One woman who enhanced her front lawn with a rather unique trio of giant dragons was shocked when she received a telling off from an anonymous neighbour – and this is the sassy way she responded. 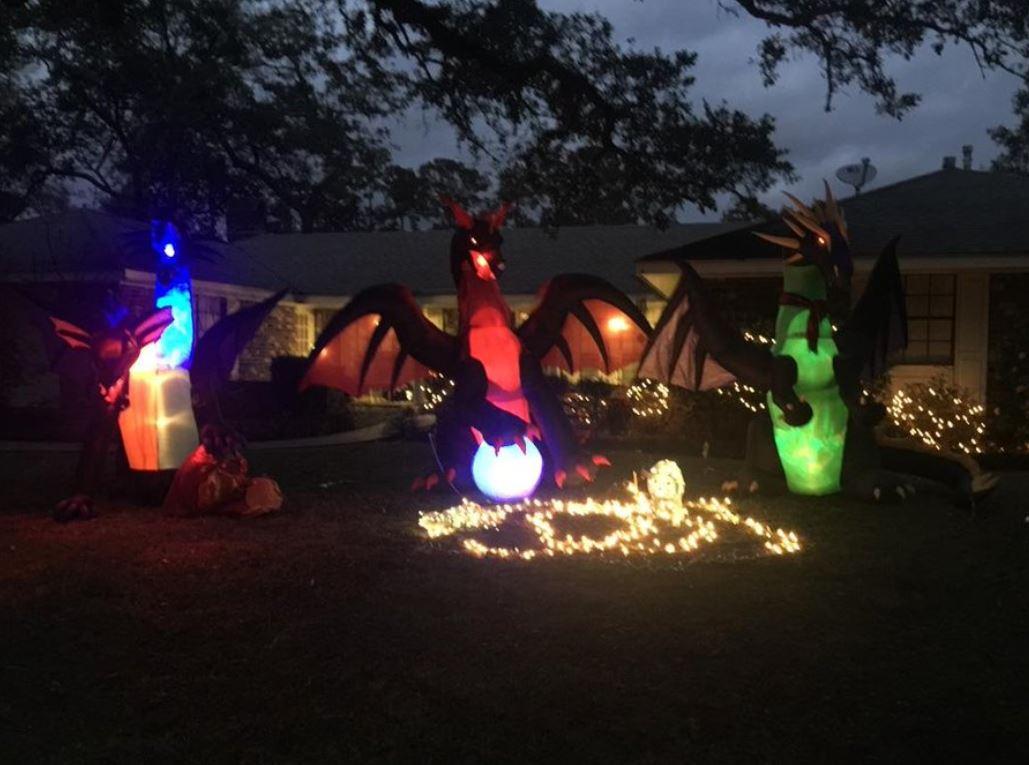 Diana Rowland took to Twitter this week to share a photograph of her garden – and an anonymous letter from a neighbour.

"Our dragon holiday display got fan mail! (And apparently the 'true meaning of Christmas' involves judgemental bulls***?)" She wrote.

The letter read: "Your dragon display is only marginally acceptable at Halloween.

"It is totally inappropriate at Christmas." 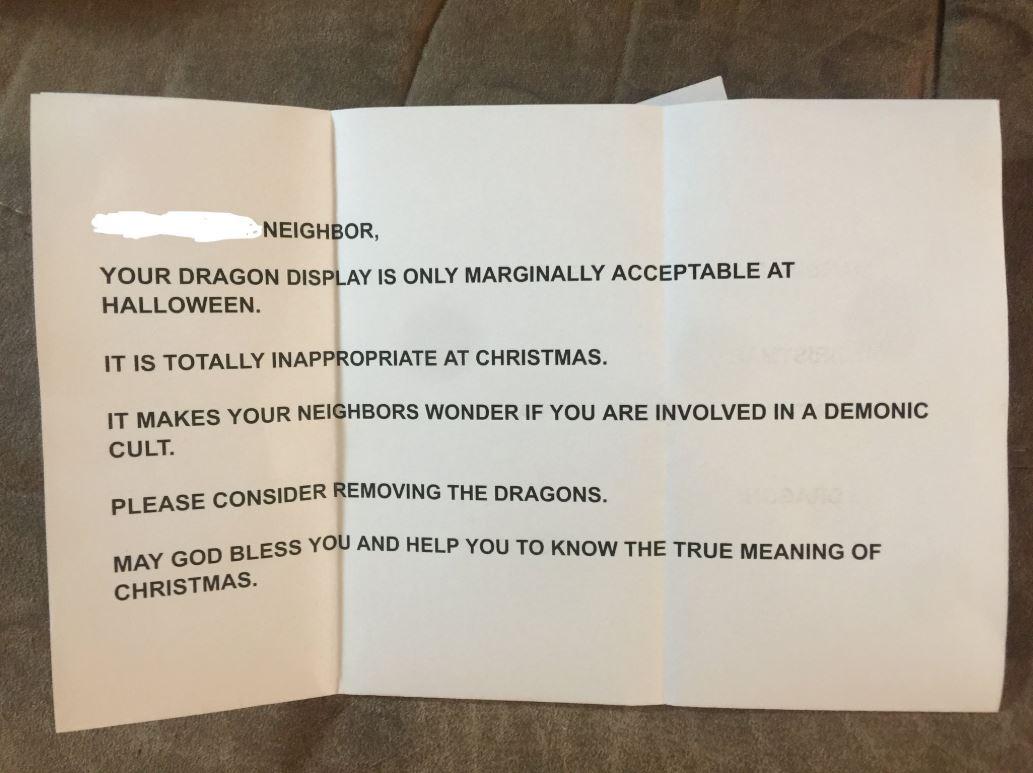 "It makes your neighbours wonder if you are involved in a demonic cult," the letter continued.

"May God bless you and help you to know the true meaning of Christmas." 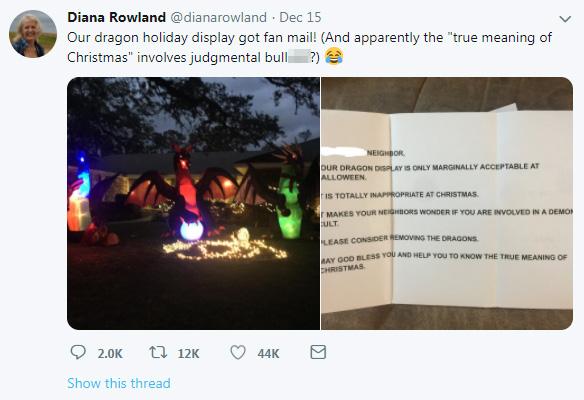 But, Diana didn't take the dragons down – instead, she added more.

Explaining on Twitter, she wrote: "I'm also rather baffled as to how the dragons are only marginally acceptable at Halloween. I guess they think I need MORE dragons?

"… An update to yesterday's tweet re the letter I received from an anonymous, judgy-mcjudgyface neighbor who disapproved of my dragon display and asked me to consider removing them: I have added more dragons."

The tweets have had thousands of likes and shares, with other users praising Diana for the hilarious response.

One wrote: "I cannot love you more" while another said: "You’ve inspired my holiday decor for next year!"

And it seems Diana has started a trend, after another fan tweeted: "They're absolutely gorgeous! MOAR DRAGONS! [Sic]"

Another suggested she add another "every day for the 12 days of Christmas".

Diana has since revealed she's had messages from people offering to buy more dragons.

She wrote: "Hi, everyone! I've been getting a lot of messages about fundraisers/collections to buy me MORE DRAGONS, but I would much rather any Dragon Army money be donated to a worthy charity of your choice.

"Let's make this holiday season about joy and charity for all. Thanks!!"

Earlier this week, we told you ‘gorgeousness coach’ claims he still gets ID’d at 47 – and a vegan diet and laughing (plus Botox) is the key to looking young.

And we showed you a waitress who earns THOUSANDS by playing with her My Little Pony dolls on YouTube.