But not everyone seems to agree with this concept – as one poor man recently found out. 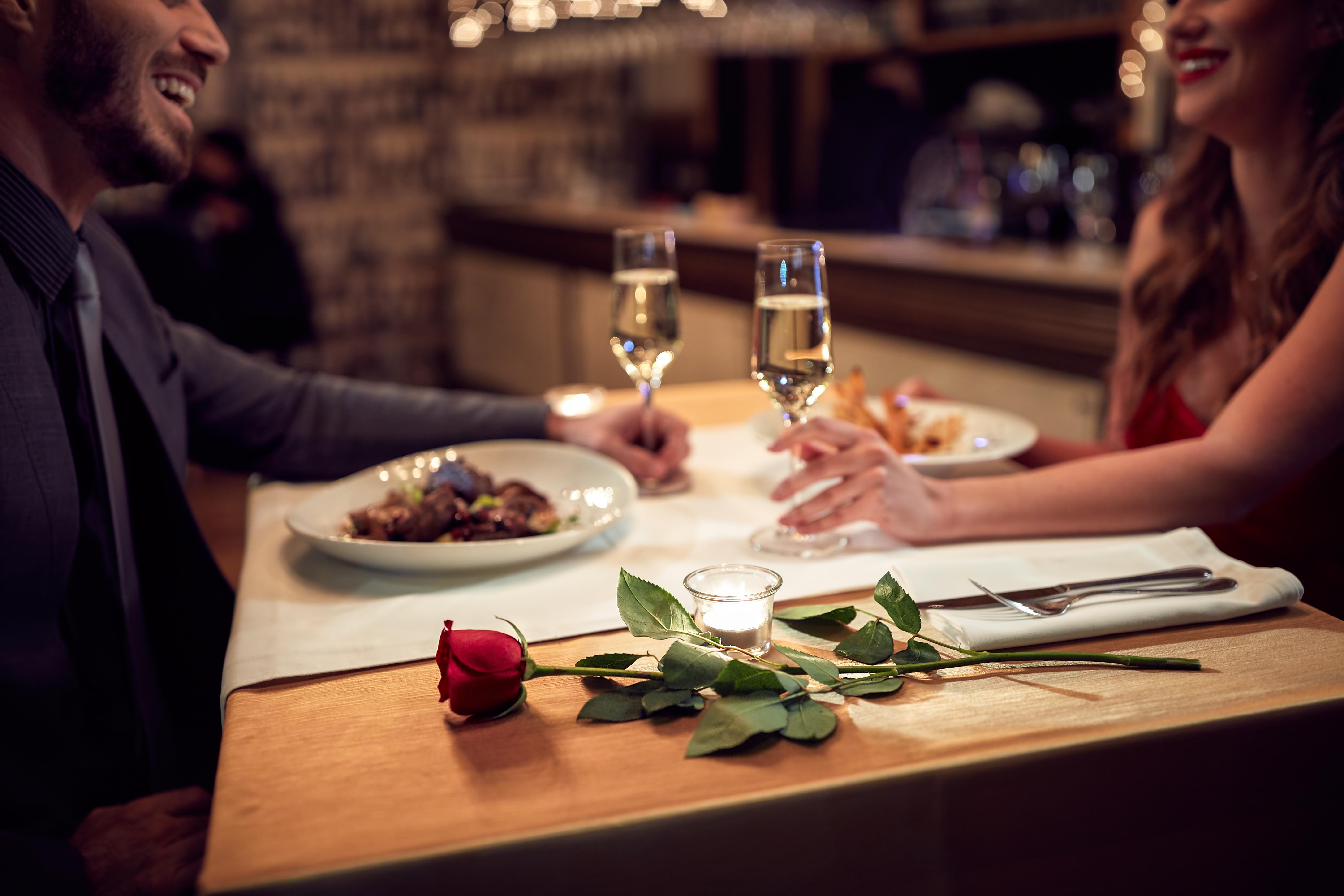 The man revealed his story on Reddit, sharing screengrabs of a barrage of angry texts he'd received from a woman he'd been out with.

He'd asked if she fancied another date, to which she labelled him "rude" for not paying for her dinner the first time round.

This was despite the fact that she'd ordered lobster and £72 wine – and he'd paid £14 for a carbonara and beer.

Bemused, the man hit back: "You invited me. You are lucky you didn't pay for my food too." 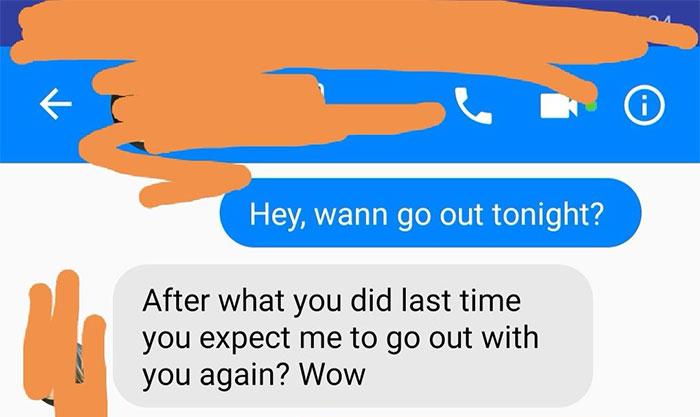 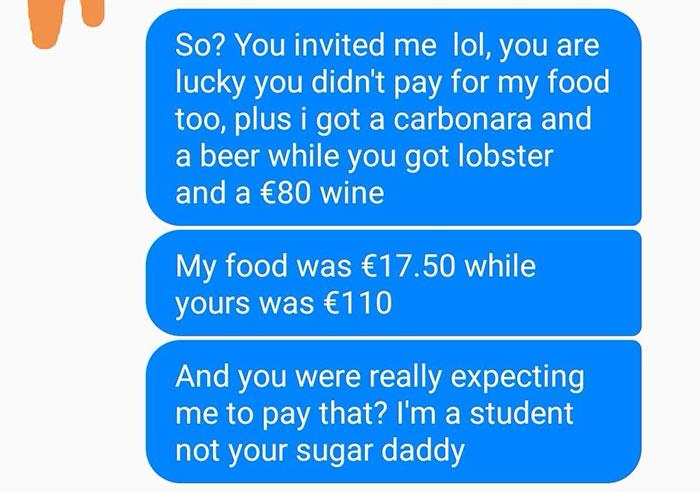 When the man added that he was "a student not your sugar daddy", his date raged: "I'm never going out with you ever again, if you can't pay for a girl's food then why accept the invite.

At this point, things got nasty.

The man claimed he'd stayed on the date while the woman spoke about another guy, before she responded: "All you wanted anyway is to have sex with me. Anyway, bye loser." 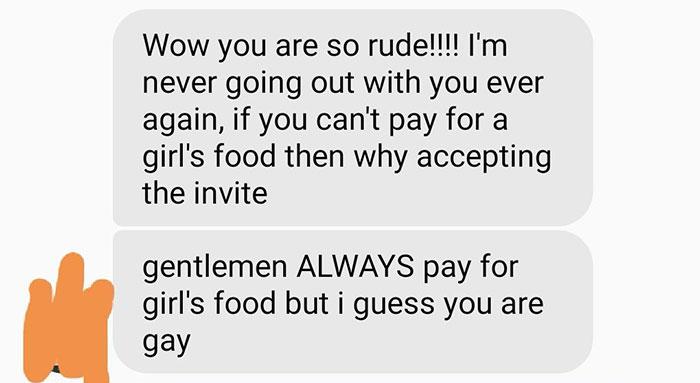 Unsurprisingly, the conversation has caused outrage among Reddit users.

One person commented: "If someone invites me out then I go because I want to see that person and would never expect a free meal. That would be selfish and entitled."

Another wrote: "I'm a girl and I always go into the mindset that I pay for my drinks/food with anyone. Guy or girl.

Would you ever let your date foot your dinner bill?

And this man's Tinder chat went viral after his crush revealed she's in hospital having a BABY.