A "MORTIFIED" woman was left hiding from her new neighbours – after accidentally flashing them when she met them for the first time.

Olivia Gomez was taking the bins out on 3rd August when she spotted the family who had just moved in next door to her in Cheshire, only days earlier. 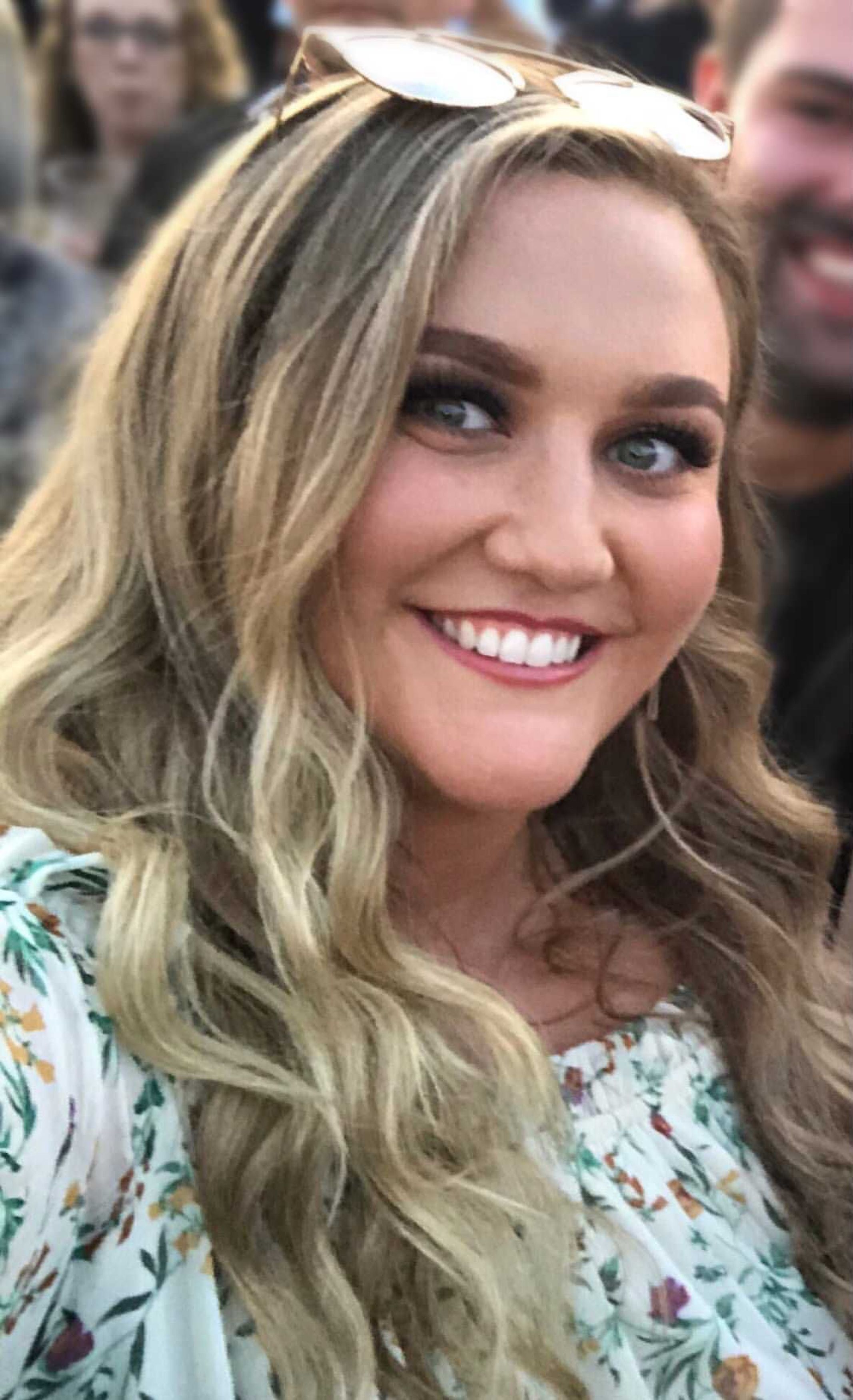 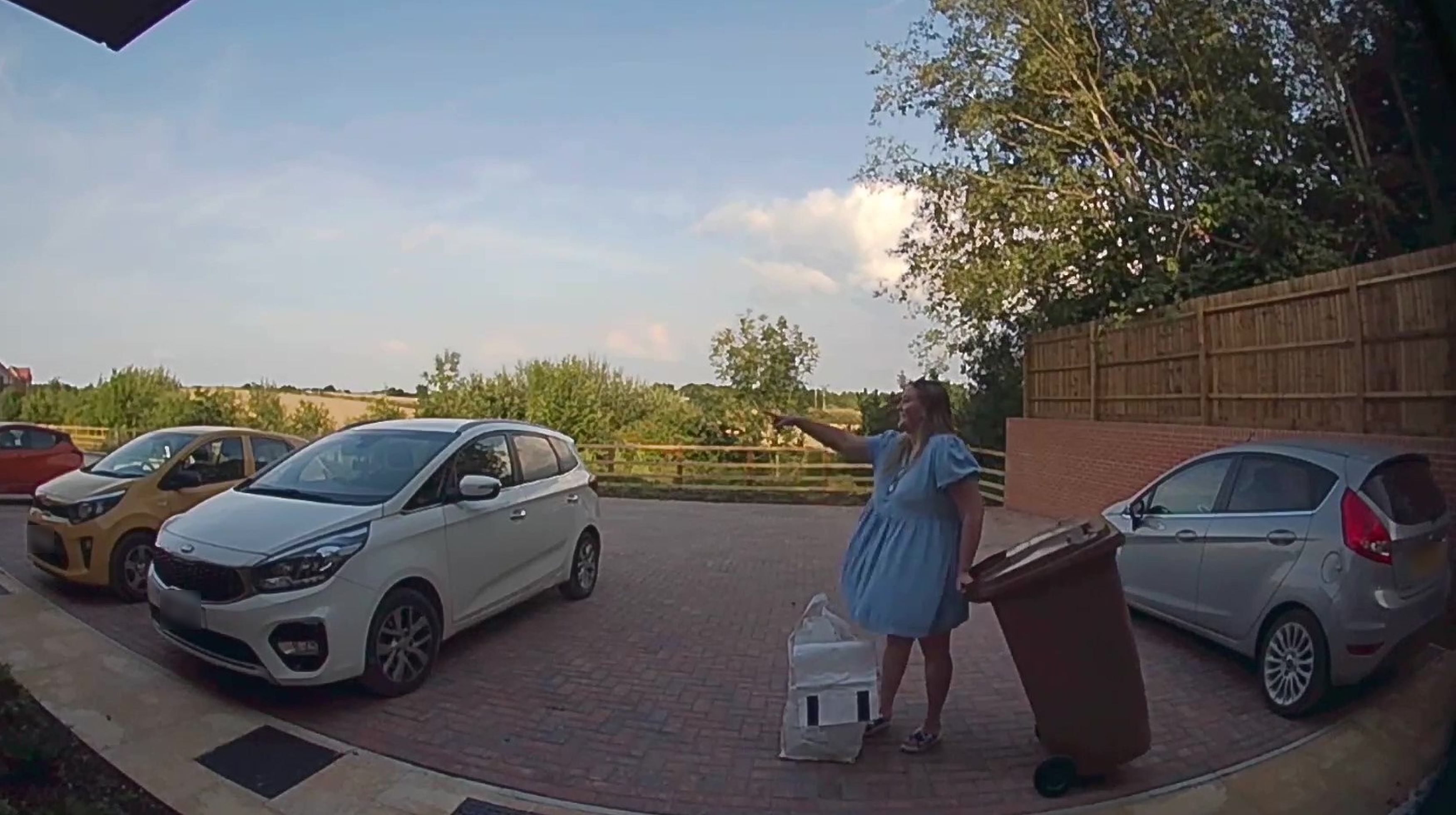 Hilarious footage shows the 26-year-old dental nurse having a natter with the neighbour on the drive way.

Olivia was in mid-flow in a conversation about "builders parking dreadfully" nearby, when she raised her hand in the air to gesture to the direction of the poorly parked tradesmen.

But the forgetful homeowner didn't realise she was carrying her recycling as well and the corner of the bag lifted her blue floaty dress into the air, giving the neighbours a welcome they weren't expecting.

Fortunately for Olivia, the family laughed it off as she joked "that's my whole dignity gone" while patting down the bottom of her dress.

Olivia said: "I was absolutely mortified but tried to play it cool and just carry on as if nothing had happened.

"Fortunately they're really lovely and just cackled about it. I just said 'that's my whole dignity gone'.

"They'd only moved in a day or so before so this was my first time meeting them.

"I was just making polite conversation while taking the bins out about some of the builders parking terribly because I've moved on to a new build site.

"I had the wheelie bin in my left hand and the recycling in my right and the bag just caught my dress as I pointed at something.

"After that I swiftly ended the conversation, put my bin out and hid from them for a week."

Olivia's hilarious footage has been viewed more than 330,000 times online with some viewers commenting that they would have to sell up and move out after the embarrassing encounter.

One said: "I would have simply put my house on the market after this bestie."

And a third said: "Hahaha there's breaking the ice and there's showing the whole iceberg. Brilliant!"

And another commenter said: "You're their favourite neighbour now!" 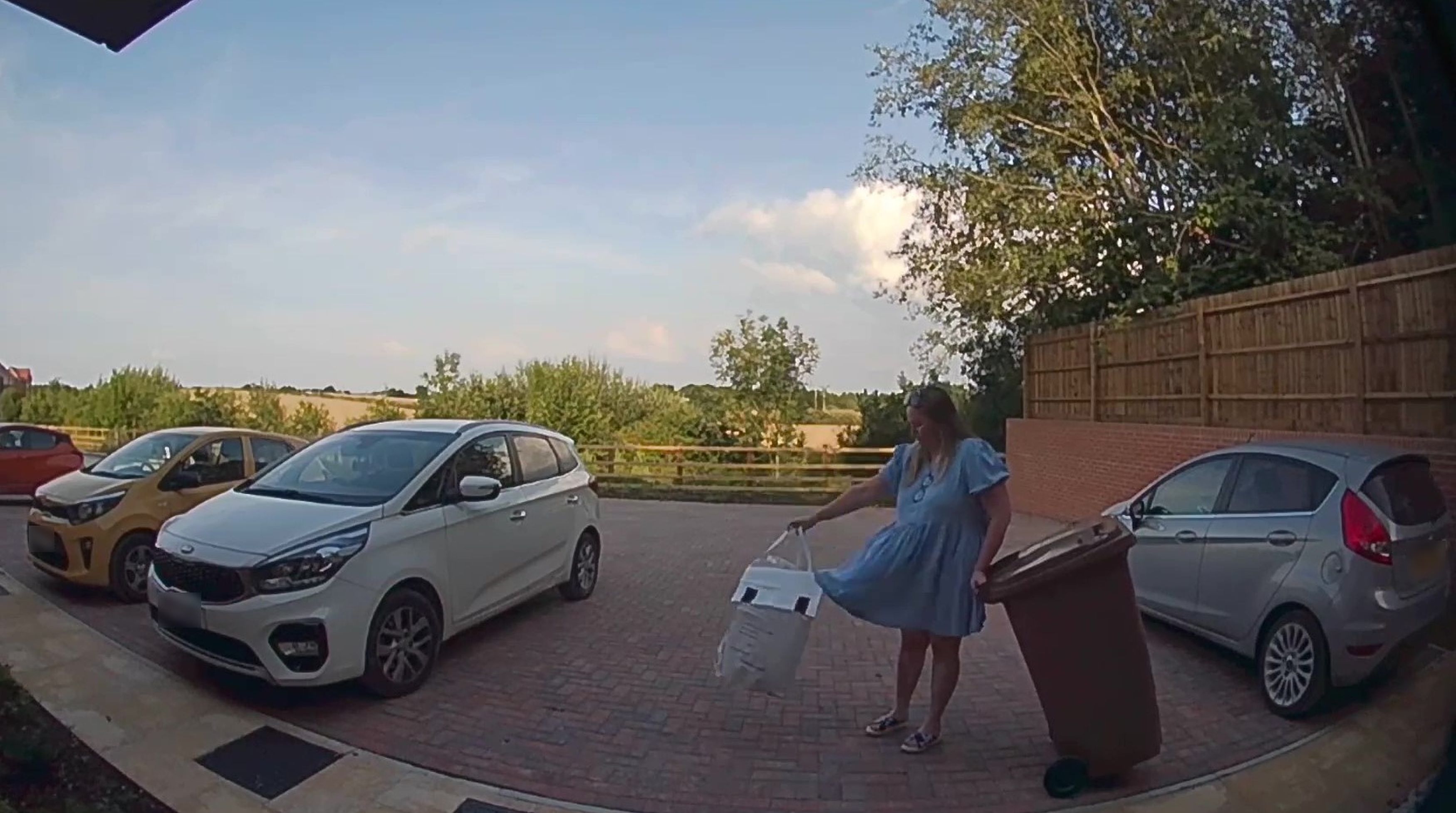 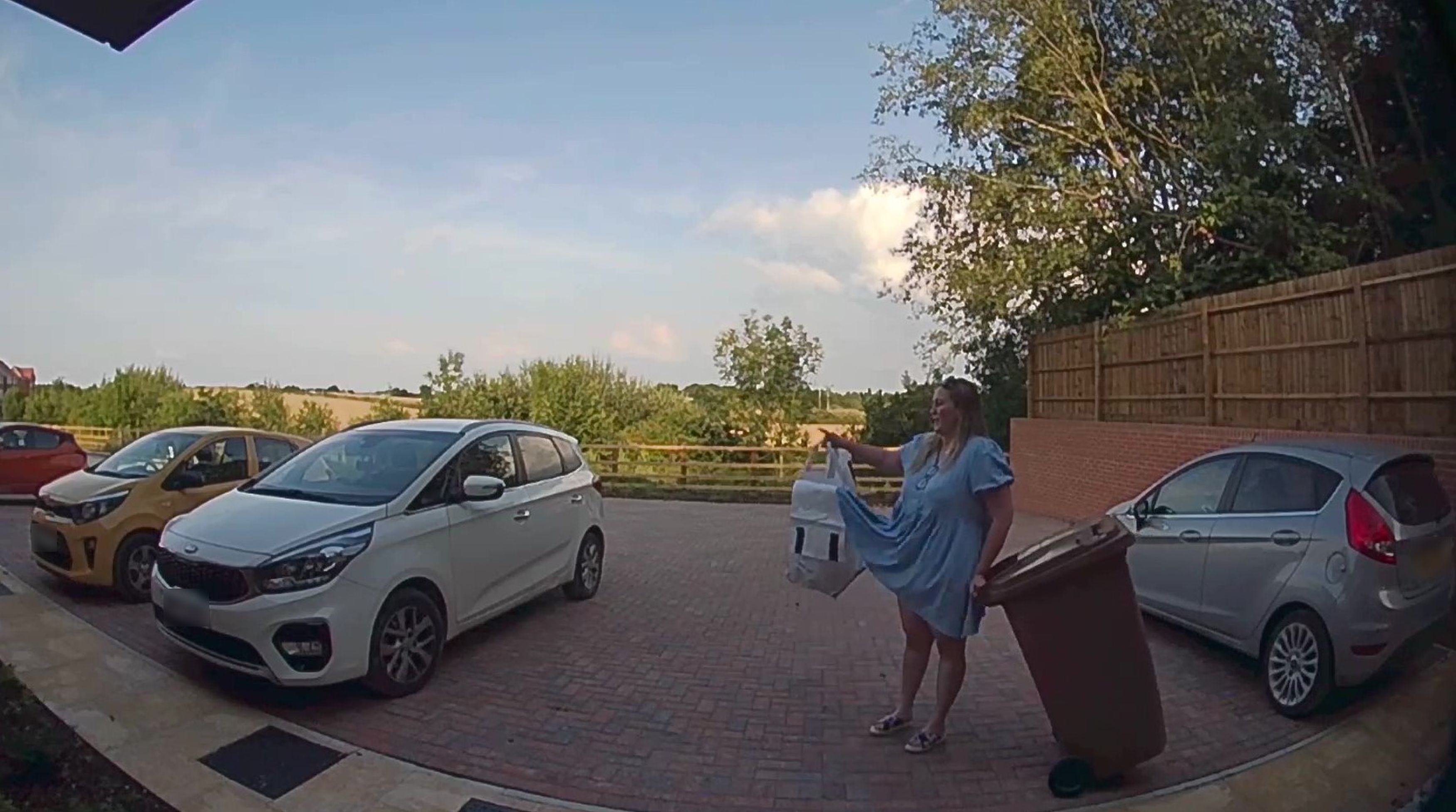 In February, we reported the story of one man who was sent a note from next door asking him to keep sex noises to a minimum.

And it was even worse for a couple who were left a recording of noises coming from their property by furious locals.

And one Twitter user shared a note asking him to "have sex quieter" – after complaints that he was he was "sharing intimate and private moments" with everyone living in his block of flats.