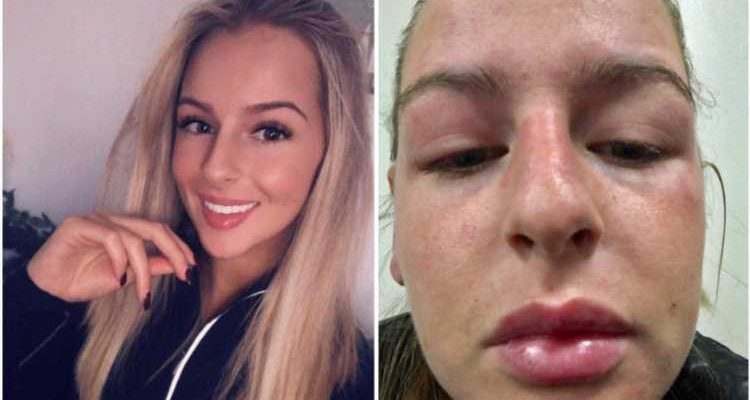 A WOMAN who suffers from an all-over body rash has told how she’s too embarrassed to look at herself in a mirror. 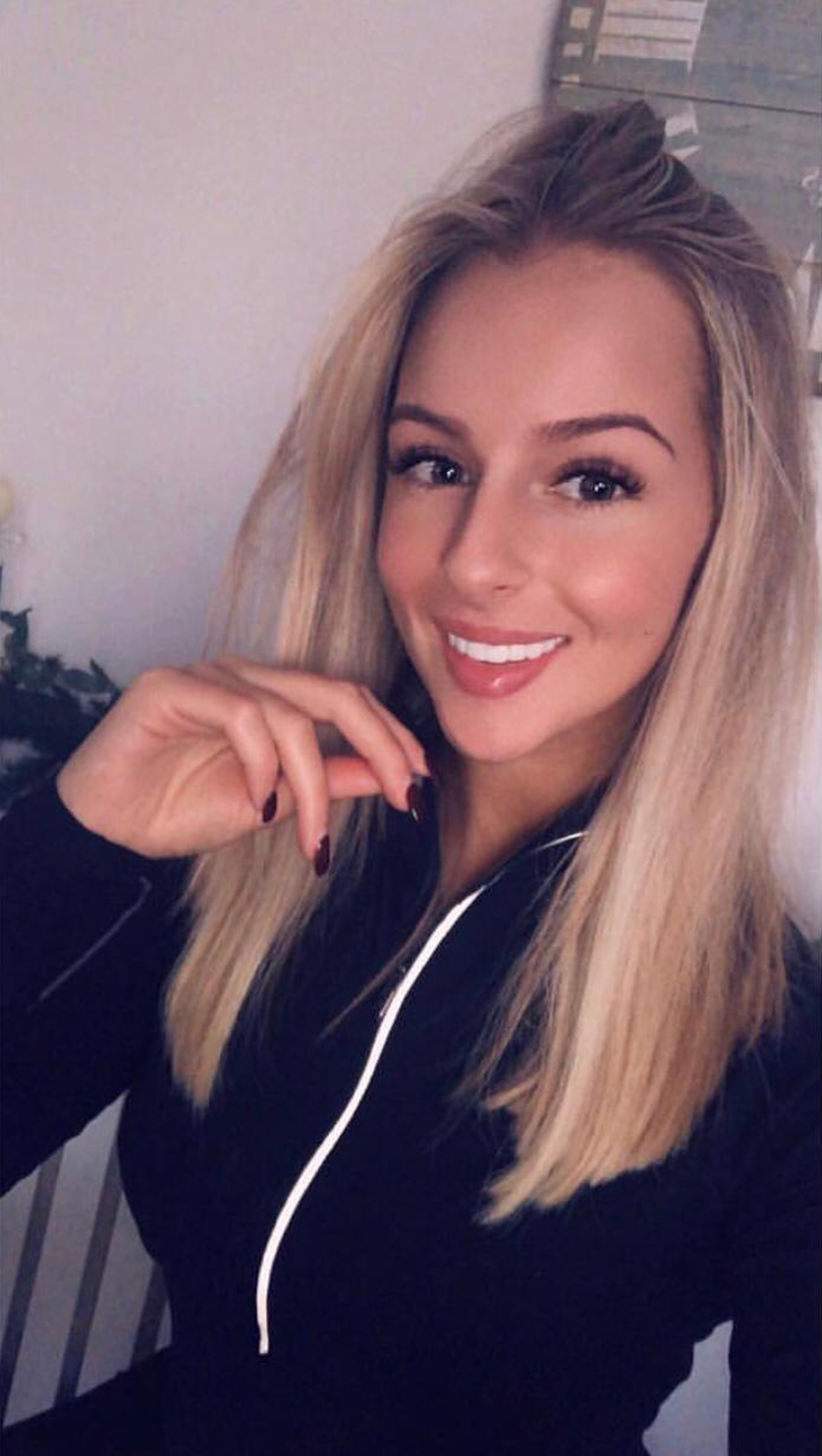 The 21-year-old first broke out in small red patches in 2017 and thought it might be due to her laundry detergent.

But two years later the patches have worsened to the point where Shauna can barely leave the house.

She suffers with chronic idiopathic urticaria that present symptoms similar to an allergic reaction but without any known cause.

And Shuana now fears she may not be able to be a bridesmaid for her dad Ronan’s upcoming wedding this summer. 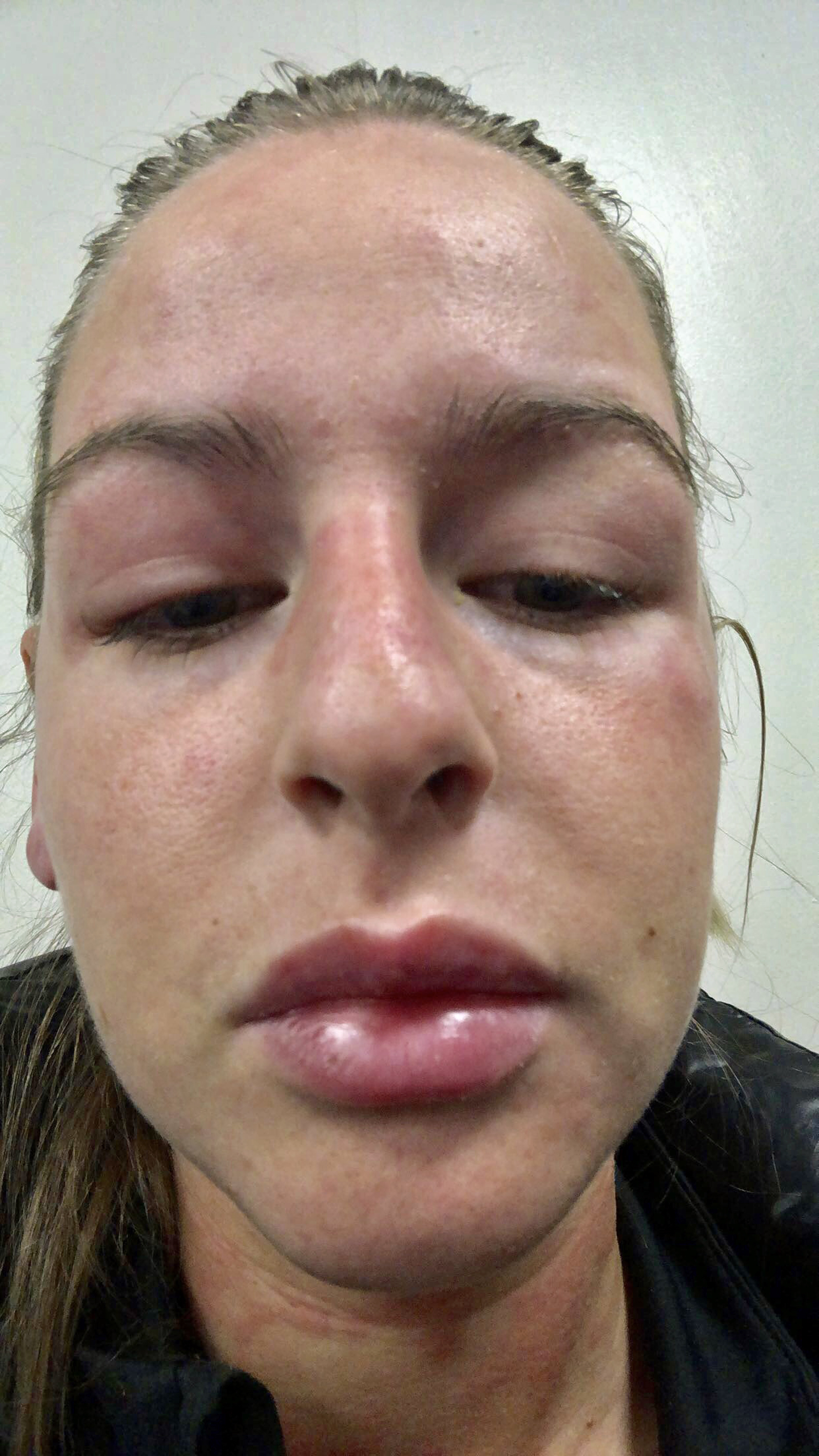 She said: “Two years ago I would have a few little dots and was fine, but now it’s constant, it’s even on my face. Every morning I wake up it’s there.

“It feels like my whole body is burning, I can feel it coming on even before it appears on my skin.

“Some mornings my eyes are so swollen I can hardly see, then the hives are hot and itchy.

“They are so red and distinctive, I even have them over the palms of my hands when I have a bad flare-up, there are large rings on my forehead and other parts become swollen.

“It’s horrible I can’t look at myself during a flare-up and sometimes can hardly leave the room and definitely don’t even leave the house.

“It is stopping me from doing so many things, I can’t make plans because if I have a flare-up I can’t go, it takes control of your life. 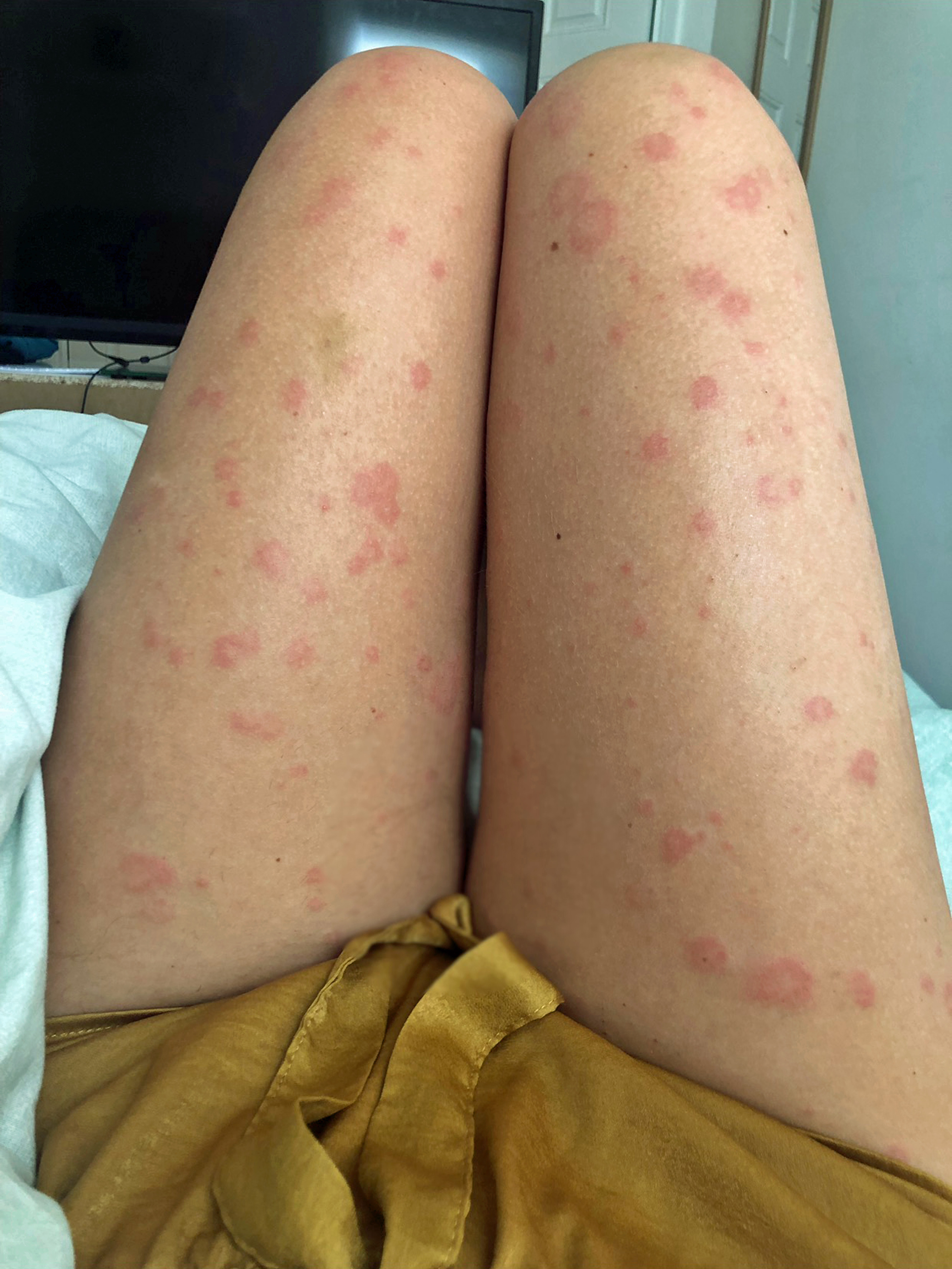 “My dad is getting married in September and I’m a bridesmaid. I’m worried because if I have a flare-up I won’t be able to go.

“The thought of wearing a dress at my dad’s wedding with the rash terrifies me.

“People think I have something contagious or that it’s ringworm. I was constantly being told I looked drained which made me feel worse.”

Shauna has been experiencing urticaria for two years. But since November last year, after having a bad flare-up, her symptoms have become worse.

She said: “It would die down initially then some mornings it will be the whole day — it’s mad how it comes up on you.

“I was worried thinking it was Lyme disease because the welts were proper rings, but after samples and tests we found out it wasn’t.” 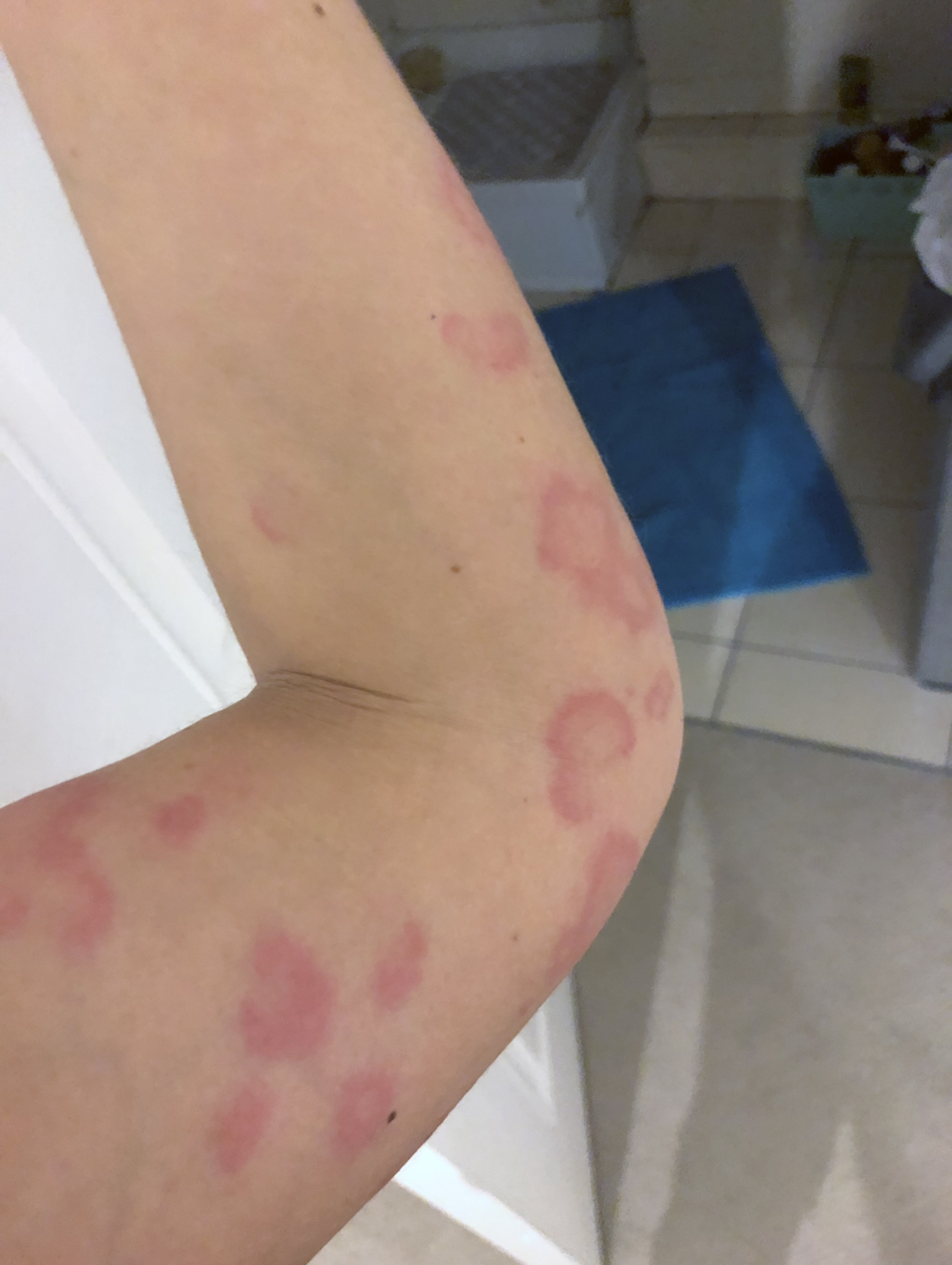 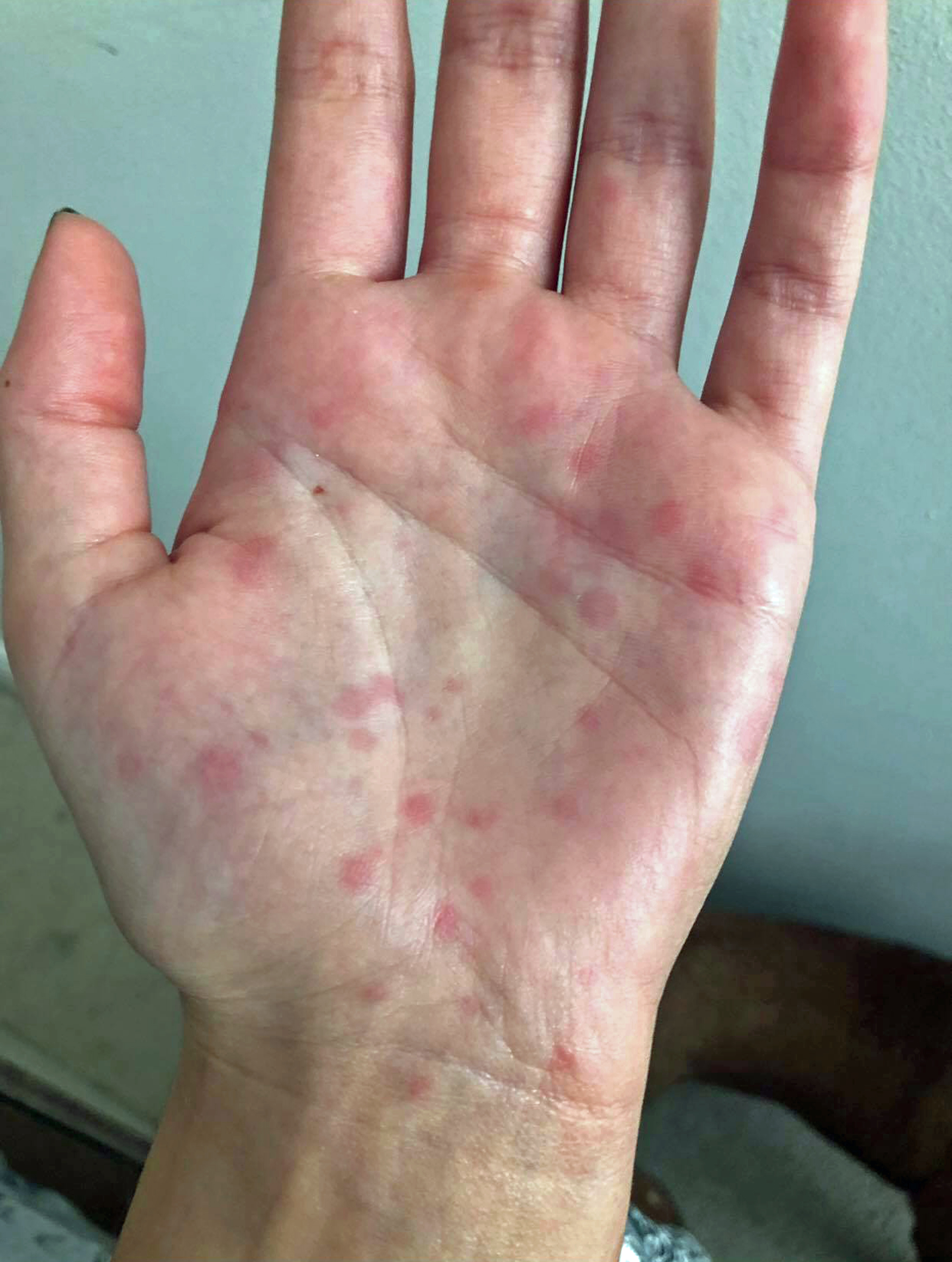 Shauna finds herself hiding away from others during particularly bad flare-ups when she is unable to cover her skin in long sleeves.

And the young woman admits going out in public is humiliating — as she constantly gets stared at.

Shauna said: “You can see people looking at you, even when you’re trying to hide it.

“No one else really understands, apart from others in the urticaria community. People think you can just take an antihistamine and it will go away.”

Shauna expresses her concerns for the future if she can’t access stronger drugs — such as Xolair which helps many urticaria sufferers.

She said: “I wake up worse every day. It’s affecting my friendships, I can’t go on nights out with this rash all over my arm and when I worked in retail it was horrible.

“I’m worried especially for my dad’s wedding and summer, when I won’t be able hide it because of the weather getting warmer.

“When I break out, I definitely won’t be able to wear a bikini.”

Meanwhile two conjoined twins who were "cut in half" age four and now live with one leg shared their inspirational story.

And a mum has told her heartbreaking story of twins who were torn apart in the most tragic of circumstances.