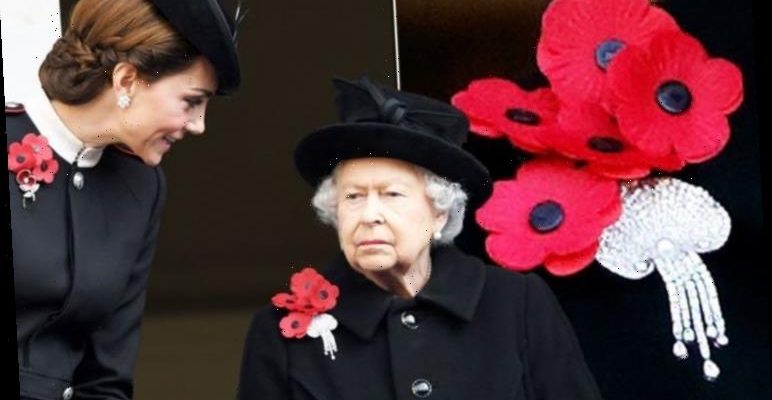 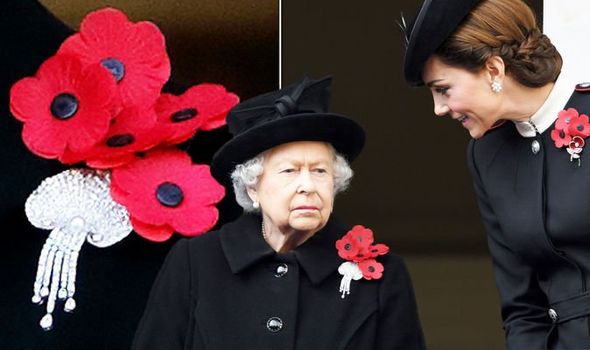 In 2018 the Queen arrived at the Sunday Remembrance Day wearing, as is etiquette, black. The 93-year-old was joined by Camilla Parker Bowles and Kate Middleton.

On her left breast the Monarch wore five poppies, above an enormous diamond brooch.

The piece was the Queen Mother’s Shell Brooch, and it looks like an oyster with a shell made of solid diamonds, strings of diamond hanging from it and a large pearl in the middle.

Many questioned exactly why the Queen was wearing a bouquet of poppies, while Kate and Camilla wore three each.

There have been suggestions that the Queen’s five poppies represent each service in the war, the Army, the Navy, the RAF, the Civil Defence and women. 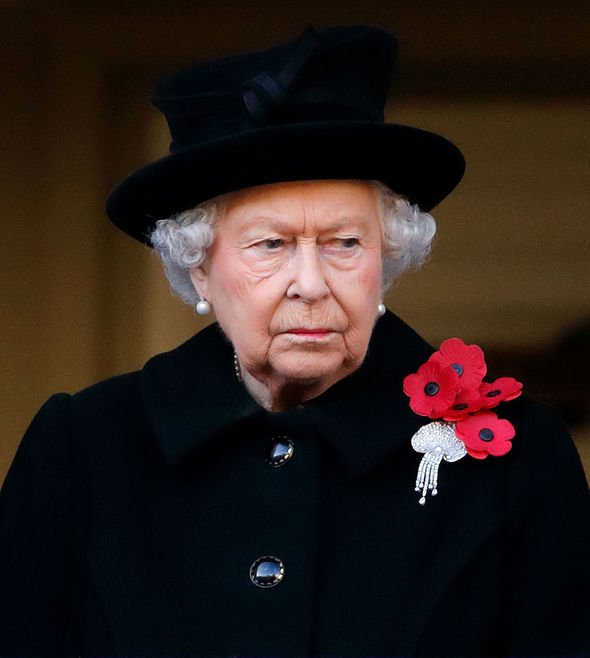 Marlene Koenig of the Royal Musings blog has said: “The Queen has worn five poppies for some years now.

“Although the Palace has never said why, it is possible that the Queen honours all those who have died in the five branches of the British military.”

It may also be considered appropriate that the Queen wears five poppies to cement her position as head of the Royal Family.

However, it may simply be a style choice.

In 2017 the Queen wore three poppies, over a huge diamond borsch in the shape of a bow.

Camilla Parker Bowles, who stood by her side, was also wearing three.

In 2016 however, the Queen wore five poppies again.

Meghan Markle, who was at the event in 2018 – although not stood with Kate, Camilla and the Queen – wore one poppy. 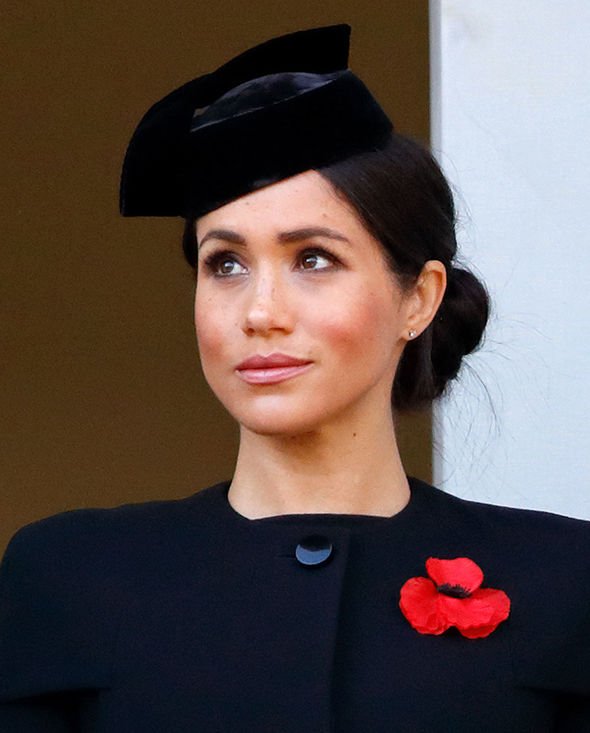 However, unlike the other three royal women, she did not wear a traditional Remembrance poppy.

She wore a large fabric poppy on her blouse instead.

Of course, it is not really the number of poppies that any one person wears that matters, but the sombre remembrance of the millions of lives lost in war, those of British soldiers and other soldiers worldwide.

The Queen always wears the poppy on the left, as everyone is instructed to do.

This is because it is closest to the heart. Military medals are also pinned to the left. 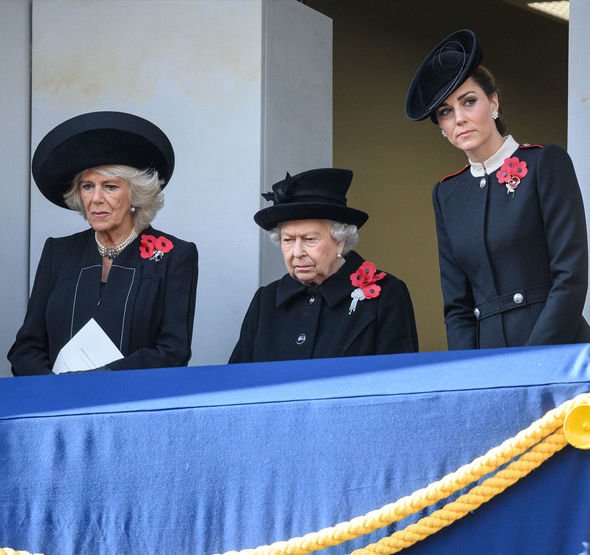 However, the British Legions says: “The best way to wear a poppy is simply with pride.”

However, wearing a poppy frivolously, such as in the hair, might be considered to be in poor taste given the sombre nature of the day.

Why do we wear a poppy on Remembrance Day?

The poppy is worn as symbol because it is reminiscent of the poppy flower that grows on the fields of northern France and Belgium.

These are the areas where many battles took place during the war. The Royal British Legion sates the red poppy is an emblem of remembrance and hope and stresses it is not “blood” red or a sign of support for war and death. 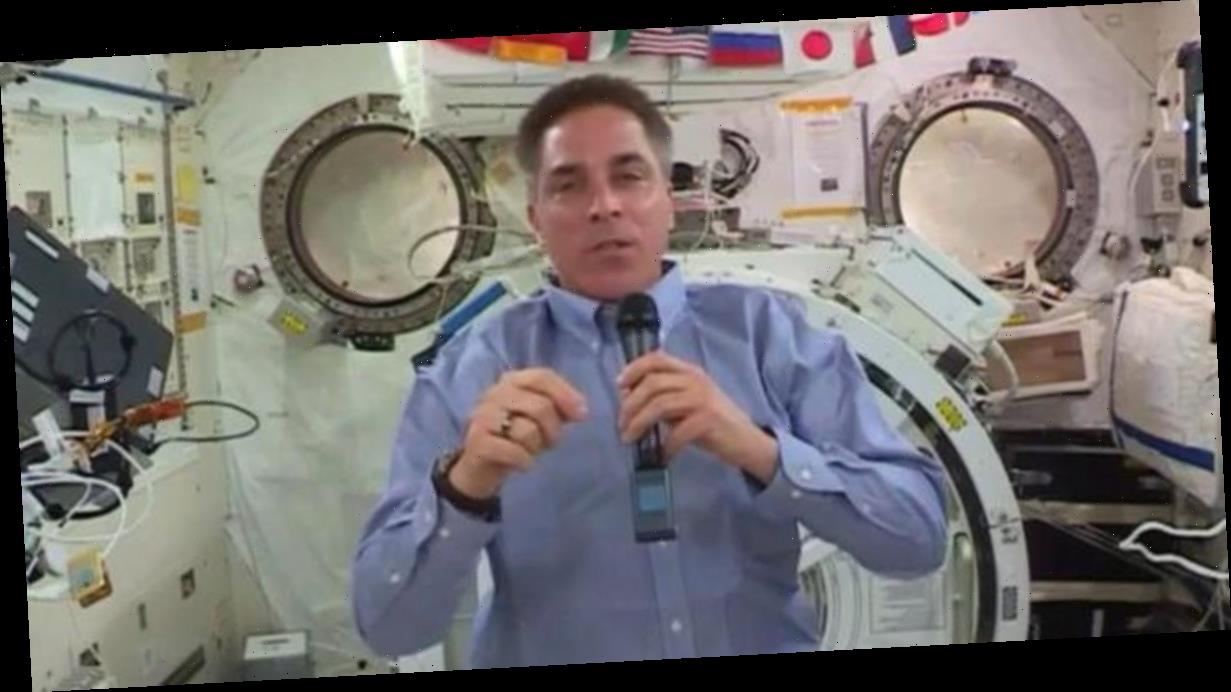