PORTLAND, Ore. — “This is a Crown zipper from the late ’40s,” said Bennie Goodson, the general manager of Langlitz Leathers, an Oregon store that is a magnet for the motorcycle world. “Try it. You’ve never felt a zipper action that smooth.”

Zippers that date from the Truman presidency may not seem the most desirable hardware to most, but Tommy Lee Jones, Don Simpson and the Dylans (Bob and his son Jakob) would disagree. For bikers — or those who want to look the part — Langlitz is the equivalent of a couture house: a symbol of a value system that exists outside today’s world of fast fashion, social-media-seeded drops and product placement.

Langlitz jackets are still made by hand and sold exactly the same way they were when the company was founded by Ross Langlitz in 1947. It doesn’t advertise, and the garments carry no external branding; while each jacket is unique, the only people who will know that it’s special are other Langlitz owners, and there aren’t many. 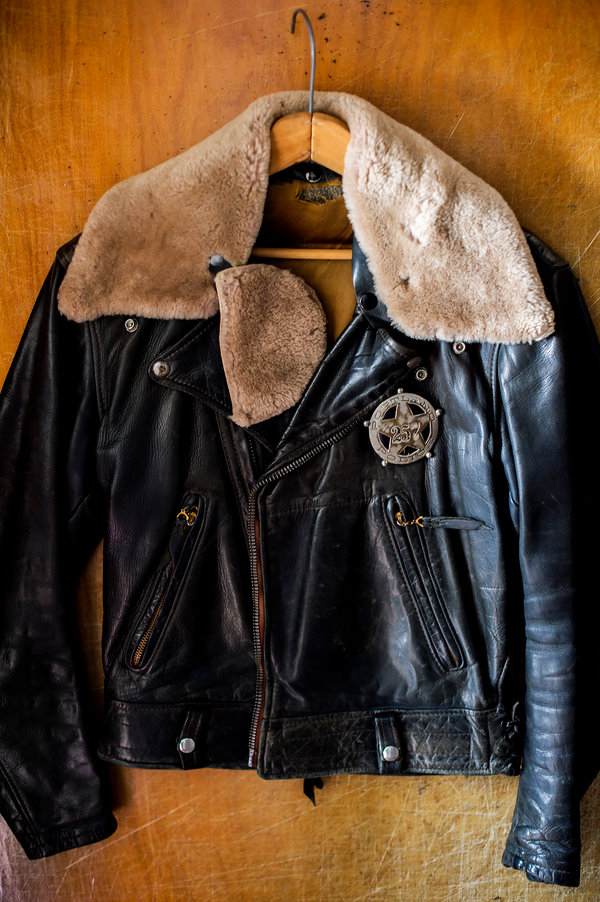 Only about a thousand people will take possession of a new Langlitz this year, at prices ranging from $1,000 for a base model to over $2,000, depending on customer options. (That Crown zipper alone adds $150, when it’s still available at all.)

Chris Page, a Nike executive who is also the president of a local racing club, recently picked up his first Langlitz. “Of course it fits, and it has the features I wanted,” Mr. Page said. “But there’s more to it than that. The person who cut it, the person who sewed it — they’re right there. The moment I put it on, I knew I’d have it for the rest of my life, and I could feel that entire trajectory.”

An avid motorcyclist whose passion cost him a leg and kept him out of World War II, Ross Langlitz won dozens of races in the Pacific Northwest in the late 1940s, a hobby that introduced him to numerous returning servicemen who often wore surplus leather flight jackets while on their bikes.

Mr. Langlitz found that such garments didn’t fit well when he was hunched over his bike, so he took one apart and modified it, using the skills he had picked up while working in a glove factory during the war. Then he made a jacket from scratch. Portland racers pestered him to make jackets for them, too. His first style, the Columbia, is still the best seller.

As demand took off, Langlitz moved to larger and larger facilities. (The company was originally named Speedway Togs; in 1950 it became Langlitz Leathers, with every jacket made to order.)

By then there were a half-dozen styles, along with three basic pairs of leather trousers. Those are still the main products, although a wide range of options — Cossack or dress collars, belts, extra padding on the elbows and shoulders — ensure that no two Langlitz jackets are the same. Even the pocket lining is up to the customer; most are canvas sailcloth, but leather is also an option. (The catalog still refers to leather lining as a “gun pocket.”)

Langlitz Leathers moved to its current location on Southeast Division Street in Portland in 1972. Ross retired in 1982 and died a few years later, leaving the business to his daughter Jackie. Ross’s granddaughter Judy is the last family member actively involved in the business, and although she is rarely in the shop these days, the old ways are preserved with near-religious fervor.

The current catalog still uses photos of Ross modeling his own jackets, taken around 1950, and the shop remains a shrine to the golden era of American motorcycle racing in the ’40s, ’50s and ’60s. It is full of Ross’s racing trophies, and motorcycles that, if you look closely, were modified so he could ride them with one leg.

Local customers come into the shop to be measured, and some fly in from around the world. Most long-distance customers, however, mail in an order form. “We could have people order online, but we find that we get more from seeing the form,” said Mr. Goodson, who has been at Langlitz for six years. “If a number is scratched out and changed, we know the customer might be having trouble with that measurement.”

Customers are also welcome to sketch their own special requests. The order form also includes a box that customers can check if the jacket won’t be worn on a motorcycle, so the fit can be adjusted accordingly.

A cutter takes that order back to an alcove where hundreds of Ross’s original cardboard patterns are archived, traces it onto kraft paper and adapts it to suit the customer’s measurements. (Kota Kakutani, who has been a cutter for 14 years, called the process “putting in the pluses and minuses.”)

The cutter then picks out hides. Nowadays, most are goatskin or cowhide, which is available in three thicknesses. There’s a choice of lining material, too; nylon (which is durable) or a cotton-rayon blend (a little softer.) Both materials are milled in the United States.

Once the leather and lining have been cut, they are bundled with the order form and put on a cart. A seamstress picks a bundle and does all the sewing on a vintage Pfaff sewing machine. She (they’re all women) works on an entire garment from start to finish, down to the zippers, rivets and snaps. There’s nothing resembling an assembly line, and no piecework.

Each seamstress manufactures one or two jackets a day, depending on the complexity of the pattern and the customer’s options. Job security is not an issue, because there is always a backlog of several hundred orders.

For the last 20 years, Langlitz has also supplied a Japanese distributor that operates boutiques in Tokyo and Nagoya, where staff members help take measurements and translate the order form. About a third of total production is now sold to Japanese customers.

Langlitz also takes jackets back for sale or consignment. Those sell for a few hundred dollars, but older jackets in very good condition have gone for upward of $5,000 on eBay.

If Langlitz’s business model has a flaw, it’s that each jacket is built to last a lifetime, if not longer. However, there’s an old motorcycle truism that goes, “There’s only two kinds of riders: those who have crashed, and those who will crash.” So the shop has a seamstress dedicated to repairing and reconditioning.

Indeed, under one old glass counter, in among hard-core biker memorabilia, there’s a handwritten note in a small frame, thanking Langlitz for “your time and patience in helping to fix and preserve my favorite jacket.”

Its author is Ralph Lauren.