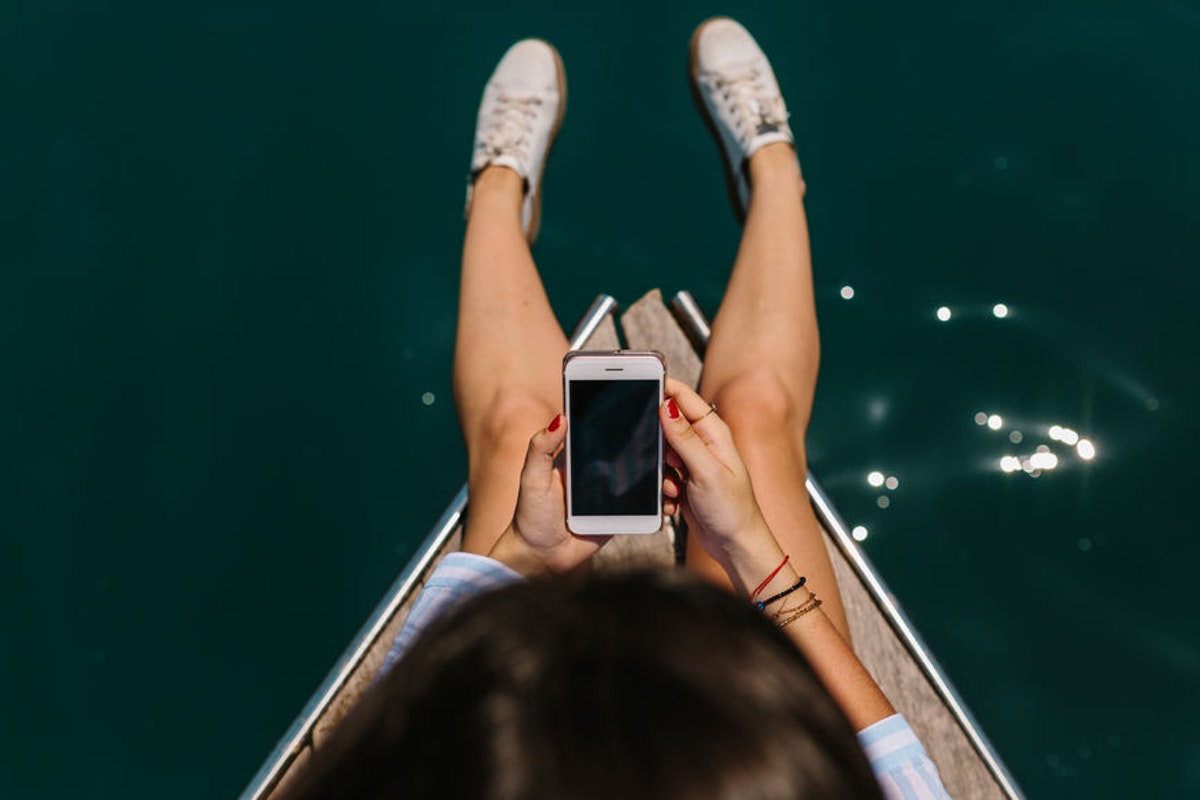 Have you ever found yourself in the middle of doing something you love — be it yoga, writing, dancing, or even playing chess — and the whole world seemed to just melt away? No anxiety, no worries, not a single care in the world? Well, if you have, there’s a name for such a feeling, and it’s called being in "flow." And while doing things you’re passionate about can inspire that feeling of flow, a new study says that playing certain games that are good for anxiety can also help you achieve that unique sensation.

And which games are good for anxiety, you may ask? Tetris — yes, really. According to the results of a new study, playing Tetris may help to soothe a worried mind, all because it induces that feeling of flow. As per ScienceDaily, a state of flow "makes the rest of the world fall away, and time pass more quickly," and while Tetris may be the last thing you’d ever suspect to induce such a blissful state of mind, this new research argues it really does work.

For the study, which has been published in the scientific journal Emotion, researchers from the University of California at Riverside (UCR) recruited nearly 300 undergraduate students and told them "the study would be about physical attractiveness," as per ScienceDaily. After filling out a questionnaire, the students had their photos taken, and the researchers told them that students in another location would be rating them based on their "physical attractiveness." Which, you know, sounds like a pretty awkward, uncomfortable experience, right?

While the students waited for their "ratings," the researchers told them to play some Tetris to pass the time, for about 10 minutes total. The students were given the choice to play the game at three different levels, according to ScienceDaily: an "easy" level, an "adaptive" level — meaning the difficulty of the game increased as the participants got better at playing — and finally, a "difficult," or "high challenge" level. When they were done playing, the students filled out a survey to measure their general emotions, which included questions about both feelings of flow and worry.

After all of that, the researchers finally revealed to the students that no one had been rating their "physical attractiveness" at all over the course of the study. Rather, this was simply meant to make the participants just a little bit uncomfortable, so that the researchers could get a feel for how Tetris might soothe their worried minds.

And in fact, that’s pretty much exactly what happened. According to the study’s results, Tetris was shown to be effective in "bolstering positive emotion and mitigating negative emotions" for the students, and yes, it even induced a state of flow for those who chose to play the "adaptive" level of the game.

As per ScienceDaily, UCR researcher Kate Sweeny said in a statement,

And BTW, this doesn’t mean Tetris, and Tetris alone, can ease a worried state of mind and/or induce a state of flow. The real point here is that doing something that’s just challenging enough to engage you, but not totally defeat or bore you — i.e., in this experiment, the "adaptive" level of Tetris — can be really beneficial for your mental well-being.

To that point, Katie Ziskind, a licensed marriage and family therapist based in Connecticut, tells Elite Daily in an email that a state of flow can be achieved through a wide variety of activities: yoga, playing sports, playing chess, video games, or really, truly, any place where a person feels confident, engaged, and safe. In the flow state, Ziskind explains, you are "completely present in the moment."

But why exactly is it so good for you to experience flow on a regular basis? Well, according to Ziskind, many of us are, oftentimes, in a state of stress or anxiety, even when we’re not actively waiting for something uncomfortable or unpleasant. The therapist tells me that many people spend a lot of their time thinking about the past, feeling regretful, and/or worrying about the future. So, when you think about it that way, it’s always a good idea to counteract those stressful thoughts with something that’s more calming and soothing.

"The flow state," Ziskind says, "is where these worries are not there."