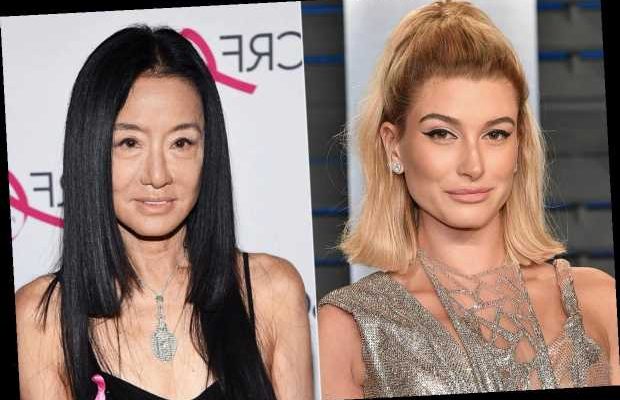 Hailey Baldwin may have chosen a streetwear designer for her ceremony gown, but she enlisted the help of celebrated bridal designer Vera Wang for her wedding reception look.

Speaking with PEOPLE at the New York City premiere of HBO’s Very Ralph at The Metropolitan Museum of Art on Thursday night, the fashion icon — who’s designed wedding gowns for everyone from Victoria Beckham to Mariah Carey — said being part of Baldwin’s big day was an honor.

“I was very happy because I adore her style,” Wang, 70, told PEOPLE. “To me, she’s like a dancer: she has a long neck and back. She wears clothes in her own way and adds her own style to it. And she’s cool.”

The 22-year-old model, who married Justin Bieber for the second time in South Carolina on Sept. 30, wore a custom Off-White wedding dress for the ceremony, then switched into a halter-neck dress for one half of the reception, before changing into a sexy, custom Vera Wang slip dress for the reaminer of the night.

She incorporated her signature style (the formula: high-end pieces plus edgy athletic wear) by adding white sneakers. And Wang approved!

“I relate to her because I think I’m a teenager,” Wang joked. “I’m just very happy that she wore it and she partied in it and she wore it with sneakers and that’s just my kind of deal. It couldn’t have been a better thing for us.”

“Too cool for school. Laughing bride. X V,” the designer wrote on Instagram, alongside a black and white photo of the newlyweds on the dance floor.

Baldwin wore her blonde hair pulled back into a low bun, putting her sparkly Tiffany & Co. diamond studs on full-display. According to a press release from the jewelry brand, the platinum-set studs total more than five carats and are worth $123,000.

Also during her reception, Baldwin sported a Celine leather jacket with “Wife” embroidered across the back, slipping it over her second white wedding dress for the evening.

Close pal Justine Skye, who attended the wedding and hung out with guests like Kendall Jenner, snapped the cute jacket photo and featured it on her Instagram Stories. Baldwin also posted a photo wearing the design saying, “also thank you so much for these jackets @celine will basically be wearing this for the rest of my life 💕.”