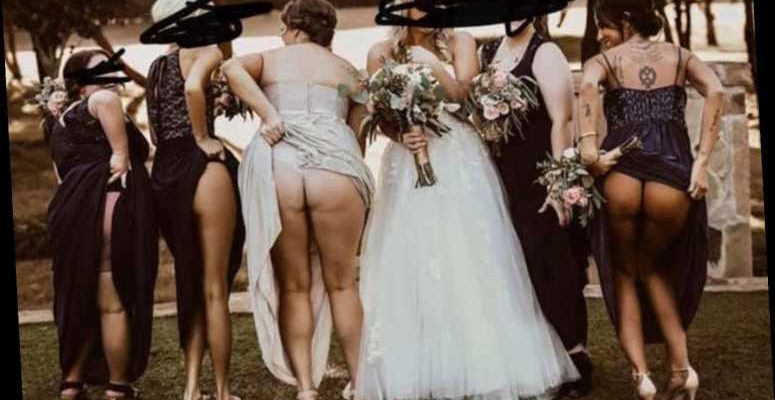 THESE "trashy" bridesmaids have been shamed for flashing their bums in a bizarre wedding photo.

The group snap, which was posted on Facebook and then on Reddit, shows four bridesmaids lifting their skirts. 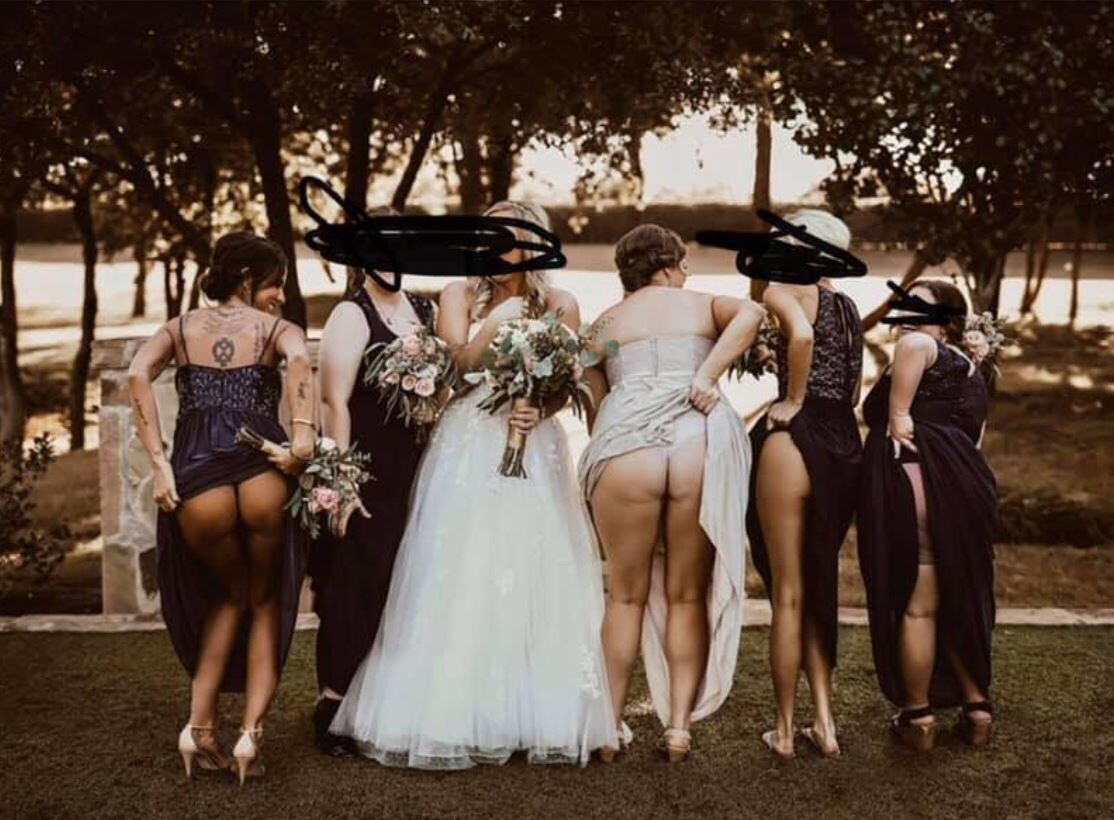 But one of the bridesmaids, and the bride herself, have decided not to get involved.

Commenting on the Reddit thread, a horrified bloke said: "That poor girl just to the left of the bride.

"She clearly wasn’t comfortable participating and rightfully so, this is just… weird.

"There is no one I am close enough friends with or love enough to want to do that for them".

Another agreed, writing: "That must’ve been an awful experience", while a third labelled the group "trashy".

While others said: "I think I would have stepped out of the picture all together" and "there's no one I like enough to do that for."

Earlier this week, we reported on a wedding guest who was caught cheating with a MARRIED father in a photobooth – after the DJ releases pictures of them kissing.