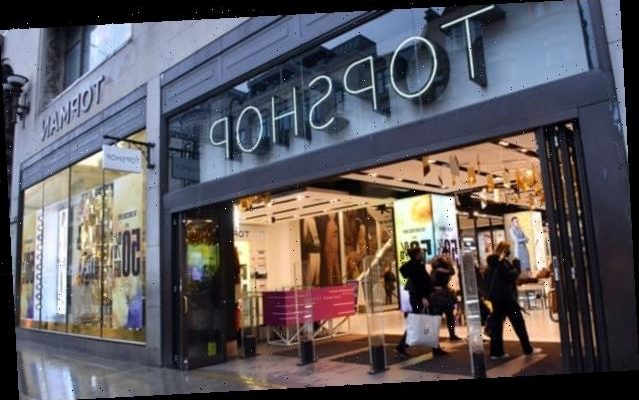 Topshop’s administrators are seeking bids of up to £200m for Sir Philip Green’s fashion chain as they try to seal a deal before Christmas.

Initial bids are expected to be filed by the end of next week as part of a flurry of retail rescue attempts that could kick off with Debenhams on Friday .

Sources said staff at Debenhams’ head office had been warned they could face consultation about redundancy on Tuesday, but the process was paused as administrators race to finalise a deal with Mike Ashley’s Frasers Group, formerly known as Sports Direct.

Boohoo is seen as the most likely buyer for Topshop, as one source said Green, whose family is a major creditor to Arcadia with an outstanding £50m secured loan, was backing the online specialist’s approach.

However, administrators at Deloitte are bound to seek the best value possible for Topshop, leaving the door open for other potential bidders for Arcadia’s brands, understood to include Next, Marks & Spencer, private equity groups such as Alteri, as well as Frasers.

Some industry insiders believe supermarkets such as Tesco, which houses 30 Dorothy Perkins concessions, might look at some Arcadia brands.

It is understood administrators have seen a significant number of expressions of interest across the Arcadia brands. Several sources said administrators were seeking as much as £200m for Topshop, the group’s prime brand, but one said “it doesn’t mean they will get that”.

Meanwhile administrators for Debenhams are duty-bound to raise as much money as possible from Debenhams’ assets and want to sell off stock during the festive peak selling period if Ashley will not pay more than they could raise from trading the stores. Frasers initially offered only half the £300m wanted by Debenhams’ debt holders, but Ashley is now thought to have raised his bid.

Discount signs have started going up in Debenhams store windows in recent days as the liquidation firm Hilco prepares to clear stock if a deal cannot be struck and the group’s 124 outlets head for closure by March.

If a deal can be agreed, it is thought Ashley will take on a large number of the group’s stores under licence from administrators at the advisory firm FRP, but is ultimately likely to keep no more than half.

Ashley has long sought to gain control of Debenhams, which he wants to merge with his House of Fraser department stores in order to reduce combined costs, secure key stores and gain Debenhams’ stronger own brands such as Maine and Mantaray.

But on Thursday, Chris Wootton, the finance director of Frasers, told Sky News that whether the company would be interested in “some or all or none” of Debenhams was “still to be decided”.

Frasers is in a strong to position to snap up collapsed rivals as most financial investors are avoiding the troubled retail sector, and the retail group has managed to increase profits during the pandemic. Its eclectic empire, which runs from design chain Flannels to streetwear retailer USC and Evan’s Cycles, as well as Sports Direct and House of Fraser, also provide more opportunities to make efficiencies.

On Thursday, Frasers reported an 18% rise in pre-tax profits in the six months to 25 October, despite a 7.4% fall in sales as its stores suffered from Covid lockdowns.

David Daly, the Frasers chairman, said the group expected underlying profits to rise by at least 20% for the year to April, up from a 10% rise predicted in August. He said: “In an industry sector blighted by the decline of the high street we are really proud of our performance.”

Wootton also confirmed on Thursday that Frasers was interested in Arcadia brands. The group is seen as a contender for Dorothy Perkins, which is the biggest concession business within Debenhams.

Frasers is also thought to be eyeing Edinburgh Woollen Mill group’s brands, which include Jaeger, Peacocks and Austin Reed. Initial bids are being sought by Friday by administrators to Philip Day’s retail group.