Paula Goodwin was in a restaurant when her toddler needed feeding, but the tot thought she looked pretty hungry too – in footage that has now gone viral. 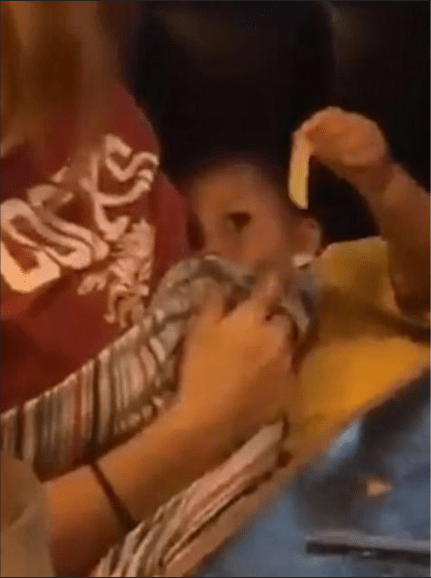 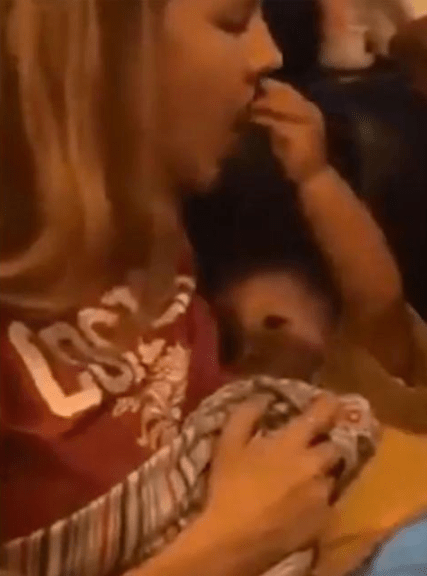 In a hilarious twist, the youngster begins to feed her chips from a plate – with an older child even helping out as well.

Since being uploaded to Facebook, the clip has gone viral with Paula, from South Carolina, saying “who knew”.

Writing on Facebook, the mum-of-three said: “This was a moment I’ll never forget and am so ecstatic we got it on video!

“Love my babies and the experience of exclusively breastfeeding my last one!

“I even had a chance to wet-nurse!

“The 3 yrs of nursing is something that changed my life and will carry with me through the remainder of it.”

Her video has racked up more than one million views, and even appeared on parenting group Breastfeeding Mama Talk.

Countless parents have claimed they are going to try and teach their children the method, so they can have some dinner too.

One mum said: “Wish my kid would do this instead of smacking me in my face repeatedly.”

This parent commented: “I wish one of my babies did that while I breastfed them!

“Instead of picking my nose.”

Another shared: “Wish my little monkey fed me like that when I was breast feeding lol. 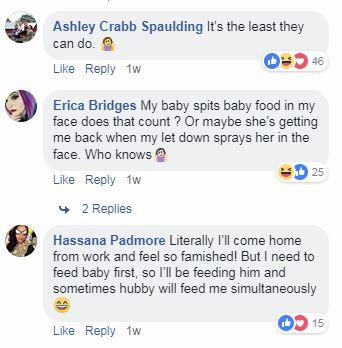 “I would struggle feeding myself while feeding him and would drop it onto his head, and no shame, lick it off him.”

A third added: “My son had started ‘feeding’ my boobies stuffing food down my shirt lol.”

Many people have praised the other child’s efforts as well, with one person commenting: “I love how the sister helps and puts the baby’s hand in the bowl when he missed it.”

Another said: “Both kids helping out! I love this!”

Paula, who describes herself as a homemaker, added: “Needless to say my adventures in breastfeeding have been awesome.”

And we shared the story of this mum who found out she was pregnant when she was in labour has second surprise baby.

We recently told you how a size 8 teenager din't realise she was pregnant until she was eight months along.