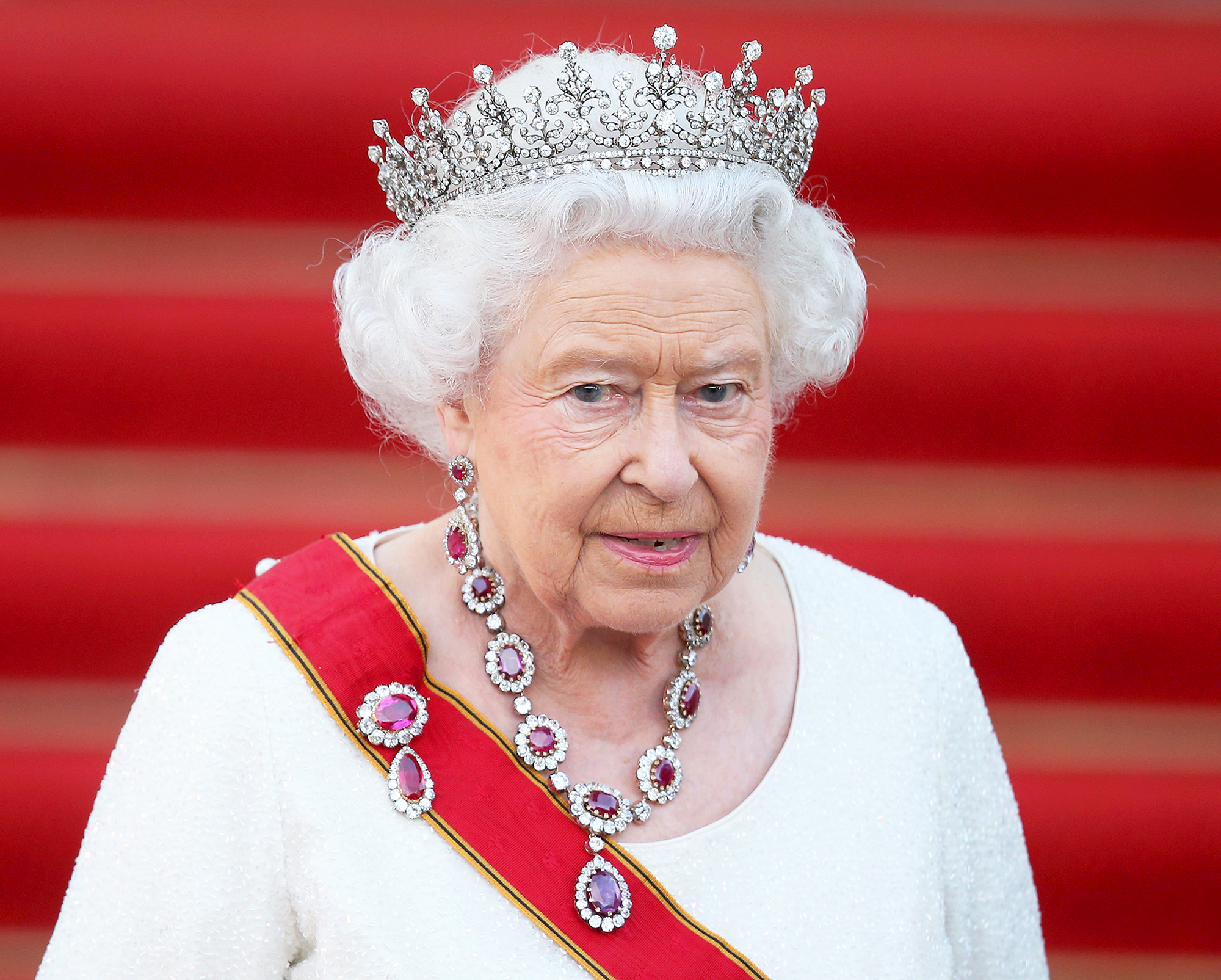 As the saying goes, heavy is the head that wears the crown. But as it happens, the intricacies of who gets to wear which tiara is an intricate one, and it falls on the head of Queen Elizabeth to decide. Because as with everything having to do with the royal family, there are rules and regulations related to their design and use.

The sparkling headpieces historically signify royal lineage, status and tradition, but no matter how extravagant or elaborate their design and use follows along some simple rules: they do not fully encircle the head like a crown would. Typically speaking, the royal tiaras appear on the heads of Queen Elizabeth’s family members because she has loaned them to them for special occasions.

Some more rules: no tiaras before 6 p.m, except for the exception of daytime weddings. Another rule: no one gets to wear a tiara until they are a member of the family, or if you are born into the family, until you are married. 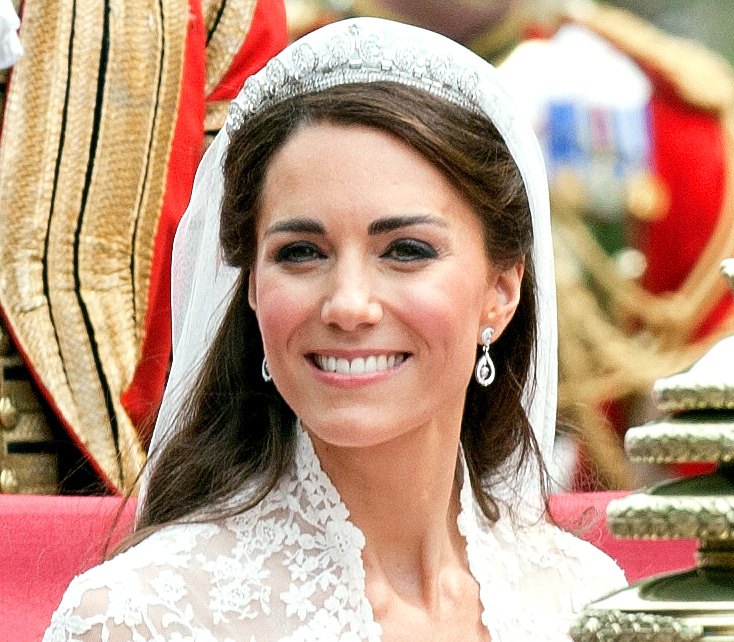 Unfortunately there is no clear detail as to why and what the Queen lends to her family members but there are some observations. Kate Middleton famously wore the platinum Halo Tiara (also known as the Scroll Tiara) which was made by Cartier London in 1936. Queen Elizabeth, then known as Princess Elizabeth, was given the stunning piece for her 18th birthday, but was never photographed wearing it. And by the time that she ascended the throne at age 25, she had established a preference for larger tiaras. Similarly, Kate has not worn the number since her wedding. 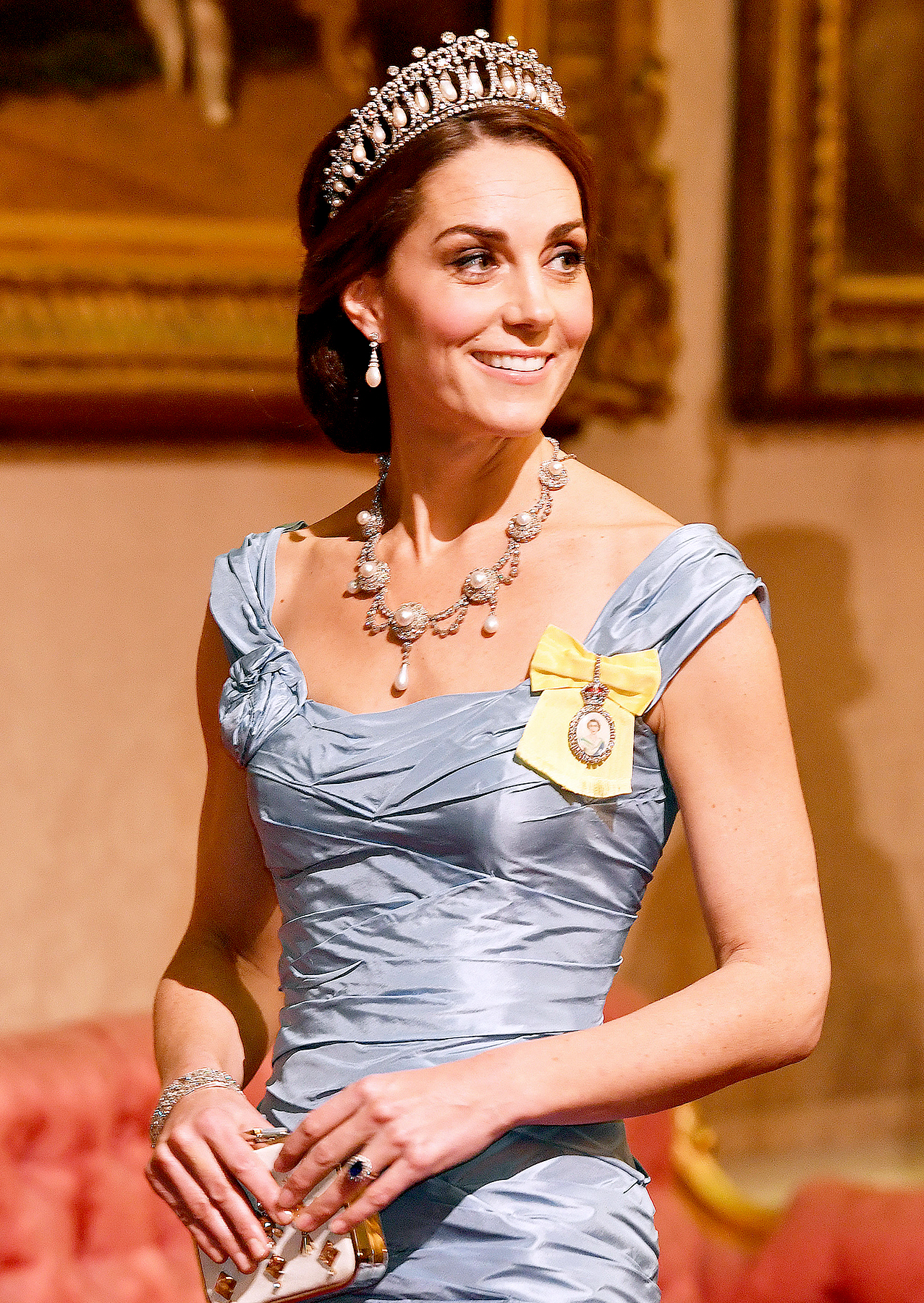 Since becoming the Duchess of Cambridge, Middleton has been seen wearing the diamond Lotus Flower Tiara, which was previously a favorite of the Queen mother, and then later gifted to Princess Margaret in 1959, where it remained until it was reabsorbed into the Queen’s collection in 2002 when her sister passed away.

But Queen Elizabeth did wear the Cambridge Lovers’ Knot tiara throughout her reign, before she regularly started lending it to Middleton in 2015. She has worn the stunning piece four times over the past few years. Importantly, this tiara was also worn by Prince William’s late mother, Princess Diana, too. 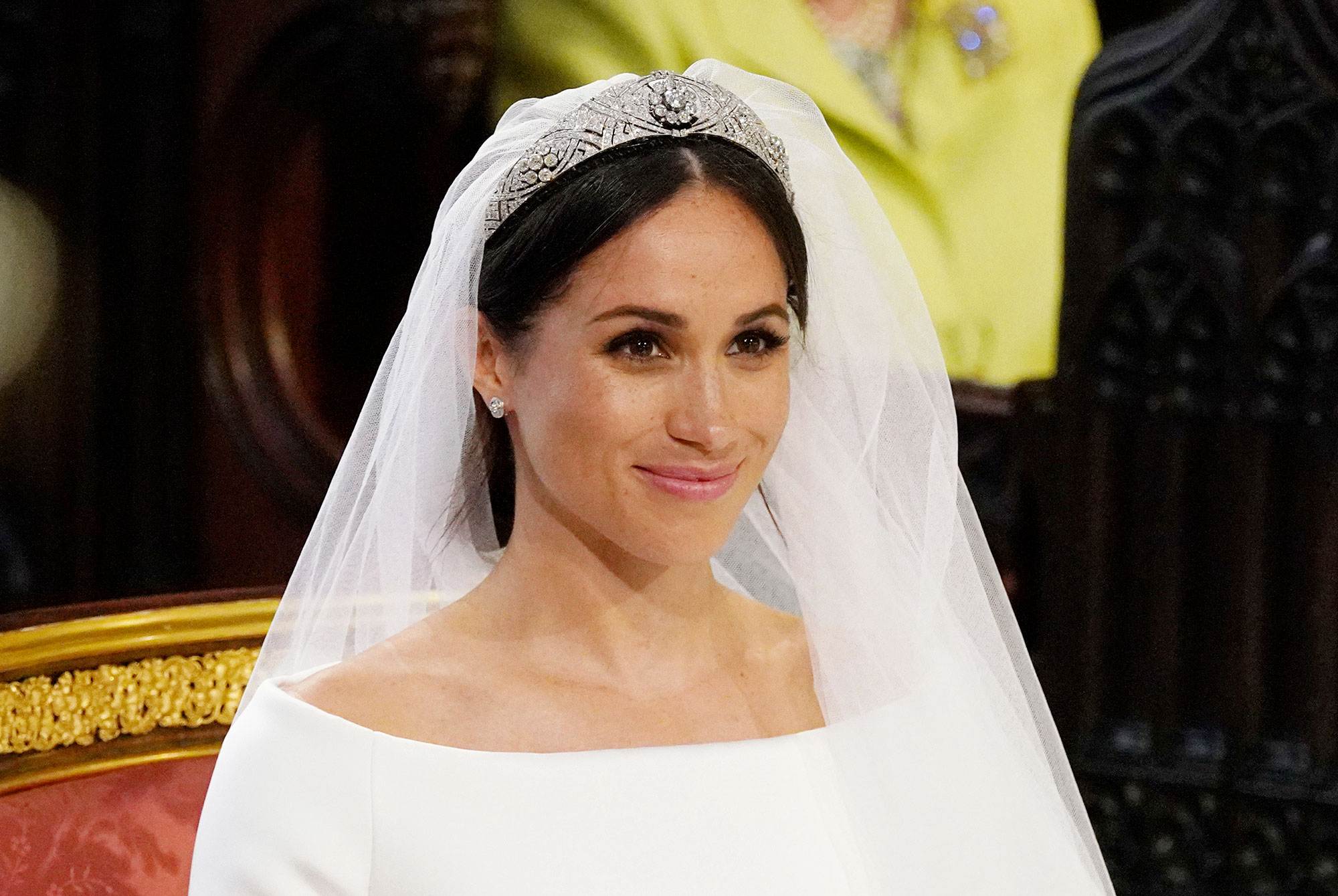 And then there is the Queen Mary Diamond Bandeau Tiara, which was lent to Prince Harry for his then-fiance Meghan Markle to wear on her wedding day. The piece was an art deco-style topper that was originally given as a wedding present to Mary in 1893, passing to Queen Elizabeth in 1953. And interestingly enough, according the the crown jewels site Order of Splendor this piece was not worn since it was given to the queen in 1953. 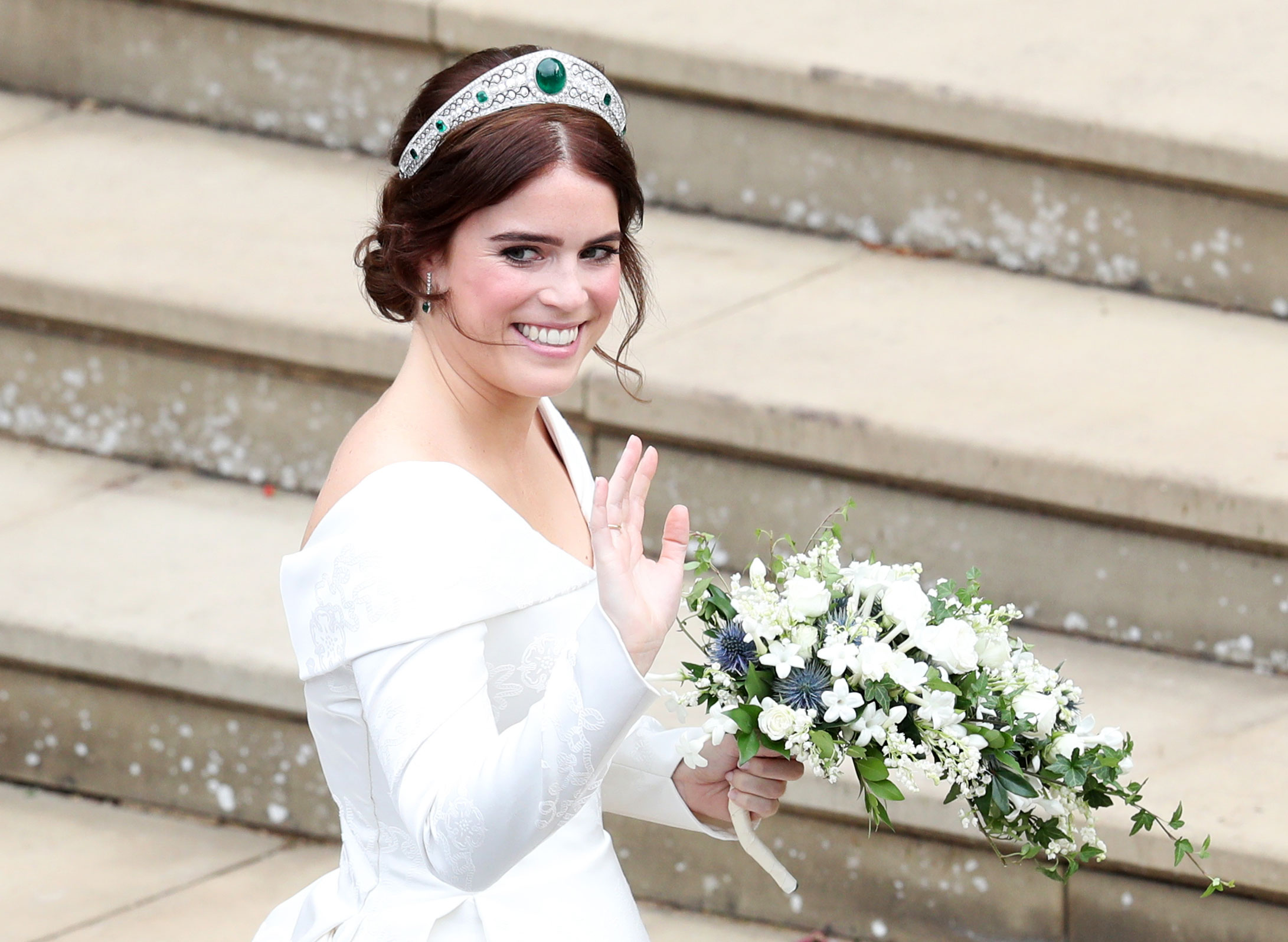 Most recently, Princess Eugenie got married as well, and instead of wearing the York Tiara which the Queen gifted to Sarah Ferguson for her wedding to Prince Andrew, she donned one of her Grandmother’s pieces, the Greville Emerald Kokoshnik. As we reported this sparkler was made by Boucheron fro the British socialite Margaret Greville, who passed it to the Queen mother, who in turn passed it to Queen Elizabeth, the reigning monarch

Clearly, a lot goes into the decisions of doling out jewels and tiaras — but short of a tell all from the Queen, her choices for who wears her gemstone and jeweled headpieces are certainly fascinating.

For the latest beauty and style trends, subscribe to our new podcast “Get Tressed With Us” below!