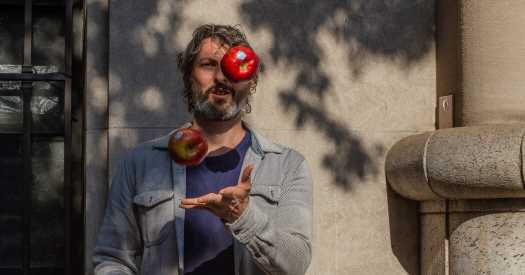 “On the one hand, the supermarket is the most banal, mundane place,” said Benjamin Lorr, the author of the new book, “The Secret Life of Groceries: The Dark Miracle of the American Supermarket,” standing in the produce aisle of a Trader Joe’s in Cobble Hill, Brooklyn, a short stroll from his apartment.

“But sometimes,” he continued, “I walk in and I feel like I’m tripping. I’m in this surreal experience of abundance and choice. It’s like ‘Alice in the Wonderland’ for adults.”

You’ll have to excuse Mr. Lorr, 41, if he feels an equal sense of awe and dread about the American supermarket. He just spent five years exploring the glorious veneer and dark underbelly of an American institution that, in its way, is as much a symbol of 20th century capitalism as Henry Ford’s assembly line.

His book, published this month, combines the muckraking approach of Eric Schlosser’s “Fast Food Nation” with the wry travelogue approach of a Michael Moore movie. It is a first-person journey through every conceivable link on the grocery supply chain.

He slung wild salmon at a Whole Foods fish counter, lived on beef jerky and Gatorade on a grueling eight-state journey with a long haul trucker, sneaked into giant pig and chicken factory farms with animal activists, and interviewed the equivalent of modern-day slaves in the Thai fishing industry. 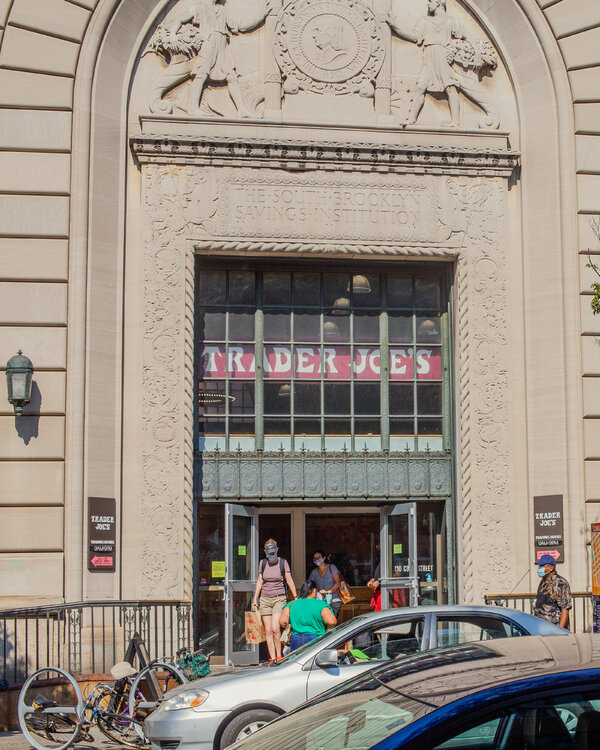 Along the way, he came to see upscale supermarkets like Trader Joe’s and Whole Foods as temples of conscious consumerism, serving not just as a clubhouse for hyper-informed foodies, but also a theater in which they can act out their putatively superior taste, education and virtue.

As he expounded on how the supermarket is “an expression of how you value your body, and your relationship to mother earth,” Mr. Lorr pushed his red grocery cart through aisles brimming with organic produce, fair-trade coffee and quirky packaged items like kale gnocchi and fig butter.

The Wonder Bread emporiums of the 1950s, he said, have morphed into the organic Edens of the present, and grocery shopping has become an exercise in self-branding, an “escape hatch for those of us who had some bohemian leanings and natural fears of materialism.”

As he weaved through the produce aisle amid shaggy young professionals wearing design-forward masks, Mr. Lorr recalled seeing fellow yoga students “descend on Trader Joe’s with maniacal glee” when he was reporting his 2012 book “Hell-Bent: Obsession, Pain, and the Search for Something Like Transcendence in Competitive Yoga,” which peeled back the curtain on the sweaty, and at times abusive, Bikram yoga scene.

“To me, it seemed like a stand-in for the entire cult of food.”

He credited Joe Coulombe, who founded Trader Joe’s in the 1960s, for shattering the idea that supermarkets could only thrive on mass-market branded staples. Passing the egg cooler in the store, Mr. Lorr recounted how Mr. Coulombe would buy extra-jumbo eggs that were actually better and cheaper, but most stores wouldn’t touch because they were seasonal and sporadically available, and most grocery managers prized predictability above all.

“It set off the idea of discontinuous products,” Mr. Lorr said. “To some extent, Trader Joe’s defined the grocery industry by its choices to march against the grain.”

One pitfall of being an educated consumer are the never-ending ethical dilemmas: which is more damaging to the environment, farmed or fresh salmon? In his book, however, Mr. Lorr shows that ethical dilemmas exist at every level.

Consider trucking, which he calls the circulatory system of the American grocery business. In the 1970s, many long-haul truckers enjoyed middle-class lifestyles thanks in part to union protections, and were celebrated in movies like “Smokey and the Bandit” and television shows like “BJ and the Bear.”

Those days are gone. Because of deregulation and the drive to lower costs, Mr. Lorr said, truckers are now regarded by many companies as just another replaceable part. Some can barely eke out a living. “Trucking is a vampiric industry,” Mr. Lorr said. “It preys off people’s hope and converts that hope into debt.”

Some in-store workers do not have it much better, he said. Supermarkets, like many other retailers, often strive for maximum efficiency by frequently adjusting employees’ schedules.

“Employees are kept around when they’re needed, and then told to go home when they’re not needed,” he said. “And it results in tremendous uncertainty. You never know when you will be called in, so you can’t get a second job, to supplement what ultimately was designed as a part-time job. It ends up preventing things like child care, or just living a normal life.”

Things get tougher, and sometimes more cruel, with every step down the supply chain, Mr. Lorr found.

As he paused in front of a seafood freezer, with its festively labeled bags of frozen shrimp, Mr. Lorr discussed the many ethical quandaries involving seafood, which Mr. Lorr saw firsthand, reporting from docks in Thailand.

Mr. Lorr interviewed immigrants from Burma, some of them former prisoners forced to toil unpaid on fishing boats. One worker, identified in the book as Tun-Lin, recalled watching his best friend beaten and tossed overboard when he became delirious from exhaustion. Others were whipped with stingray tails.

But there is not much that Americans can do as consumers to improve working conditions abroad, Mr. Lorr said.

“A boycott sounds compelling, but because of the volume and complexity of the supply chain, it’s overly simplistic,” he said. “There are so many good actors caught up with bad actors. Also, you boycott Thailand, or any country, and market pressures lead to the same problems cropping up somewhere else.”

He felt overwhelmed, but also awed, when he sneaked into a windowless, warehouse-sized industrial egg farm in California, and saw thousands of chickens stacked in cages. “I walked away thinking, ‘This is exactly the misery I expected,” he said. “But it also wasn’t a hellscape.”

More than anything, it seemed like an apt metaphor for the agricultural-industrial complex that keeps our supermarket aisles stocked with an endless array of grocery options at the lowest possible prices.

“I thought, ‘This is what it looks like to feed seven billion people,’” Mr. Lorr said. “The human project has reached an absurd level, and our food supply reflects that absurdity.”

He added: “ I had eggs the next morning.”