Game of Thrones’ final season is bringing up all the feels — and not just because the show is almost over.

With the Stark family back together, there was a lot of heartwarming and tender moments like when Jon Snow and Ayra saw each other for the first time since season 1. But as Refinery29 discovered, fans also noticed a lot of significant mirroring within the noble family, specifically when it came to their hair.

‘Game of Thrones’ Beauty: An Anthology of Daenerys Targaryen’s Best Braid Hairstyles Through the Years

Since Jon Snow has gone to fight for the north, he has worn his hair pulled back into a messy half-up style. Now that Arya is a Faceless Man, she also wears her hair in this same warrior-ready style. But as one Twitter user pointed out this is the same look that the former head of the house (and her dad) Eddard “Ned” Stark used to wear his hair.

“I just want everyone to know that Arya wearing her hair like Eddard stark is one of my favorite little nothing details ever,” @metroadlib tweeted.

Seeing this subtle homage is not only a touching moment, but also an example of how far Ayra’s come as a character and young woman. 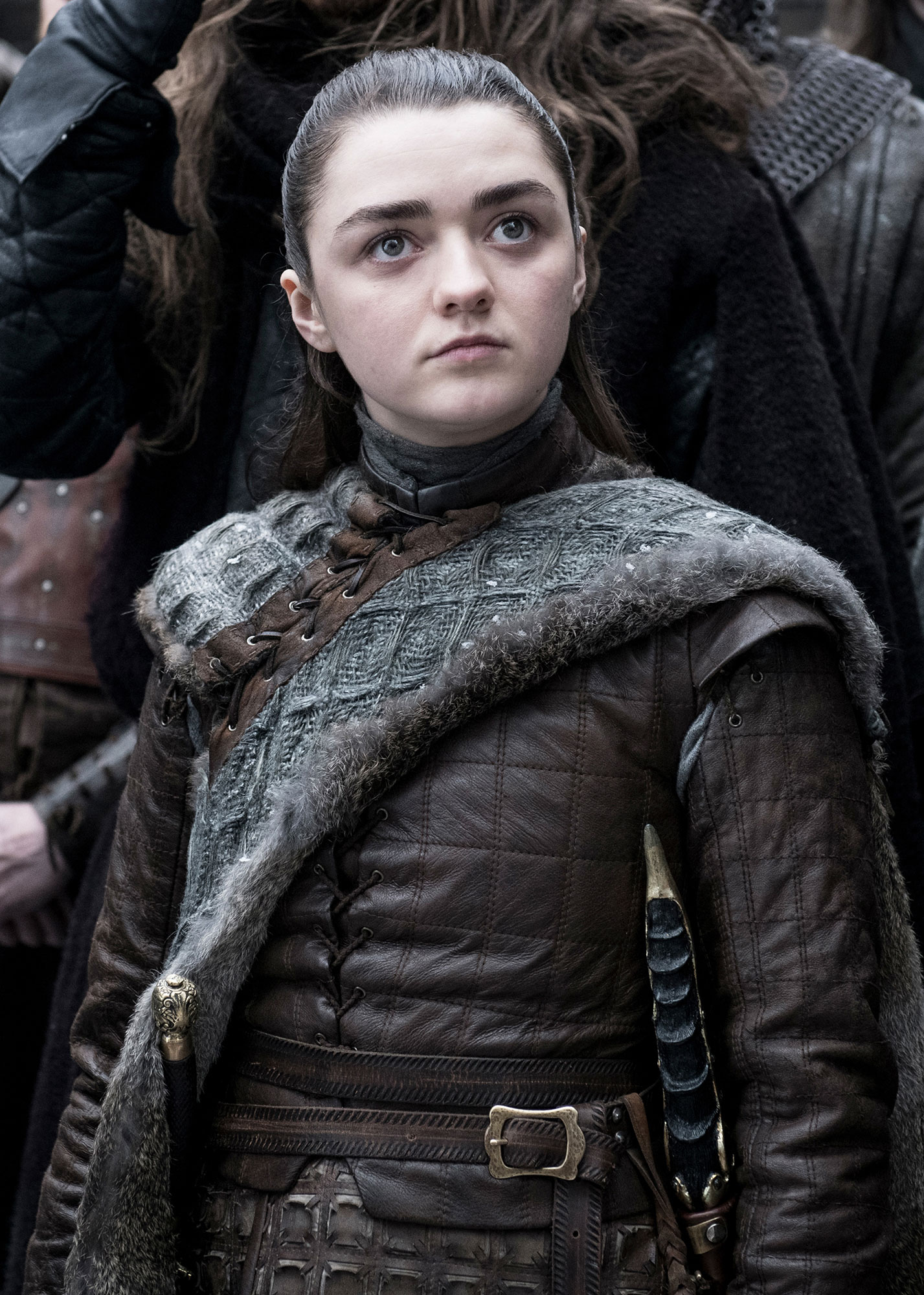 As a noble young lady in season 1, Ayra often wore her hair in pretty braids. After she escaped the Lannister’s control, she chopped her hair into a short boy-cut to disguise herself. But now that she’s a full-blown revenge-seeking assassin, she’s ready to wear her hair like the rest of her strong fighting family members.

Meanwhile we saw Sansa Stark’s half-up twist, which would be more reminiscent of her late mother Catelyn Stark’s style.

The hairstyles in Game of Thrones have always held significance. Daenerys Targaryen has worn hers in all kinds of different and beautiful braids, which indicates her literal strength on the battlefield. Cersei Lanniser used to have long wavy golden locks before she was shammed for her incestuous secret in season 5. But when she became Queen of Westeros, she kept it short and cropped.

Like all the other details on the show, we’ve come to expect that the characters’ chosen hairstyles are significant — and we can’t wait to see what’s next!