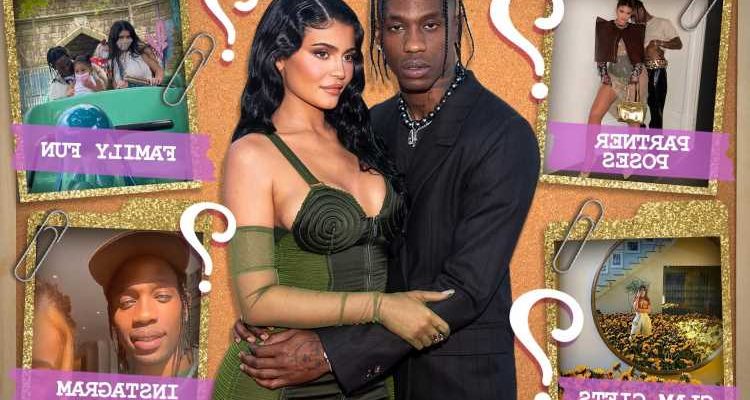 KYLIE Jenner and Travis Scott are seemingly back together after a very public display of affection.

The couple cosied up together at the 2021 Parsons Benefit in New York on Tuesday with daughter Stormi, three. 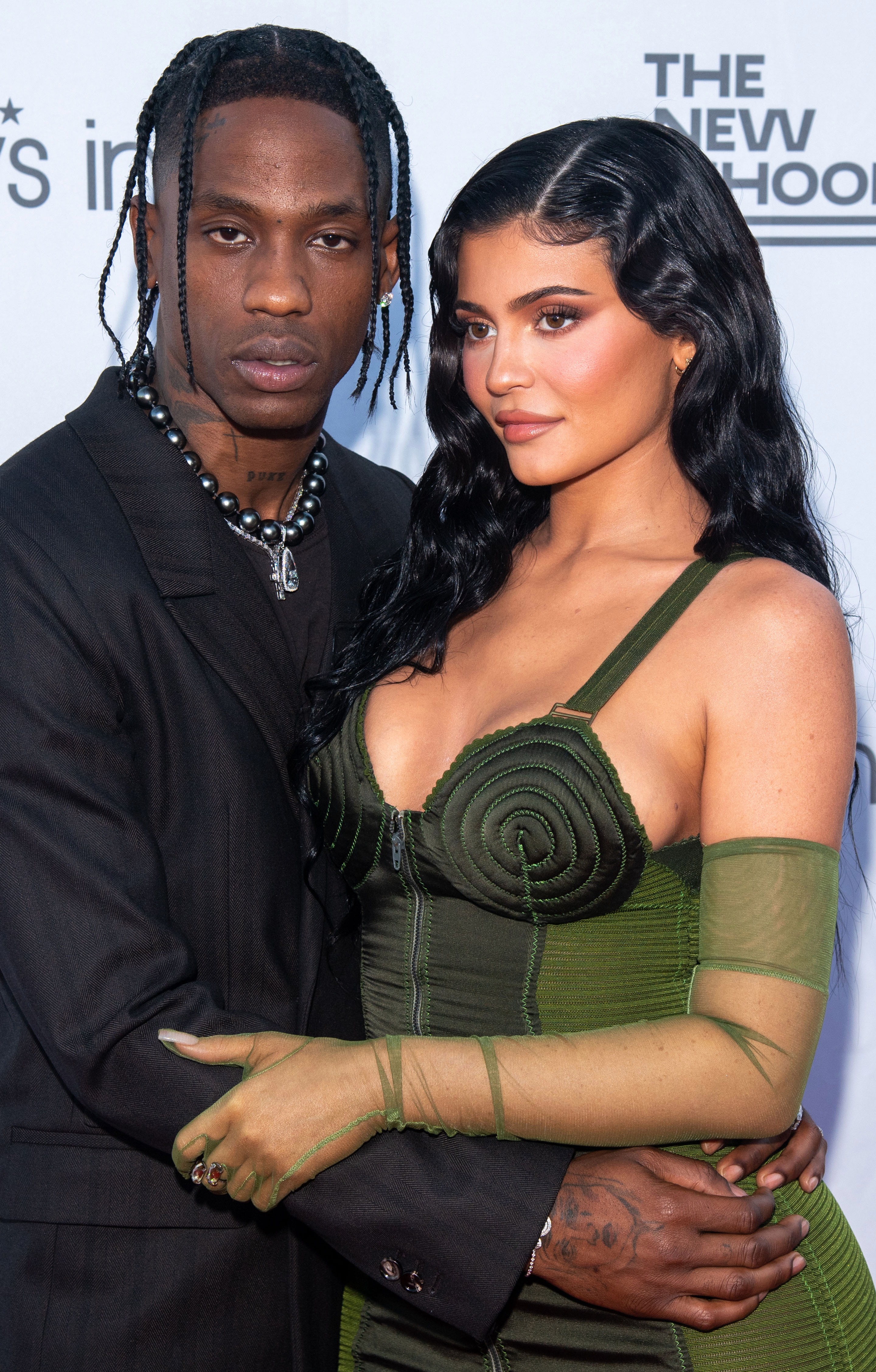 They walked the red carpet before Travis dropped a hint he and Kylie had wed.

On stage at the event, Rapper Travis then gushed: "Stormi, I love you and wifey, I love you."

Kylie, 23, and Travis, 29, first got together in 2017 and it was speculated they would tie the knot after having their daughter.

But in October 2019 the A-listers announced they had split – but vowed to co-parent Stormi.

Kylie insisted they would remain close for the sake of their daughter after the news broke. 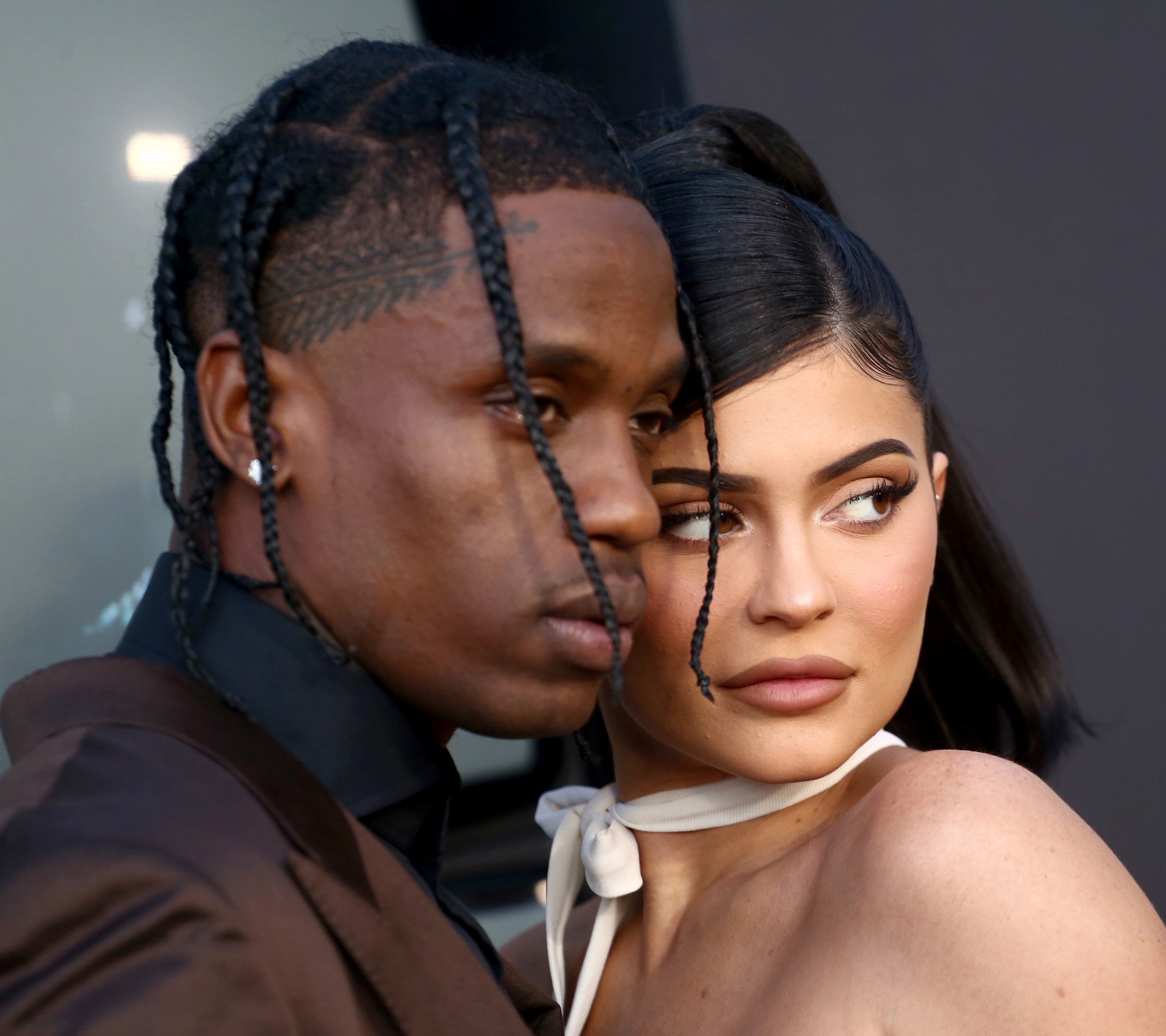 She wrote: “Travis and i are on great terms and our main focus right now is Stormi ‼️ our friendship and our daughter is priority.”

But the two have frequently been pictured together since their split – at times looking closer than others.

We look into the clues that Kylie and Travis have been back on for some time now.

In February 2020, Kylie told Harper's Bazaar that despite their split the two were closer than ever.

She said: “We have such a great relationship, we’re like best friends.

“We both love Stormi and want what’s best for her. We stay connected and coordinated. I think about [my parents] in situations with Stormi, what they would do. 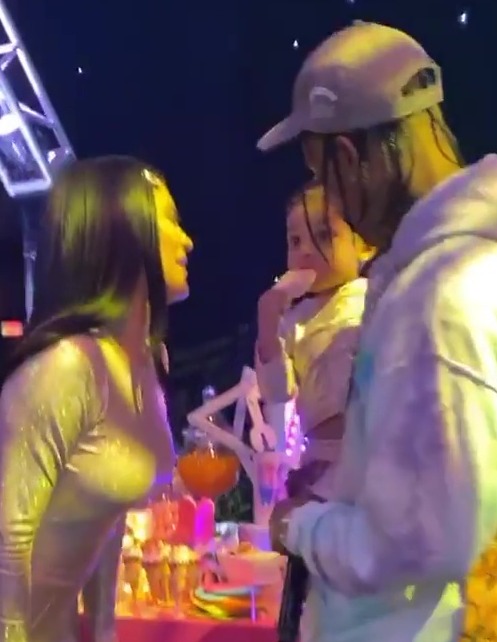 “They were very hands-on with me, and I want the same for Stormi.”

The couple put on a united front for daughter Stormi’s 2nd birthday.

Kylie threw her daughter a reported $100,000 Stormi-themed party – with giant blow up versions of the toddler’s head.

Travis attended the festivities wearing a shirt reading “StormiWorld” alongside Jenner who wore a matching catsuit to her daughter.

Say it with flowers

In the same month, Kylie gave a large hint that things were not purely platonic.

On Valentine’s Day she shared pics of her house filled with sunflowers – but failed to say who her suitor was. 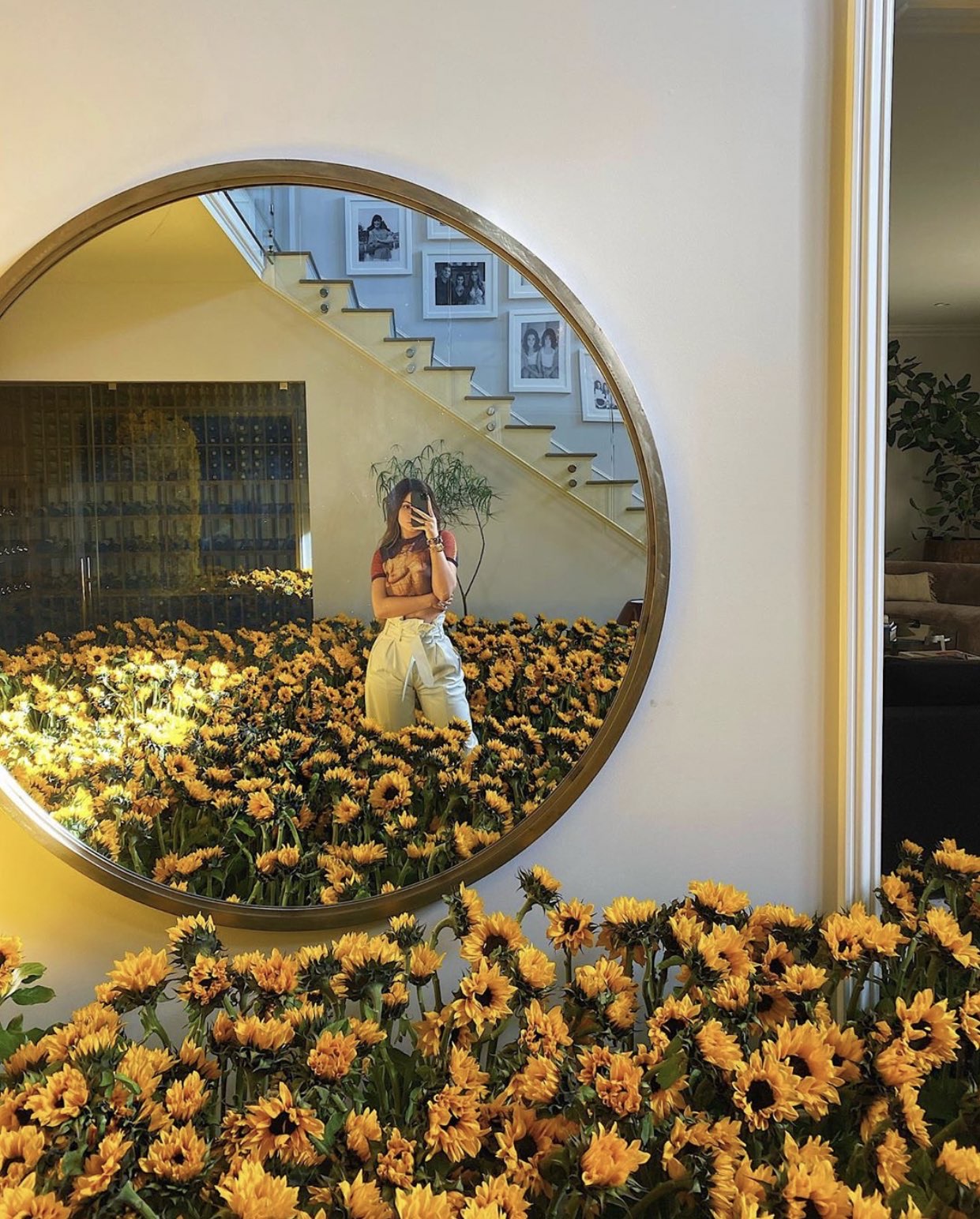 The stunt echoed Travis’s extravagant gestures to the KarJenner sister in 2019.

For Valentines, Scott gave Kylie a tunnel of red roses in her LA home.

In a similar theme, he filled her house with rose petals for her birthday in August 2019. 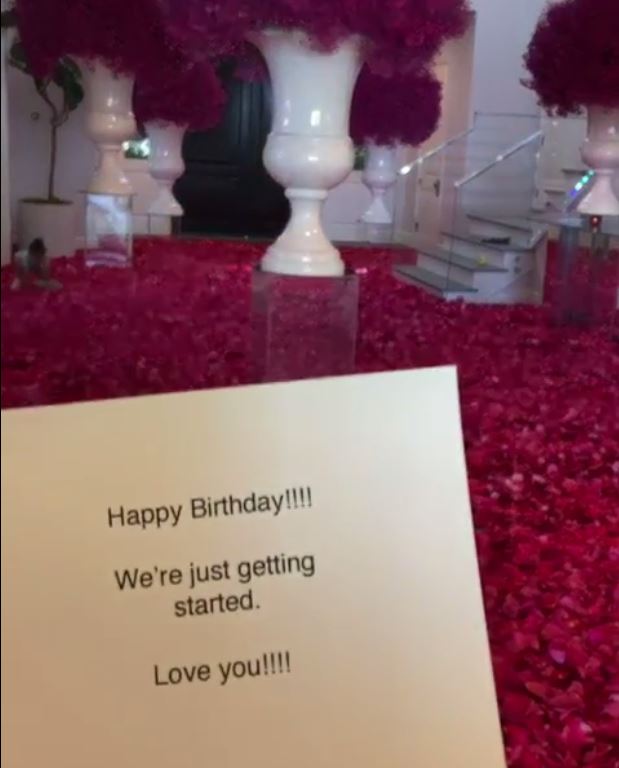 The following month a source told E! News the couple had reunited.

They said: A source said: "Kylie's not making anything official, but all signs point to her and Travis being together.

He's over all the time and she is very happy when he's around. She's not interested in seeing anyone else and isn't going out as much.

"She's happiest being with Travis and Stormi.

“They are getting along great and get so much joy out of being parents together."

The couple put on a cosy show while in self-isolation together at Kylie’s home in May last year.

Their pizza party came after Travis’s 28th birthday in April.

On his big day, Kylie released a stream of gushing social media messages to her ex-partner. 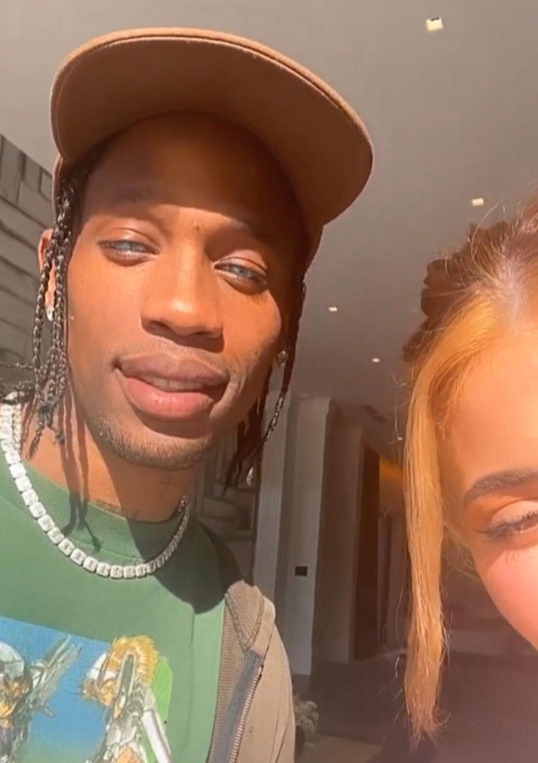 She wrote: “DADA happy birthday to daddy of the year!

She added: “I’m slowly but surely starting to accept the fact that storm is a daddy’s girl.

While the exes managed to lay low during the pandemic, in October 2020 they went public.

Kylie posted a coupley picture of her and the rapper on her Instagram page.

In sultry pics Kylie modelled Givenchy clothing while Travis stood behind her lifting his top up.

But a source said the pics did not mean the duo were back together.

They said: “Things are great with Kylie and Travis. They are very happy. “Kylie still isn't labeling their relationship.

"It seems they aren’t seeing other people, though."

Kylie was pictured looking close to Travis at his 29th birthday in Miami in May.

She also posted pics of Travis and Stormi to mark the occasion – while her famous sisters joined in. 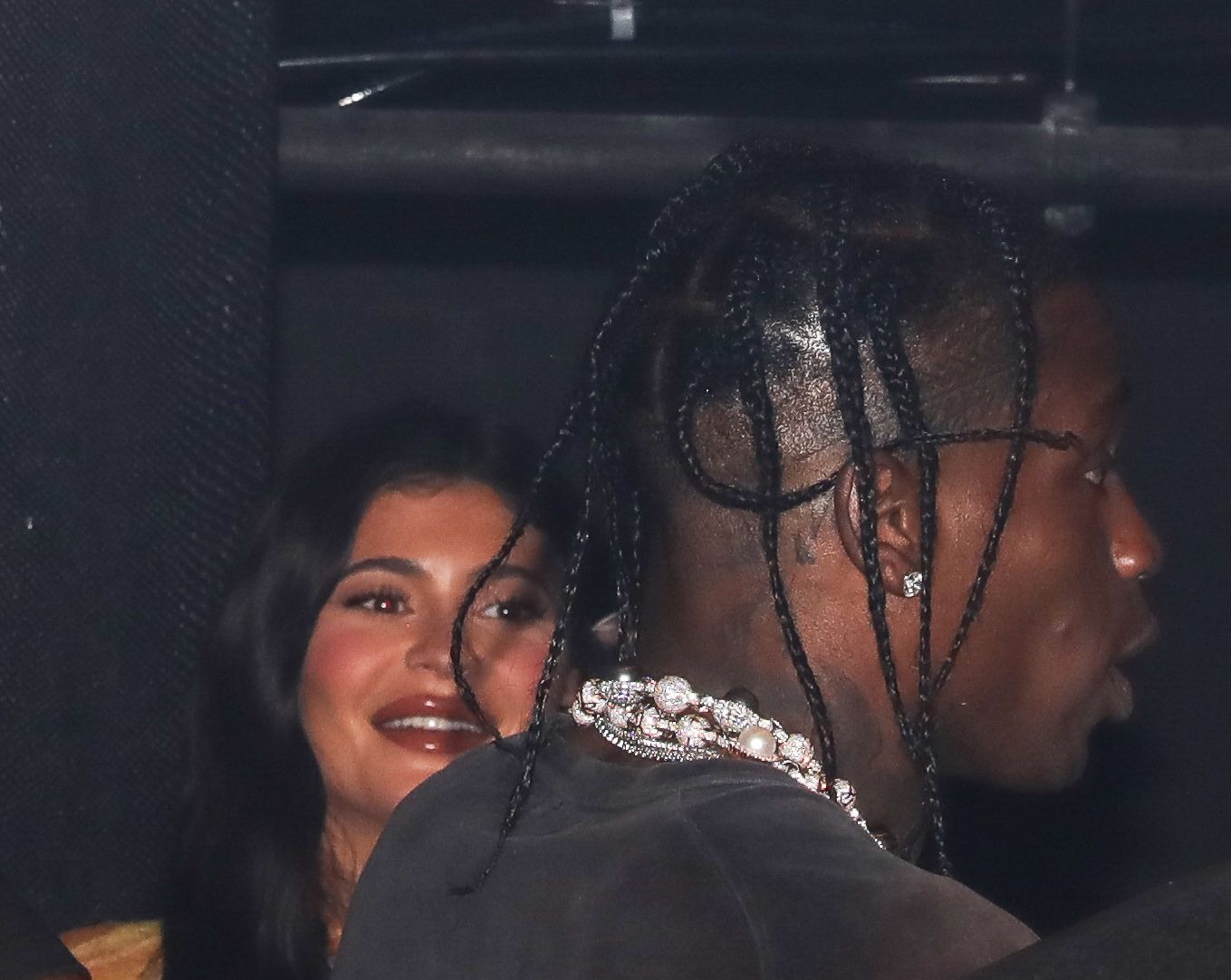 While Khloe posted a picture of herself and Travis to her Instagram.

She captioned the image: “ I remember I took this photo and I said I'm gonna save it and post this on your birthday.

“Well here we are…. screaming happy birthday to the birthday boy!”

Earlier in April, Kris Jenner told how Travis had joined the family on a golfing trip.

She posted a pic of the  family’s monogrammed golf bags – while saying their her boyfriend Corey Gamble, Khloe’s ex Tristan Thompson, Kourtney’s boyfriend Travis Barker and Travis Scott were already on the course.

In recent months both Kylie and Travis have given signs that the relationship is back on.

They both celebrated Stormi’s third birthday this year in Turks and Caicos.

The family also enjoyed a trip to Disneyland and spent US holiday Memorial Weekend together in May.

The same month, Kylie rejected rumours that she was in an open relationship with Travis.

She tweeted: "I'm not discrediting anyone who is in an open relationship but it's just careless and disrespectful to throw this narrative out there without knowing what's true."

With their relationship looking more and more serious, a source told Entertainment Tonight how the exes were planning on more kids together.

They said: "Kylie and Travis are on very close terms and ideally, Kylie would love to have more kids one day and she would of course love for the father of her future children to be Travis.

“But they aren't putting any pressure on themselves and are seeing where things go."