THE QUEEN has presented the Canadian Armed Forces Legal Branch with a Royal Banner, in a touching video call, to mark 100 years since the Branch was established.

The Legal Branch consists of approximately 300 personnel who provide legal advice and support to the Canadian Armed Forces and the Department of National Defence, both at home and overseas on deployment. 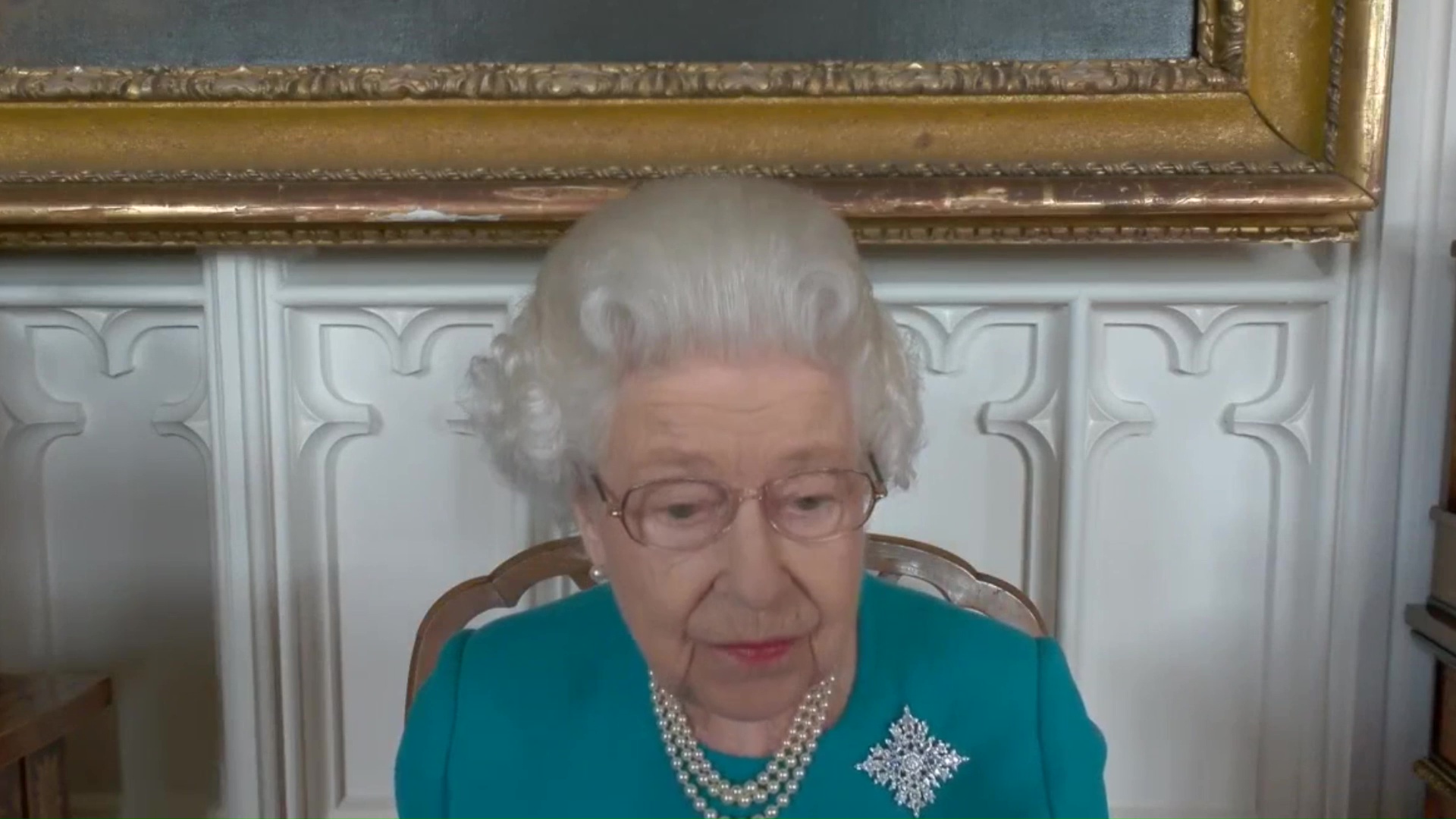 The Queen was joined on the video call by Rear-Admiral Geneviève Bernatchez, Judge Advocate General and senior ranking legal officer, and three other members of the Legal Branch.

And in a touching nod to her guests, the Queen could be seen wearing a brooch gifted to her by the people of Canada.

The elegant pin was presented to her by the former Governor-General of Canada, David Johnston on behalf of the Canadian people.

The gift was presented to the Queen on her Sapphire jubilee in 2017 featuring both diamonds and the pale blue stone itself to mark her 65 years on the throne. 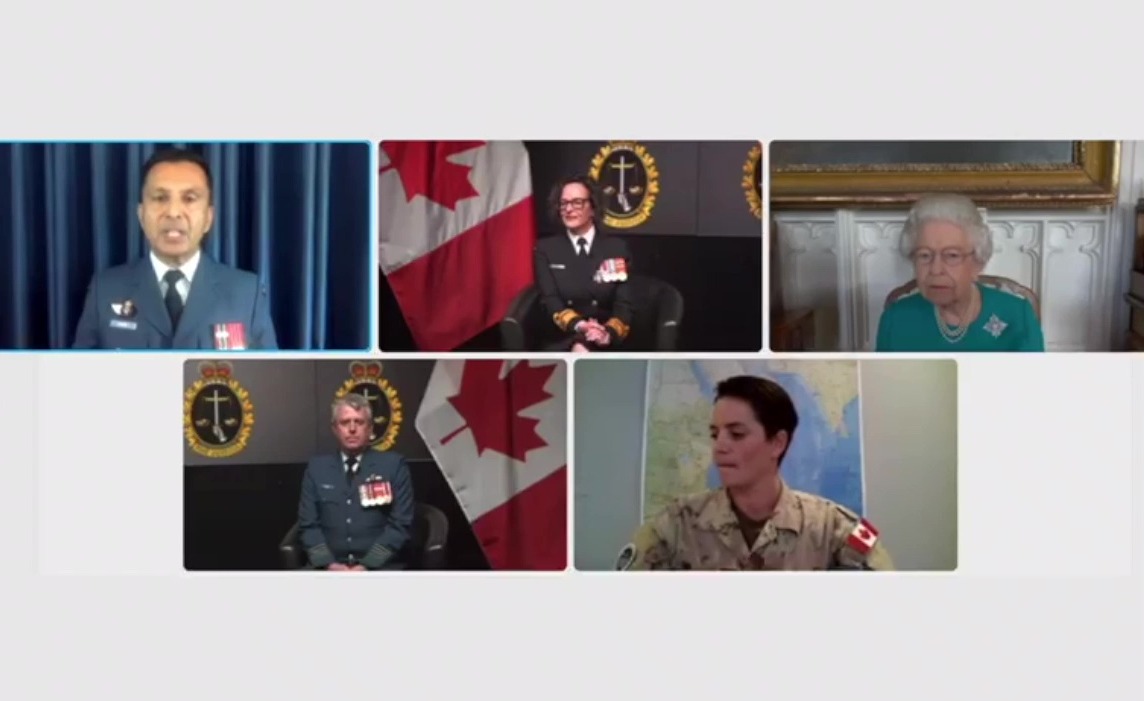 After officially presenting the Royal Banner, which is positioned in the National Defence Headquarters in Ottawa, Her Majesty heard about the different roles the legal officers play within the Canadian Armed Forces, and how their duties have been impacted by the pandemic.

Major Angela Orme spoke to Her Majesty from Bahrain, where she is deployed on the Royal Canadian Navy’s counter-terrorism and maritime security mission, working to deter the trafficking of illicit narcotics in the region.

With two young sons at home with her husband, who also serves in the Canadian Armed Forces, Major Orme told The Queen about how she keeps in touch with her family while on operation, explaining to her children that she is “away fighting pirates”. 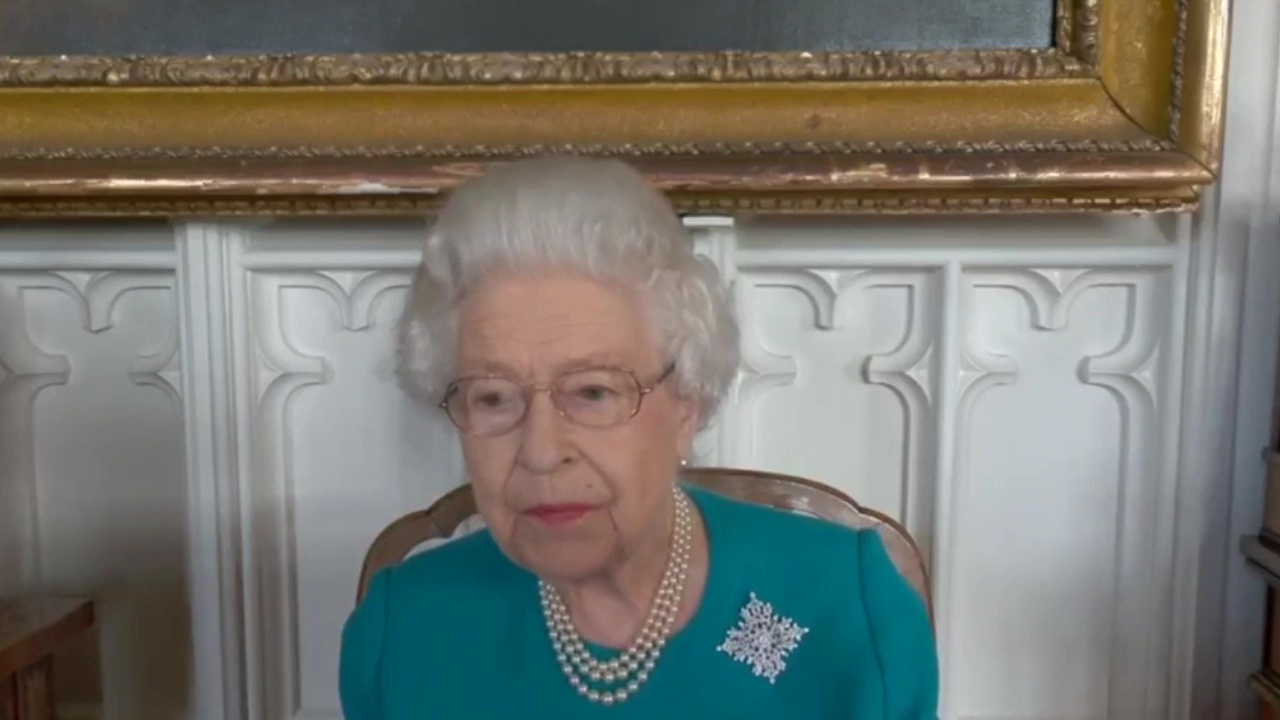 Speaking from Winnipeg, Lieutenant-Colonel Noor Ahmed told The Queen about the domestic work of the Canadian Armed Forces, who have been supporting the healthcare system throughout the pandemic, and providing vital resources to elderly care facilities and remote First Nation communities.

Lieutenant-Colonel Noor Ahmed also recalled meeting The Queen while serving as a Boy Scout, when Her Majesty visited Stratford, Ontario in 1973.

As part of celebrating the presentation of the Royal Banner, the Legal Branch will plant a tree in Ottawa in Her Majesty’s honour.

Colonel Rob Holman, who was speaking from the Department of National Defence’s Headquarters in Ottawa, told The Queen how his grandfather had served as the Head of Grounds at Rideau Hall, the official residence of the Monarch in Canada.

In other royal news, royal commentator Angela Levin said in the days after Philip's funeral that any private conversations with the couple would appear on social media or in the press "in no time".

And Prince Harry ‘to return to the UK in the next 24 hours’ for Princess Diana memorial so he can isolate for ten days.

Plus this is the real story behind the photos of William and Harry at Prince Philip's funeral.