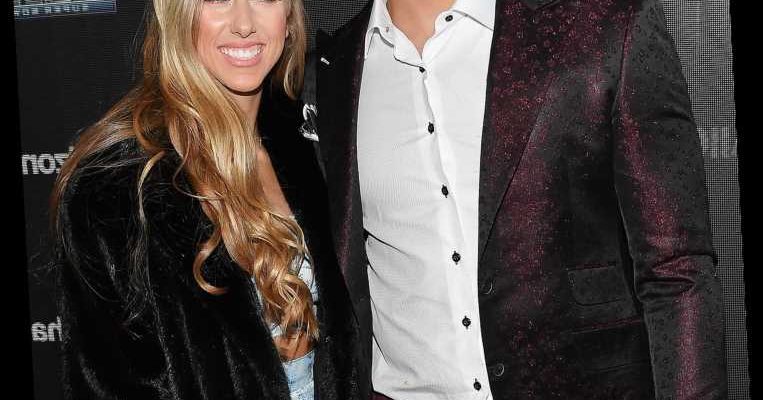 “Ring SZN,” the Super Bowl LIV MVP captioned a photo of his high school sweetheart’s new massive emerald-cut diamond engagement ring featuring two diamond-encrusted bands. The longtime loves got engaged in front of an extravagant display of roses and marquee lights that read “Will You Marry Me” at Arrowhead Stadium.

“My heart is so full! I love this man so incredibly much and today was so so special,” Brittany wrote on her Instagram Story. “Couldn’t imagine this day being any more perfect.” The superstar singer got a super-sized engagement ring from her fiancé when he popped the question in July. The jaw-dropping ring was designed by celebrity jeweler Peter Marco and features a mega-carat emerald-cut diamond stone flanked by two trapezoid diamond side stones.

The former Young and the Restless actor asked Lovato to marry him in Malibu and they commemorated the moment with a romantic beachside photo shoot. The actress showed off her emerald-cut diamond engagement ring from Brooklyn in a photo confirming the news of their engagement in July.

“I am the luckiest man in the world,” Brooklyn, the eldest child of David and Victoria Beckham wrote in his matching Instagram post. “I promise to be the best husband and the best daddy one day ❤️ I love you baby xx.” When the coronavirus pandemic changed Jeezy’s proposal plans (the rapper/philanthropist had originally wanted to pop the question during a trip to Vietnam) he planned a candlelit dinner for the special moment instead and asked The Real co-host to marry him with an enormous oval-cut diamond ring. The model announced her engagement in February in an Instagram post showing off the new round-cut diamond she was wearing on her ring finger. The enormous diamond appears to be surrounded by pavé stones and set on a pavé band. The Dancing with the Stars pro proposed to the former WWE star with a “classic” Harry Winston-style ring which features a large rectangular diamond set on a silver band.

During an episode of The Bellas Podcast, Nikki gushed over her bling. “You know me, I’m a lover of diamonds, and Artem picked out this gorgeous diamond and it’s a very rare diamond. And I really love the shape; it’s very classic.” The founder of the cult-favorite beauty brand Glossier shared the news of her engagement to her tech entrepreneur fiancé with a sweet smiley selfie that showed off her massive new rock — an emerald-cut diamond on what appears to be an intricate band.