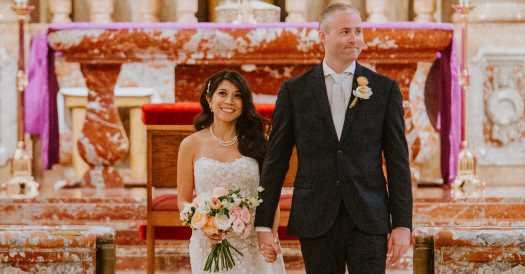 Jennifer Valdes had a feeling someone was watching her while she was at a birthday dinner in October 2013 at Café Martorano, a restaurant in Oakland Park, Fla.

“I glanced over and caught a stranger gazing in my direction,” Ms. Valdes said. “I asked my friend Lauren to verify since it was very dark. She confirmed. Just as we were wrapping up, a server placed a shot and a business card in front of me on the table and said, ‘This is from my manager.’”

Brian Skogen, the restaurant manager then, had noticed Ms. Valdes the second she entered the place.

“When Jen caught my eye, I began plotting how I could get her number,” he said. “I sent a server over with my card and a drink. But after a while, I could stand it no longer and went over and introduced myself.”

After exchanging pleasantries, Ms. Valdes, 35, gave Mr. Skogen, 39, her business card. Two days later he called and asked Ms. Valdes out on a date for the following Tuesday. They met for cocktails, then shared a bottle of wine and sushi rolls at Katsuya South Beach at the South Beach Hotel. Neither wanted the evening to end, so they headed to Hyde Beach for after-dinner drinks.

“After that night, I knew there was something different about Brian,” said Ms. Valdes, who graduated from Cornell and received a master’s degree in public relations from the University of Florida. “I looked forward to seeing him again and getting to know him better.”

The couple started dating regularly. They took several trips together and ultimately went to the Pacific Northwest to visit Mr. Skogen’s family.

“I immediately loved them,” Ms. Valdes said. “They were so warm, welcoming and, well, normal.” 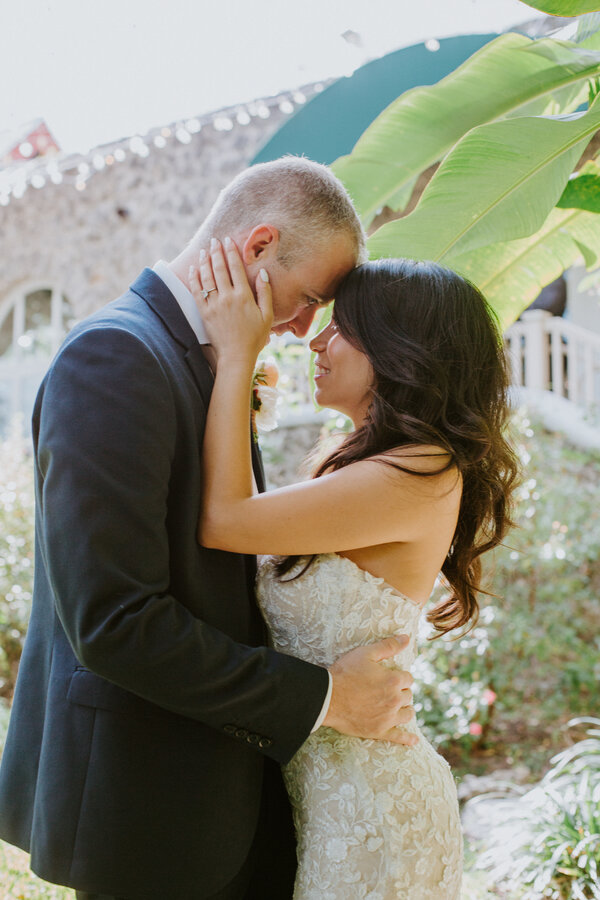 “Brian and I shared a soft spot for hospitality so we quickly connected our professional experiences and interests, but our personal backgrounds and personalities couldn’t be any more different,” said Ms. Valdes, who now is a senior account director at RBB Communications in Coral Gables, Fla. “His colleagues and friends would agree that the most commonly used phrase from Brian is ‘Everything will be fine.’ I, on the other hand, typically need a Plan A, B, and C for any situation.”

Ms. Valdes, who grew up in Miami, and Mr. Skogen, who grew up in Woodinville, Wash., and graduated from Eastern Washington University, said they “became a stronger team during the pandemic. Brian taught me how to be more patient and how important it is to take time to slow down and appreciate the little things. I feel so lucky to have him by my side.”

In 2020, the couple decided to celebrate Valentine’s Day a day early and replay their first date. On Feb. 13, they had dinner at Katsuya, with after-dinner drinks at Hyde Beach. Not feeling as young as they did when they first met, they ended the night after one drink. As they were leaving, but still standing poolside at Hyde Beach, Mr. Skogen suddenly turned to Ms. Valdes and said, “You’re stuck with me.” He then placed a ring on her finger. She was in shock, but happy.

With the future uncertain because of the pandemic, they decided to move forward with planning a wedding in early 2021.

And they were busy. In May 2020, Mr. Skogen also opened a new restaurant, MKT Kitchen in Coral Gables. He is a co-owner.

They were married March 20 at the Church of Little Flower in Coral Gables with the Rev. Omar Ayubi, a Roman Catholic priest, leading the ceremony before 65 guests. (Guests were required to wear masks, and the reception had indoor and outdoor seating options.) Friends and family who could not attend tuned in via livestream on YouTube.

“I was the first girl Brian ever brought home and introduced to his family,” Ms. Valdes said. “At the wedding, they shared that’s how they knew I was ‘the one.’ And my dad expressed his happiness of now having a son.”

“The wedding was amazing,” the bride said. “I couldn’t have asked for a more perfect day and night.”