Alba Hancock and Robbie Dexheimer met eight and a half years ago beneath a Tucson sky that entertained them with a galaxy of stars, some close enough, it seemed, to eavesdrop on their first conversation, which took place some 2,500 miles from home.

“I’m going to tell you everything about me,” Mr. Dexheimer said to Ms. Hancock.

“He was incredibly handsome,” she said. “I definitely wanted to get to know him better.”

She had seen him the day before “in passing,” she said, because they were staying at the same place.

Ms. Hancock, then living in Nashville, arrived on April 4, 2010, two days before Mr. Dexheimer, who was living in Hoboken, N.J. “The moment I saw Robbie, I fell in love with him,” she said. “I wanted to introduce myself, but he wasn’t feeling very well at that particular time.”

It was no vacation for him. Or her, for that matter. Ms. Hancock, now 27, and Mr. Dexheimer, 33, had checked into Sierra Tucson, a psychiatric hospital and treatment center for those dealing with substance abuse. 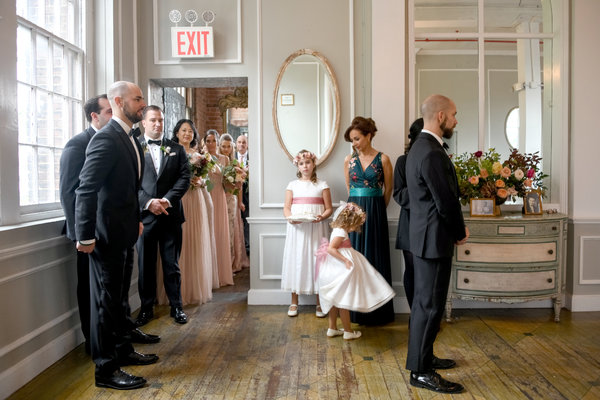 When Ms. Hancock first saw Mr. Dexheimer, he was detoxing from opioids. “He was shivering and sweating,” she said. “It was awful.”

The next night, Mr. Dexheimer introduced himself to Ms. Hancock on an outdoor basketball court at the facility. They began talking in the dry desert air.

“I am who I am,” he told her. “So please, tell me whether or not you want me to keep talking, because it’s not very pretty.”

Mr. Dexheimer grew up in Chatham, N.J., the oldest of three children born to Eileen Dexheimer, a preschool teacher, and Craig Dexheimer, a longtime director at Lazard Asset Management in New York.

An excellent high school student who aspired to be an architect, he fell in with the wrong crowd, he told Ms. Hancock. He proceeded to tell her things that evening “that should have made her run for the hills,” he said, including the fact that he was addicted to OxyContin and other opioids.

“I had never been that honest with anyone,” Mr. Dexheimer said. “But with Alba it was different, we had an immediate connection, I knew she was someone I could trust.”

He said drugs had left him on the streets of his hometown, his whereabouts often unknown, and desperate for money to support a habit that was destroying his life. “I was stealing everything I could and swindling everyone I could,” he said, “including my own family.”

Mr. Dexheimer went to Lehigh University in Bethlehem, Pa., in September 2004, but in his sophomore year, his drinking and drug use escalated and he was dismissed. “I just sat in my dorm room all day, depressed, drinking, getting high and not going to class,” he said. “When they kicked me out, I had a 0.0 grade point average.”

He was also kicked out of his home several times. “It’s a miracle I never ended up in jail,” he said. His parents, though, never stopped trying to get him the help he needed to free himself of his addiction.

“It was painful watching our son go through what he went through,” Mrs. Dexheimer said. “We always had faith and hope in Robbie but we were very scared of losing him for good, and trying to find advice was excruciating.”

Ms. Hancock, who was then a freshman at Vanderbilt University in Nashville, had her own story. She had developed a drinking problem by 16, and was abusing other drugs, including marijuana, Adderall and Xanax.

“When it came to using drugs,” she said sheepishly, “I didn’t discriminate.”

She was also struggling with anorexia and bulimia.

She was born in Frankfurt in 1991, and had lived in Germany three times. She had also lived three times in the United States before her family settled in Lower Manhattan, where she attended Intermediate School 89 before moving on to Stuyvesant High School.

By then, Ms. Hancock’s mother, Maria Berenguer Hancock, was long estranged from her biological father, a nuclear physicist who was last known to be living in Germany. Her mother eventually married Peter Hancock, a former friend and colleague at JPMorgan Chase in New York, who adopted Ms. Hancock and her sister, Paula Hancock, now 25.

Ms. Hancock said that she took her first drink at 15, while at Stuyvesant. She began drinking heavily a year later when her family moved to Rye, N.Y., where she enrolled at Rye Country Day School.

“I went from being in a place where I could relate to people, to a place where people were driving Porsches,” she said. “I didn’t fit in.”

Ms. Hancock said she had “already developed unhealthy coping mechanisms around food and drinking,” starting in 2003, when she lived in Manhattan. But the added stress of “being dropped into this universe where I didn’t belong,” she said, as well as falling out of touch with her biological father during her adolescence, were triggering factors to the problems that followed.

Food and alcohol “worked in calming the storm in my internal landscape, until it didn’t,” she said, “and I experienced an insatiable desire for more.”

She choked up when recalling how she would often drive home late at night, drunk, and park askew in the driveway.

“My little sister Paula, who was 14 at the time, would sneak out of bed and repark the car for me,” she said. “It was sweet in a heartbreaking kind of way, but for me, it got to the point where being sober became excruciatingly painful. I needed some kind of barrier between me and the world, because the world felt too overwhelming.”

Ms. Hancock was hospitalized for alcohol poisoning while at Vanderbilt and then reached out to her parents for help.

“As the extent of her addiction became clear, our fear that we might lose her became intense, and we don’t think the fear will ever go away completely,” said Ms. Berenguer Hancock, a former nuclear physicist who is now an angel investor and a member of the board of the Women’s Refugee Commission, an advocacy group focused on protecting women from violence.

It wasn’t long, however, before they began succumbing to their addictions. Mr. Dexheimer, in fact, began drinking on his first day home from Sierra Tucson in May 2010.

Two months later, he traveled with Ms. Hancock to Europe to meet her extended German and Spanish families. They first visited Berlin, where they drank together for the first time. They went on to Paris, Barcelona, Spain, and the village of Onil, in Alicante, Spain, the birthplace of Ms. Hancock’s mother. But their road ahead was now paved with troubles.

In September 2010, Ms. Hancock transferred to N.Y.U., but was still relying on drugs, she said, “to help regulate my internal state of being.”

“I was able to get straight A’s and perform in social circles without people being able to tell that I was an addict,” she said. “I would wake up and smoke pot, go to class, then come home and snort Adderall before going to the library.”

Mr. Dexheimer, who spent much of his time at Ms. Hancock’s East Village apartment, had been working as a stand-up comic in Manhattan and as a dog walker to help pay the bills.

But when he too began using drugs again and draining his bank account to feed his bad habits, his world, like hers, began fading once more into darkness. He lost his job and was evicted from his Hoboken apartment. He briefly stayed with Ms. Hancock before returning to his parents’ home, but was soon back on the streets, where the vicious cycle that nearly destroyed his family began all over again.

In January 2012, Ms. Hancock and Mr. Dexheimer realized they needed to give each other some space, so they decided to split up, at least geographically.

“We were totally committed to staying together,” Mr. Dexheimer said. “But what we were told is that we needed to be O.K. with ourselves before we were O.K. with someone else.”

That same month, Ms. Hancock returned to Arizona for 30 days of inpatient treatment at the Meadows in Arizona. She then enrolled in a 90-day extended program at Safe Harbor Treatment Center, a facility in Costa Mesa, Calif., specializing in eating disorders.

In August 2012, Mr. Dexheimer went to an inpatient rehabilitation center in Nashville called the Ranch, where he spent three months being treated for addiction, along with the psychological scars his addictions had left on his family.

In November 2012, Ms. Hancock, now sober, moved back to New York, and soon resumed her college studies at N.Y.U., while Mr. Dexheimer moved to yet another treatment center, the Foundation House, in Portland, Me. He eventually got a job there as director of marketing.

“Robbie is a pretty remarkable, strong-willed person,” said Robert Ardino of White Plains. Mr. Ardino, a recovering addict who became friends with Mr. Dexheimer at the Foundation House, then added, “He knew the only way back to a life with Alba was to straighten himself out, even if it took years.”

In September 2017, Mr. Dexheimer began working at Grove, a digital-first brand agency in Concord, Mass, where he is now an associate creative director. The same month, he and Ms. Hancock moved into an apartment in Arlington, Mass.

This past August, Ms. Hancock founded Mayday Health, which she described as “an addiction treatment navigation platform,” which provides resources for treatment options.

They were married Oct. 28 at the Metropolitan Building in Long Island City, Queens, before 165 guests, several of them recovering addicts, including Mark Lundholm, who led the ceremony alongside the officiant, Christopher Dexheimer, the groom’s brother who became ordained through American Marriage Ministries for the event.

“They are both good-looking enough to do a toothpaste commercial,” said Mr. Lundholm, a motivational speaker who met the groom at the Ranch in Nashville.

“But while disheveled is easy to see, addiction has no face,” he added. “It could be a doctor, a lawyer or a student who is addicted, anyone, but you can never tell until he or she admits to having a drug problem.”

The groom’s eyes began welling with tears when the bride, stunning in an strapless, ivory-colored silk mikado Monique Lhuillier dress, began making her way down the aisle to Steve Winwood’s “Higher Love.”

“It’s been a long road back,” the bride said shortly after sealing her marriage with a lengthy kiss.

Later, they gazed into each other’s eyes during their first dance, to Bruce Springsteen’s “If I Should Fall Behind.”

Having kept a vow to be back by each other’s side, they vowed once more, come what may, to forever remain there.

Taste of Spain Upon arrival at the ceremony, guests were greeted with a Spanish jamón serrano ibérico de bellota station.

Next Stop, Alba and Robbie’s Wedding Lorenzo Laroc, a New York City subway performer and Carnegie Hall musician, whom the groom met on a subway platform a decade ago, played his electric violin during the cocktail hour.

From the Bride’s Vows “I have loved you through our darkest moments, which threatened everything. We are inextricably intertwined. We are a family.”

His Gift Was His Song The bride’s uncle, Rafael Berenguer Vidal, composed an original musical composition, “In the Library,” dedicated to the couple as a wedding gift.