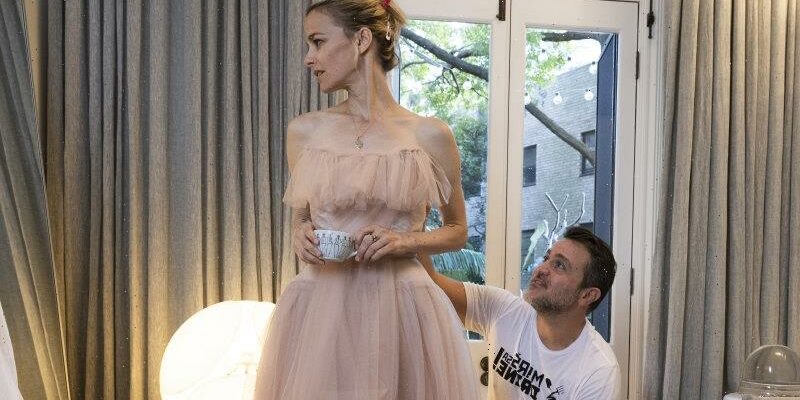 With her pick of dresses from leading Australian designers Toni Maticevski and Steven Khalil, actor Bojana Novakovic is the envy of stars who trod the Logies red carpet decades ago.

The beloved television event used to feature clothes borrowed from television wardrobe departments – not to forget the outrageous, spotlight-grabbing outfits worn by the likes of Jeannie Little and Susie Elelman. But at Sunday night’s ceremony on the Gold Coast, designer styles are expected to be out in force. 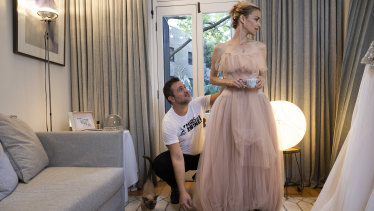 Thanks to a handful of stylists, designers are increasingly willing to loan lavish pieces for the event and the tragedy of gimmicky outfits and borrowed ballgowns has been replaced by aspirational runway creations.

“When I was in my 20s and 30s I wouldn’t have been caught dead at the Logies,” says Novakovic, 40, who is nominated for a Silver Logie for her role in the Binge series Love Me. “Was there fashion at the Logies? Growing up, I remember people looking like they were off to the races. It’s a lot better now.”

Novakovic has placed her reputation and measurements in the hands of Sydney-based stylist Mikey Ayoubi, who has secured outfits for actors for the Logies for more than a decade. He compares the evolution of the event to one of our country’s most stylish acting exports. 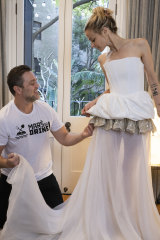 Silver Logie nominee Bojana Novakovic for “Love Me” on Binge, wearing Toni Maticevski with stylist Mikey Ayoubi as she prepares for the Logies red carpet.Credit:Louise Kennerley

“You can see how far it’s come since Margot Robbie was looking wild and young on the Logies red carpet in a ruffled gown,” Ayoubi says, referring to Robbie’s 2009 flamenco-inspired dress with an asymmetrical “mullet” silhouette. “Just like her, the Logies have evolved for an international audience. The formula for designers today is that if you loan it to Australian talent who are successful in something recognised all over the world, it’s a win.”

Melbourne stylist and shoe designer Lana Wilkinson is temporarily based in a suite at the Logies venue, The Star on the Gold Coast, to dress her handful of clients. Wilkinson credits the popularity of social media with giving designers confidence to loan signature pieces from their collections.

“When someone wore a Capellazzo dress on the red carpet, one of their pieces was called in for the Met Gala,” Wilkinson says of dressmaker Sonia Capellazzo’s Melbourne label. “That was all because of social media. It’s now about international exposure.”

“When I started you would have to wait and see which photos made it into the paper the next day and you might not see the jewellery or the shoes. Now everything can be shared all over the world and you can get up nice and close to the jewellery.”

This is great news for Novakovic, who is selecting jewllery from Cartier’s signature plush red boxes, adding another layer of armour for when she faces photographers.

“I have an absolute abject terror of the red carpet,” Novakovic says. “I’ve had a couple of anxiety attacks because you feel like you’re being scrutinised while people yell at you and mispronounce your name.”

“I used to have to pretend that I was some ice queen, but working with Mikey has changed my experience. I’m an artist trying to navigate myself in the world, and he guides me with the fashion.”

Join our Logies live blog for red carpet highlights followed by the award ceremony, from 3.30pm on Sunday.