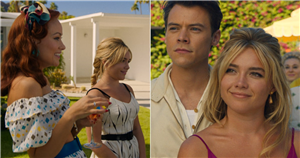 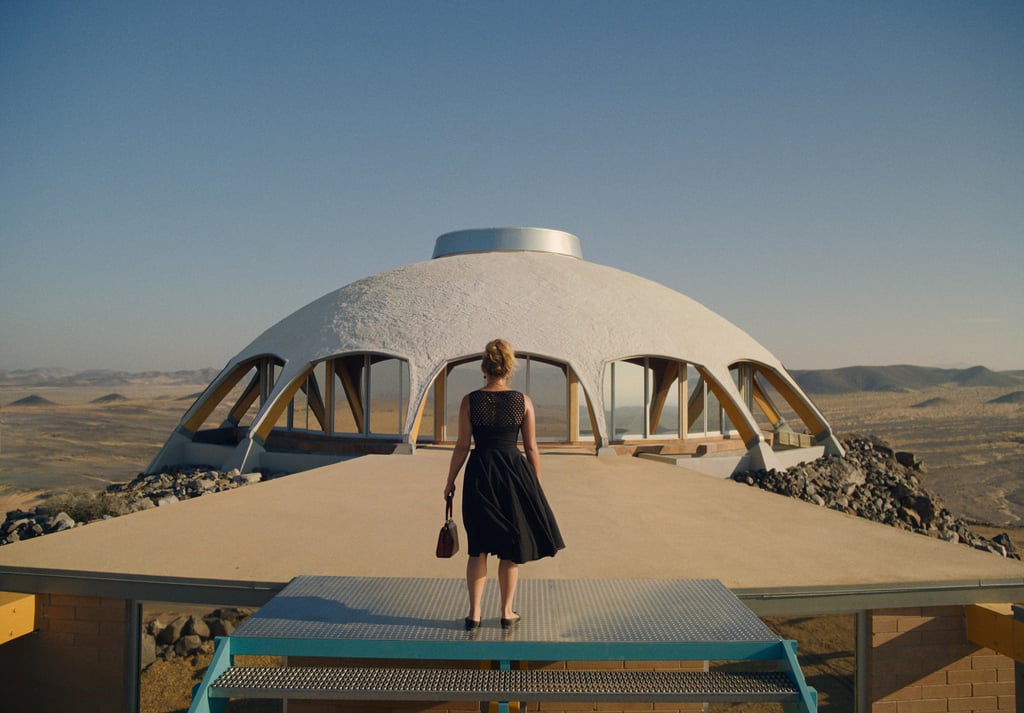 Arianne Phillips is the costume designer behind the wardrobe for the much-anticipated film “Don’t Worry Darling,” which is now out in theaters. Phillips, who was Oscar-nominated for her work on “Once Upon A Time…In Hollywood” (2019) and “Walk the Line” (2006), worked closely with director Olivia Wilde, production designer Katie Byron, and cinematographer Matthew Libatique, to create the wardrobe. Phillips relied half on ’50s and ’60s vintage sourced from private dealers and half on her own design team to achieve the intended look for a retro town called Victory, where the story takes place.

Her greatest strength is in her use of color, which served to further character development and set the tone and mood throughout the movie. Two focal points are the black dress Alice Chambers (Florence Pugh) wears in the desert and the white dress she dons in the finale as she kills her husband Jack (Harry Styles) and navigates her own escape.

During the latter scene, things obviously get messy, which is why five iterations of the same white dress were created for filming takes. Phillips names these two Alice looks as the ones she was most pleased with. “I think they were successful in what I was trying to achieve,” she says.

Phillips’s process is methodical. “I always start with color and silhouette. I love a color story, which became incredibly exciting when designing Victory and our world. Olivia and I spent a lot of time looking at color palettes.”

Alice’s dresses, in particular, coincided with each moment that she makes a new discovery. Ahead, learn about the intention behind her most picturesque dresses.