After an busy Inauguration Day, the Biden family capped off the historic evening at the Lincoln Memorial and at the White House for a virtual event dubbed Celebrating America, a televised concert hosted by Tom Hanks, featuring performances from Demi Lovato, Justin Timberlake, Katy Perry, and more. The music spectacular was a show-stopping stand-in for the inaugural ball, which was canceled due to COVID-19 safety precautions. 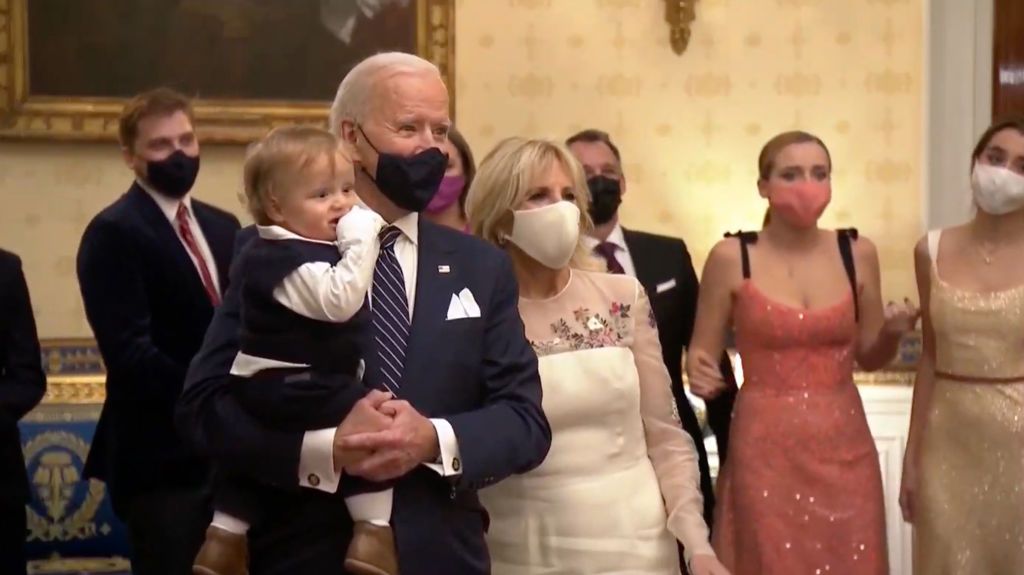 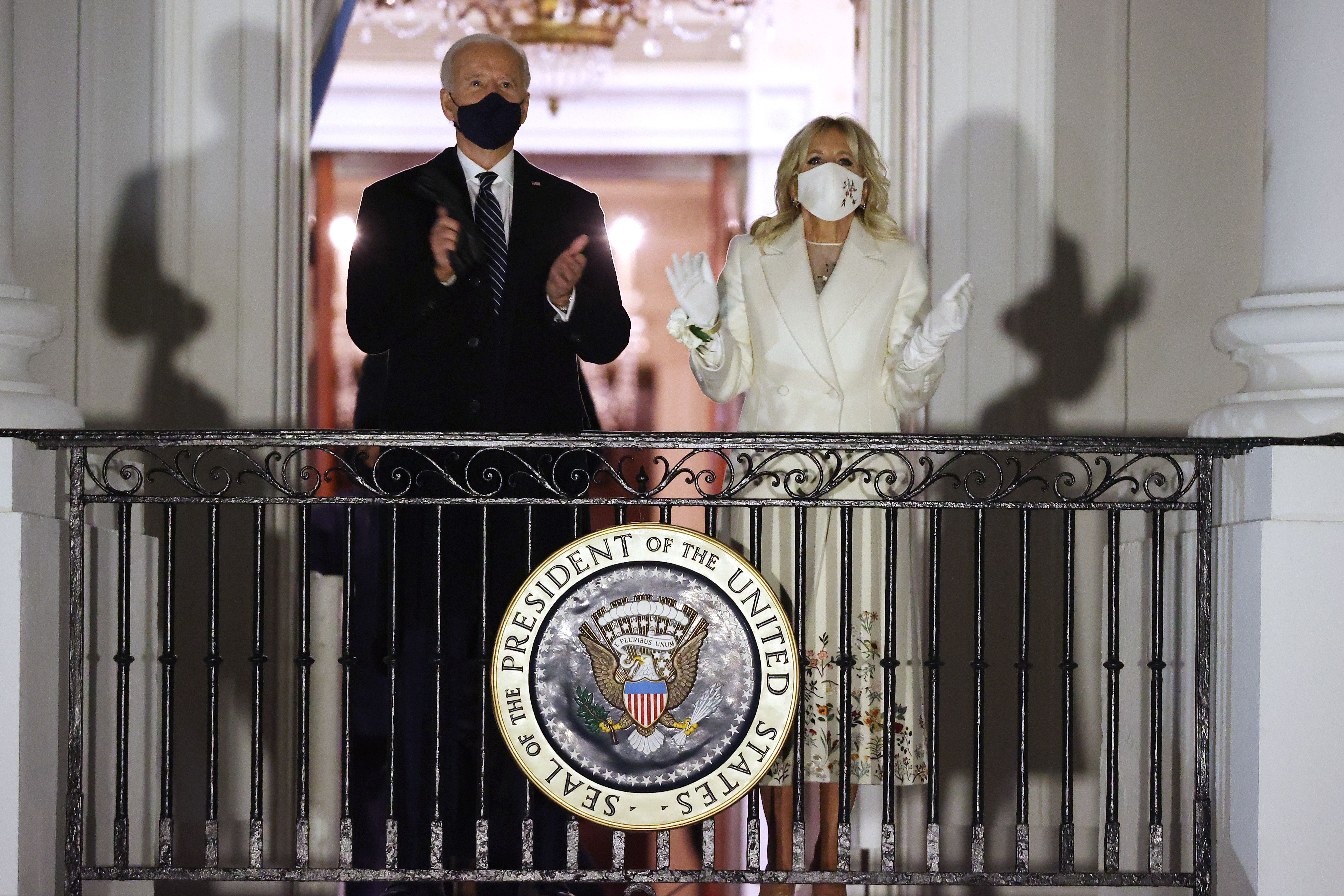 For the event, First Lady Dr. Jill Biden opted for another dress and coat ensemble, this time in white with floral embroidery, by Gabriela Hearst. The choice of white, as seen in Naomi Biden and J.Lo’s looks for the swearing-in ceremony, is often worn by women on the world stage as an ode to women suffragists. In addition to her eponymous American fashion label, Hearst, a Uruguay-born designer based in New York, was named the Creative Director of Chloé this past December. 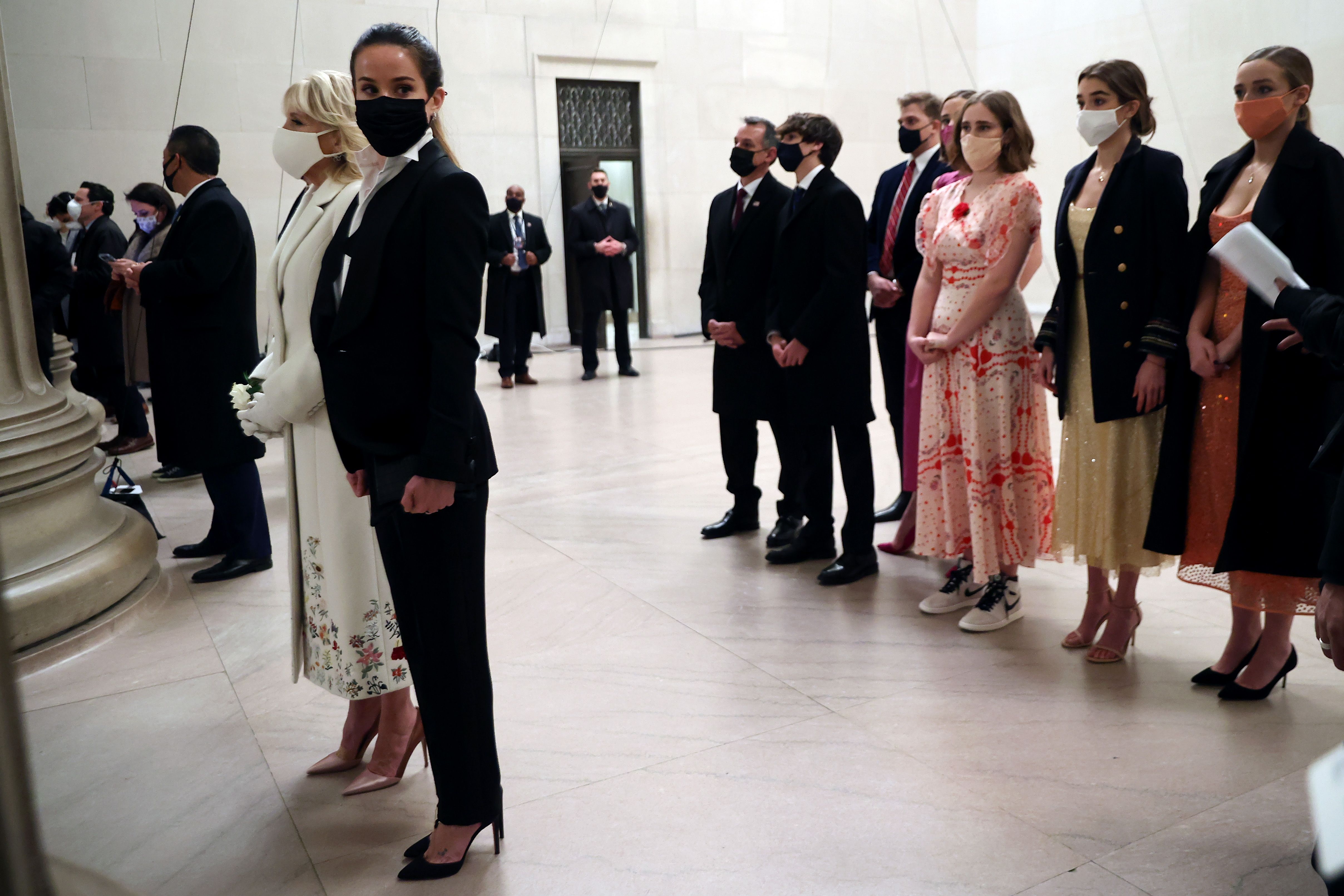 At the end of the night, the family stood on the White House balcony watching Katy Perry perform her song “Firework” in Thom Browne as fireworks in red, white, and blue exploded over the Washington Monument.

The Bidens’ evening fashion choices appeared to echo the same messages we saw in their daytime inaugural attire, as well as the fashion choices of Vice President Kamala Harris, who wore pieces by Pyer Moss, Christopher John Rogers, and Sergio Hudson over the course of inauguration festivities: This administration plans to be intentional in its wardrobe choices, supporting young talent, BIPOC-owned brands, American-made products, and small businesses across the country.