Fuzzy and enveloping, cuddly and adorable, the MaxMara Teddy Bear coat is like a Snuggie with buttons.

With its dropped shoulders, cozy pockets and blend of alpaca and mohair, it is the outerwear version of that cute animal at the foot of the bed. Unprepossessing in design terms, it has also proved to be that rarity:a retailing monster that since being introduced on a MaxMara runway at a 2013 fashion show has sold more than 17,000 and generated over $50 million in revenues, according to a company spokesman.

“I remembered a certain type of coat in the ’80s made from rich, deep pile, and I had a feeling that kind of coat was missing and would tap into the zeitgeist,” Ian Griffiths, the coat’s designer, said recently when asked about the origins of the design. It experienced a modest burst of popularity in its first season, thanks mostly to street-style shots posted to social media of the French fashion editor Carine Roitfeld wrapped in a borrowed Teddy Bear coat.

“That image of Carine wearing it in cold Milan went viral, and sales popped,” Mr. Griffiths said. “Then they went a little bit quiet.”

That all changed four years later when Mr. Griffiths returned the coat to the MaxMara runway and built a fall 2017 collection around a modified version made from silk and camel hair. 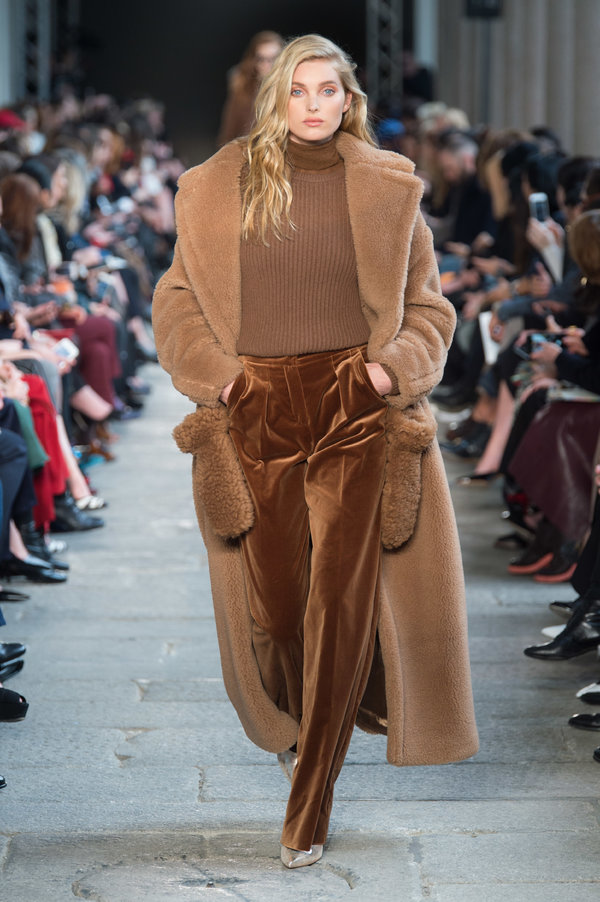 This time, consumer reaction had a force few designers will experience. Even before Julia Roberts was photographed on a New York street in late 2018 enveloped in a big white Teddy Bear coat, MaxMara had sold 1,500 of them, notwithstanding a daunting $3,500 price tag.

“Then the Teddy Bear sort of blew up,” Mr. Griffiths said, understating the case.

Within a year of its appearance on the 2017 runway, sales of the Teddy Bear coat had ballooned past 15,000 and dozens of copycat coats had appeared in versions both high and low.

While a $5,600 shearling Balenciaga variant that Kim Kardashian West was photographed wearing atop a hot pink sports bra and sweatpants on Valentine’s Day last year may not have been a line-for-line reproduction, it had the visual effect of being an unusually stark example of imitation as the sincerest form of flattery.

Not to be left out, men’s wear labels as disparate as Asos, Todd Snyder and Ralph Lauren introduced their own iterations. For his fall 2019 presentation in Milan, Mr. Lauren previewed a Cuddle Coat said to have been inspired by the cozy dusters men can be seen wearing as they stroll the decks of ocean liners in photographs from the 1930s.

The Lauren coat is made from fabric produced by Schulte, the German company that has supplied Steiff with its teddy bear fur since Bear 55BP was introduced at the Leipzig Toy Fair in 1903.

“It’s very hard to be premeditated,” Milton Pedraza, the chief executive of the Luxury Group consultancy, said of fashion bonanzas. “It’s like the butterfly effect in complexity theory,” Mr. Pedraza said, referring to the physics principle that theorizes that small gestures can produce distant repercussions. “The butterfly flapping its wings here can cause a typhoon in Malaysia.”

One indication of the Teddy Bear coat’s impact has been the difficulty consumers encountered when trying to obtain one. “I’d been eyeing it for years, but every time I would go into Bergdorf, it was always sold out,” Nicky Hilton Rothschild, the socialite and designer, said last week by telephone from Courchevel, the ski resort in the French Alps. Before scoring her tan Teddy Bear coat last fall, Ms. Rothschild made do with a $150 model from Topshop.

“It’s gotten so you can’t walk a city block now without seeing two or three of them,” Ms. Rothschild said, adding that it is also a challenge to open a fashion magazine without spotting the coat on the likes of Karlie Kloss or Hailey Baldwin or Heidi Klum.

“I’ve never seen this happen with something this expensive,” Ms. Rothschild said. “This is not a Von Dutch trucker hat we’re talking about.”

The actress January Jones considers her red Teddy Bear coat as much soft armor as mere outerwear, she wrote by email, equally a security blanket and a “chic and enviable” way to stay warm. “It’s where I cocoon myself in a trailer at work, how I stay cozy when I travel and where I hide when I need space.

In that sense the coat offers fuzzy counterbalance to another well-publicized MaxMara design, the emphatic red so-called power coat that Nancy Pelosi, now the speaker of the House, wore to a December meeting with President Trump.

“Big Coat Energy,” The Boston Globe wrote of a coat that had the unanticipated, if temporary, effect of making overclothes the talk of Washington. That coat had a message to deliver, as Vogue.com wrote: “Don’t mess with me.”

The separate, commercial message of the coat’s appearance was not lost on MaxMara, and soon after Ms. Pelosi wore her funnel-necked coat to the White House, the label announced plans to reintroduce it.

Then, two weeks ago, at its fall 2019 show in Milan, the label upcycled its most powerful reliable, the Teddy Bear, this time in the classic fawn of stuffed animals but also in strident hues of cyan blue, cerulean and corn yellow. Asked to explain the decision to bypass the novelty that fashion relies on for something tried and true, Mr. Griffiths said the reason was anything but complex.

“It’s a big scary world, and nobody’s grown-up enough not to need something to cling to,” he said. “We’re all looking for a little comfort and security.”