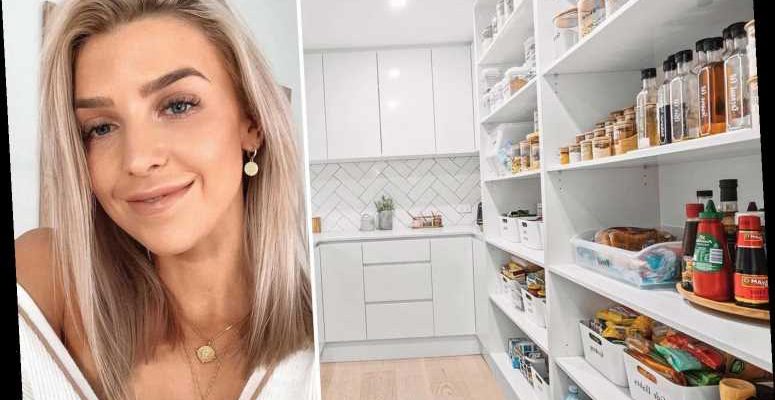 AN organising-obsessed mum has shared some of her budget-friendly tips which help keep her kitchen looking immaculate – and they're so simple anyone can do them too.

Stephanie Pase, 29, from Sydney, has a fan base of 180k on Instagram,thanks to her organising ways and regularly shares clips on YouTube. 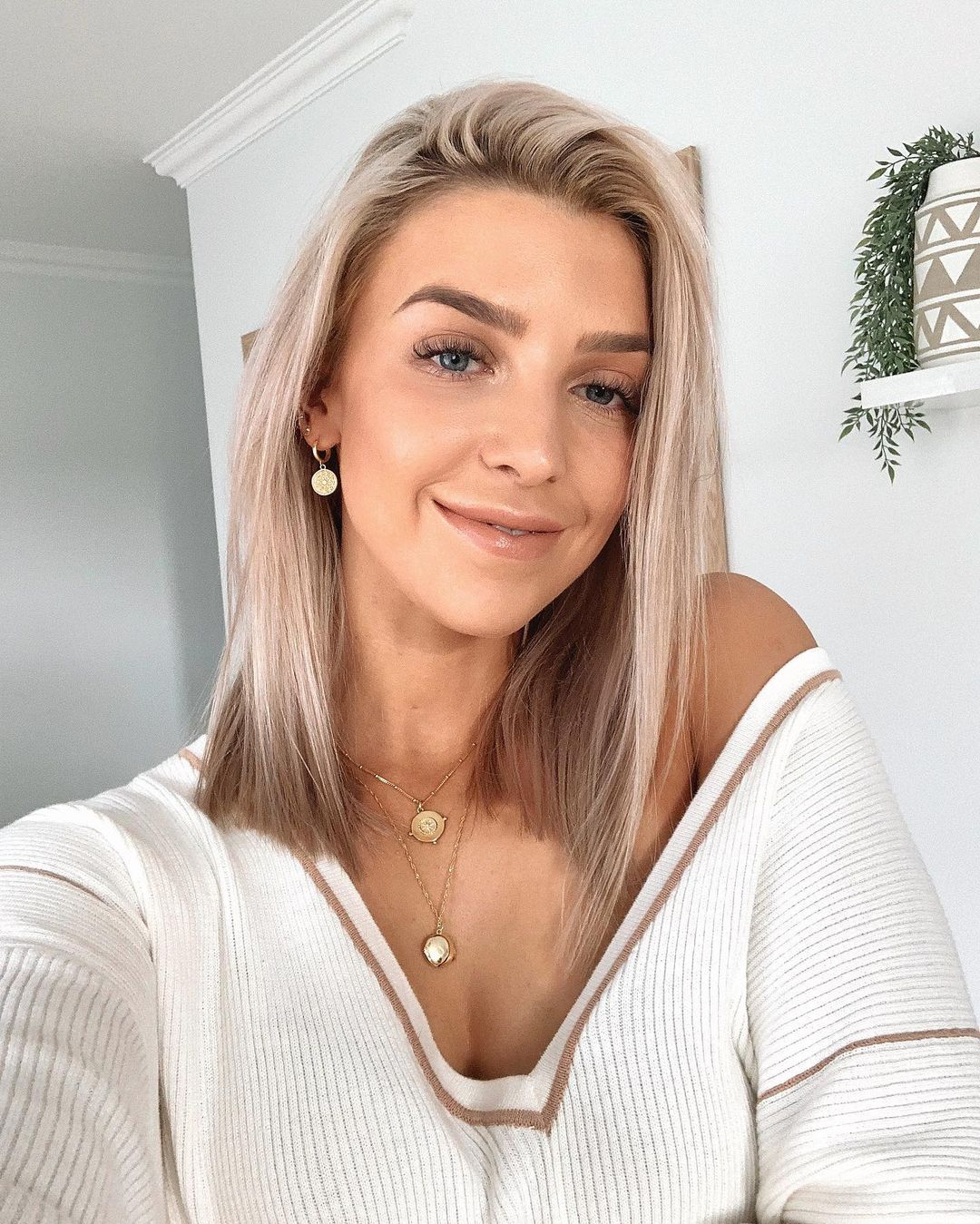 In a recent clip on her YouTube channel, the mum-of-two revealed that kitchens are often the hardest to organise because there's usually so much "stuff" – but she admits it is entirely possible to do on a budget.

She said: "I know the kitchen can be super overwhelming when it comes to organisation as we keep our plastic containers, oven trays and all sorts there, but it's easy to organise when you know how."

These are some of the savvy ways Steph keeps her kitchen in check. 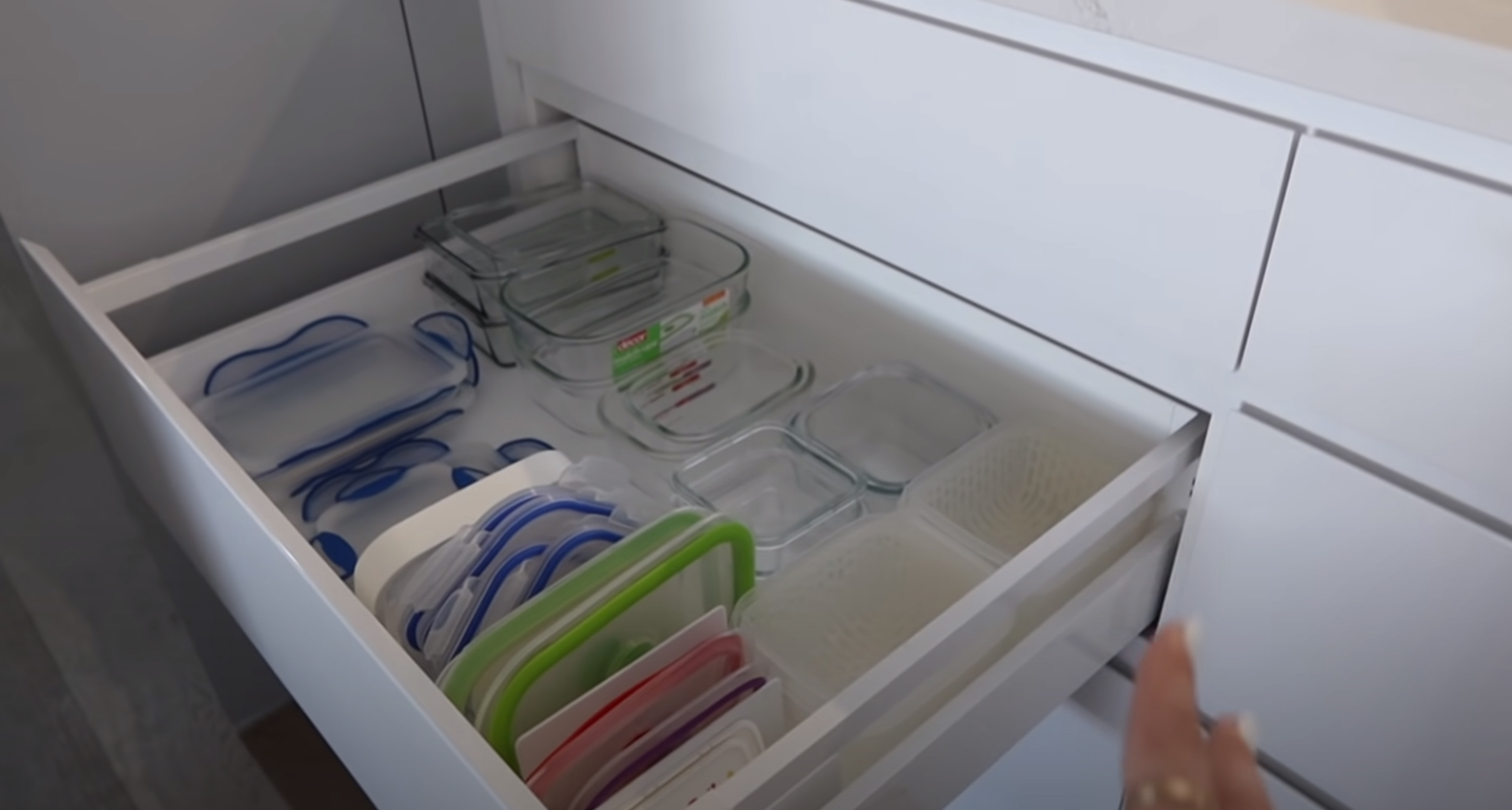 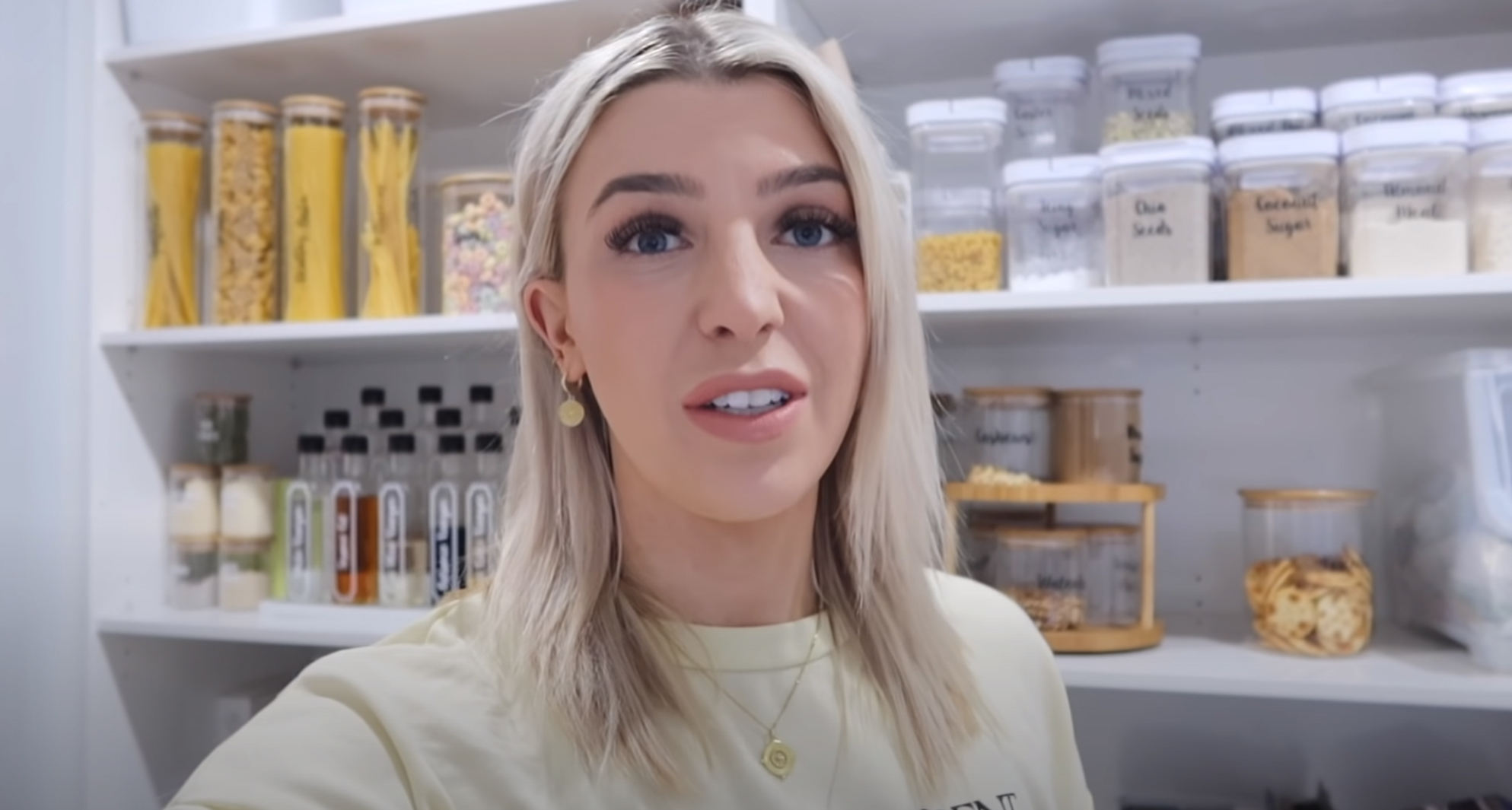 Tupperware lids often missing, or at the very least look extremely messy, and Stephanie is a huge fan of using document or file holders to keep them organised.

"I think we all know that storage containers are really difficult to store. They're super bulky and you always lose lids – it gets messy very quickly," Steph said.

The mum said she ties to buy the same make and size containers for easy storage, and said: "We have two file holders backed against each other" which keeps them in check.

Use magazine holders to store over trays 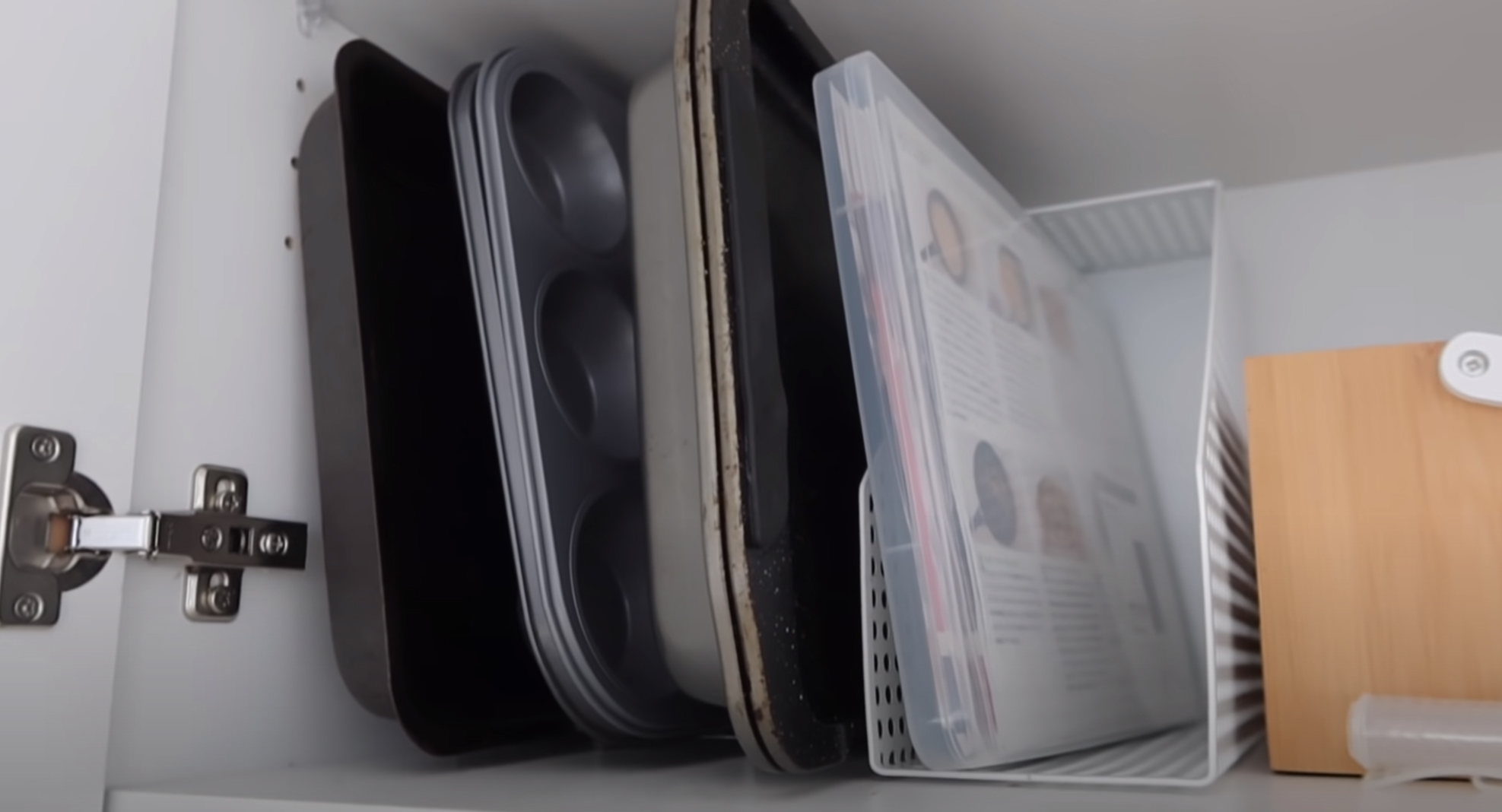 On the topic of file holders, Steph also uses them (but a different kind) for her oven and muffin trays, as it makes them much more accessible.

It's common for people to just pile them on top of each other, but Steph said it often makes them hard to get out.

Organise your junk drawer with a cutlery holder

Just because it's a junk drawer, it doesn't been it has to look like one and Steph invested in a £17 cutlery tray from Ikea which keeps it looking neat.

The tray helps her to organise everything from coins to pens, makeup, chargers and random items, with the mum saying: "This makes it much easier to handle."

She added: "It's basically organised chaos as we have sectioned it off to coins, pens, lip balms etc." 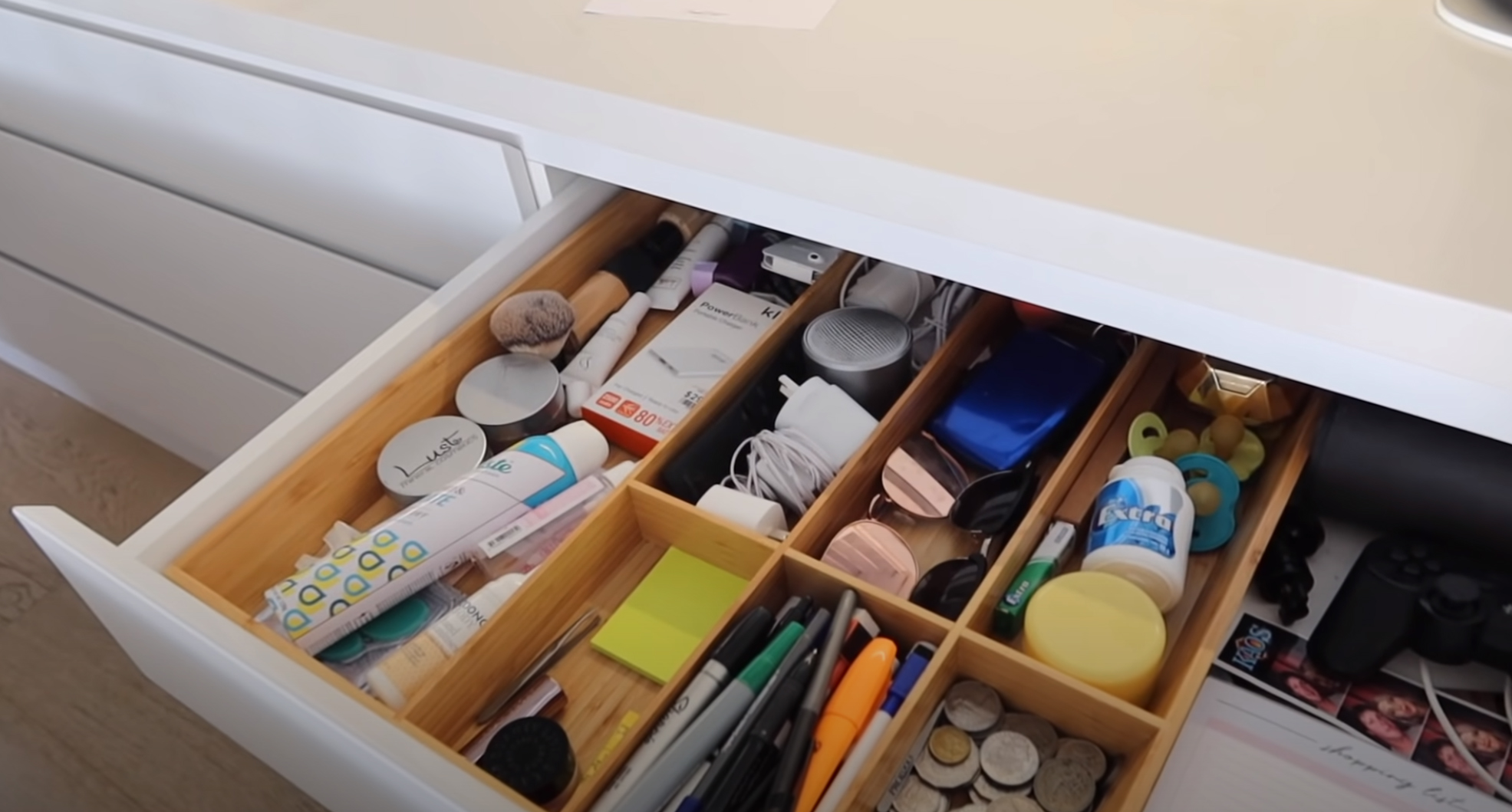 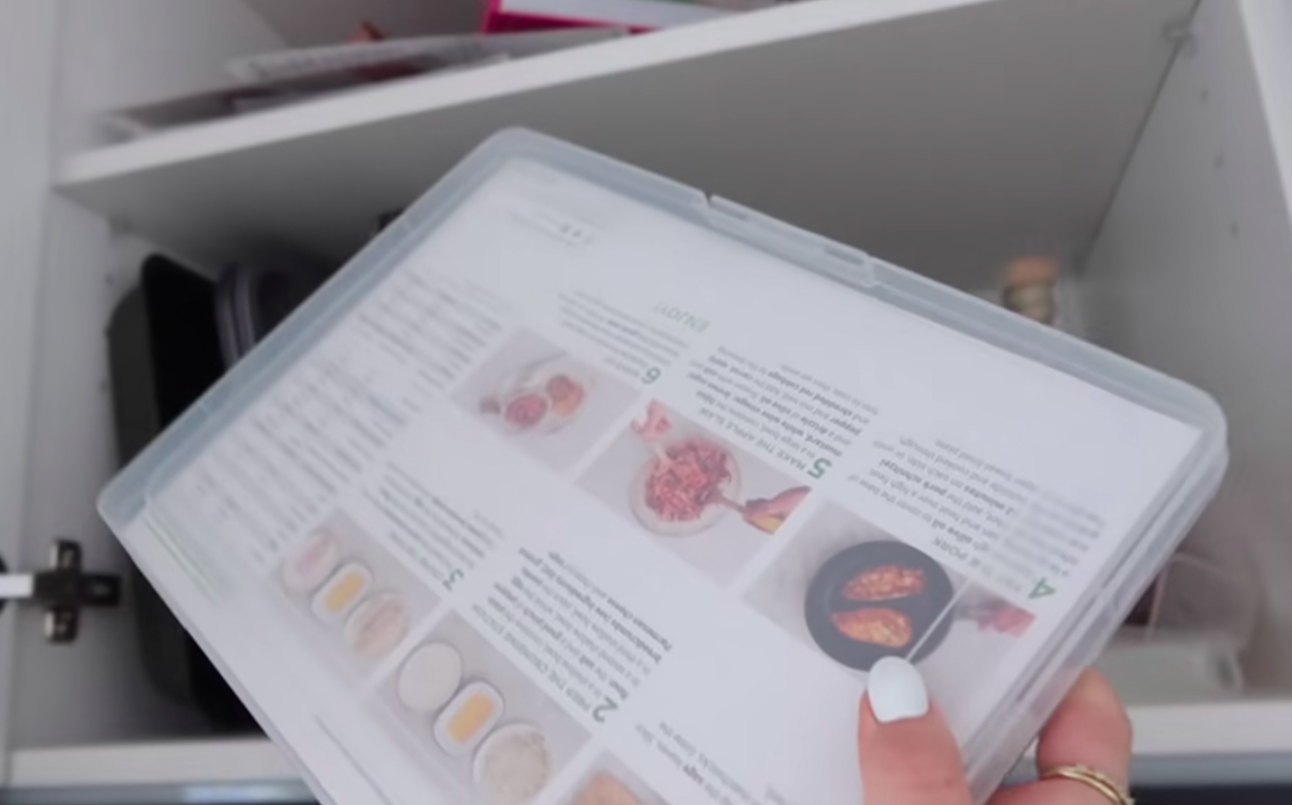 Use a carry case for your recipes

If you're someone who has recipe snips laying around everywhere, or stashed in a drawer, than follow Steph's advise and keep them all together in a carry case.

Steph picked up a cheap plastic case from her local bargain shop and stores them in the cupboard for easy access.

"We did Hello Fresh for a year and a half and still cook a lot of the recipes, and this just helps to keep them all together," she said.

Use wine holders or a rack for drink bottles 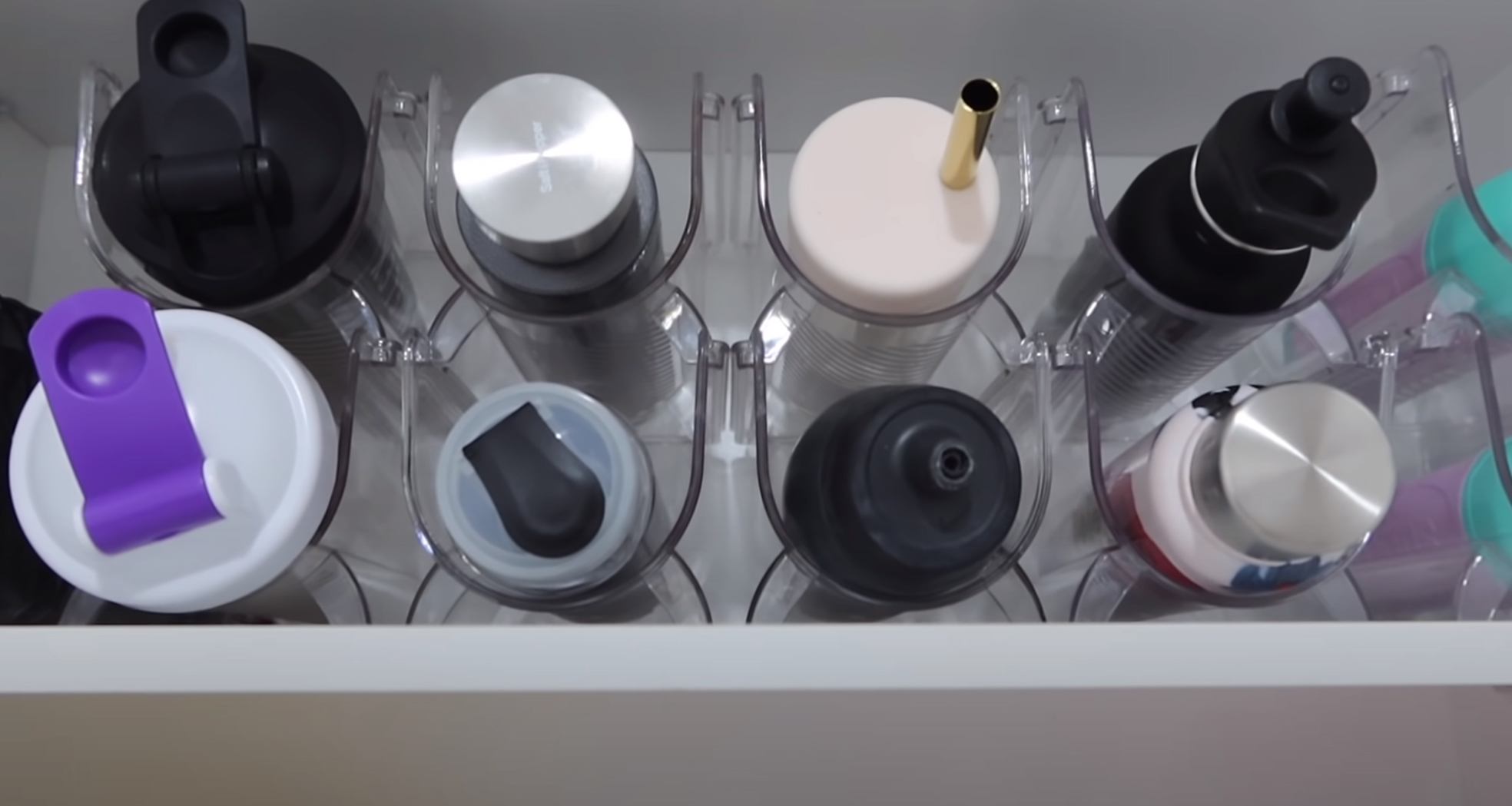 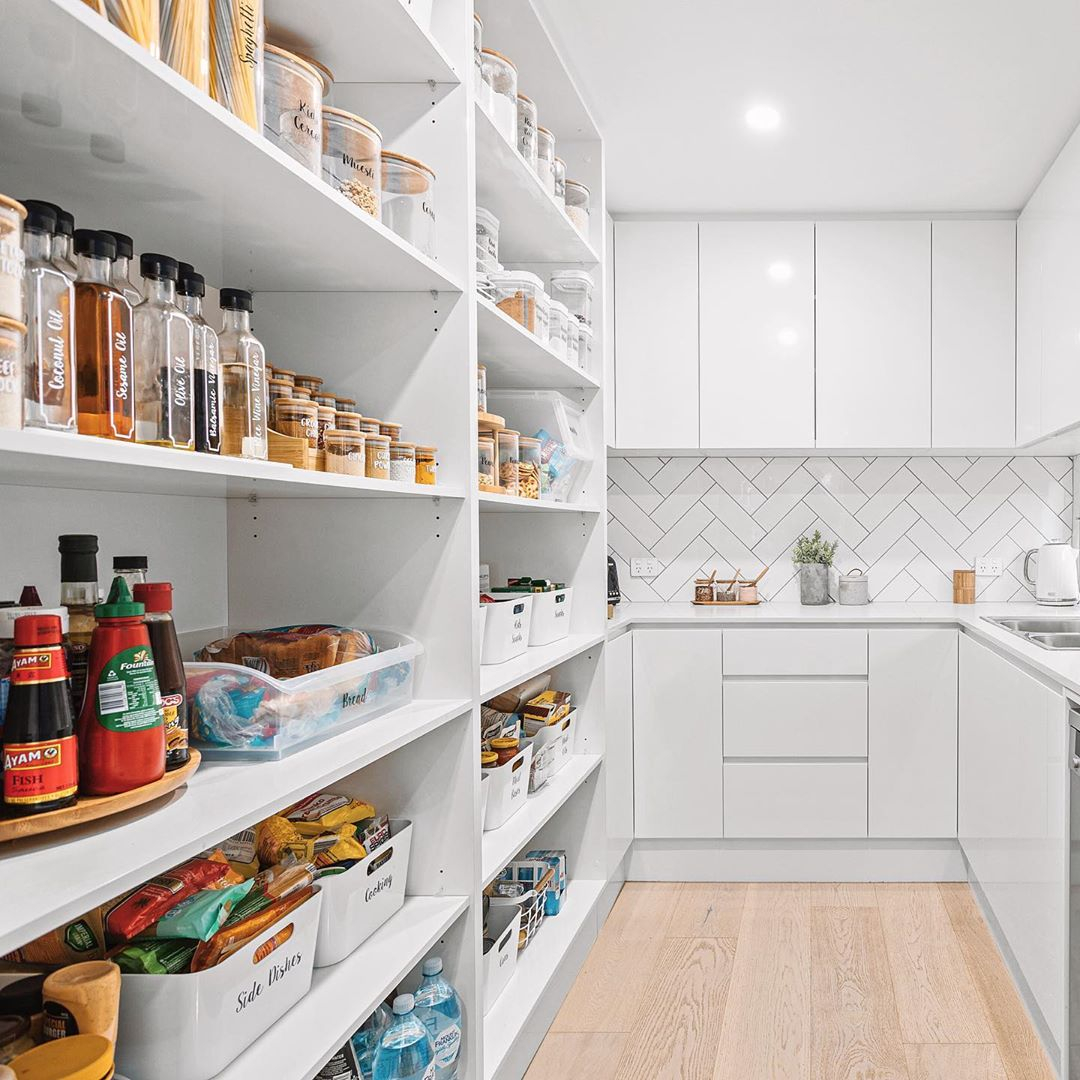 She also suggested using a wine rack if you have heaps, and dubbed the approach "life-changing".

She said: "You just stack them together and it means it's much easier to store drink bottles and protein shakers and things like that."

The 29-year old uses command hooks under the sink to hang her dish brushes and cloths, and not only do they save on space but they look neater too.

Steph said they are good for people in rental homes as they can easily be removed. 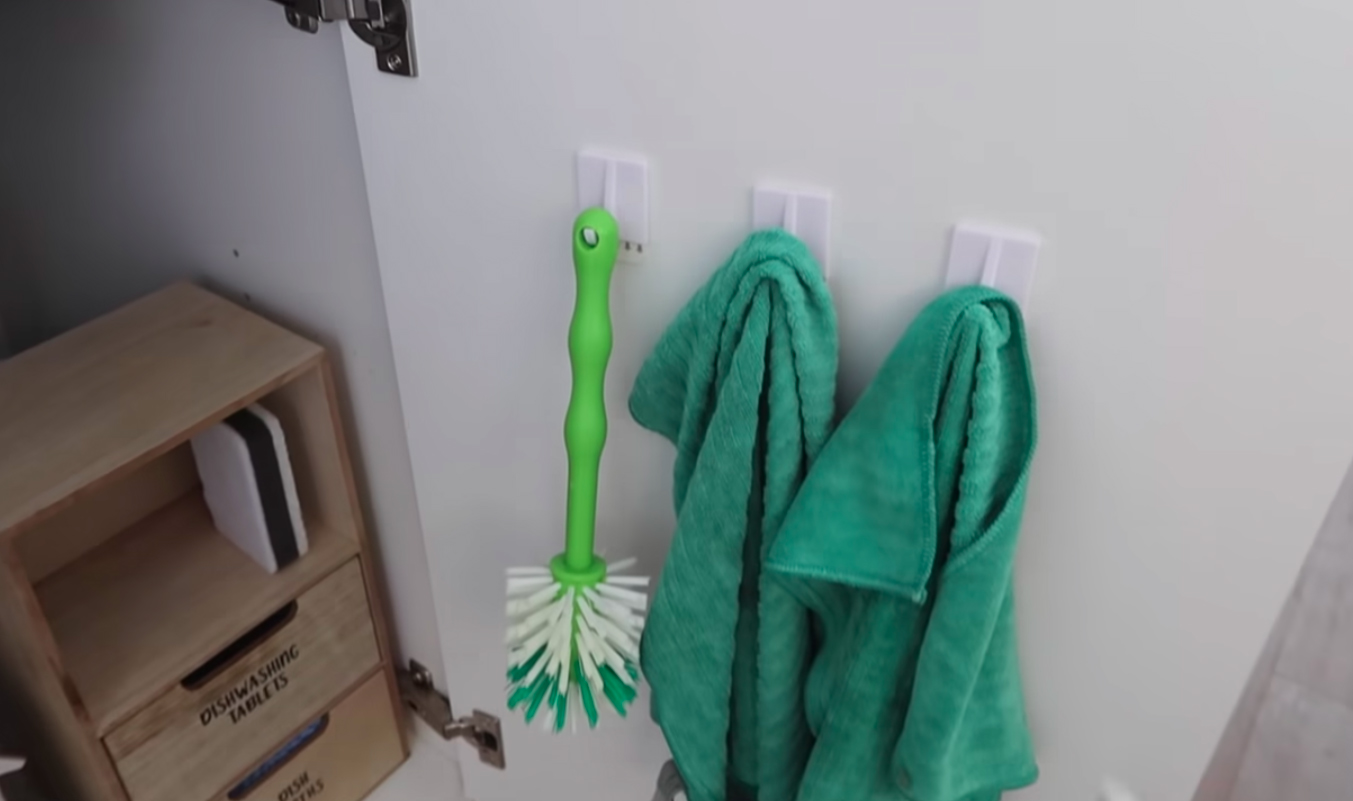 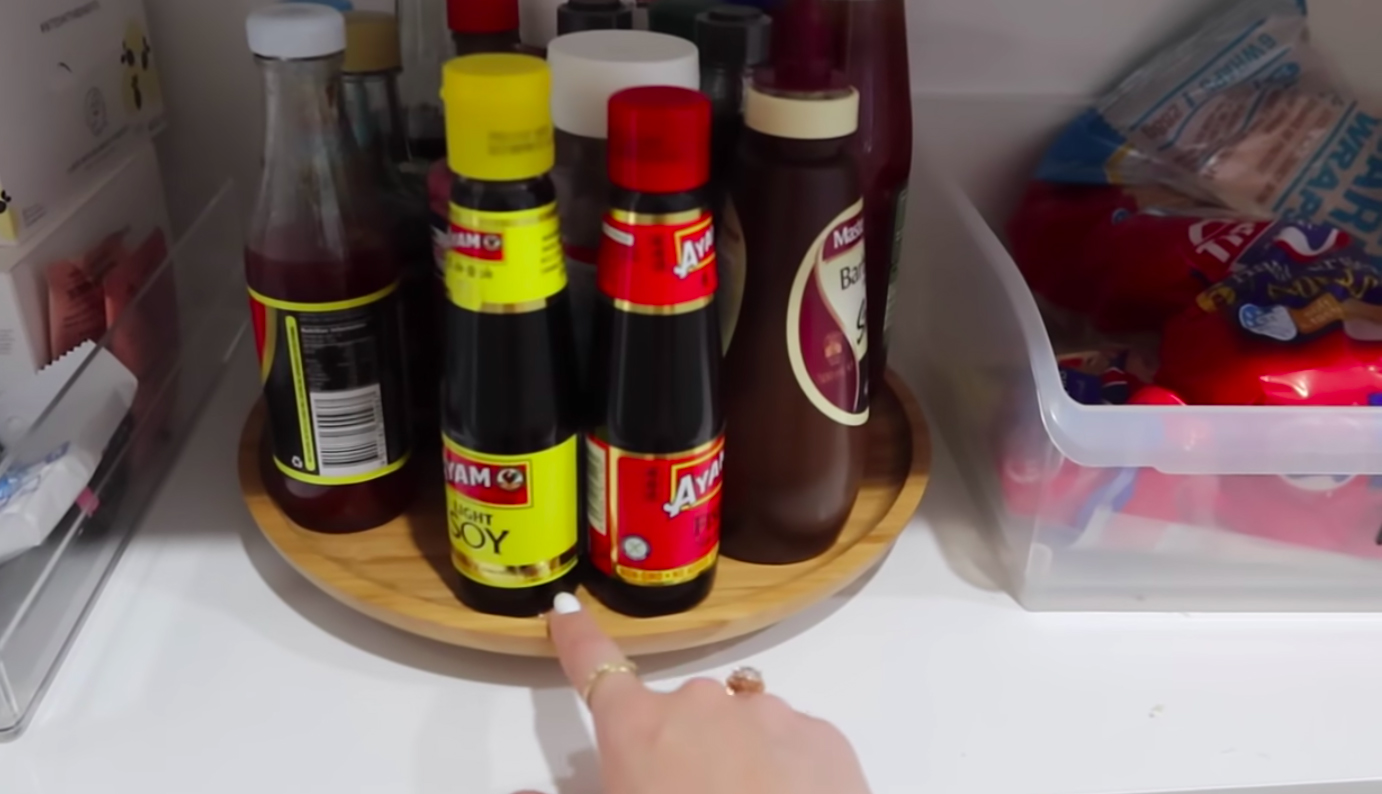 The mum-of two swears by "flip lid containers" to help store snacks in the pantry.

She picked up hers for cheap in her local bargain store, but similar versions can be bought on Amazon and similar UK bargain stores.

And just like The Home Edit Fans, the organised mum also uses a lazy susan to store her sauces, and said: "these are great for corner pantries as it means all of your oils and sauces are easy to find."

Elsewhere, a hyper-organised mum shares the clever way she stores her son’s Lego so nothing gets lost.

And this mum-of-two who let laundry pile up after her son was born finally tackles the mess & she can see her floor again.

And this mum was praised for ‘realistic’ lunchbox with no veg & packaged snacks & says parents need to stop competing with each other.