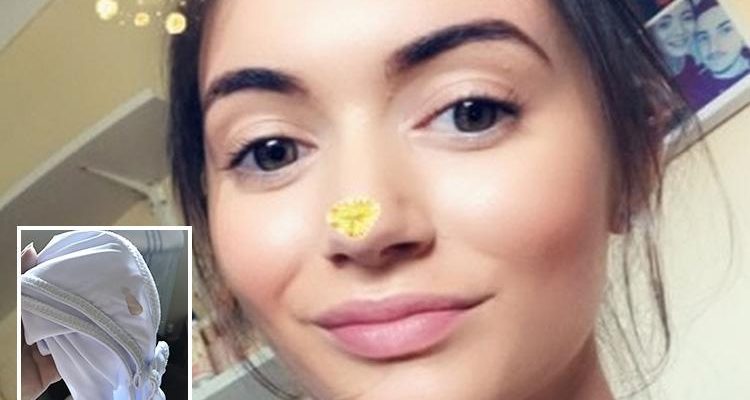 Jasmin Richardson, 18, was trying on the all-in-one when she spotted the red stain – and whipped it off in horror. 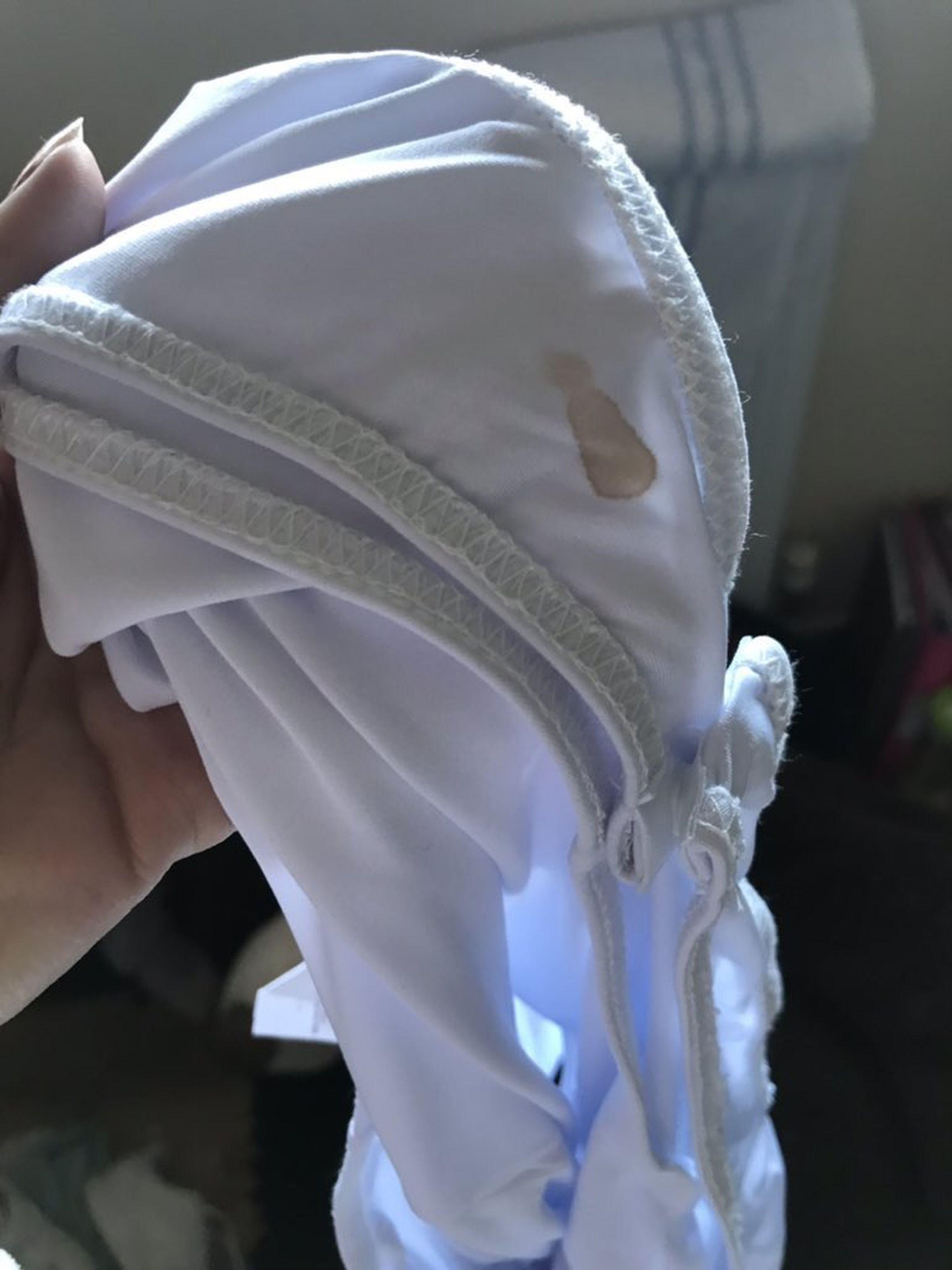 Jasmin claims the item didn't have a hygiene sticker on it and she says that despite complaining several times on social media is yet to hear back from the retailer or receive a refund.

The teen – from Bracknell, Berkshire – says: "I think it's period blood for sure. It's really gross and disgusting.

"I went to try it on over my tights and as I was pulling them up I noticed the hygiene sticker was missing and that something was on it.

"I didn't actually manage to put it on as I remember thinking 'what's that?' and when I had a closer look I could see what it was, it was disgusting." 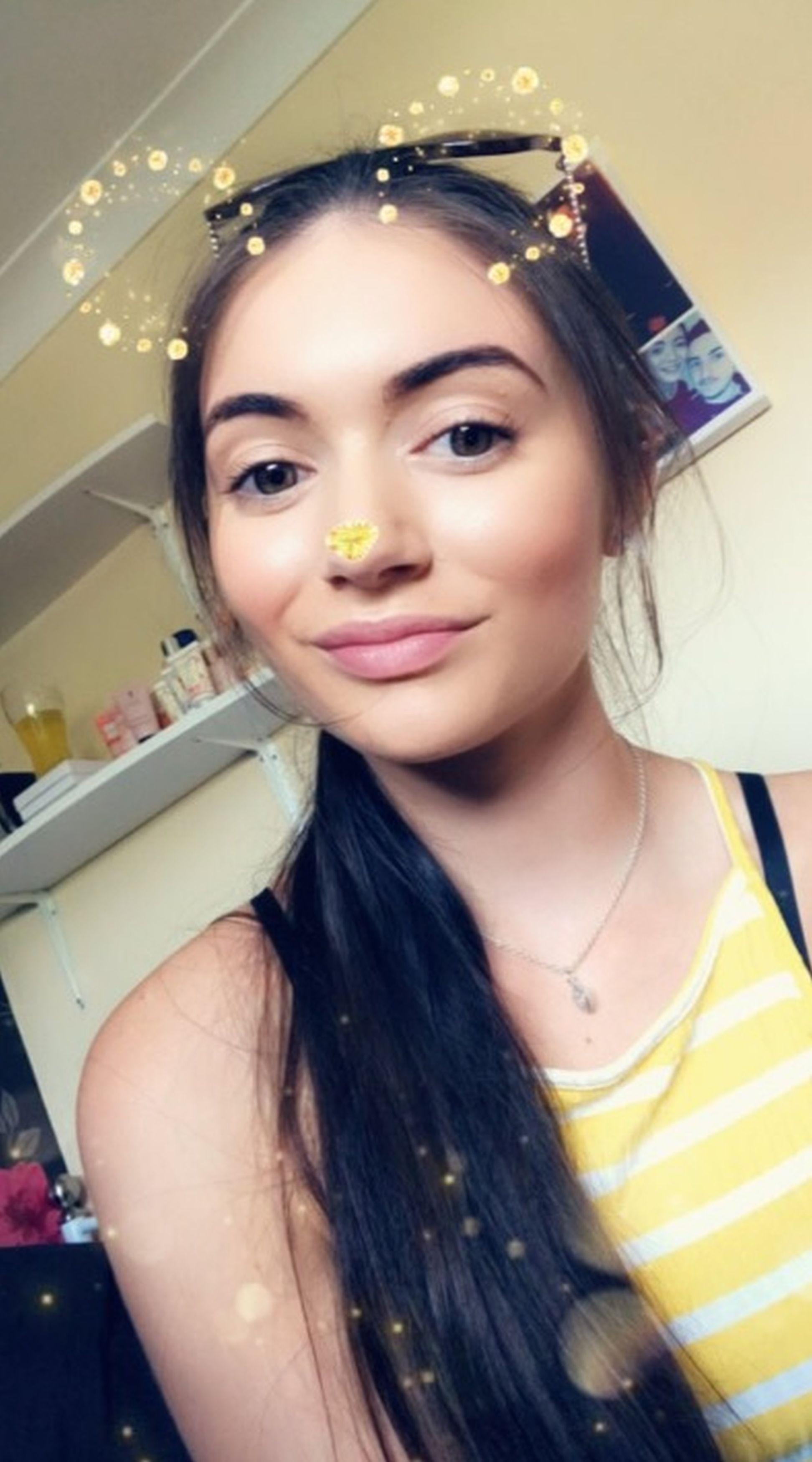 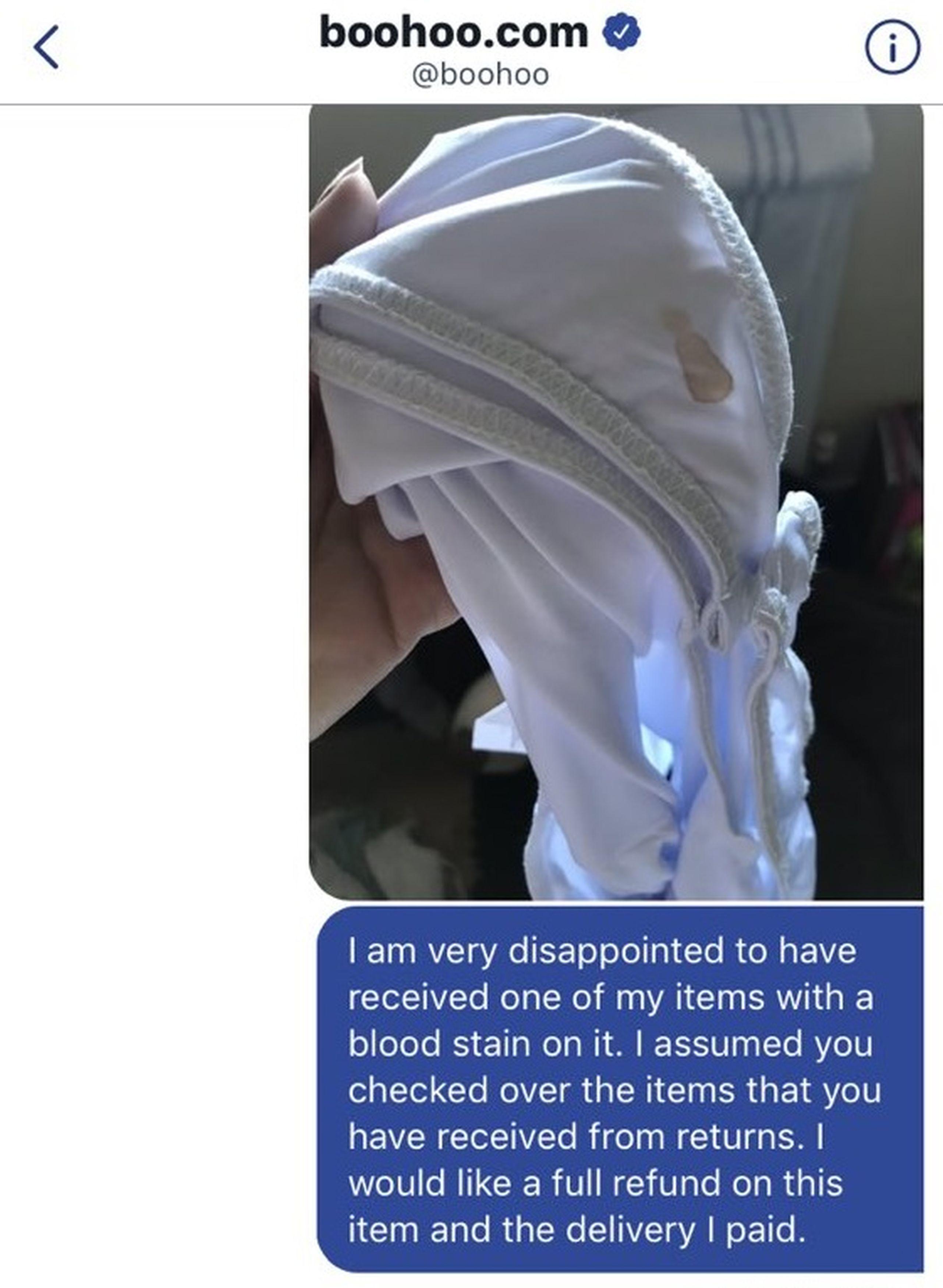 She added: "They've obviously not checked their refunds, it's so unhygienic.

"I don't know anything about the person whose blood it is, they could have anything. It's so gross and the health implications could have been really serious."

Jasmin ordered the item – which is now reduced to £6 – earlier this month and had planned to take it on an upcoming family trip to Cuba.

She explains: "I order from Boohoo quite a bit, especially when they have an offer on. I ordered a few things including the white bodysuit – everything else was fine.

"When the delivery arrived I was excited because I was supposed to be taking it on holiday with me to Cuba but instead it was disgusting.

"I took a picture as I knew I was going to send it back and complain about it." 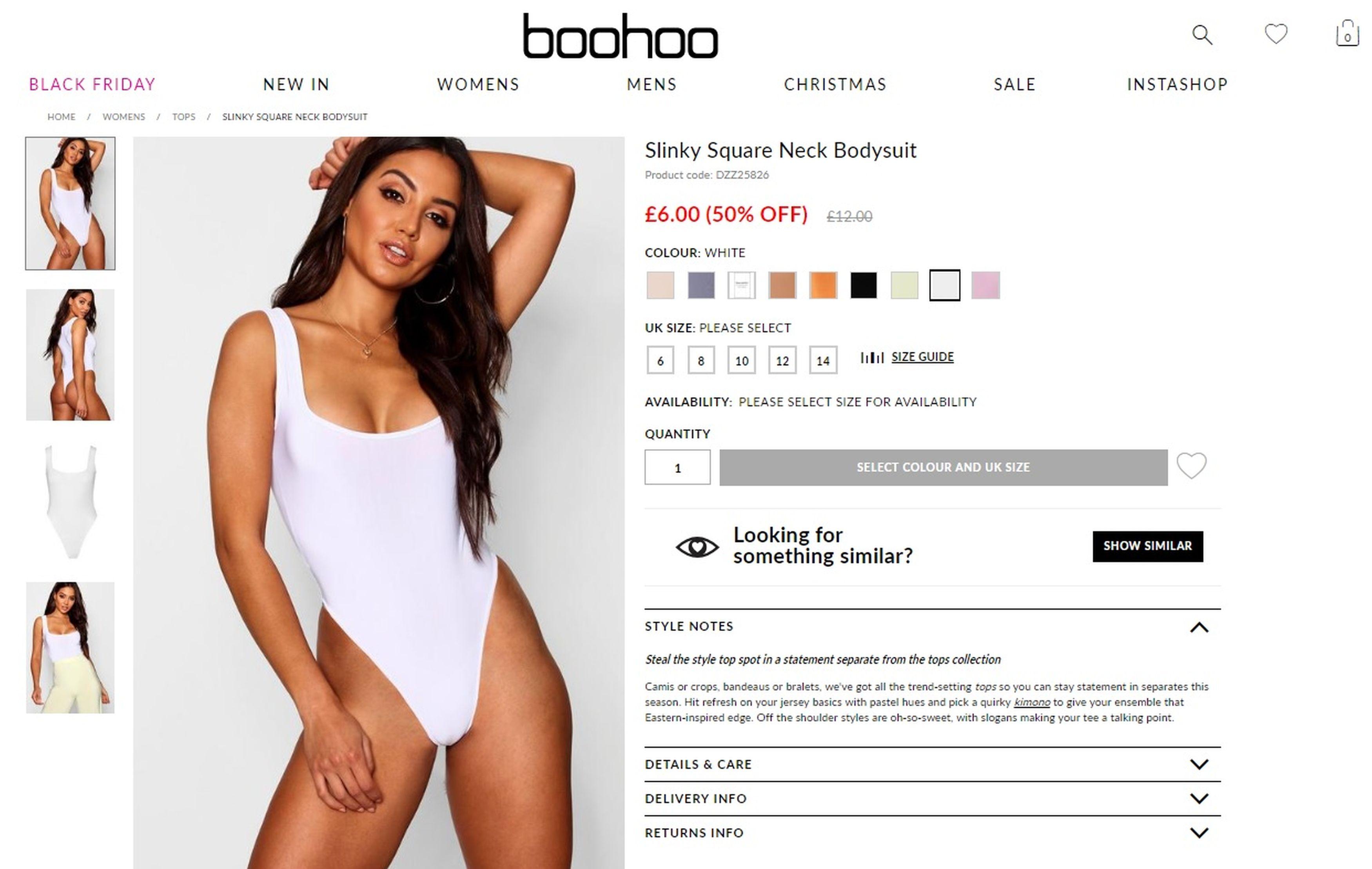 She adds: "I private messaged them twice and then friends said to tweet publicly and they might respond, they didn't get back to me at all.

"I've sent it back and I'm really angry about it. I'd like an apology and my money back as well.

"It's definitely put me off shopping there in future." 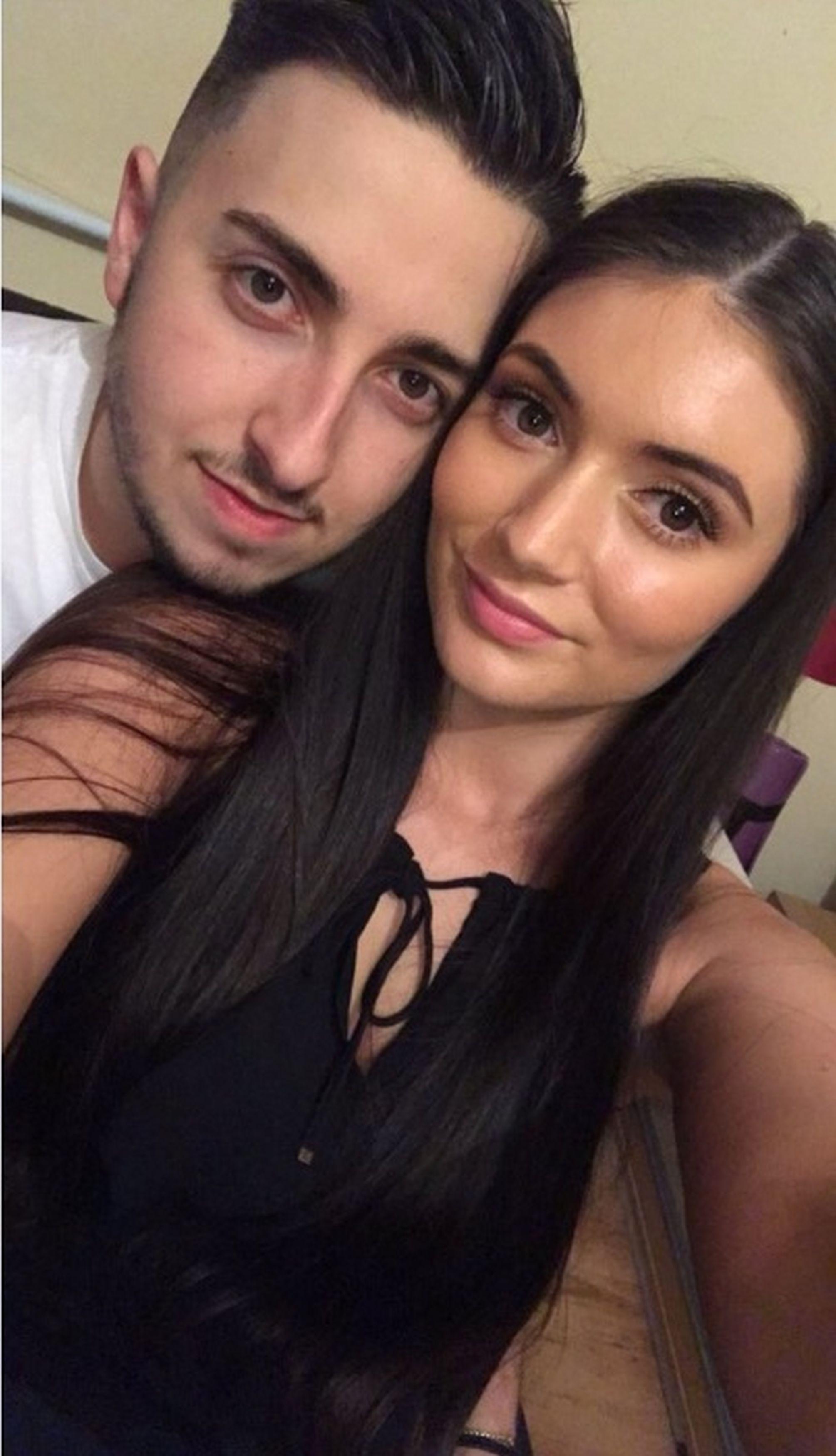 A Boohoo spokesman says: "We are in direct communication with the customer in relation to this matter.

"We will be offering a full refund and a replacement garment free of charge.

"Furthermore, we are conducting a full investigation to understand how this could have happened.

"The warehouse team are working to ensure that an incident of this type does not happen again."

Boohoo is selling a velvet 'Wrap Me Up' BOW… that they're calling 'sleepwear'.

And Missguided has become the butt of shoppers' jokes after selling a skirt that's just SEVEN inches long.