A YOUNG woman was refused professional help for her severe eating disorder because she was deemed 'too fat' by the health team who assessed her, leaving her to continue self harming and consider suicide.

Sammy Halstead, from Caerphilly, Wales, went for an assessment with a community mental health team in Cardiff, where she was studying psychology at university, when she was told she couldn't be help. 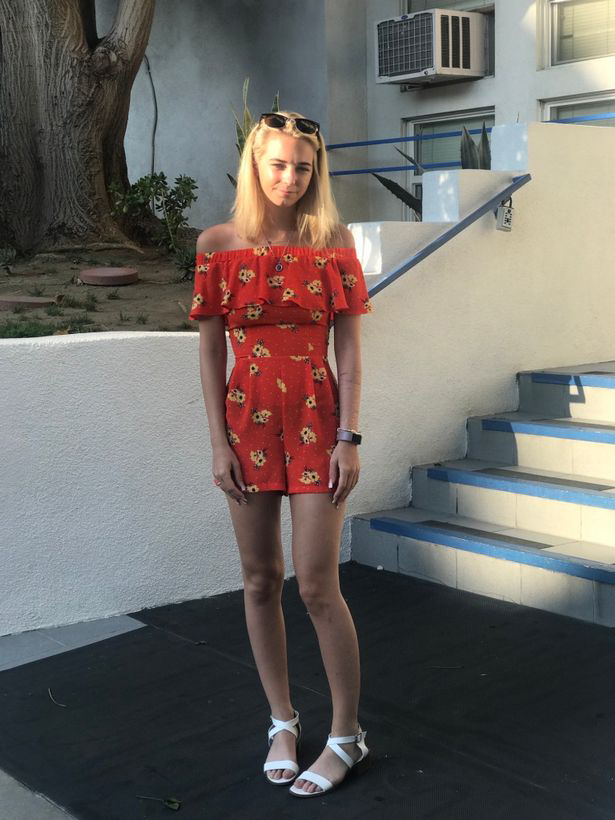 The 21-year-old received a letter weeks later which stated she didn't meet the criteria for specialist help at an eating disorder clinic as her body mass index (BMI) was not deemed low enough.

Heartbroken Sammy had already been struggling with food and compulsively exercising throughout her life, turned to self harm and attempting suicide as her eating disorder spiralled out of control following the letter.

She told Wales Online: "Reaching out for support was difficult enough for me, but then to receive a letter simple stating that I was too fat for them to bother helping me made me think I was some kind of fraud. 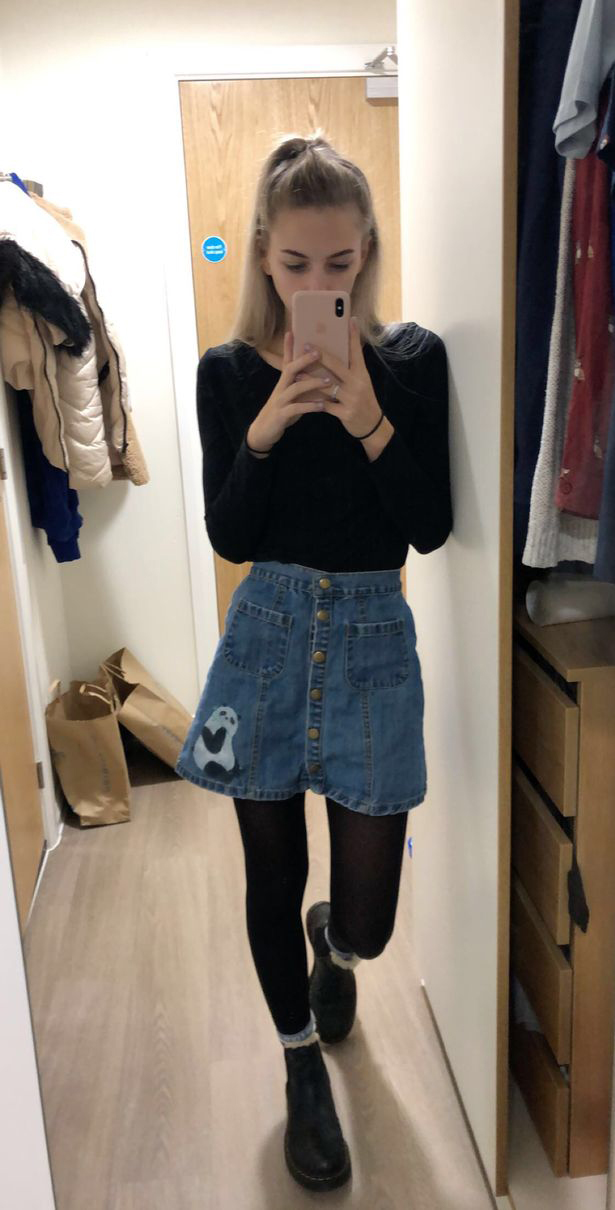 "That letter haunts me. I think of it every single time I eat a meal, that my BMI is far too high and how I shouldn't consume more calories.

"I've read and heard some very invalidating things from professionals, but nothing which had invalidated my struggles surrounding food and weight as much as this did."

Before moving to Cardiff to peruse her studies, Sammy had already been deemed eligible for help from the specialist eating disorder services in her home town, seeing a nurse weekly for therapy sessions.

But when she was discharged from the eating disorder service to get help with her mental health, as her self harm began to escalate, she was only seen by a psychiatrist three times in over a year. 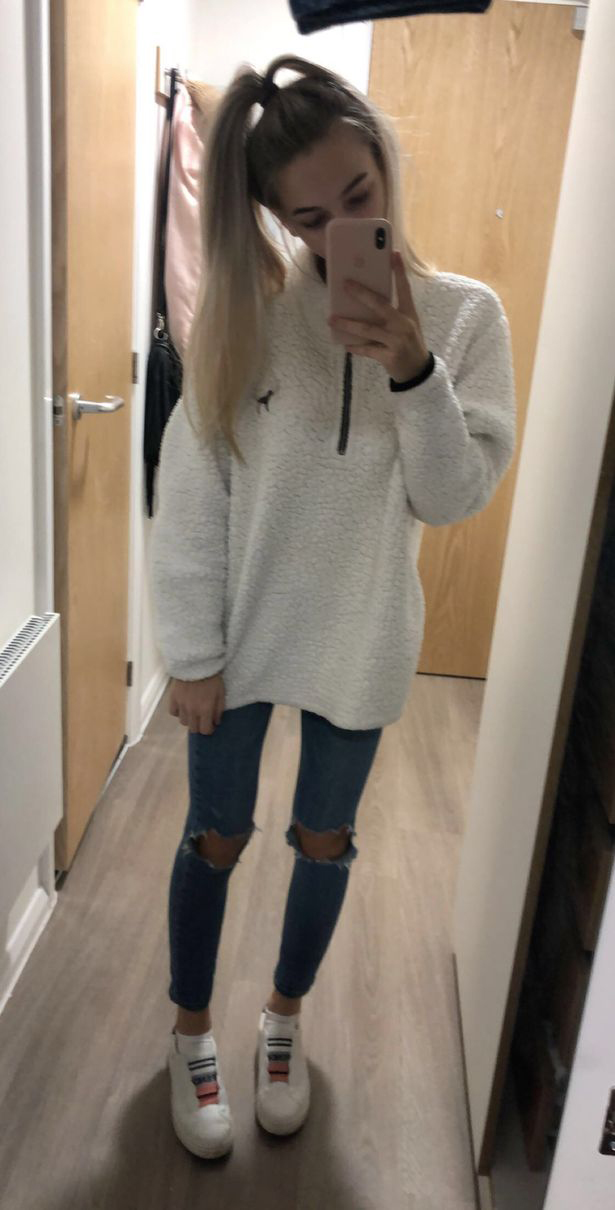 After moving last summer, Sammy hoped to be referred to the local mental health team in Cardiff after registering with a new GP – but yet again, she was let down when she went for another assessment.

She added: "I was struggling to consume anything more than a small meal and cups of coffee daily – and I also felt very physically unwell, which is something my BMI wouldn't tell the assessors."

A few weeks the assessment, Sammy received a letter from the Links Centre CMHT, based at Cardiff Royal Infirmary stating that despite being underweight, at a BMI of 17.8, she was no eligible for support.

The letter haunts me. I think of it every single time I eat a meal, that my BMI is far too high and how I shouldn't consume more calories.

The six early signs of an eating disorder

Losing weight isn't the only sign somone you know could have an eating disorder.

But spotting the signs early is the best way to save lives and help someone get the early diagnosis or treatment they need.

With most UK adults not knowing what to look out for, here's a helpful list of six things to remember:

In response, the Cardiff and Vale University Health Board said: "We are sorry to hear that the patient felt that she did not get the support she needed from the mental health team.

"We provide mental health services for people with eating disorders which covers the whole range of the body mass index – and there are a number of specialist, multi-disciplinary teams to provide support and treatment.

"The team works together to make decisions on cases and practitioners use factors such as psychiatric co-morbidity, physical health and BMI to determine what part of the service is most suitable for individuals.

"If the patient wishes to discuss any aspect of their care further, we would ask them to contact our concerns team."

Last summer a campaign called Dump the Scales was launched, calling on services to judge eating disorder patients on their mental state and not their physical weight.

It wants the UK government to fully implement guidelines through GP and clinical training to ensure those with eating disorders get treatment before they reach a crisis point.

Hope Virgo, who lead the campaign, said: "When asked to imagine someone suffering with an eating disorder, most will imagine a stick thin, gaunt looking girl – but this is not the reality.

"Too often individuals are turned away from receiving essential support because they aren't skinny enough to be considered a risk – leaving them feeling like they aren't worth getting support, potentially leaving some suicidal.

"This is why I'm calling on governments to review the eating disorder guidance delivered by clinicians. It is time we stopped waiting for people to hit crisis point before offering them support."

This woman also opened up about her struggles with an eating disorder, revealing that Instagram 'fuelled' her anorexia, leaving her eating only 20 calories a day after trawling through pictures of skinny girls.

And bodypositive influencer Megan Crabbe told her story of bouncing back from her near-death experience with anorexia, where her parents were told to say goodbye.

Plus, a nursing student who was so ill with anorexia she was afraid to drink water explains how she turned her life around.