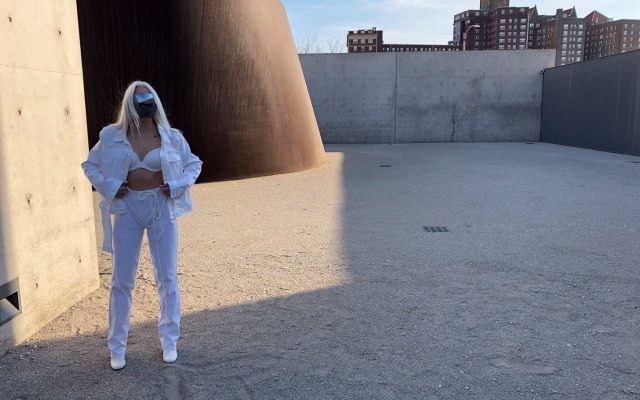 The new hire will officially join the nonprofit on June 7. Levy is coming on board at a pivotal time, as the fund aims to create 20,000 fashion-related jobs as of 2030. Fashion-related businesses contribute $3.3 billion to the city’s economic development and the plan is to increase that figure to $6 billion by 2030.

She brings with her experience in marketing, event management and fundraising, as well as knowhow as former in-house counsel for start-ups and established small businesses.

The fund’s board chair Madeline Akins said she is confident Akins can guide the fund’s 10-year view and its goal to double the retail industry by 2030 in St. Louis.

In July, the Saint Louis Fashion Fund will relocate to new headquarters at 3333 Washington Avenue. There it will be housed in a historic building that is owned and operated by the Kranzberg Arts Foundation in the Grand Center Arts District.

In a statement, Levy said she was looking forward to “working hand-in-hand with the civic community to bring new jobs and businesses to the region such as Evolution St. Louis, a high-track knitwear manufacturer that has been in the city for two years.”

Levy wholeheartedly thanked the fund’s cofounder for making that happen with “incredible and persistent efforts.”

Prior to her new role, Levy worked as director of development and operations for Gateway to Hope, a local nonprofit dedicated to ensuring health care access and equity for women who are fighting breast cancer. After earning an undergraduate degree at the University of Florida, Levy earned a law degree from St. Thomas School of Law in Miami.

A few of the designers who are based in St. Louis have been branching out. Brandin Vaughn, for example, has reportedly been branching out having collaborated with Shon Simon Co. and planning to judge the next round of the Missouri History Museum’s “Threads” exhibit. He also pitches in with styling and wardrobe for The Isley Brothers. Another local designer Leonard Stewart Jr., whose label is SSTEW3, plans to start working with Rent the Runway this winter by offering between 400 and 800 units, Stewart said.

Having just returned from Los Angeles, he said Thursday that he met with celebrity stylists there to try to increase exposure for his brand.

Some advantages of being based in St. Louis are affordable real estate and low taxes, he said. In a few days, Stewart, who started his company about two years ago, will relocate to a new space that is about 750 square feet.

Having worked with Harlem Fashion Row, Stewart has stayed in contact with the group’s founder Brandice Daniel. “In the future, it is more than likely” that they will work together again, he said.