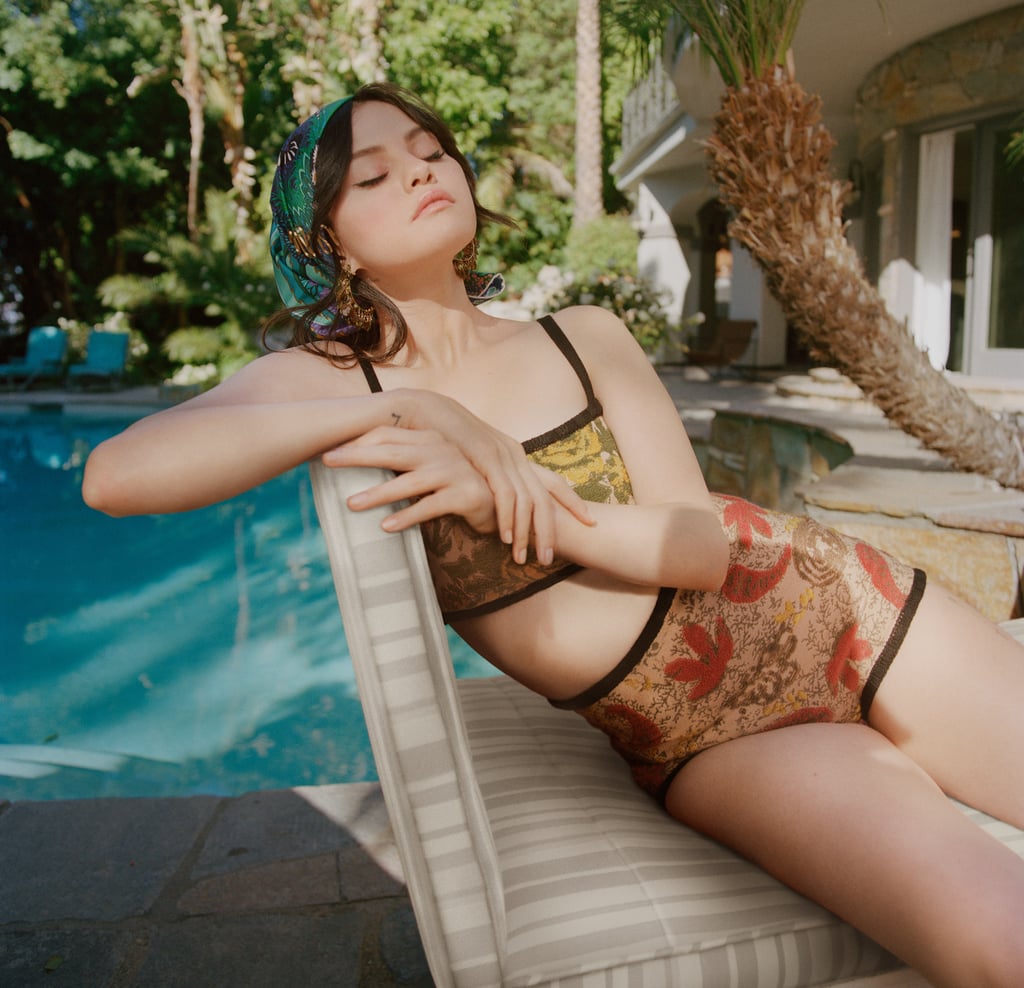 Selena Gomez opened up to Vogue for the magazine’s April 2021 cover, discussing her newfound voice in politics; her upcoming Spanish album, Revelación; and her mental and physical health journey. Selena invited photographer Nadine Ijewere over to her home for the accompanying photo shoot, which featured high-fashion designers such as Dior, Saint Laurent, Gucci, Valentino, Alberta Ferretti, and Celine. It was nothing short of glamorous. But one outfit, created by stylist Gabriella Karefa-Johnson, stuck out to us in particular: the mix-and-match Dior bralette and briefs worn with an Hermès scarf and clip.

The look, which blends natural colors and perfectly captures the essence of being poolside on a late spring morning, is obviously not made for going swimming. But just because Selena’s Dior set is wool doesn’t mean it’s not possible to re-create this moment with bikini separates. If Selena says it’s pool season, it must be pool season. Ahead, scroll through to see some of the inspired retro designs we found, all of which can be mixed and matched to other prints in your swim drawer and coordinated with any scarf of a contrasting pattern. Then check out Selena’s cover; the April issue is available on newsstands nationwide on March 23.