After the Grammy Opens a New Window. awards show performances were, uh, performed and the Best Album of the Year was awarded (this year to Kacey Musgraves Opens a New Window. ’ Golden Hour), celebs flocked to the hottest afterparties to celebrate the 61st annual Grammy Awards on Sunday, February 10.

With so many amazing and beautiful women attending the awards show, there were tons of great looks before, during and after. On the red carpet, we saw showstoppers like Tracee Ellis Ross Opens a New Window. ’ green pantsuit and Cardi B Opens a New Window. ’s vintage Mugler dress from his 1995 couture show. Keys, Lady Gaga and J.Lo. also wore a few different numbers during the awards show that we loved (cough cough, Gaga’s sequined plunging jumpsuit she wore for “Shallow”).

This new flood of A-listers hitting up Hollywood’s coolest parties meant a fresh wave of fashion graced Grammys night after hours. Tons of stars attended the Republic Records Grammy After Party including Hailee Steinfeld Opens a New Window. who wore a minidress full of feather and sparkly embellishments, as well as Ashley Tisdale Opens a New Window. in a sheer black number that was edgy and chic.

Keep scrolling to check out some more of the hottest afterparty fashion. 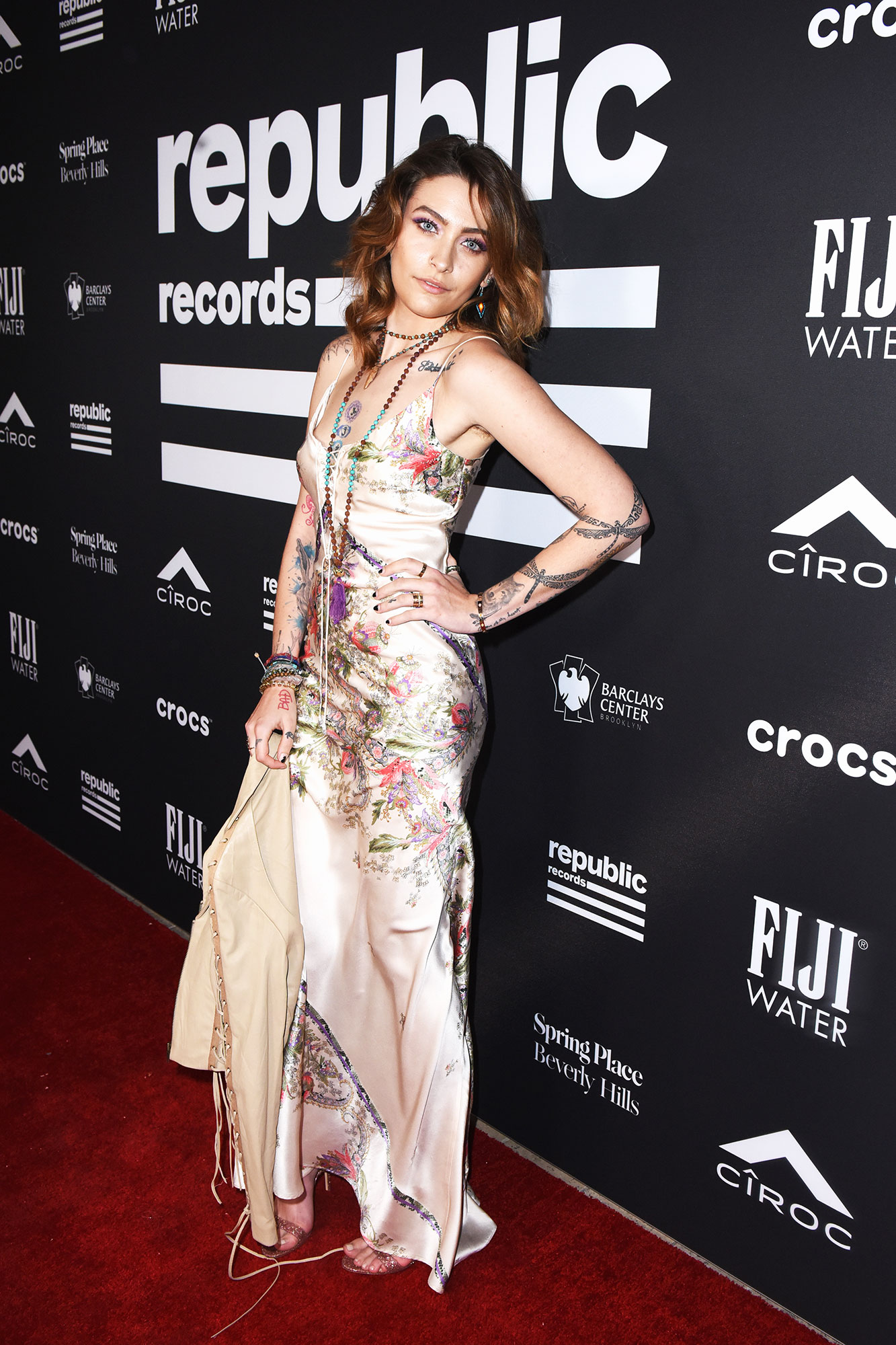 The daughter of Michael Jackson went to the FIJI Water At Republic Records Grammy party in a silky spaghetti strap dress. 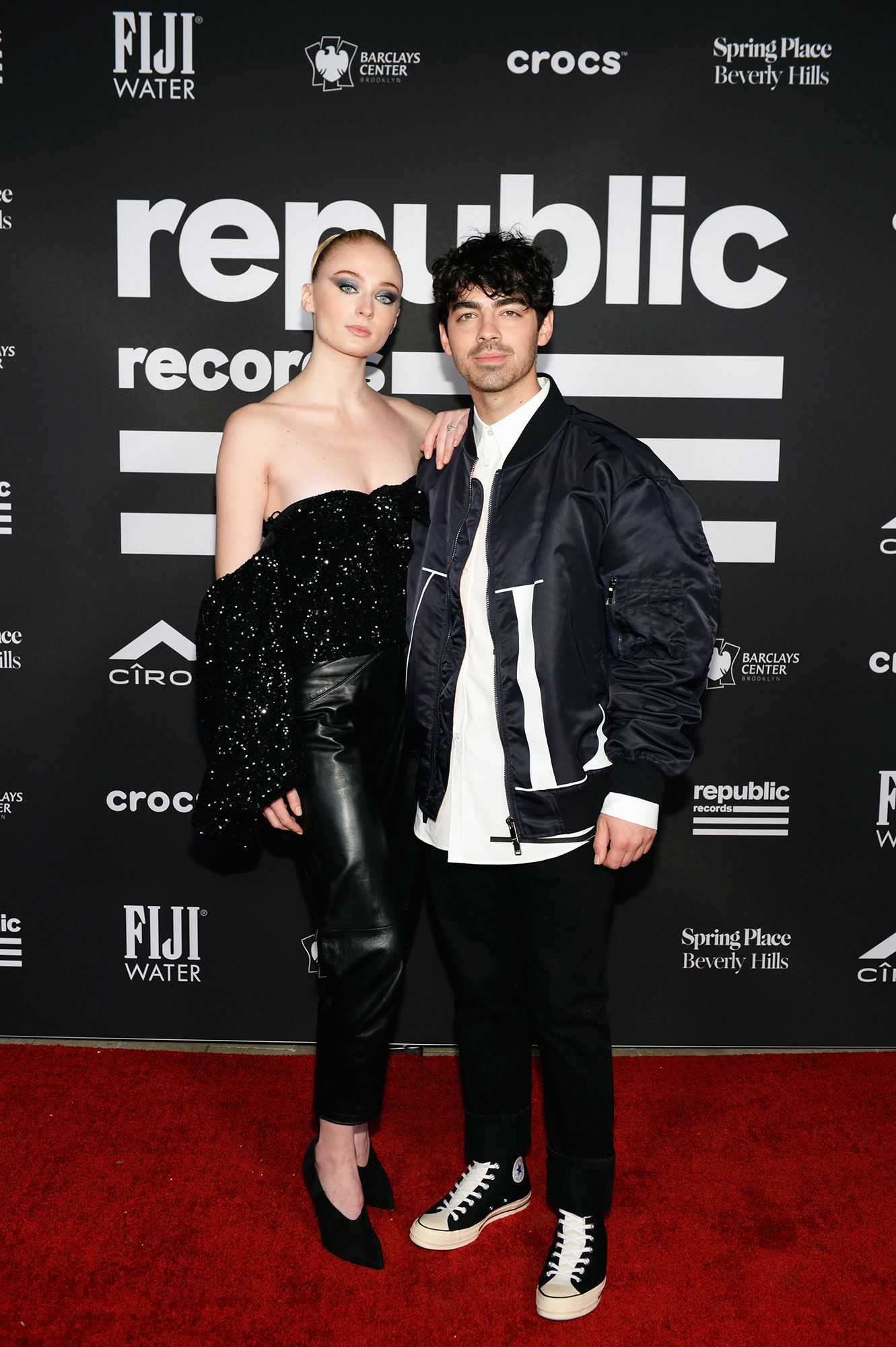 At the Republic Records Grammy After Party the couple looked as trendy as ever. She wore leather black pants with an off-the-shoulder top while he paired his button down with a bomber jacket and sneakers. 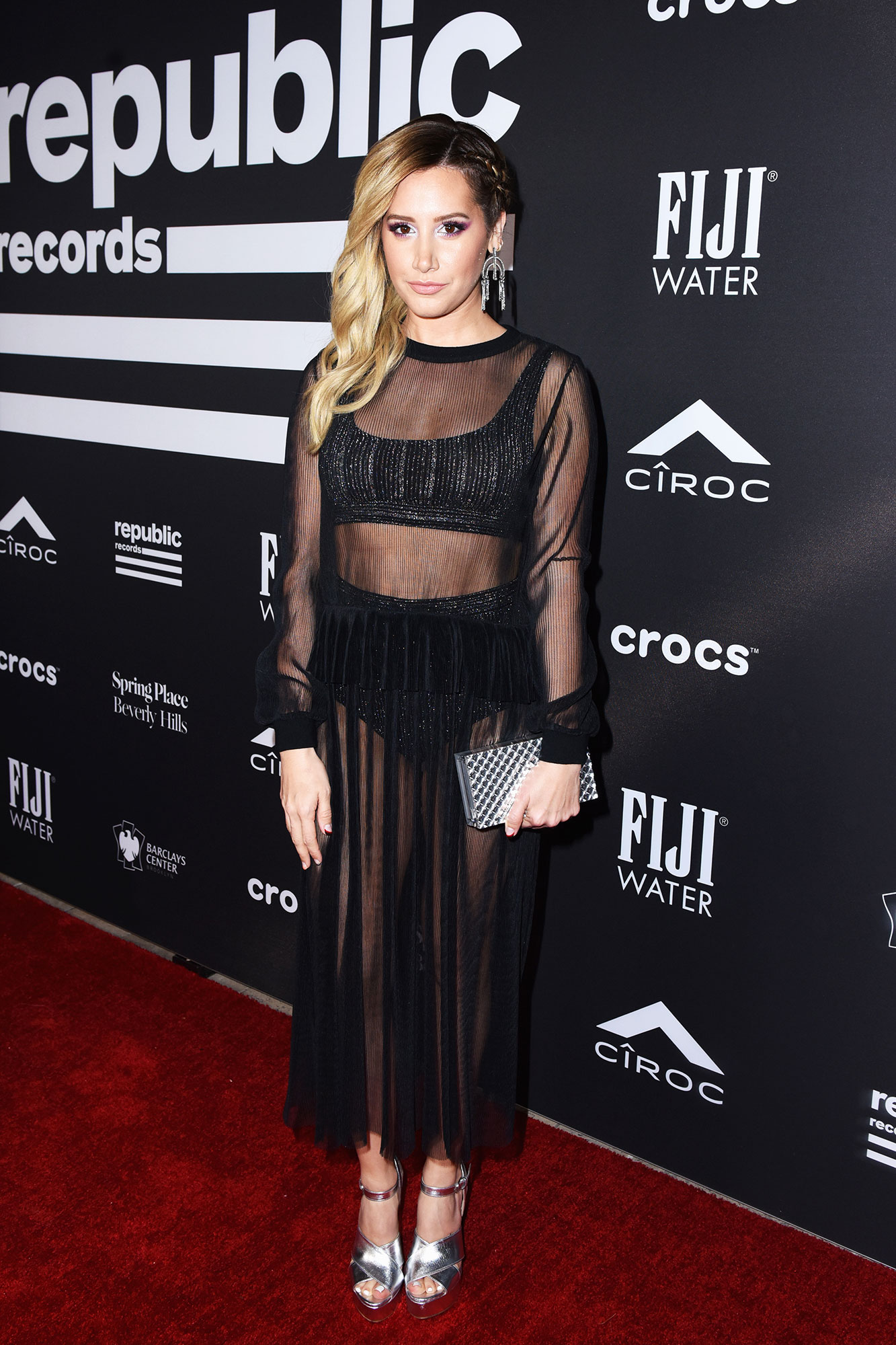 The former Disney-channel star hit up the FIJI Water At Republic Records Grammy party in a sheer black ankle-cut dress. 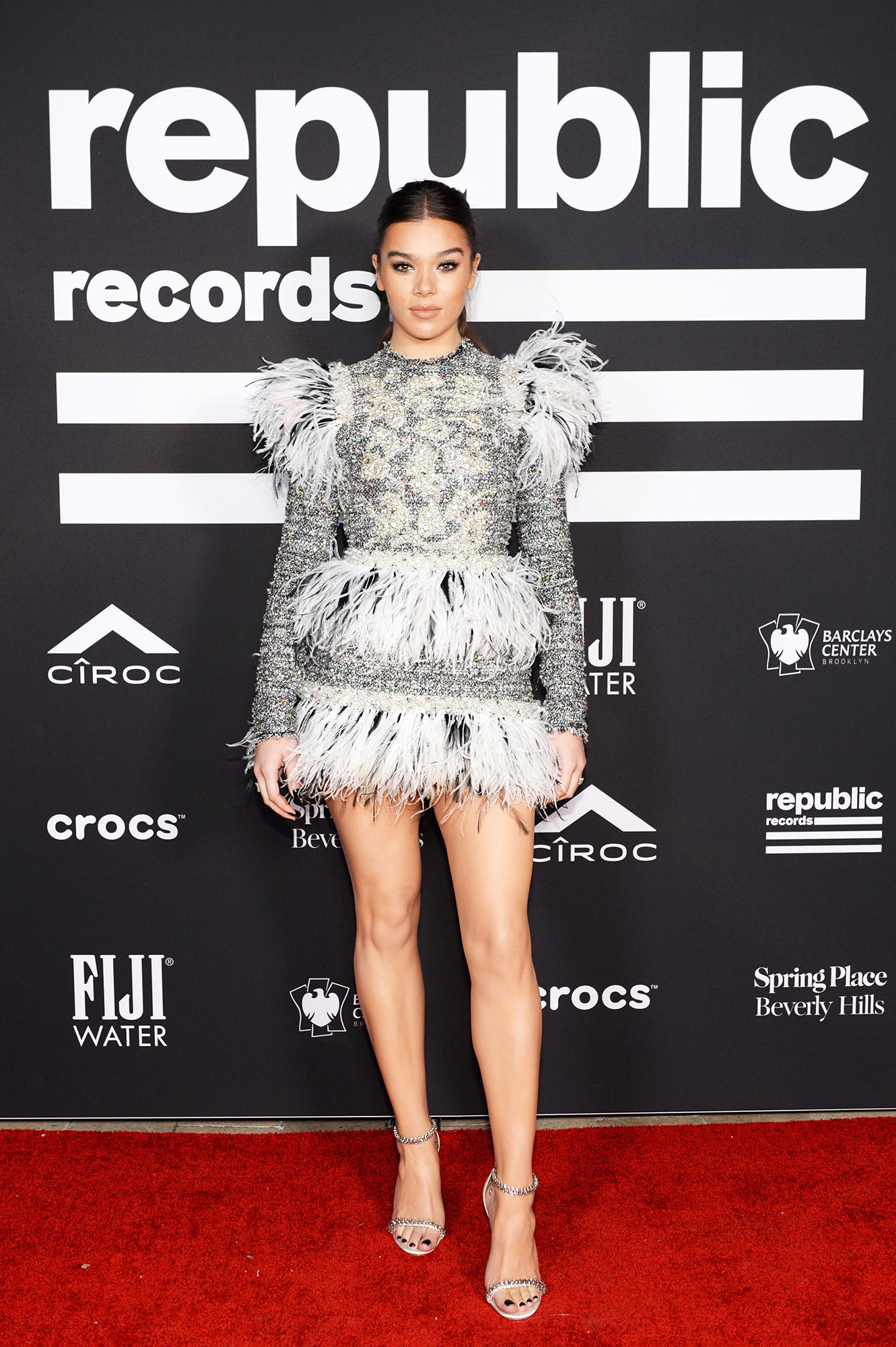 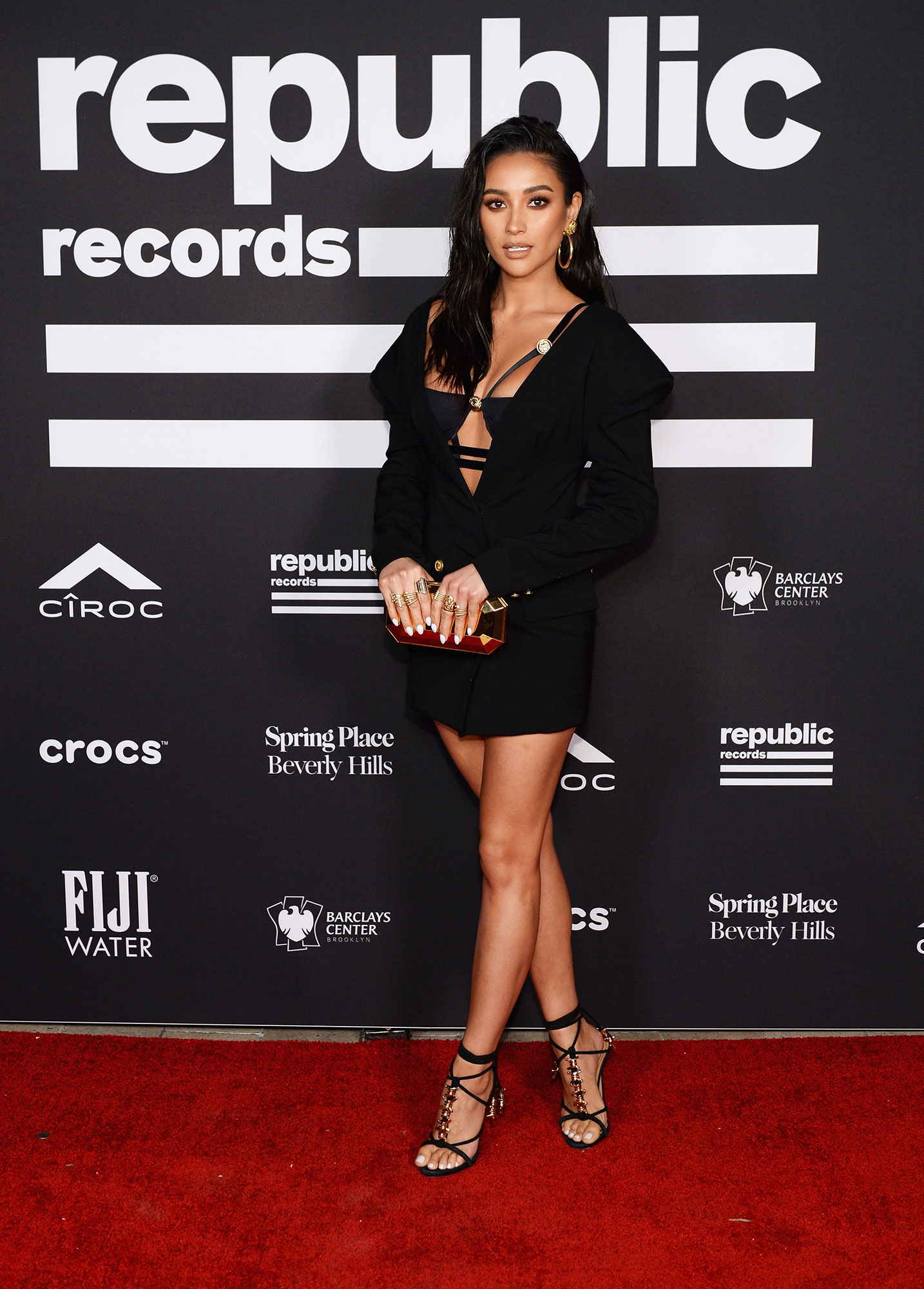 The Pretty Little Liars star went to the Republic Records Grammy After Party in a sexy black number with a plunging neckline.