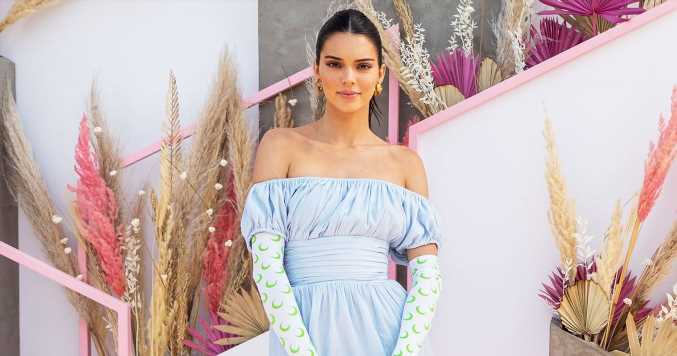 Festival season is officially here! Celebs descended on Palm Springs over the weekend for the start of Coachella 2019 — and they did so in style. In addition to seeing Ariana Grande Opens a New Window. reunite ’NSync and slay on stage as this year’s headliner Opens a New Window. , stars showed off their best boho style in crop tops, denim cutoffs, minidresses and more.

But it wasn’t just about what was happening on stage. Celebs turned up in style for some of the festival’s coolest parties. While Victoria’s Secret models like Romee Strijd, Sara Sampaio and Winnie Harlow (with newly pink hair!) flashed their abs in tiny bra-tops and crops, Jenner, Shanina Shaik Opens a New Window. and Elsa Hosk Opens a New Window. all opted to show some leg in flirty minis. 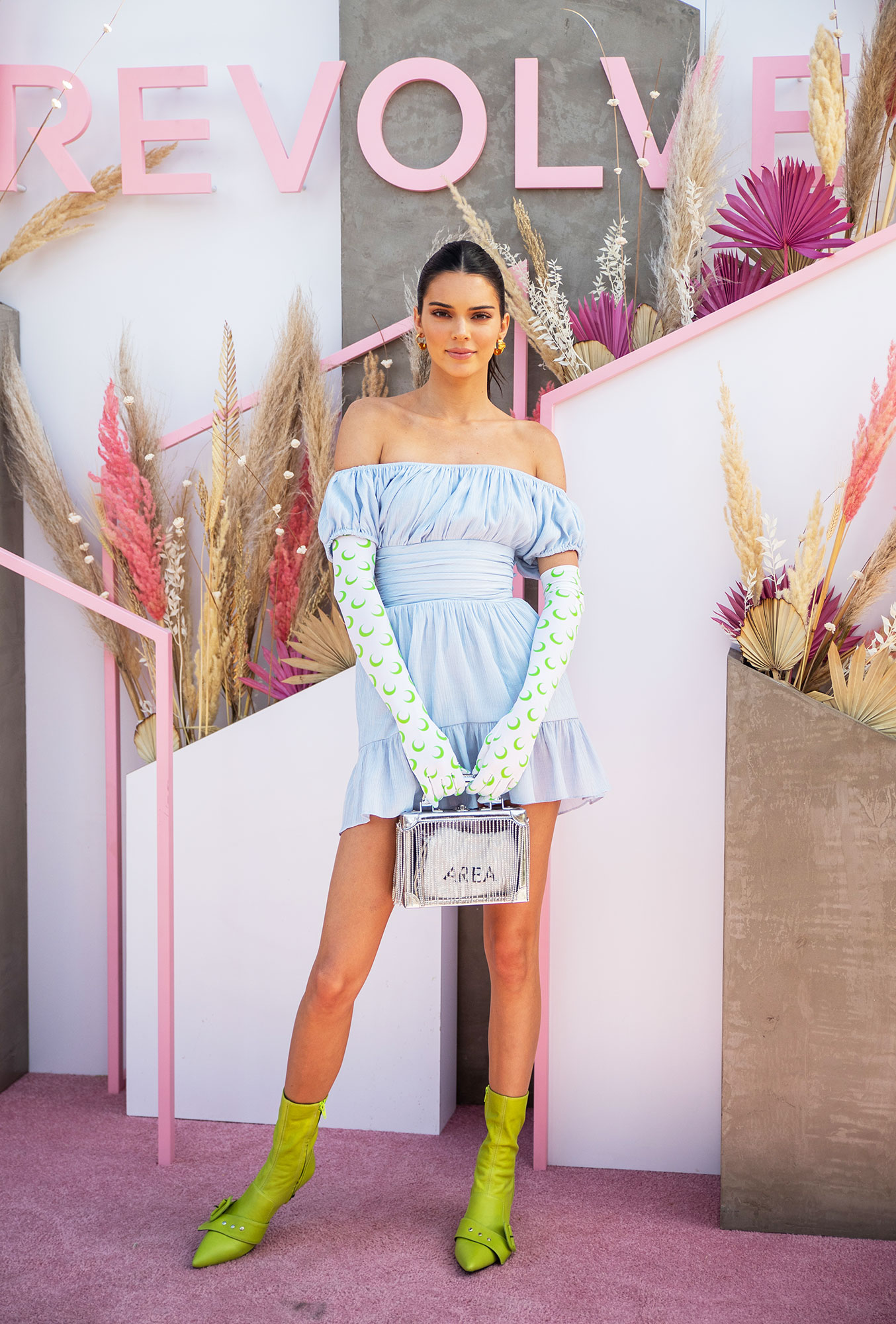 It was all about the accessories for the Keeping Up With the Kardashians star. She paired her light blue off-the-shoulder mini with printed elbow-length gloves, lime green booties and a box bag at the Revolve Festival on Sunday, April 14. 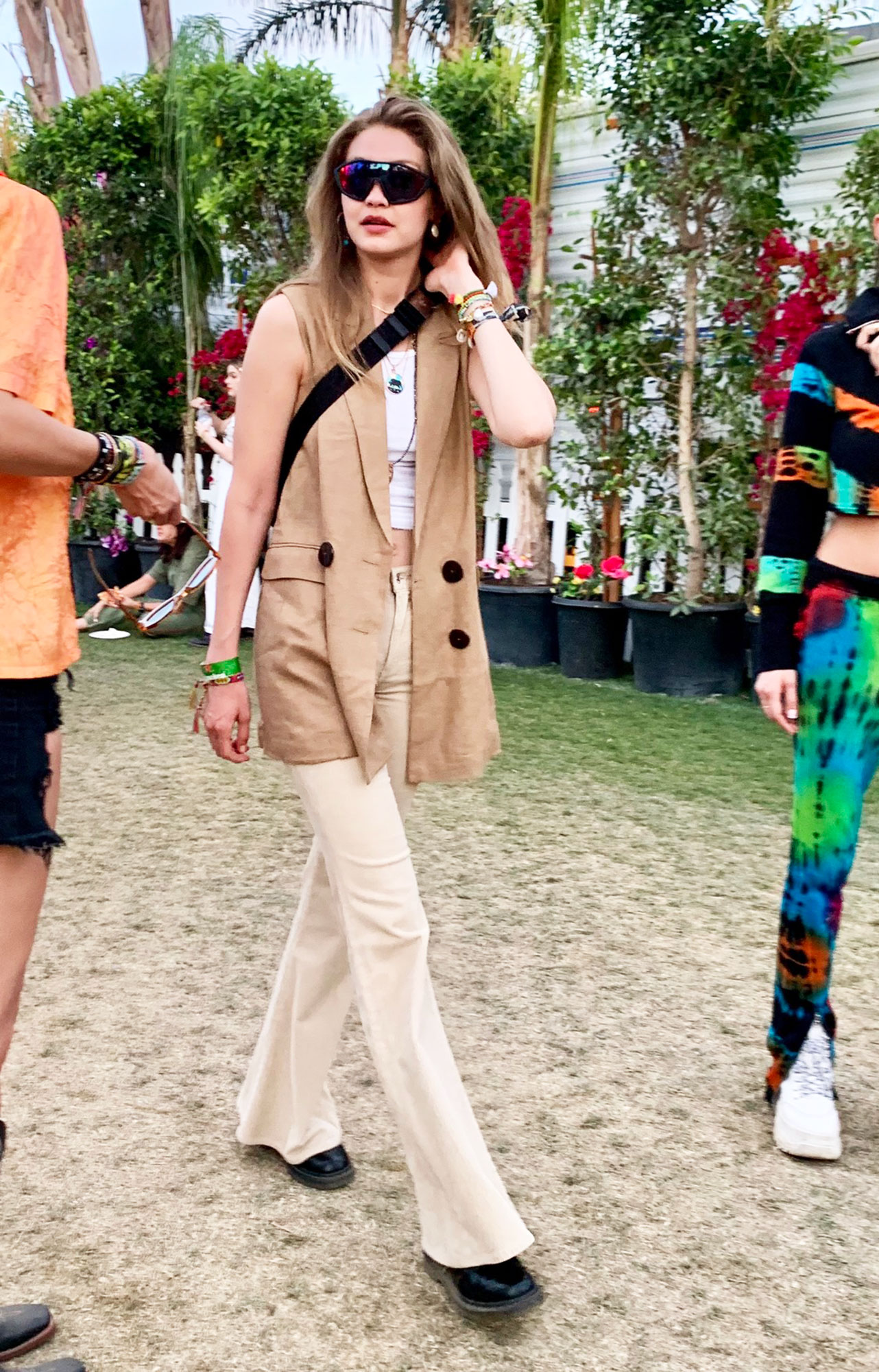 The model opted for a neutral color palette in her flared khakis and suede vest on Sunday, April 14. 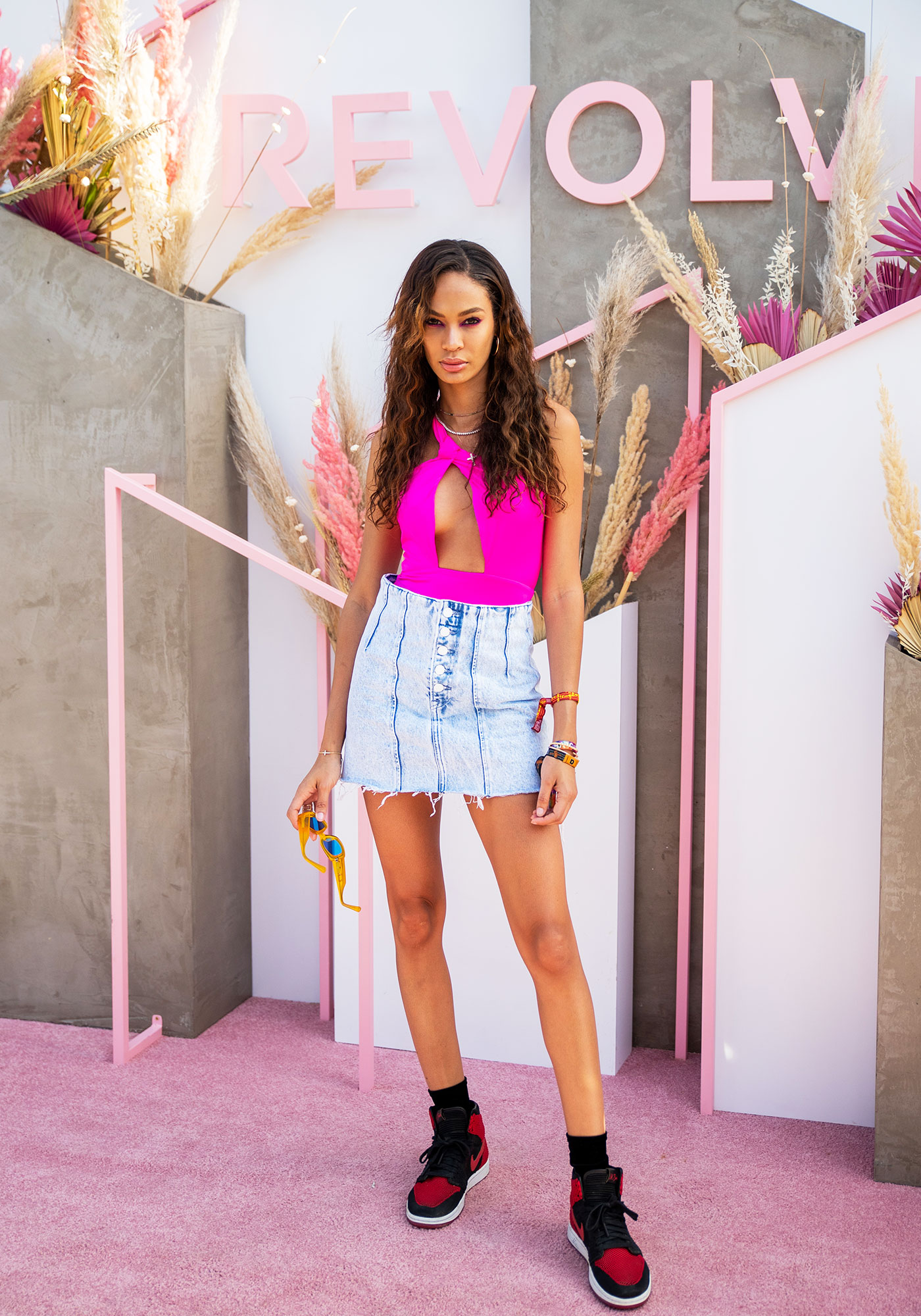 While we’re used to seeing ‘90s nostalgia during festival season, the model brought back the ‘80s at Revolve Festival on Sunday, April 14, in her acid-wash mini and neon cutout top. 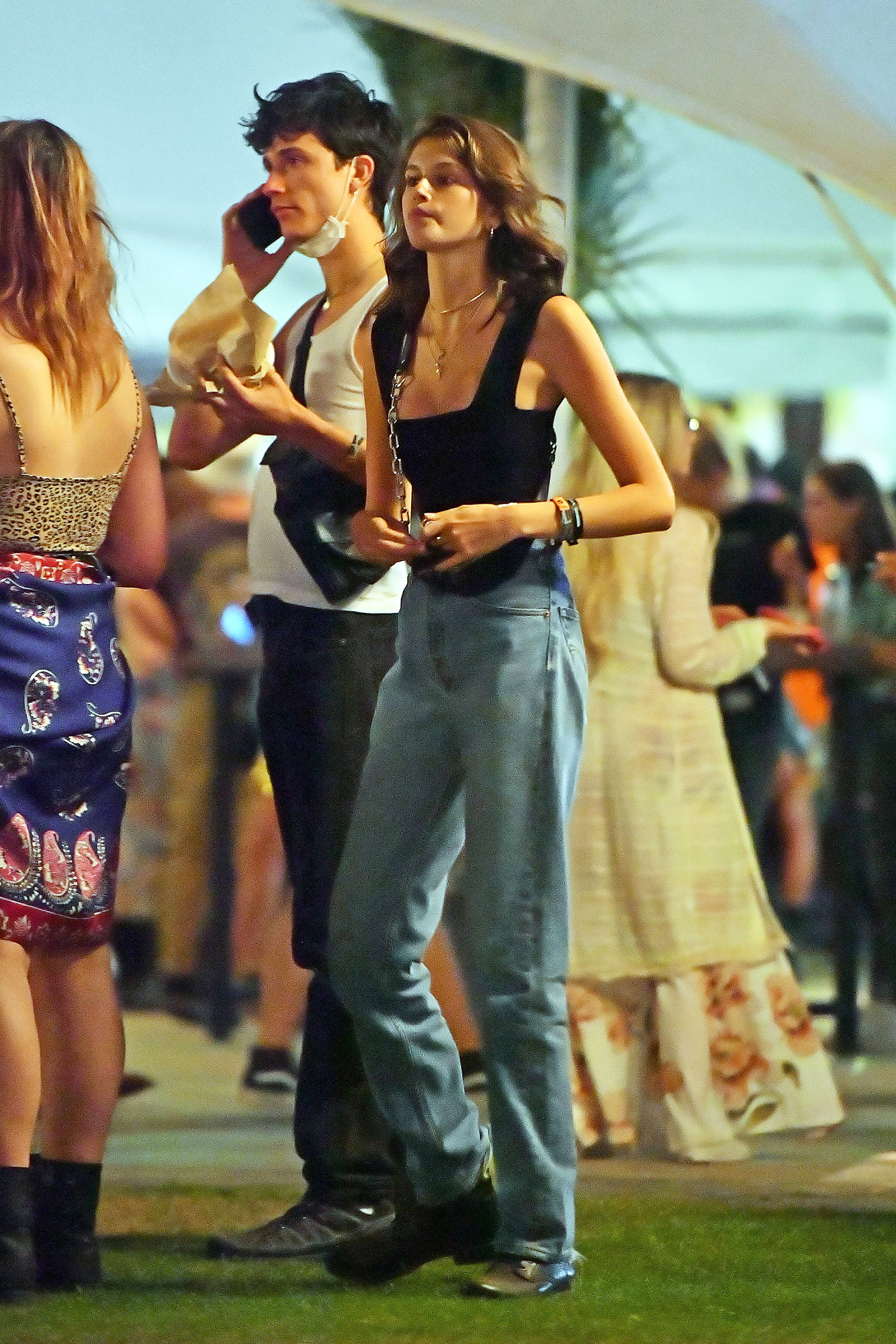 Slouchy jeans and a strappy black top were the Coachella equivalent of model-off-duty-chic for Cindy Crawford’s mini-me on Sunday, April 14. 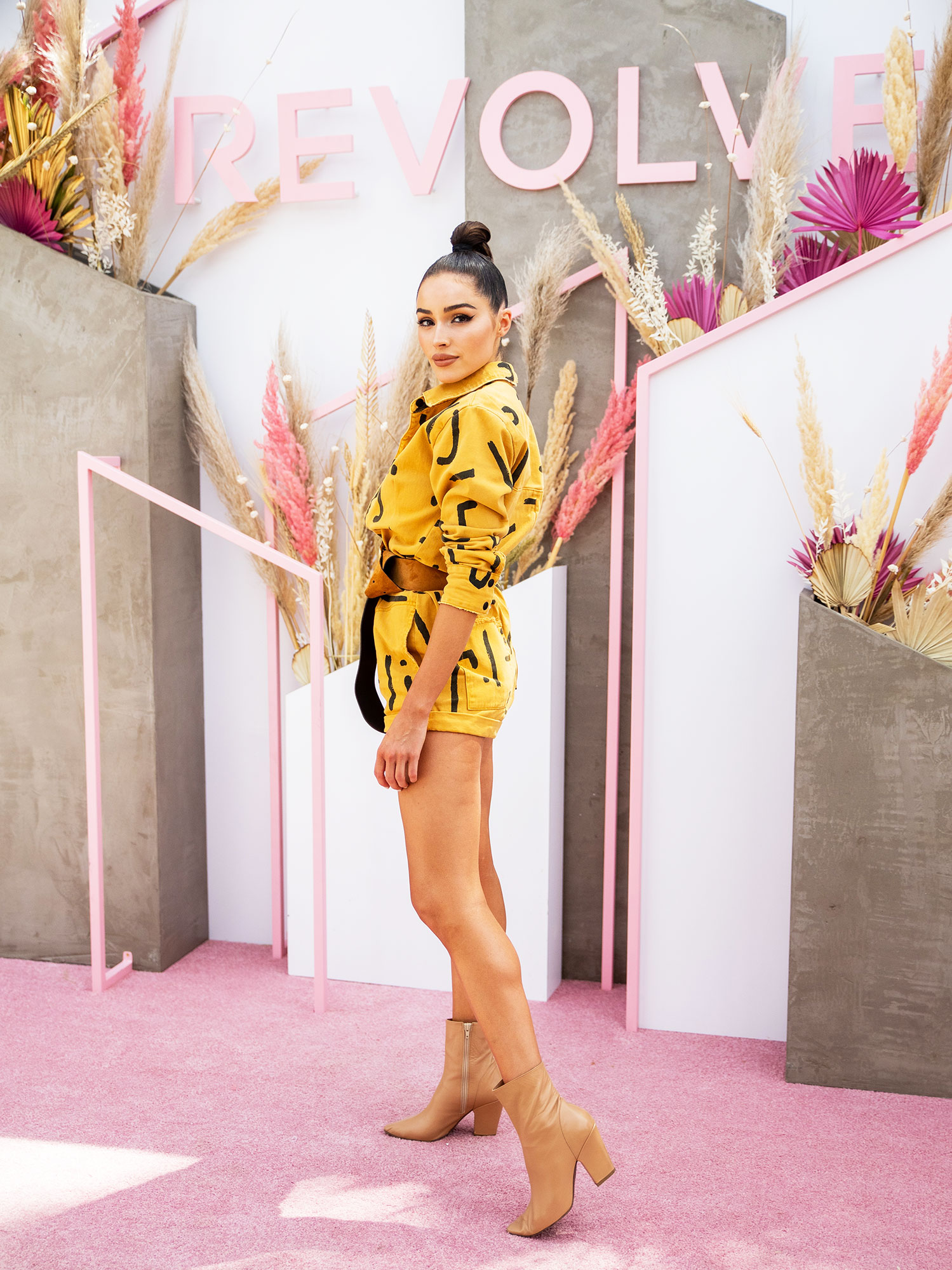 Nude booties made the perfect complement to the model’s yellow romper at the Revolve Festival on Sunday, April 14.