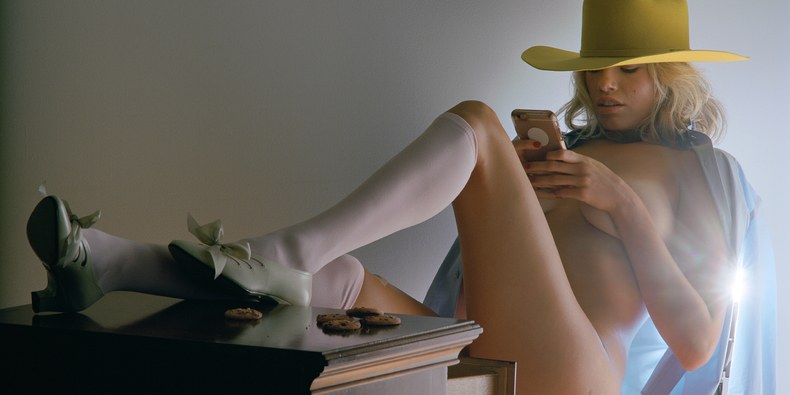 The artist Torbjørn Rødland has a thing for odd—sometimes aggressively, mesmerizingly odd—couples. In one of his most unsettling photographs, Midlife Dilemma (2015), a muscly, shirtless boy with a cherubic face coolly pins a suited man who could be in his 60s against the wall. In others, older women assume menacing positions with younger women who are clearly not their daughters. And sometimes the couplings are interspecies: An octopus tentacle extends from a woman’s sleeve and interlaces with her fingers. “I’ve worked a lot with these asymmetrical couples, where the relationship between the characters is open-ended,” says the 48-year-old artist, who has lived in the Los Angeles area since 2010. “I like the unity of opposites. It’s a way to hopefully create more symbolic potential.” In this exclusive portfolio for W, he captures the model couple Hailey Clauson and Julian Herrera in positions as strange as they are sexy.