While Hunt paired her edgy black lace Monique Lhuillier dress with a soft barely there effect, Tookes rocked a maroon smokey eye that matched her red Zuhair Murad ballgown. As for Riberio’s look, it was all about the lashes.

And great news: their makeup artists were willing to open up to Us and give the details on how they created these looks. What we got was a list of nine awesome makeup tips and tricks that we’ll definitely be keeping in our back pocket for years to come. 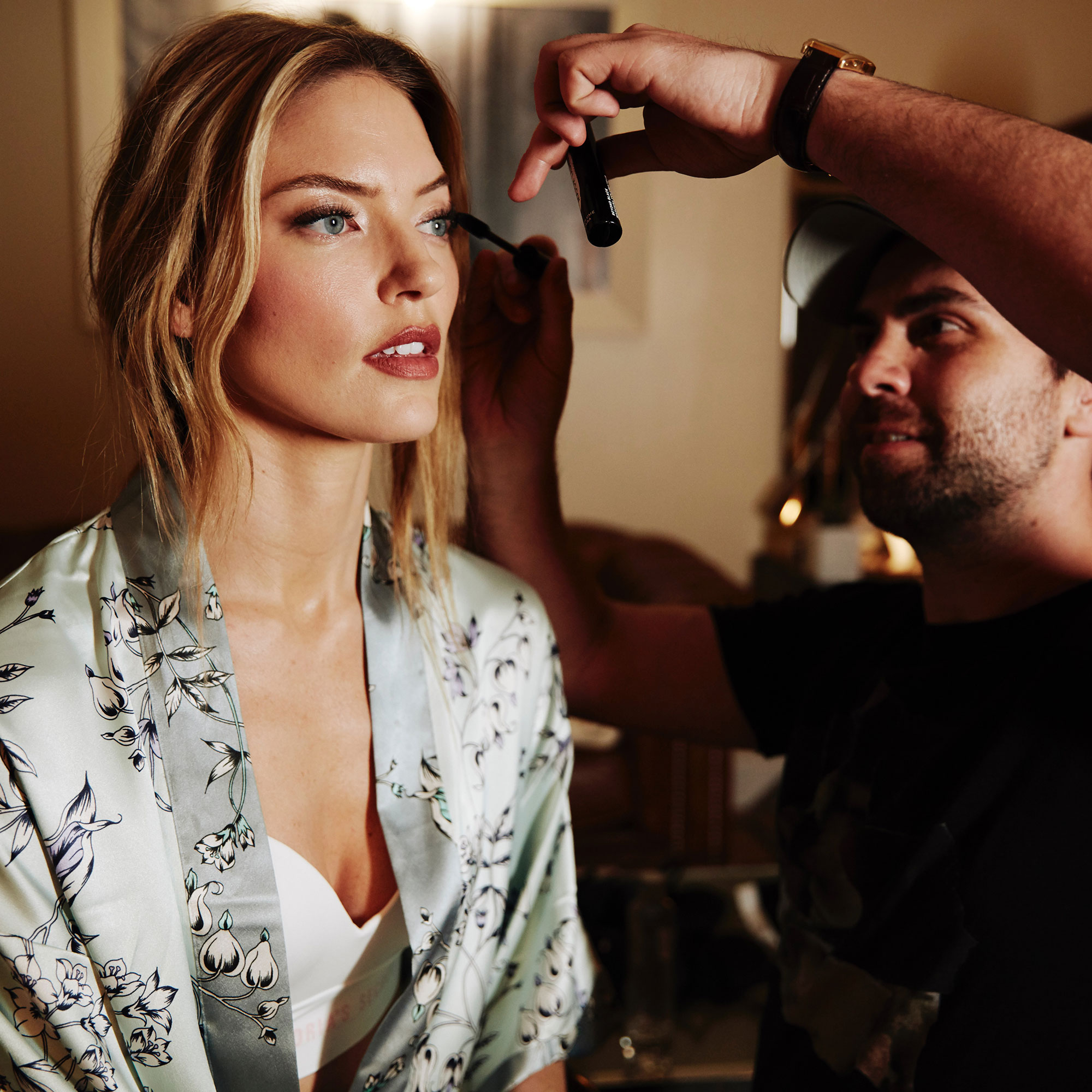 Go Fluffy for the Perfect Flush

So not to distract from all the beautiful lace detailing, the blonde beauty’s makeup was fresh, soft and classy. As a base, makeup artist Georgi Sandev created a glowing canvas by applying the champagne shade of Victoria’s Secret Glow On & On & On Cheek Highlighter Trio Opens a New Window. with a fluffy brush. “It prevents me from applying too much product,” he told Us. “I didn’t want to cover her skin with the highlighter, I wanted to illuminate it and have it come through with a little reflection from the highlighter.”

For the eyes, he focused on keeping the lashes curled so to her big eyes remained beautiful and wide. After curling them, he opted for a volumizing mascara which he applied with a disposable wand. But instead of sticking it directly in the tube, he whipped it along the wand it came with so there was very little product. “The more product going on the lashes, the easier they uncurl—to keep them up, I apply very small amounts of product at once and build it slowly,” Sandev said.

Use Eyeshadow for Fuller Lips

Last but certainly not least were her lips.  To make them appear fuller, he didn’t use a plumping gloss, instead he used a bit of taupe-colored eyeshadow around the lip to softly define them. “It’s a trick that gives you volume, but doesn’t show.” 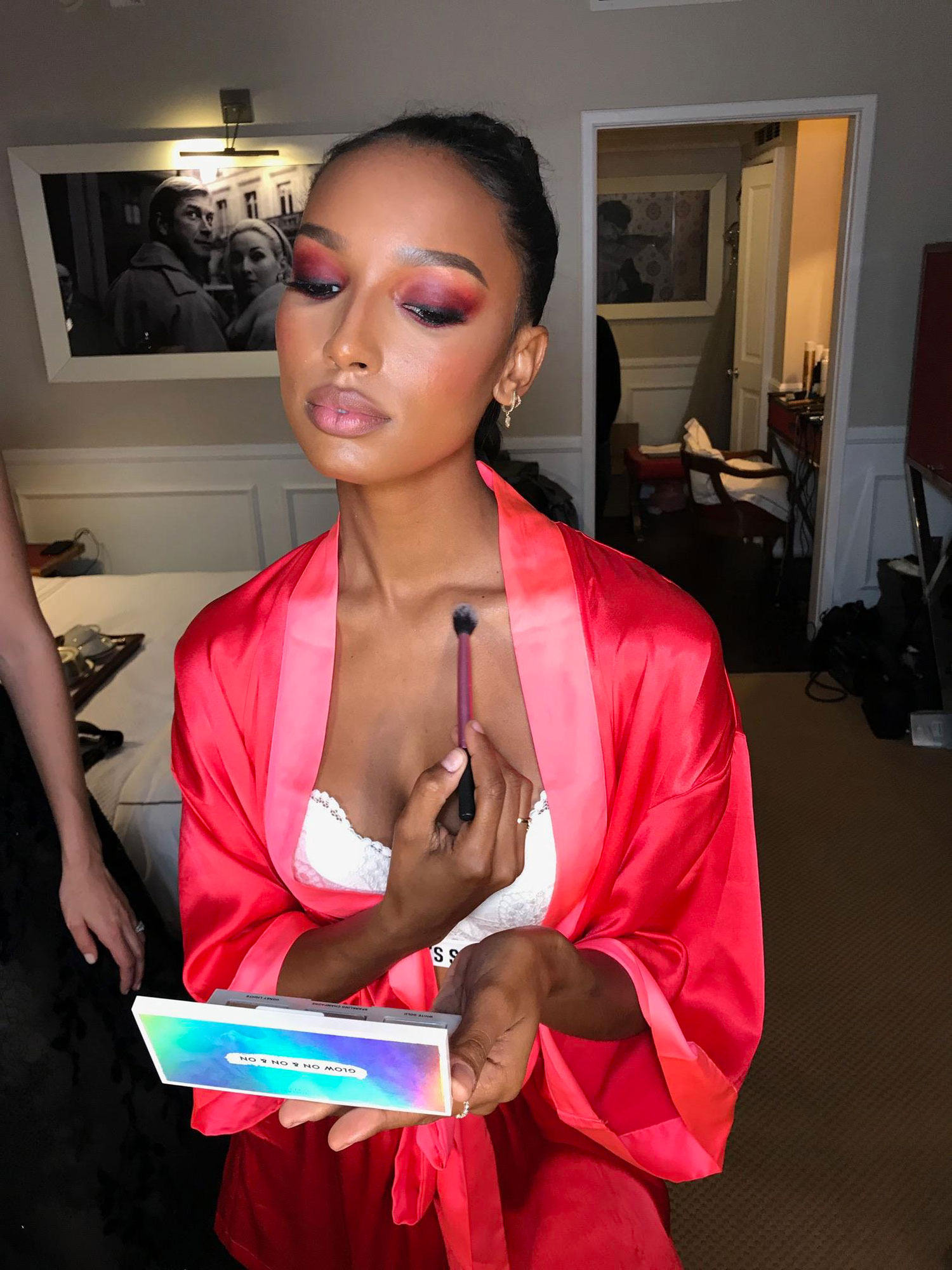 Use Eyeliner as a Smokey Eye Base

Going bold, the model wanted to look like she was in a desert sandstorm, so makeup artist Leah Darcy focused on her eyes. But instead of just using varying shades of fiery eyeshadow, the makeup artist depending on red eyeliner to create the look she wanted. Using it as a base, she applied and smoked it out before finishing with a rim of heavy black eyeliner.

Bake for a Long-Lasting Radiant Complexion

The way she achieved her luminous complexion while keeping her bold, beautiful eye makeup in tact was through a technique called baking. Basically, after swiping on concealer underneath the eyes, he patted on a bit of setting powder overtop to lock it in.

Then, to accentuate her pout, Darcy put a pop of highlighter in Tooke’s cupid’s bow before using chocolate-colored lip liner around the edges. She then smudged them out before applying Victoria’s Secret Velvet Matte Cream Liquid Lip in Adored Opens a New Window. . 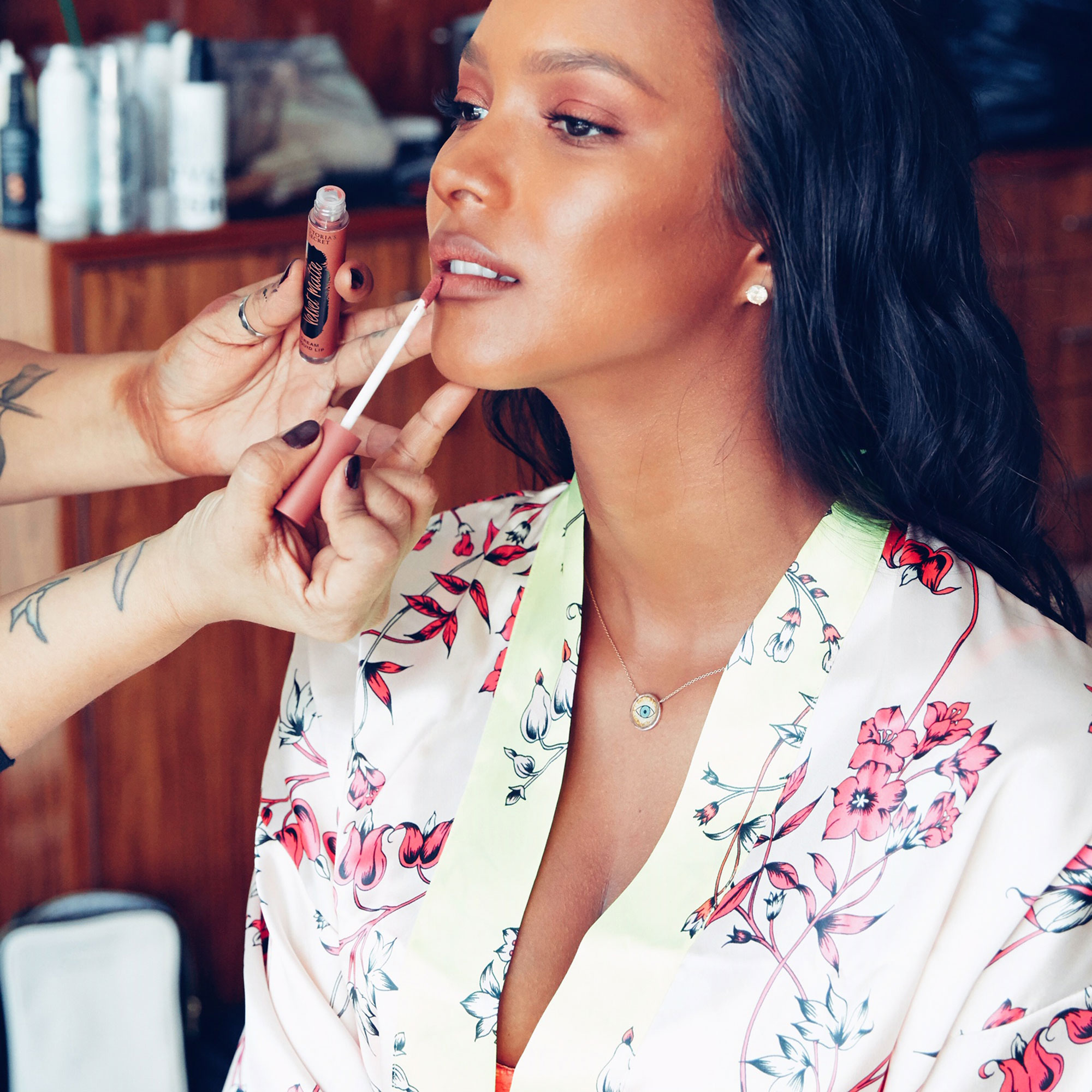 Focusing on long gorgeous lashes, makeup artist Carolina Gonzalez turned to faux options to achieve the look. But instead of just applying one strip, she used individual lashes in four different lengths. Then applied Victoria’s Secret Major Lashes Full Volume Mascara overtop to add mega volume by wiggling from the lashes roots to their tip.

Use a Slightly Darker Foundation to Contour

As for the skin she created a natural-looking contour by using a slightly darker shade of foundation in stick form. Then after she swiped it on, she blended it in.

Apply Lipstick With a Finger For Bigger Lips

Contouring was also key to Roberio’s voluptuous rosy lips, As was Gonzalez’s application tool for the color she used on top, Victoria’s Secret Velvet Matte Cream Liquid Lip in Perfection— her finger! “By using my finger, it made the lip color look like it’s hers with no strong lip lines and just blending outward to the contour.”