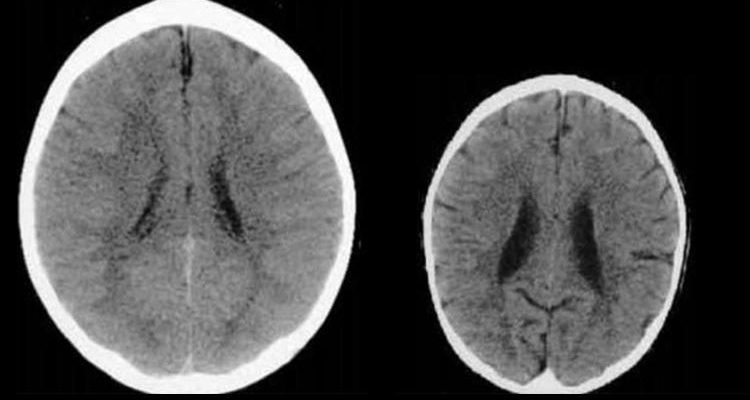 They are scans of children of the same age, but one is the brain of an emotionally abused toddler while the other is one with a happy home life. 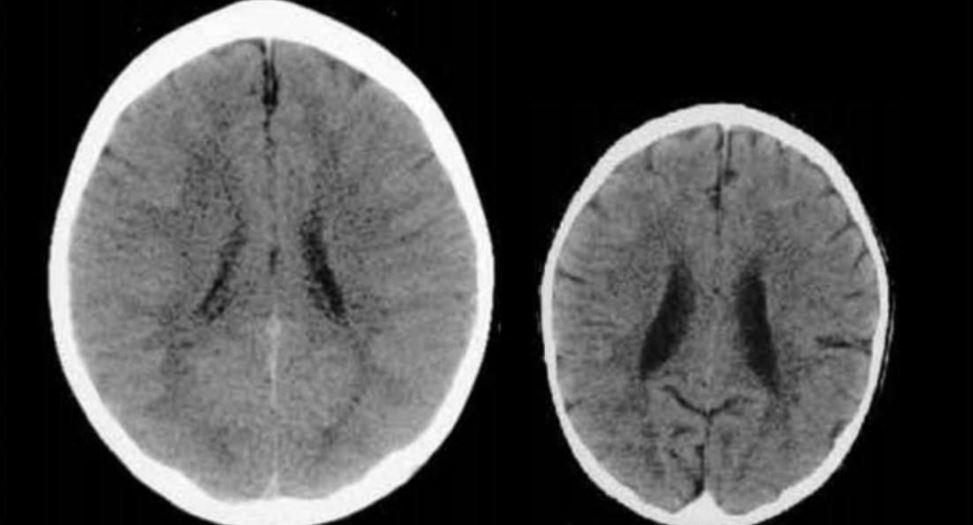 The scan on the left has significantly less structures and is much bigger than the one on the right.

That is the image of a "healthy three-year-old with an average head size".

And the scan on the right, which is far smaller and has far more blurry structures is the brain of a three-year-old who has suffered extreme emotional trauma and neglect.

This child is suffering from "severe sensory-deprivation neglect", writes Professor Bruce Perry, the chief of psychiatry at Texas Children's Hospital.

Dr Perry shared the images in a paper on how childhood neglect affects cognitive development later in life.

He wrote: "These images illustrate the negative impact of neglect on the developing brain.

"In the CT scan on the left is an image from a healthy three-year-old with an average head size.

"The image on the right is from a three-year-old child suffering from severe sensory-deprivation neglect.

"This child’s brain is significantly smaller than average and has enlarged ventricles and cortical atrophy."

Essentially what this means is the child will suffer developmental delays and problems with memory.

Cortical atrophy is something that is more commonly seen in older people suffering from Alzheimer's disease.

It is well known that physical abuse can damage a child's brain and lead to life-long complications, sometimes even death.

But the effects of emotional abuse are less often thought about, but no less detrimental to a child's health.

Dr Perry explains that children – and adults – who have suffered emotional neglect can find it particularly difficult to form healthy relationships.

They may end up with attachment issues, in which they become overly reliant or dependent on one person, or they may end up socially isolated later in life. 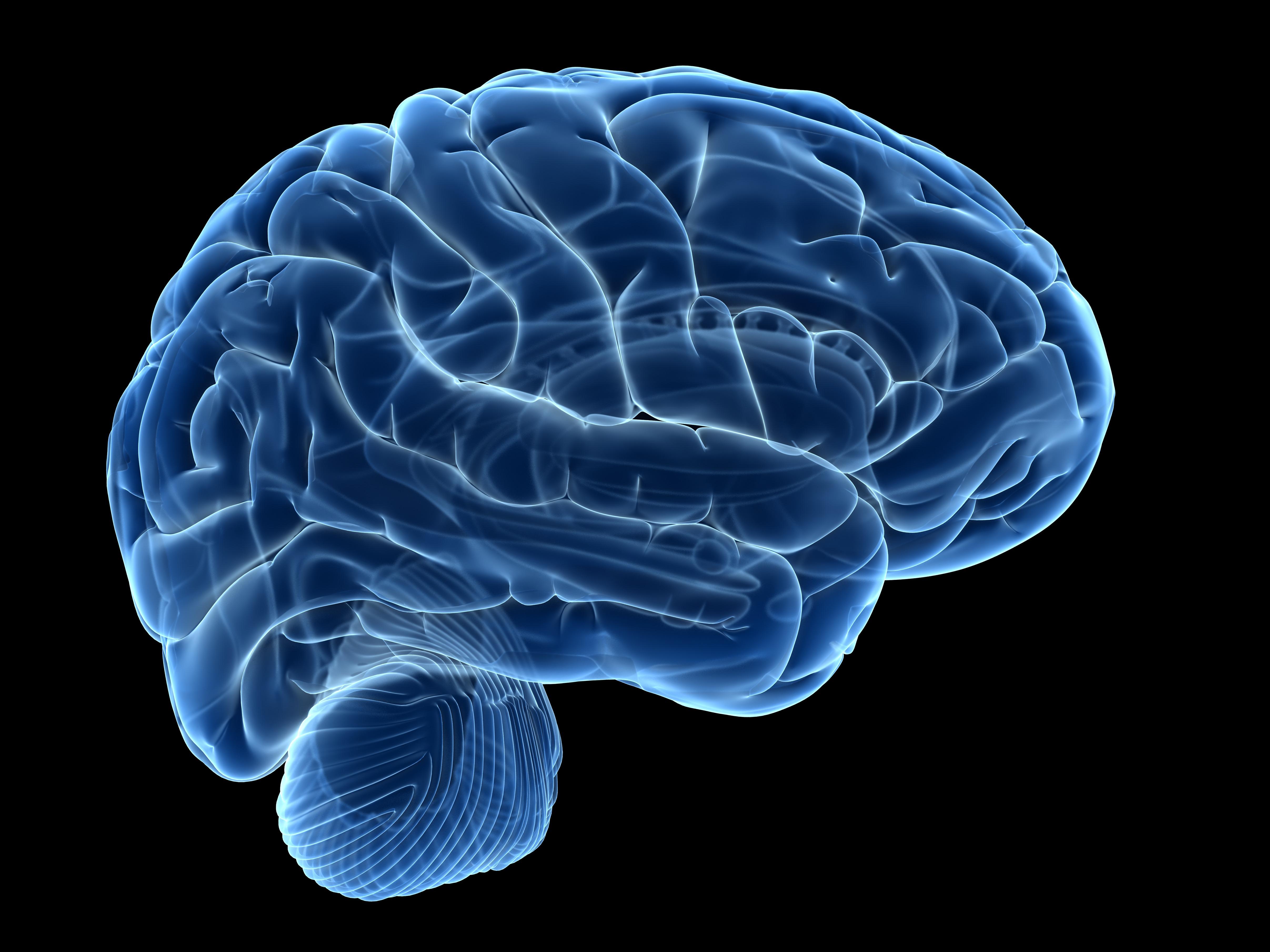 Several studies have found that kids who experience emotional distress from a young age have problems with emotions and memory.

A 200 study from Stanford Children's Hospital in San Francisco found that children with post-traumatic stress disorders and high levels of the stress hormone cortisol were more likely to experience a decrease in the size of their hippocampus – the part of the brain responsible for processing memory and emotion.

Dr Victor Carrion, a child psychiatrist from the hospital, said: "Although everyday levels of stress are necessary to stimulate normal brain development, excess levels can be harmful.

"We're not talking about the stress of doing your homework or fighting with your dad.

"We're talking about traumatic stress. These kids feel like they're stuck in the middle of a street with a truck barrelling down at them."

Other studies have linked high levels of stress in childhood to high blood pressure, heart disease and obesity later in life.

Dr Perry concluded in his paper: "Healthy development of the neural systems which allow optimal social and emotional functioning depends upon attentive, nurturing caregiving in infancy and opportunities to form and maintain a diversity of relationships with other children and adults throughout childhood."