THE Euros final between England and Italy was an emotional rollercoaster – and one person warming hearts for much of the game was Prince George.

Royal fans have been left delighted by a sweet moment, involving Prince William and Kate Middleton's eldest son, that was caught on camera at Wembley on Sunday night. 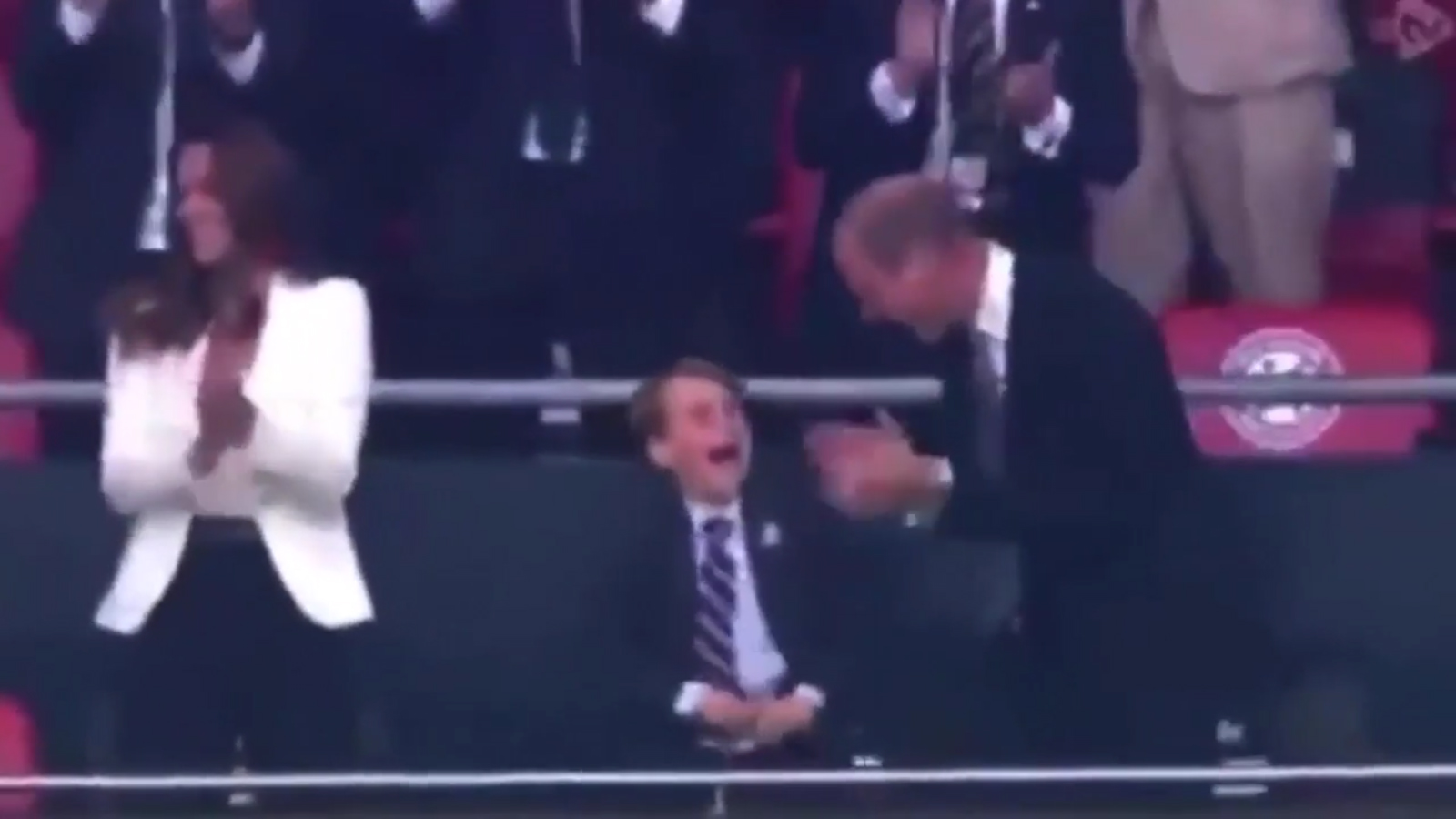 In an adorable video clip from the TV coverage shared on the evening, the seven-year-old can be seen celebrating the first goal of the match when England scored.

The young royal – who was wearing a light blue shirt, navy blazer and striped tie – was spotted jumping up and down and hugging his parents.

He then let out a huge laugh with his hand on his tummy, before quickly recomposing himself and tucking his shirt in neatly.

The wholesome scene brought happiness to Twitter where social media users shared their thoughts on the rather mature behaviour of the overjoyed little prince.

One person wrote: "Prince George is growing up really fast and seems so much more confident than last time, just adorable!"

Another joked: "Prince George acts like a 35+ year old professional."

A third shared: "The maturity of that kid is so sweet. And even tucking his shirt in which I didn’t do till I was 17!"

Later in the game, after England's defeat, he was spotted looking sad and being supported by his parents.

Another noted: "Seeing Prince George upset is heartbreaking but I love how his parents are there to comfort him like they should be even if they were royals, we love to see good parenting."

The future king's sweet shirt tuck came as it was revealed the Duke of Cambridge wanted his son to wear an England shirt to the final.

However, the Duchess of Cambridge was reported to have decided their little boy should dress smarter for the momentous occasion.

Speaking on BBC Radio 5 Live ahead of the event, tennis champion Marion Bartoli claimed: "Yesterday I had an afternoon tea with the duchess and it was very much a discussion whether George will be allowed to wear the jersey tonight at Wembley or not. 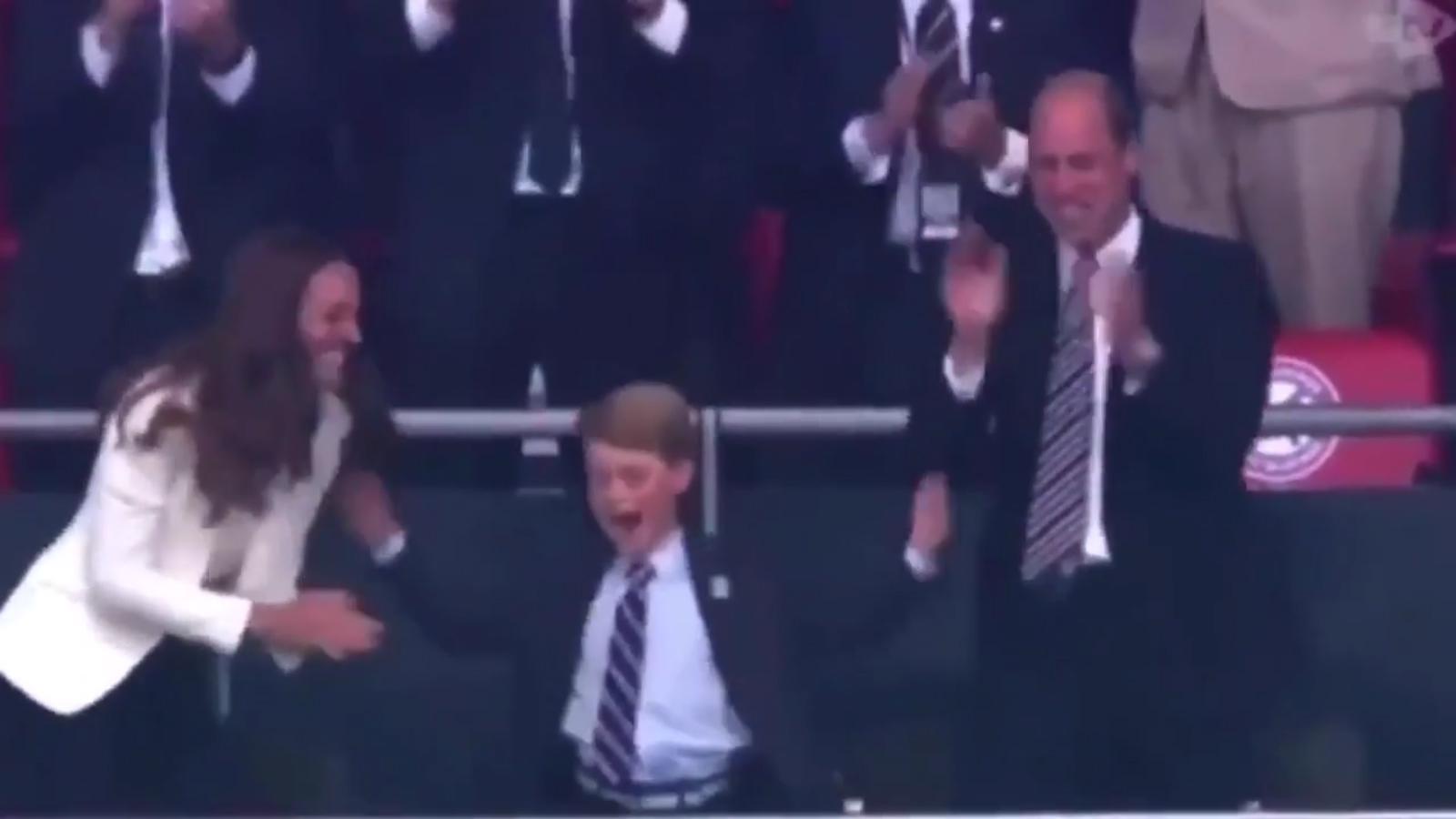 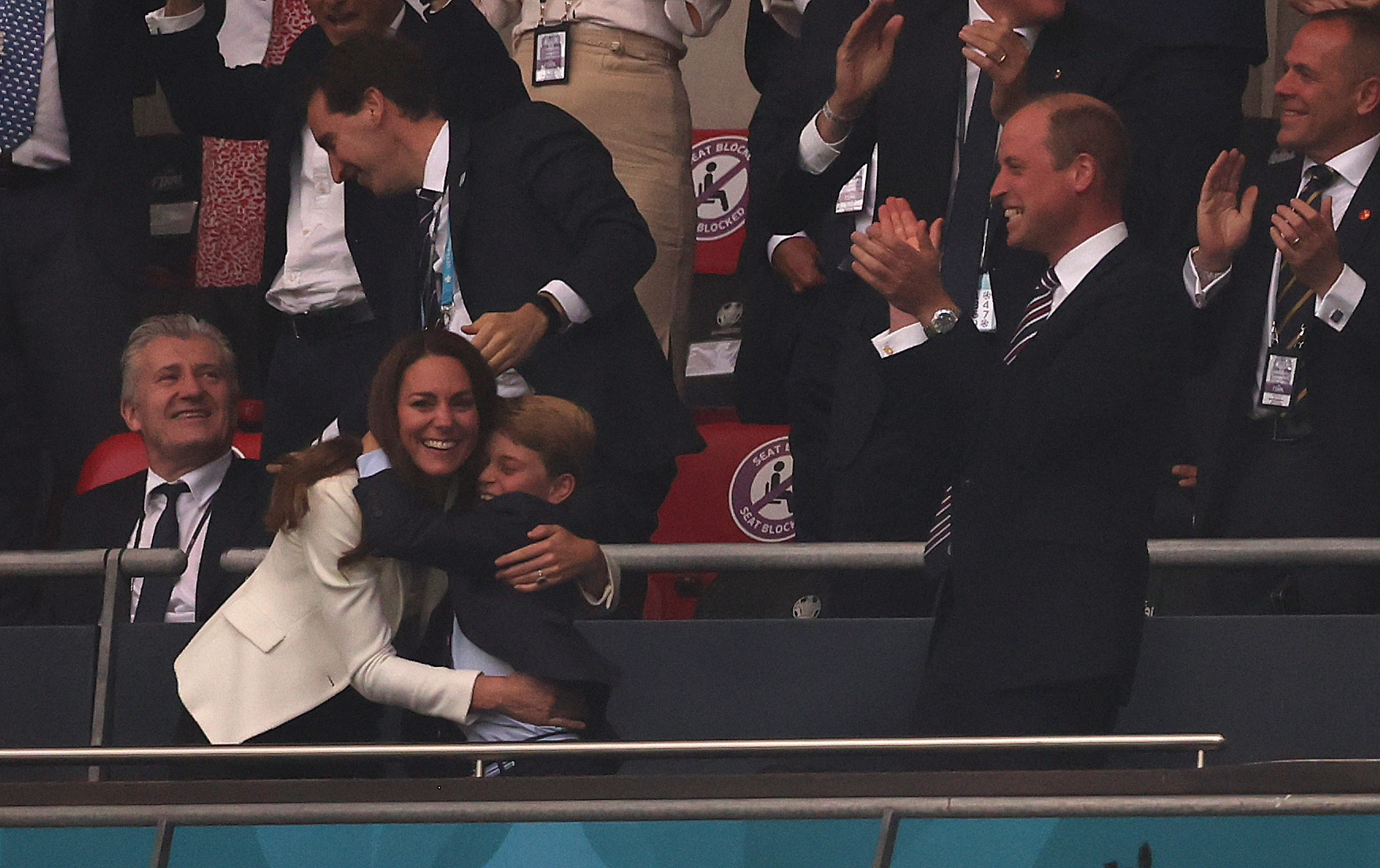 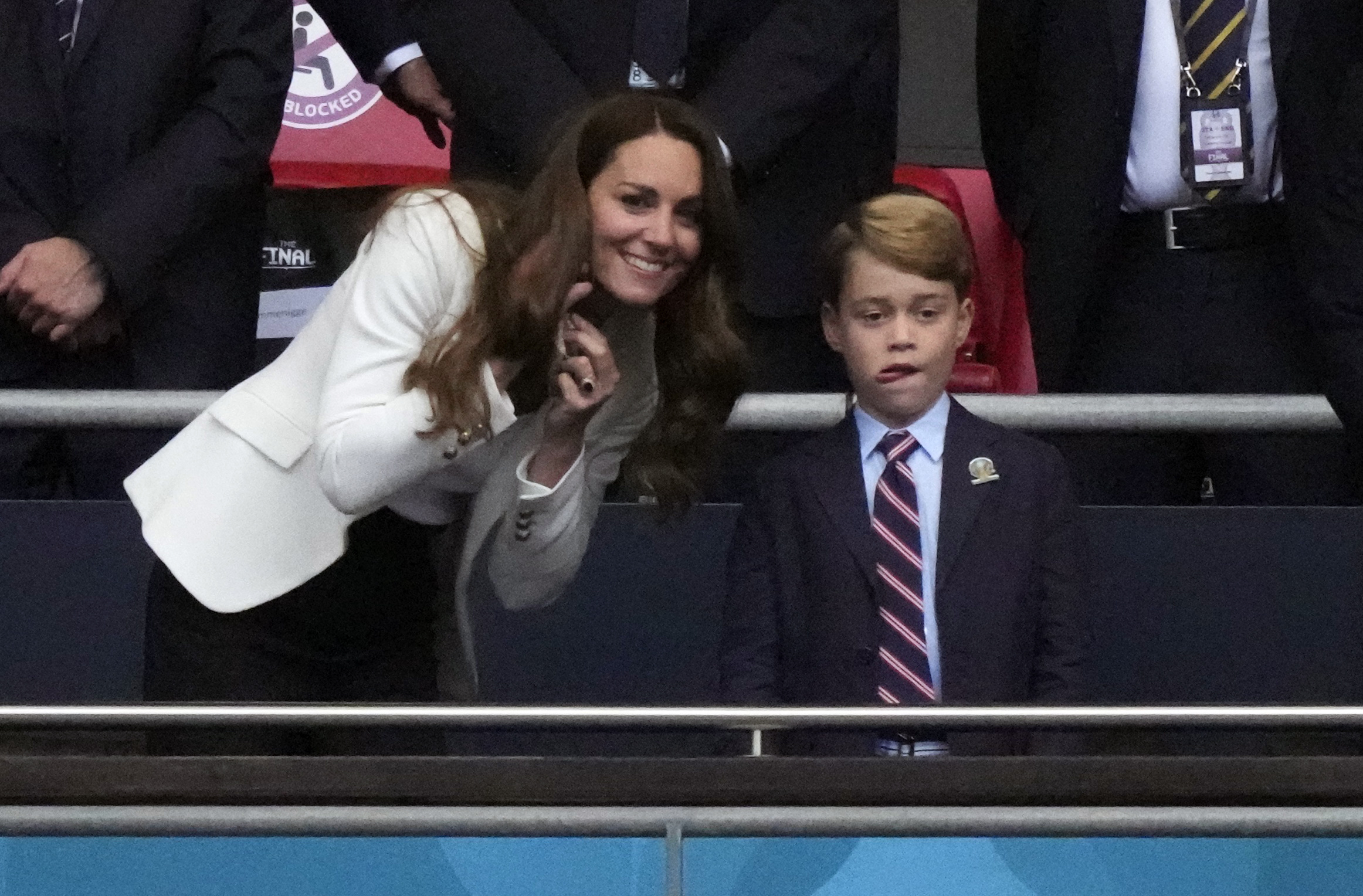 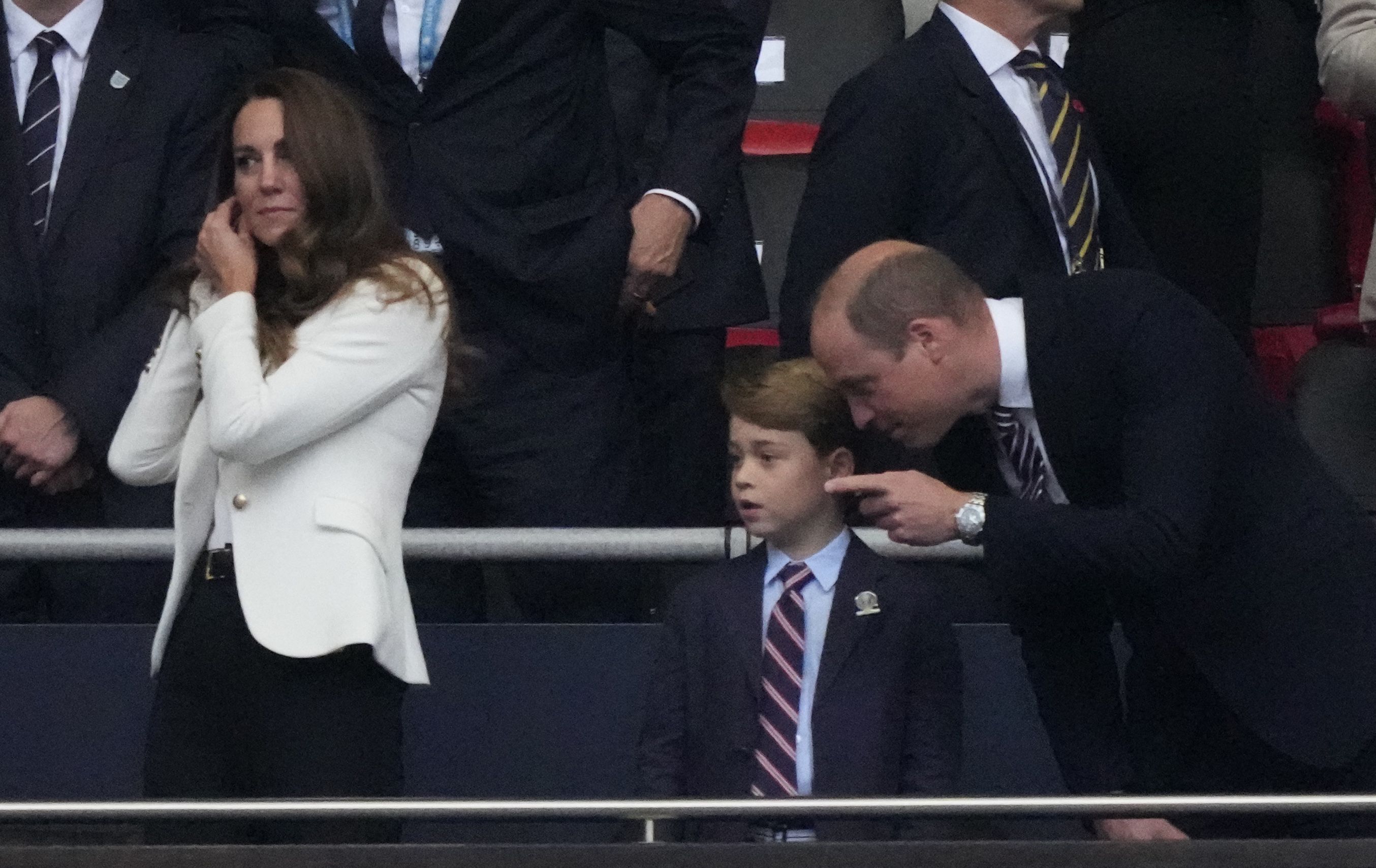 Next week, we'll be throwing our first ever Fabulous Girls Night In – and who else would we get to co-host the event than Vicky Pattison herself?!

Our beauty editor Tara Ledden will be chatting to the Queen of the Jungle all about her makeup regime and the products she just couldn't live without.

As they talk all things beauty, Tara and Vicky will also be trying out 2021's top products – as voted by YOU in this year's Fabulous Beauty Awards.

Better still, the event is completely FREE to attend – and as it's virtual, tuning in while you're mid-pamper and in your PJs is actively encouraged.

And if that wasn't enough, all attendants will be in with a chance of winning one of 10 beauty goodie bags worth an eye-watering £500.

So what are you waiting for? Sign up to this completely free girly pamper evening here.

In other royal news, we told you how a body language expert believes Prince William and Kate Middleton are more bonded than ever.

We also revealed the secret nod the Duchess of Cambridge made to her mum Carole on her wedding day.

And this is why the Queen has been to Wimbledon only four times.