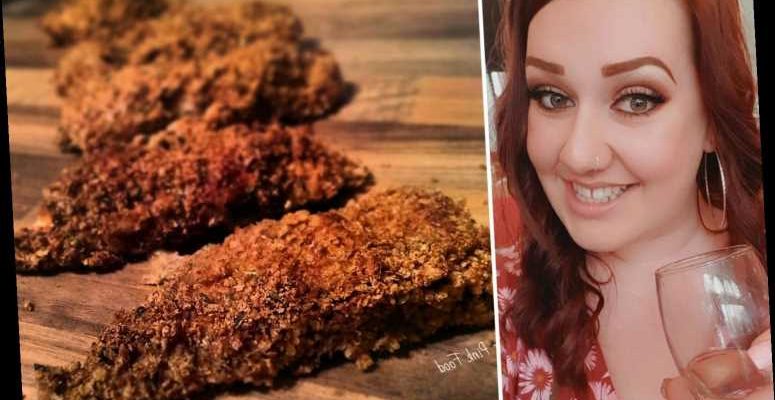 A 'QUEEN of fakeaway' has revealed how to make McDonald's egg McMuffins and KFC chicken at home – for just half the cost and calories.

Blogger Latoyah Egerton, 31, started creating her easy to follow recipes five years ago, when she began a weight loss diet which saw her shrink from a size 22 to a 14 in two years. 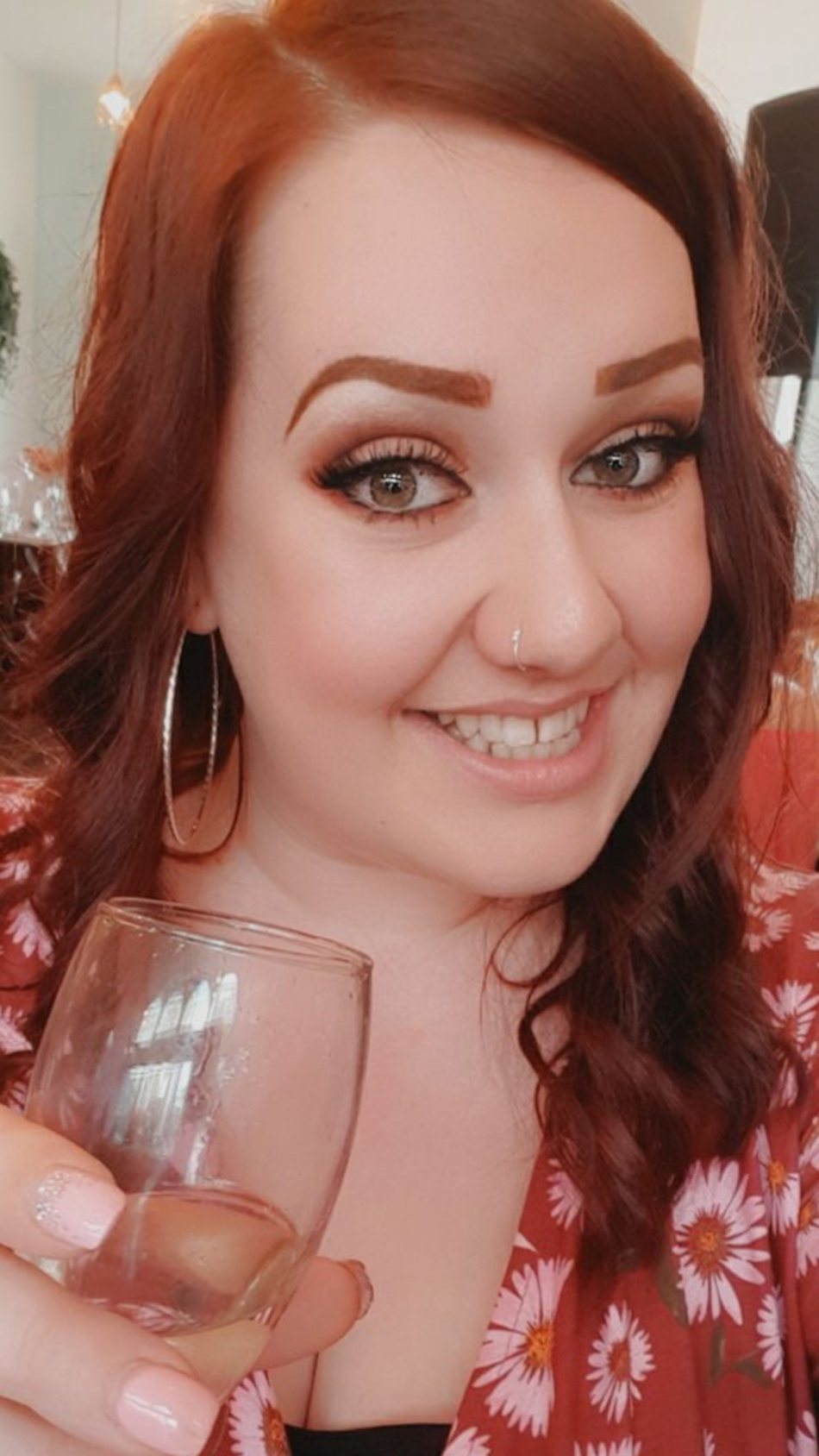 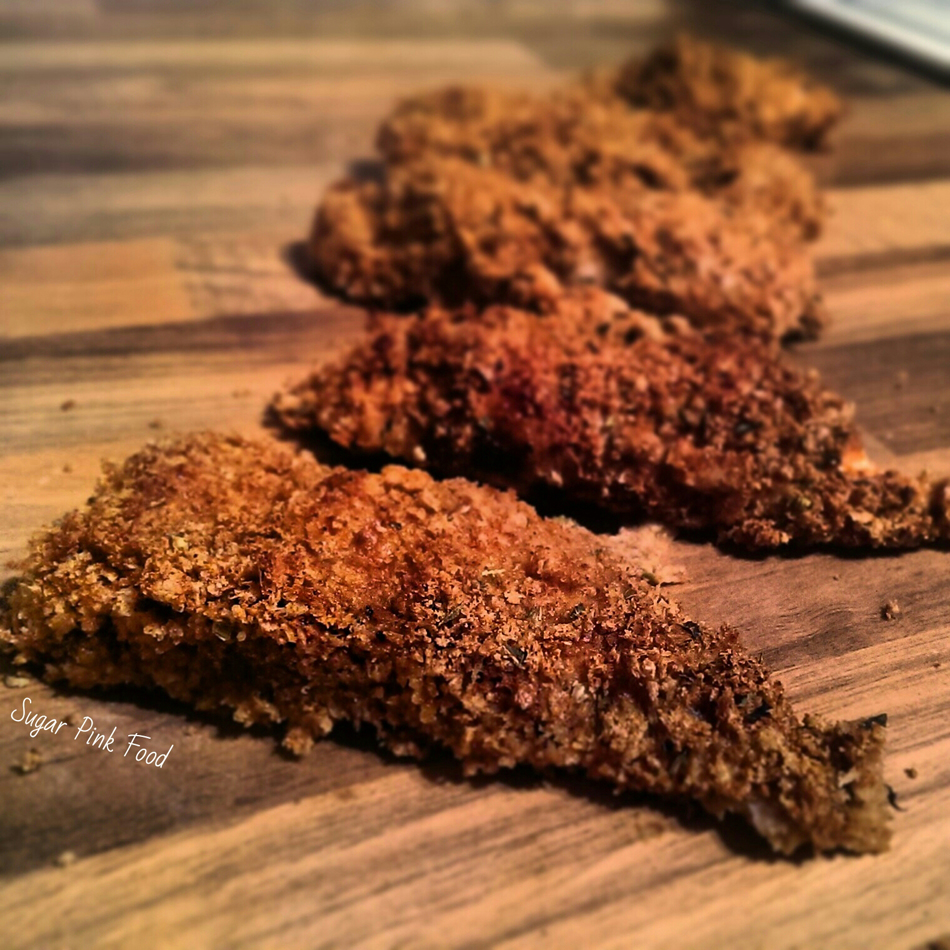 And Latoyah, of Exeter, Devon, who can happily whisk up everything from her own version of a Five Guys cheeseburger to Nando's spice rice or an Indian curry, says her self-taught 'fakeaway' cuisine  also costs half the price charged for the real thing.

"Fakeaways are basically homemade takeaways," Latoyah, who is in a long-term relationship with her boyfriend James, 31, said. "And if you cook them right, they can taste equally as delicious.

"With half the calories and costing half the price – they're a win-win. Beofre, my favourite takeaway was a Chinese.

"I'd have the works – but I must have been eating more than 1,500 calories worth of food.

"Now I can make my own version containing 500 calories but tasting just as good." 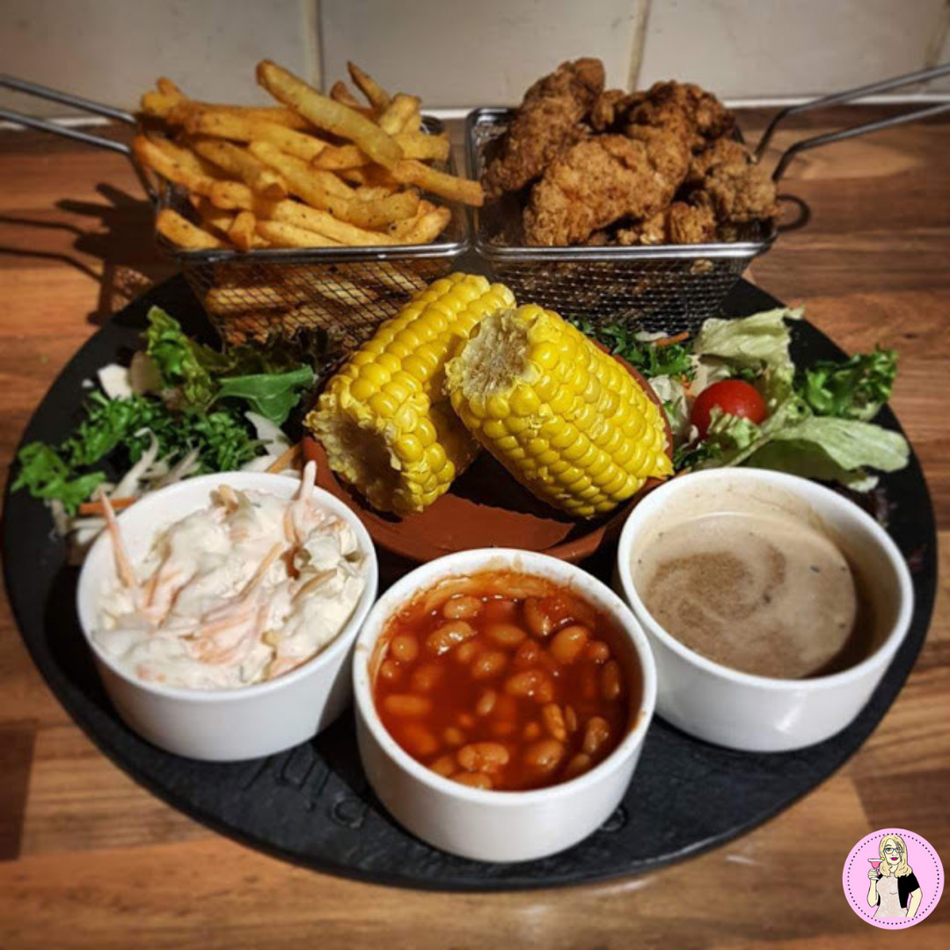 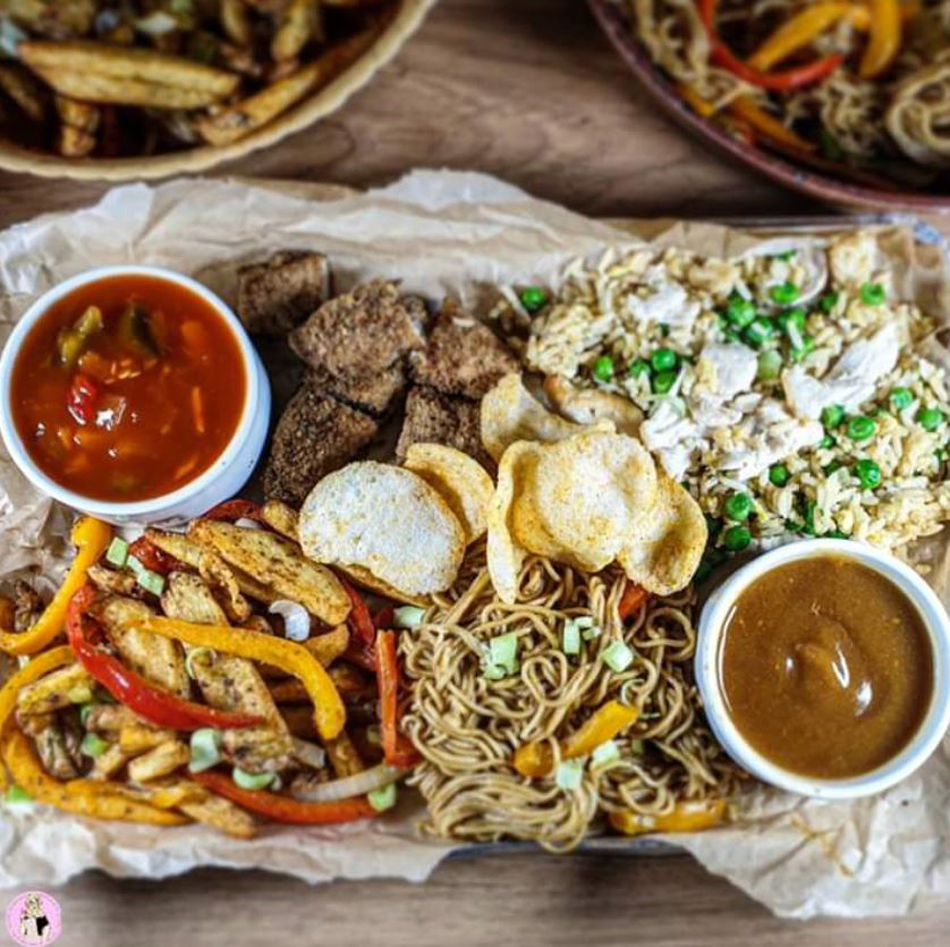 Latoyah now has almost 100,000 combined followers on Instagram and Facebook combined – where she shares the delicious recipes she devised from scratch.

Also keeping a blog, Sugar Pink Food, Latoyah encourages people to be creative in the kitchen – especially while the country remains in lockdown, due to the Covid-19 pandemic.

She explained: "Lockdown is the perfect time to get the creative juices flowing. Most people have more free time to give a new recipe a go.

"Plus, if you do get it wrong, most of the big chains – like Nando's and McDonald's – are still shut, so you can't just give up and order a takeaway, you have to master your skills." 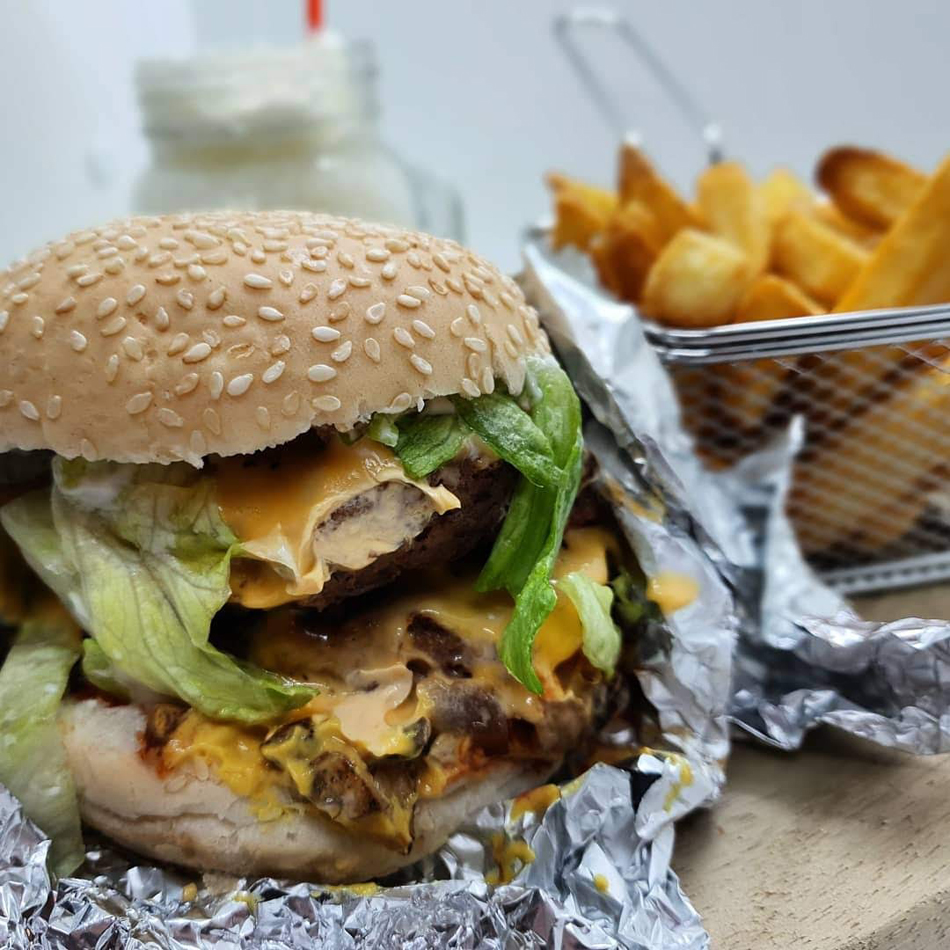 But Latoyah is not content for her food to merely taste like the real thing – she recreates the whole takeaway experience.

"To make it feel authentic, though,  I have a selection of plastic boxes and takeaway bags that I like to package the food in first, so it feels really real.

"They also come in handy, because if I make an extra-large portion, I can keep the fakeaway in the tubs  and have some as a Saturday night treat, too."

Latoyah started experimenting in the kitchen when she left home, aged 18, adding: "Moving out meant I suddenly had to start cooking for myself.

"At first, I wasn't overly adventurous. I'd cook your classic, easy to make dishes like pasta, but after a while I became a little more experimental with my food.

“The first ‘out there’ thing I tried was a vodka pasta sauce. I cut up loads of tomatoes, boiled them and then mixed in some vodka.

“It actually tasted really nice, as the vodka wasn’t too overpowering, but it gave the sauce a good kick.” 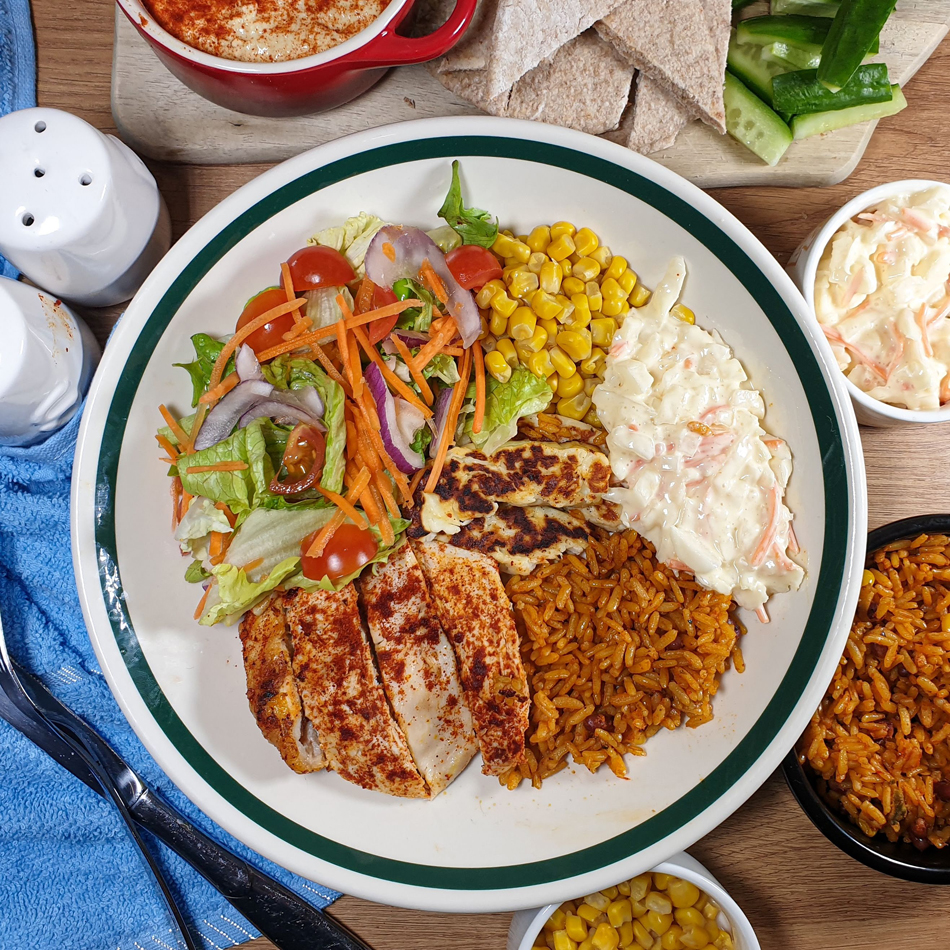 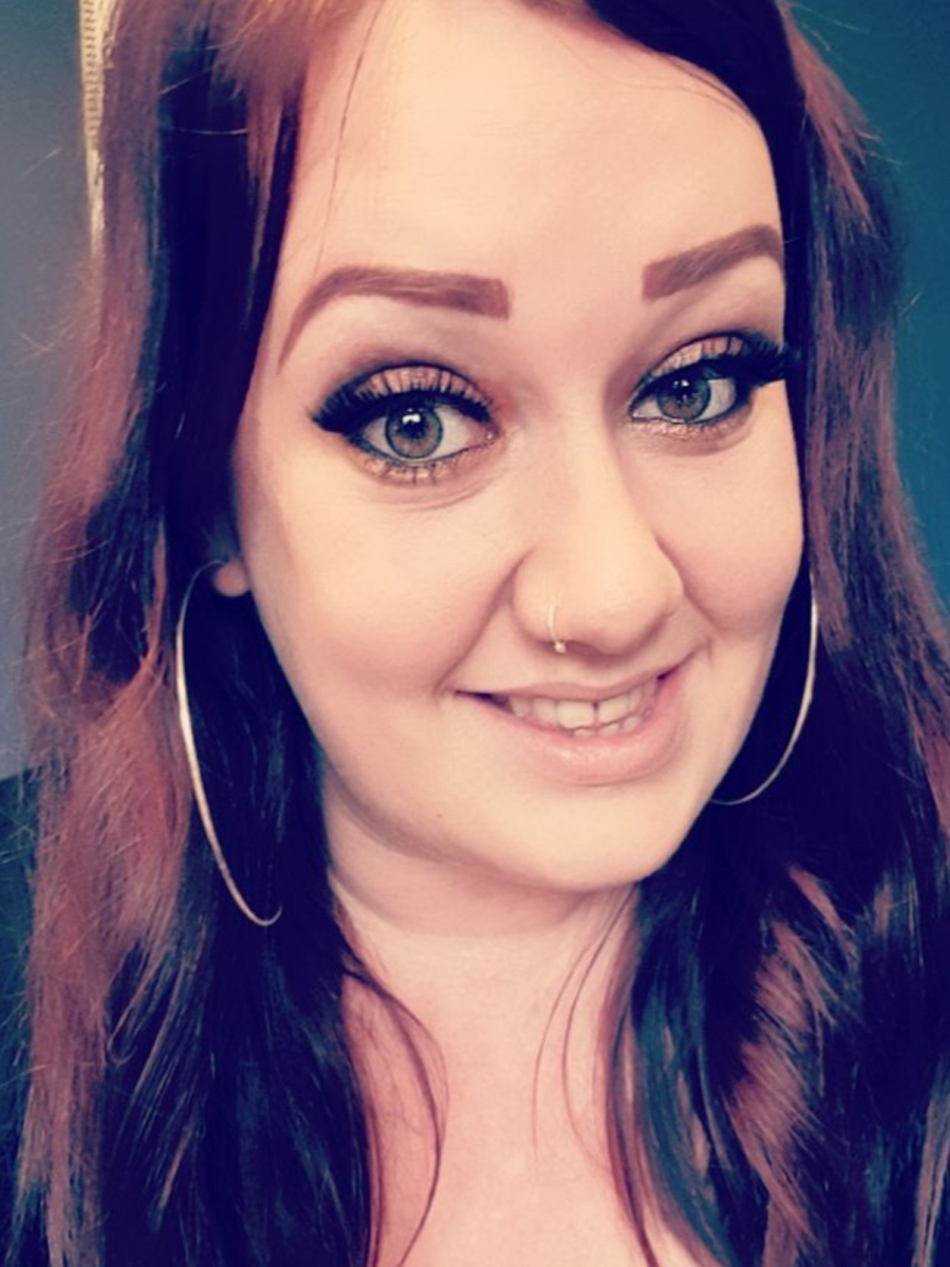 While she enjoyed cooking, Latoyah was also partial to the occasional takeaway, and did not always maintain the healthiest eating habits.

She said: "Living in Exeter meant I had all these different takeaway options on my doorstep.

"Chinese and Indian were my favourite – so I'd often treat myself.

"I was also quite a bad stress eater. I loved white bread and toast was my guilty pleasure."

But five years ago, unhappy with her size 22 figure, Latoyah resolved to ditch the takeaways, recreating her favourite dishes using healthier and less calorific ingredients instead.

"I wasn't happy with myself and I knew the takeaways weren't helping," she said.

"So, I thought, 'Why not recreate my favourite takeaways, but healthy versions?' And that's exactly what I did." 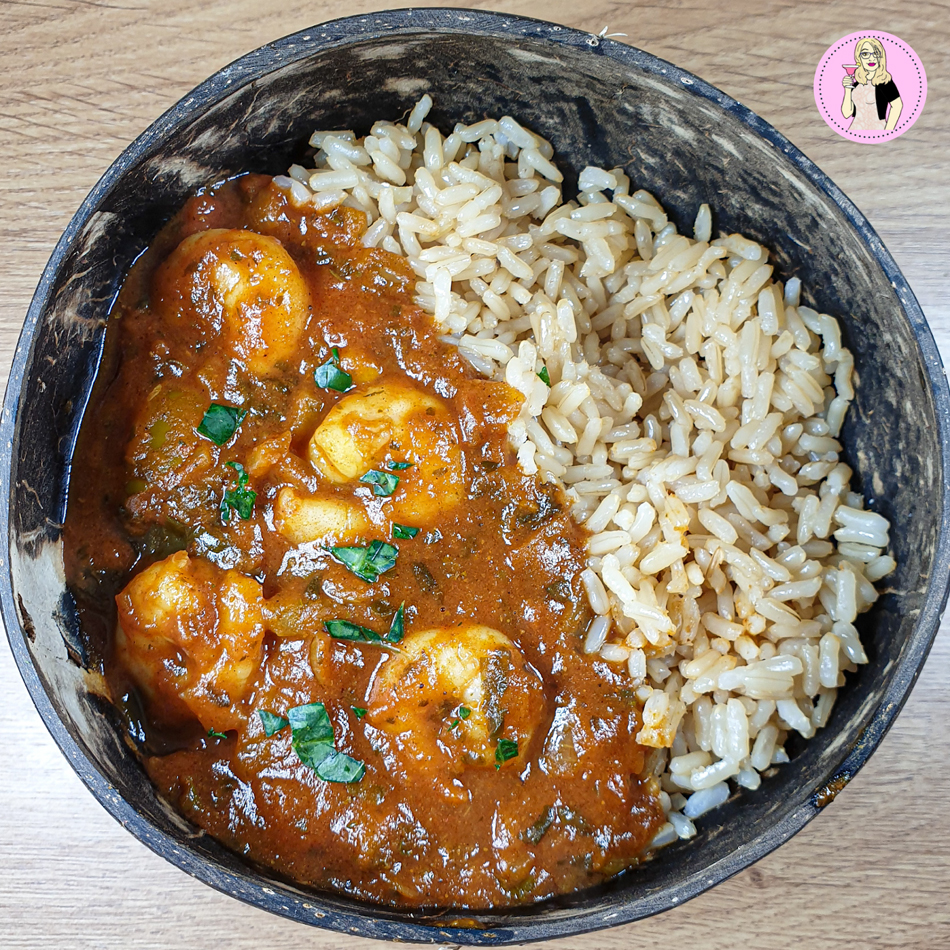 In just under two years, Latoyah shed five stone – shrinking to a size 14 – and credits her healthy fakeaway recipes for her success.

As Chinese is her favourite fast food, it was the first takeaway she tried to copy.

"When I used to order Chinese I'd go all out – getting egg fried rice, chicken balls,  chicken chow mein and sweet and sour sauce," she said.

"When I tried to recreate it, I started with the chicken balls – trying to get the same flavour, without having to deep fry them.

"I rolled skinless chicken breast in breadcrumbs, added a Chinese spice and then baked them.

"They were amazing and, honestly, I couldn't taste the difference." 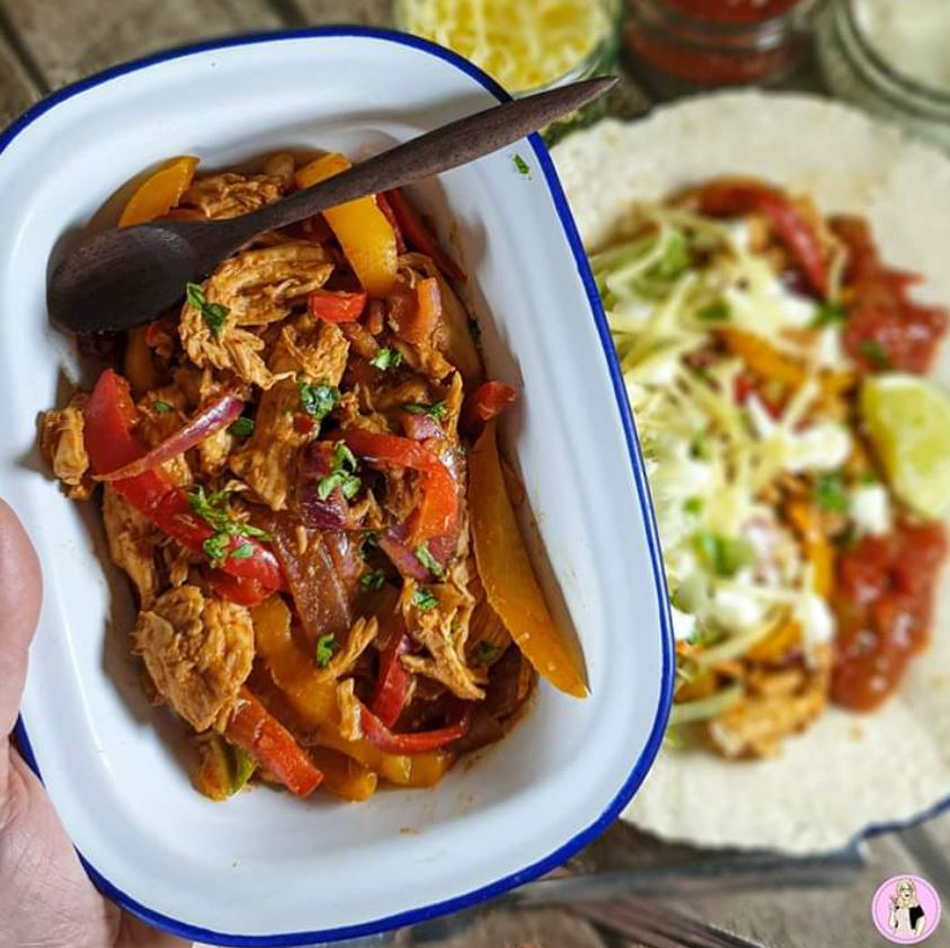 Spurred on by her success, after that Latoyah attempted to create a different fakeaway recipe most weeks.

"One of my favourite takeaways to make is a McDonald's sausage and egg McMuffin," she said.

"It's really easy. All you need to do, is use lower fat sausage meat and a wholemeal bun.

"I also like making my version of an Indian takeaway – but it can take a lot of prep time – especially for a chicken tikka masala.

"I usually marinate skinless chicken breast in yogurt for about 12 hours,  then I make the sauce with lots of herbs and spices, but I swap full-fat cream for fat free yogurt.

"The sauce is still thick, and it tastes delicious." 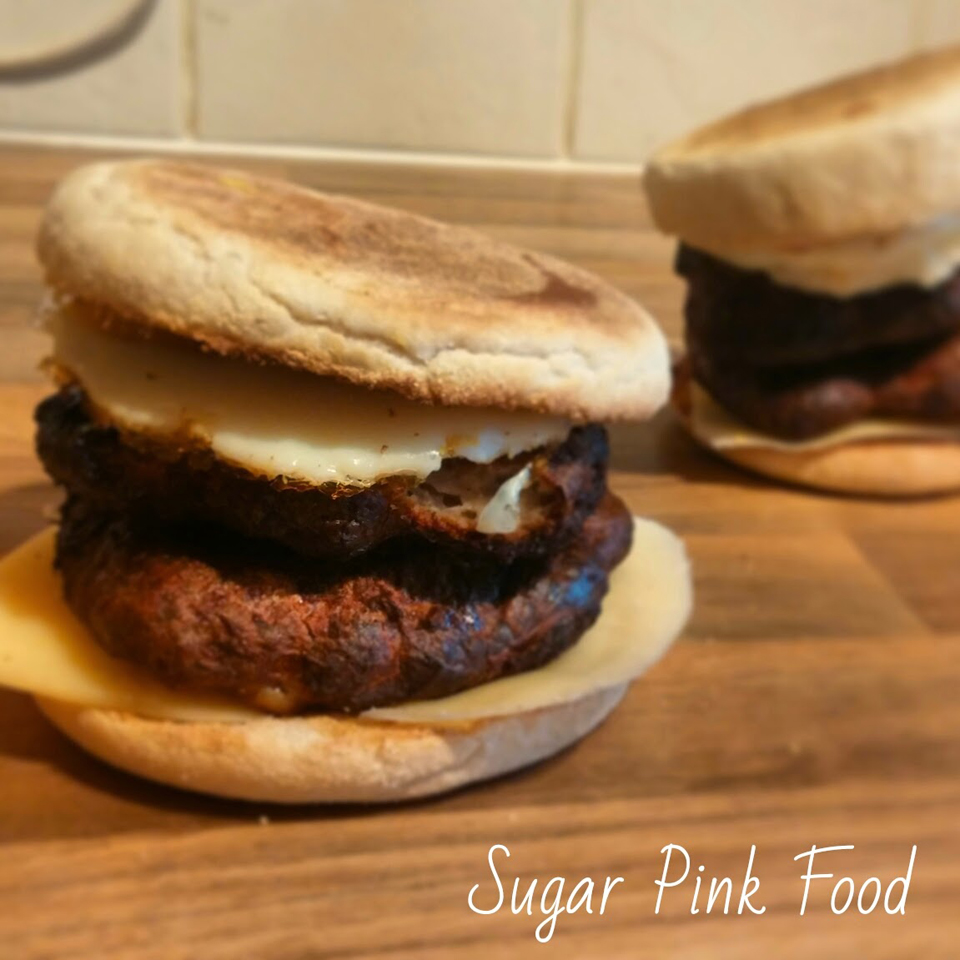 Meanwhile, Latoyah enjoys the challenge that comes with cooking her own Nando's.

"I cook Nando's- style chicken using a  slow cooker, adding lots of spices and chillies blended in," she said.

"There are also so many side dishes with Nando's, which can be a challenge – but I've taught myself how to make the same style of spicy rice, halloumi and coleslaw."

Latoyah also believes she has perfected her version of a KFC Double Downer Burger – made from two chicken breasts, with a large dollop of cheese and bacon in the middle.

"It's simple really," she said. "All I do is  bread the chicken breast with my KFC seasoning and then use lower fat bacon and cheese.

"I'd go as far as to say it's actually tastier than the real thing, because it's not quite so greasy."

For Latoyah, presentation is nearly as important as flavour.

She said: "I love a Five Guys burger. One of the best things about them is the way they are delivered, wrapped up in foil," she said.

"So, whenever I make one, I wrap it in foil myself and leave it to sit for a little bit so it cools down, in the same way it would if it was delivered – then I eat it. It's always delicious."

Latoyah's creations are so realistic that she even managed to dupe a group of her friends into believing that the Indian meal she served up had come from the local takeaway.

"A few of my friends came round for dinner once and I had a curry ready to go, already served up in takeaway boxes," she explained.

"I brought it in, and my friends were saying, 'When did the curry arrive?' They had no idea it wasn't a takeaway.

"About half an hour after they started tucking in, I told them I'd cooked it and they couldn't believe it.

"Their only complaint was that I hadn't made any garlic naan to go with it – but besides that they were pretty impressed."

1) Don't be afraid to fail. Try try and try again until you make the perfect fakeaway that you enjoy

2) If you like to eat a certain dish when you're out at a restaurant, or getting a takeaway, you will enjoy making it yourself. Remember the flavours of your favourite dish and try to recreate them.

3) Make your fakeaway feel authentic by presenting it as one. You can buy plastic tubs and takeaway boxes from most supermarkets – and it’s also handy to have them if you do have any leftovers

4) Make your fakeaway as much of an event as ordering a real takeaway. Get excited about it, and if all your family are in, make it for everyone

5) If you need motivation, focus on the positives – the fact you're being creative and you're saving money and calories. It's a win, win!

Now, every time Latoyah makes a fakeaway, she shares the results on her blog and her social media pages – encouraging people to ditch takeaways in favour of home-cooked versions.

“At first my blog was just a way for me to record all the recipes I’d tried,” she said. “But, after a while, I saw other people had started following my recipes.

"So I decided I'd post everything I made, to try and encourage people to be more adventurous with their cooking.

"I'm not a professional chef, but I want to help others – and it's important to debunk the myth that in order to eat healthily you need to  have only boring salads.

"That's simply not the case. You can still eat delicious food that tastes exactly like a takeaway, but just doesn't have the same amount of calories."

Now Latoyah has high hopes for the future, when she aspires to share her fakeaway recipes with an even bigger audience.

"I want to continue to share my fakeaway recipes online, I would love to have my own cookery show on TV one day," she said.

"It's important to me that I show people how making your own fakeaways can actually be better than the real thing.

"You can cook them to taste exactly right for you, which you would never get with a real takeaway.

"Plus, it's so rewarding to cook something tasty yourself from scratch – and that's without considering the money and calories you will save."