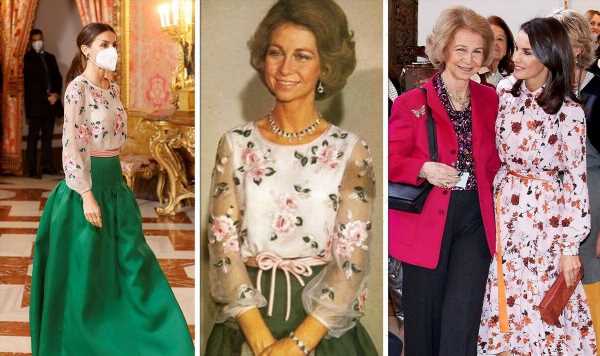 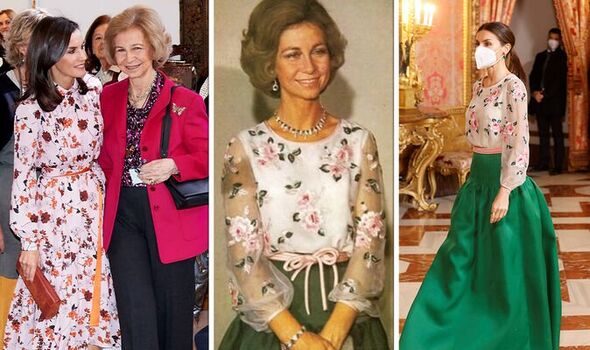 Unlike other European royals, Queen Letizia often chooses outfits from her mother in law’s closet for her day to day engagements. Despite Queen Sofia’s age, Letizia is able to find the most gorgeous and glamorous designs.

Marketing manager at jewellerybox and fashion expert Daena Borrowman commented: “In recent times, Queen Letizia of Spain has been paying the ultimate tribute to her elegant mother-in-law, Queen Sofia, by rewearing some of her chicest working outfits from many decades ago.

“Recycling outfits from a much-adored family member is becoming more and more common in modern times.

“Royal families across the globe are working hard toward projecting a less sacrosanct and more relatable public image at a time when the media and the public are keenly scrutinising their every move and questioning their relevance in the modern era.”

Queen Letizia is a former journalist and anchor who married into royalty which could be the reason why she is “very much a modern-day royal in the sense that she has always been re-wearing and restyling key pieces from her capsule wardrobe”, Daena said.

“She is a global fashion icon and her behaviour will inspire many people around the world to appreciate the value of second-hand,” she said.

“Therefore, it makes perfect sense for the thrifty Queen to proudly wear some of the iconic outfits previously owned by her mother-in-law.”

The expert explained it is likely that the dresses Queen Letizia has reworn from Queen Sofia have had “some restorative work done”.

This is so they can be preserved and passed on down to her own daughters, Princess Leonor and Princess Sofia, when they grow up.

One of the most iconic looks Queen Letizia donned was at a reception held for the Chilean President.

“The dress whose flowy skirt extends until the knees, was first donned by Queen Sofia four decades ago on a trip to Rome.

The fashion expert explained Queen Letizia often adds “her own touches” to her mother-in-law’s dresses by swapping out elements and accessorising.

Daena added: “All royals are privileged because they have a devoted arsenal of stylists, dressmakers and assistants whose job is to keep the royal wardrobe in top form.

“The job of these people is indispensable because working outfits have been worn when history itself was being made and therefore, they too are a part of history.”