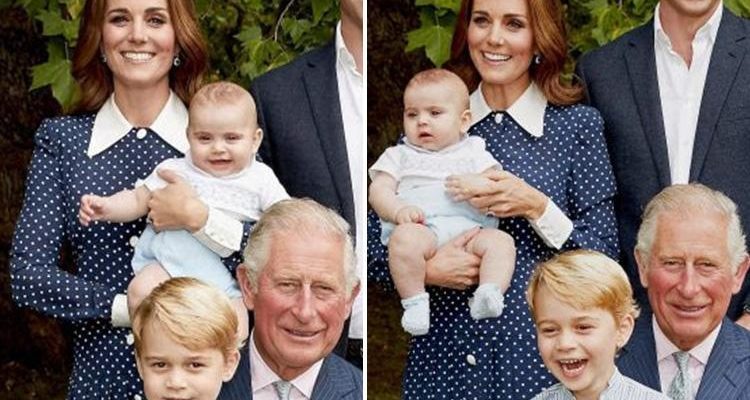 In the snaps, released to celebrate the 70th birthday of Prince Charles, the youngest member of the royal family appears to be doing something VERY cheeky indeed. 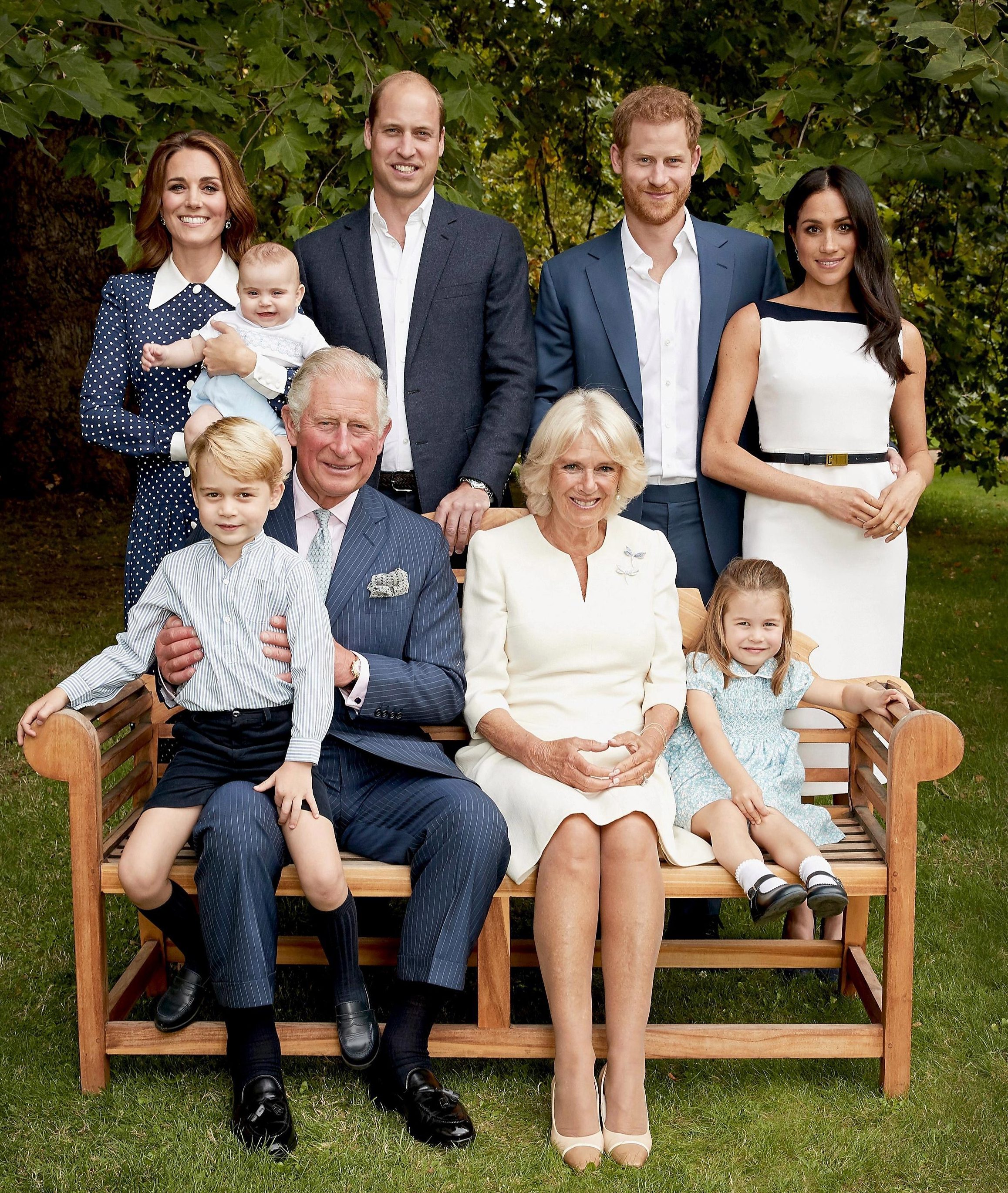 One image shows Prince Louis looking like a picture of pure mischief, beaming and stretching out his hands.

In the other image released, Kate Middleton can be seen gently holding her baby’s arm – and a Twitter user has claimed this was down to Prince Louis being naughty.

Could Kate have held his arm to stop him from pulling his grandad’s hair?

Twitter account Tea Time with the Cambridges uploaded side by side photos and wrote: “The second pic seems like the one when Louis pulled Prince Charles' hair! That about explains Kate holding his hand in the other photo.” 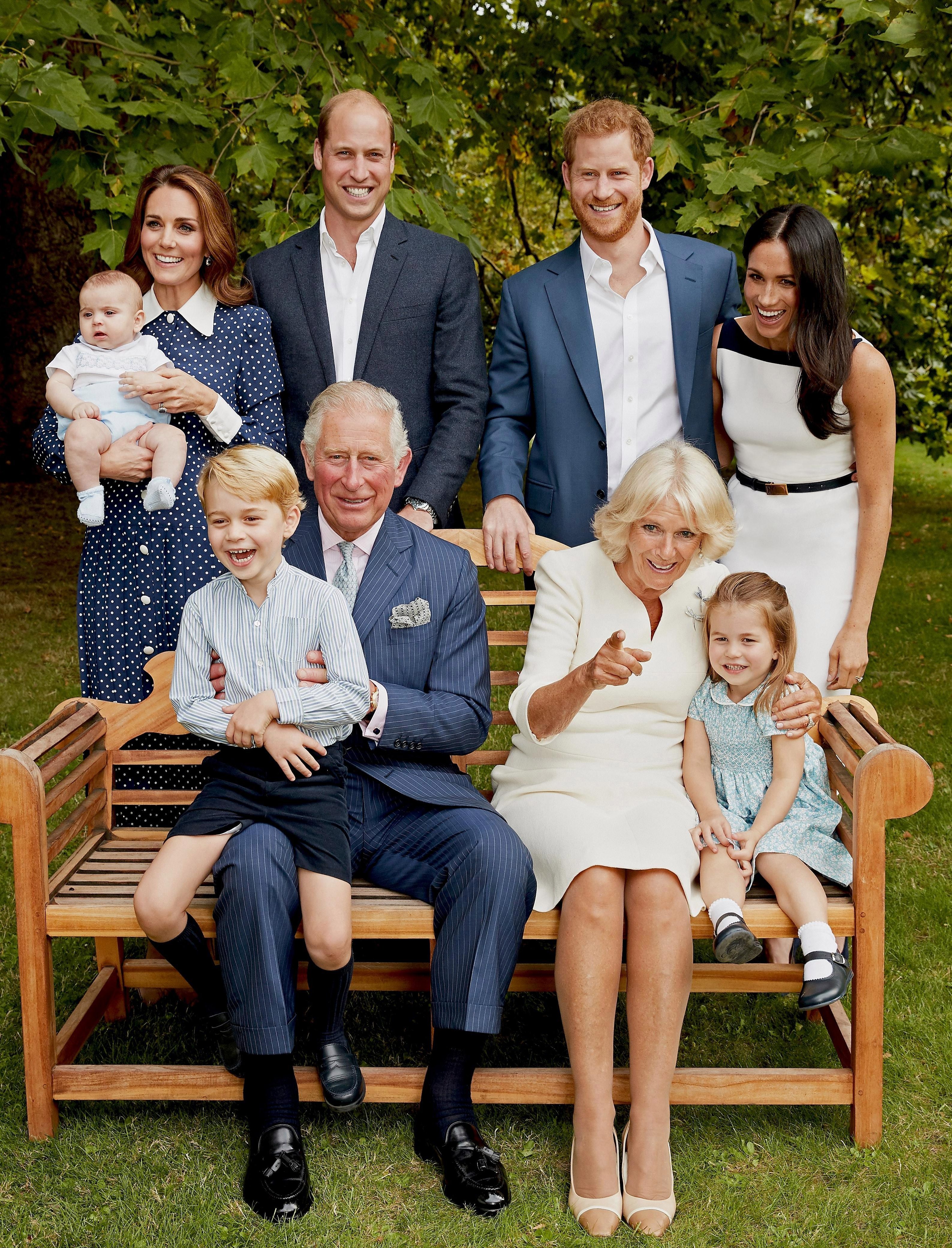 If Prince Louis is anything like his cheeky older brother, Kate is set to have her hands full with the pair.

Prince George recently showed off his playful side when he was seen picking his nose and giggling with the bridesmaids as he arrived at Princess Eugenie and Jack Brooksbank's Royal wedding.

Before walking up the aisle with seven-year-old Savannah Philips and his sister, Princess Charlotte, five-year-old George was spotted messing about as Savannah pretended to play the trumpet. 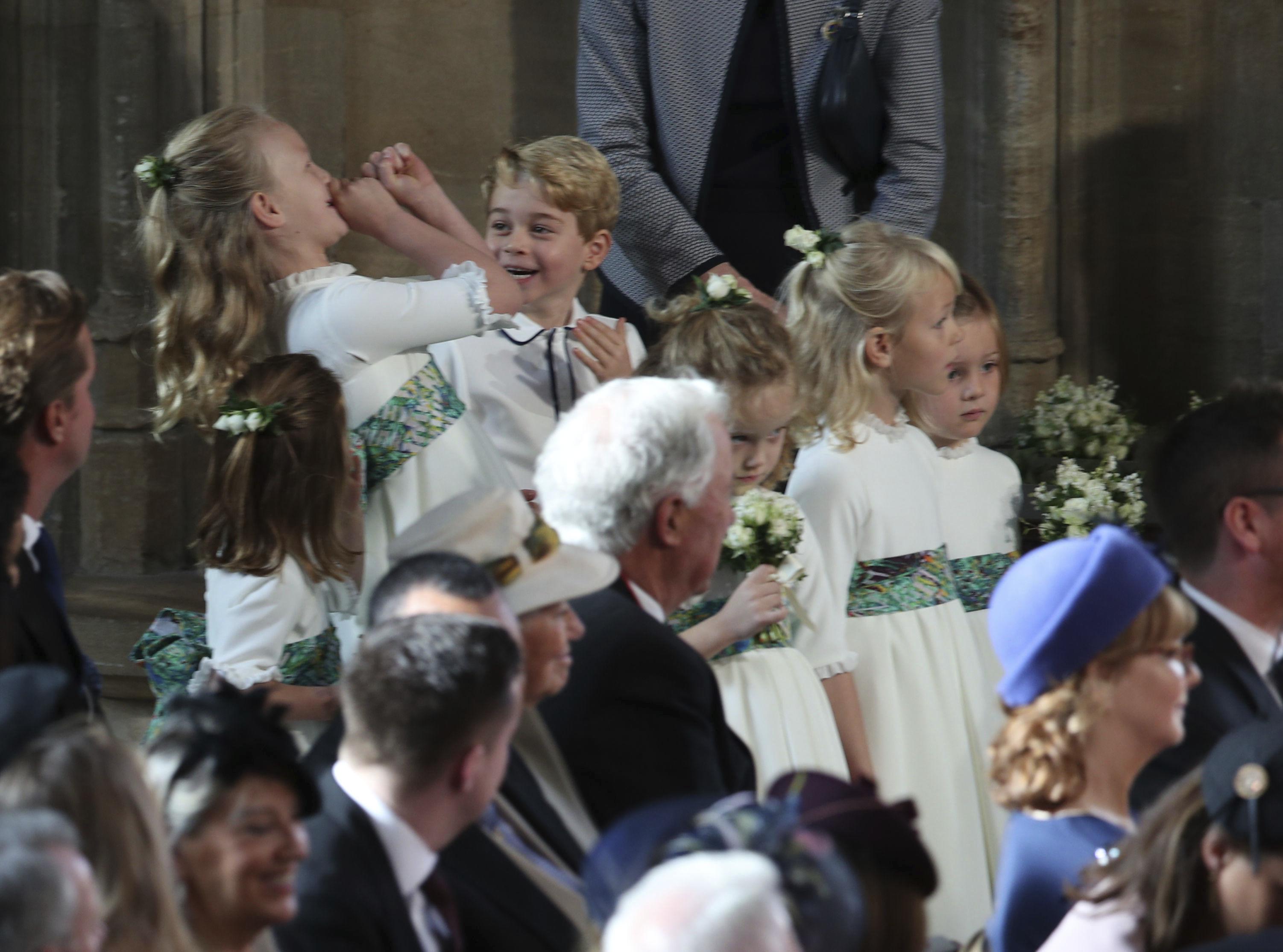 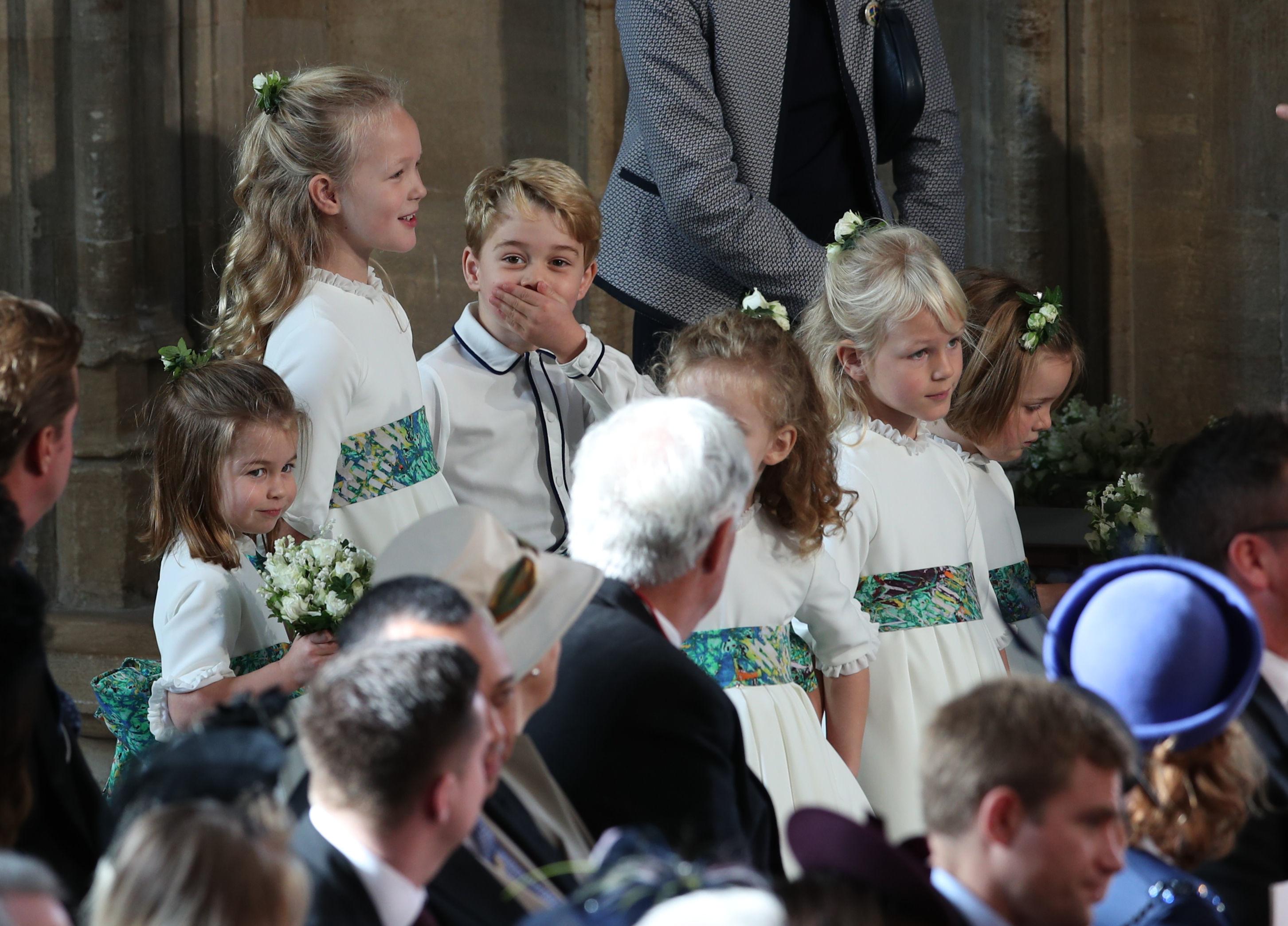 Dressed in a white top and powder blue shorts in the Prince Charles birthday photos, little Louis is a dead ringer for Wills, with the same adorable chubby cheeks and button nose as he had as a baby.

But with his short dark hair and brown eyes, some could argue Louis – who was born on April 23 – looks more like mum Kate.

The rare portraits were taken in the gardens of Clarence House to mark Prince Charles' 70th birthday.

Over the last year, Prince Charles has been gradually taking on some of his mother's responsibilities, including laying the Queen's wreath at the Cenotaph memorial both in 2017 and last week on Remembrance Sunday. 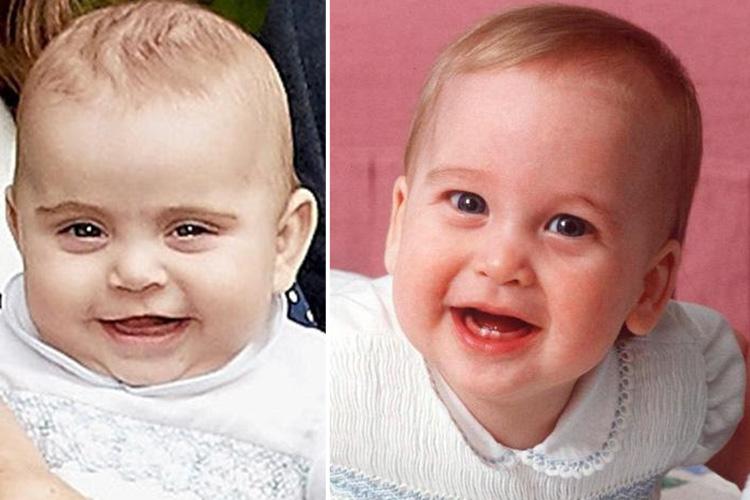 Prince Louis gives cheeky smile in first official photo since christening – and he looks just like Wills and Kate!

The Queen and Prince Philip weren’t in Prince Charles’ 70th birthday photographs so he could be ‘most senior royal’ in the shots.