According to shoppers, the retailer is selling a £2 eau de parfum which smells just like Marc Jacobs Decadence.

Late last year, several took to social media to reveal the likeness between the %Me perfume and the pricey fragrance.

Twitter user Abbeygale, from Essex, wrote: "OMG this perfume from Primark is £2 and it is an exact copy of Marc Jacobs Decadence!! Tell the world."

But while the Primark scent costs just a couple of quid, a a 100ml bottle of the Marc Jacobs eau de parfum, which comes in a cool bottle designed to look like a handbag, would normally set you back around £98 (it's currently on offer at £54.95 at Fragrance Direct). 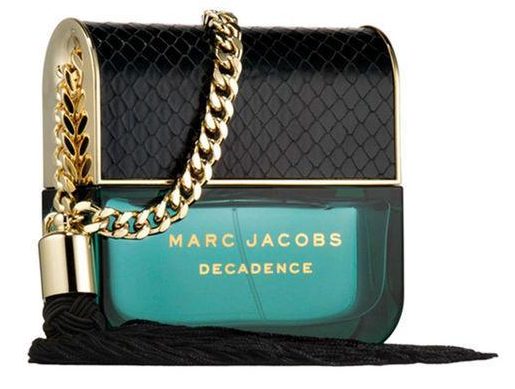 It's not the first time Primark has reportedly ripped off the scent.

Last year several shoppers claimed they noticed a similarity between the Marc Jacobs perfume and Primark's Be Mine.

One tweeted a picture of the bottle with the caption: "Gals if you’re an absolute cheap skate like me get yourself down to Primark, this smells exactly like Decadence by Marc Jacobs and is £2!!!!"

Another wrote: "This perfume from Primark smells just like Marc Jacobs Decadence thank me later."

Yesterday we revealed Vans is suing Primark for copying two of its iconic trainer designs.

And Primark is also selling a version of Bare Minerals’ powder foundation – but it’s £20 cheaper.

To find out where your nearest Primark is, click here.