Peter Lindbergh, a bastion of contemporary fashion photography whose work regularly appeared on the covers of magazines such as Vogue and Harper’s Bazaar, and whose monochrome cinematic images propelled the careers of supermodels like Naomi Campbell, Christy Turlington Burns and Linda Evangelista in the 1990s, died on Tuesday in Paris, where he lived. He was 74.

In a career that spanned more than four decades, Mr. Lindbergh steadily rose to become one of the best-known names in fashion photography for his alternately cinematic and naturalistic portraits of models and screen sirens and his preference for shooting in black and white.

His most recent high-profile assignment had been to shoot the 15 monochrome portraits of subjects including the climate change campaigner Greta Thunberg, the actress Jane Fonda and the model Adut Akech for the 2019 September issue of British Vogue, which was guest-edited by Meghan, the Duchess of Sussex. 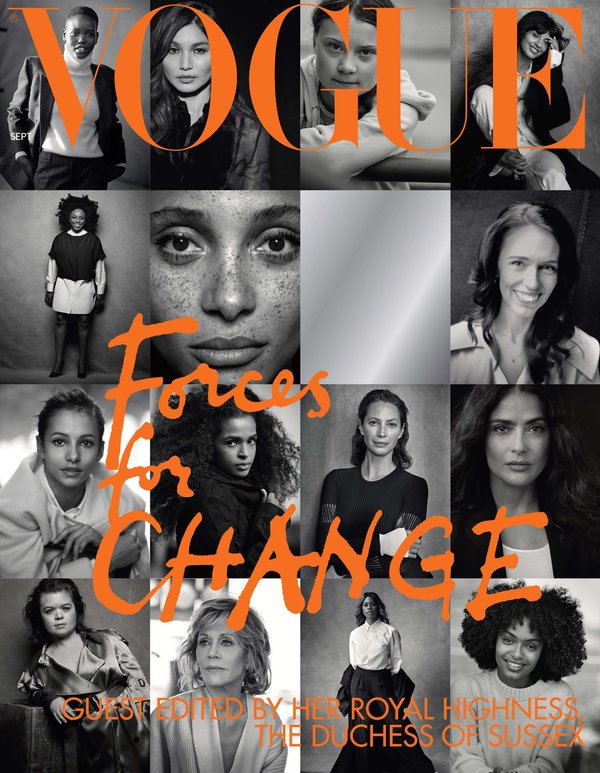 “His ability to see real beauty in people, and the world, was ceaseless, and will live on through the images he created,” Mr. Enninful wrote in a tribute published on Vogue’s website. “He will be missed by everyone who knew him, worked with him or loved his pictures.”

Mr. Lindbergh focused on developing a timeless and humanistic romanticism to his works, and today his imagery is instantly recognizable in campaigns for boldface luxury industry names like Dior, Giorgio Armani, Prada, Donna Karan, Calvin Klein and Lancôme. He also published several books.

Most famously, Mr. Lindbergh’s reputation was anchored in the rise of the supermodel in the 1990s. The inception was the January 1990 cover of British Vogue, for which he assembled Ms. Evangelista, Christy Turlington, Ms. Campbell, Cindy Crawford, and Tatjana Patitz in downtown New York. He had shot some of the women on a beach in Malibu for an American Vogue editorial two years before, as well as for the first cover of the magazine under a new editor in chief in 1988 — Anna Wintour.

“It was a new generation, and that new generation came with a new interpretation of women,” he later explained of the revered shoot, which went on to inspire the video for George Michael’s 1990 single “Freedom,” starring the models and cementing their statuses as household names.

“It was the first picture of them together as a group,” Mr. Lindbergh said. “I never had the idea that this was history. Never for one second.”

Peter Brodbeck was born on Nov. 23, 1944, to German parents in Leszno, Poland. When he was 2 months old, Russian troops forced the family to flee, and they settled in Duisburg, the center of Germany’s steel industry.

The industrial backdrop of young Peter’s new hometown would become a continuing inspiration for his photography later in his life, alongside the 1920s art scenes of Russia and Germany. High-fashion shoots would often take place on fire escapes or street corners, with cameras, lights and cords on display.

He left school at 14 to work in a department store, moving later to Berlin to study art at the Academy of Fine Arts. He began a photography career by accident, he told Harper’s Bazaar in 2009, upon finding that he enjoyed taking photographs of his brother’s children, and that prompted him to hone his craft.

In 1971, he moved to Düsseldorf, where he set up a successful photo studio. While there, he changed his last name to Lindbergh after learning of another photographer named Peter Brodbeck. He moved to Paris in 1978 to pursue a career.

His first marriage ended in divorce. Mr. Lindbergh, who divided his time between Paris, New York and Arles, in the south of France, is survived by his wife, Petra; four sons, Benjamin, Jérémy, Joseph and Simon; and seven grandchildren.

Throughout his life, Mr. Lindbergh was well known for his stance against retouching his photographs. In the introduction to his 2018 book “Shadows on the Wall,” he wrote, “It should be a duty for every photographer working today to use his creativity and influence to free women and everyone from the terror of youth and perfection.”

In 2016, he shot some of the world’s best-known movie stars, including Helen Mirren, Nicole Kidman and Charlotte Rampling, all devoid of makeup, for the annual Pirelli calendar.

His work was shown in museums such as the Victoria & Albert Museum in London and the Centre Pompidou in Paris.

Elizabeth Paton is a reporter for the Styles section, covering the fashion and luxury sectors in Europe. Before joining The Times in 2015, she was a reporter at the Financial Times both in London and New York. @LizziePaton