AS Hurricane Ida raged across parts of the United States, entire cities were brought to a halt – but one TikToker braved the torrential rain in her pursuit of love.

In a video that has so far gained 6.1 million views and over 1.2 million likes, 25-year-old Cassidy Dangler shares her arduous journey to a first date on September 1 through the remnants of the storm. 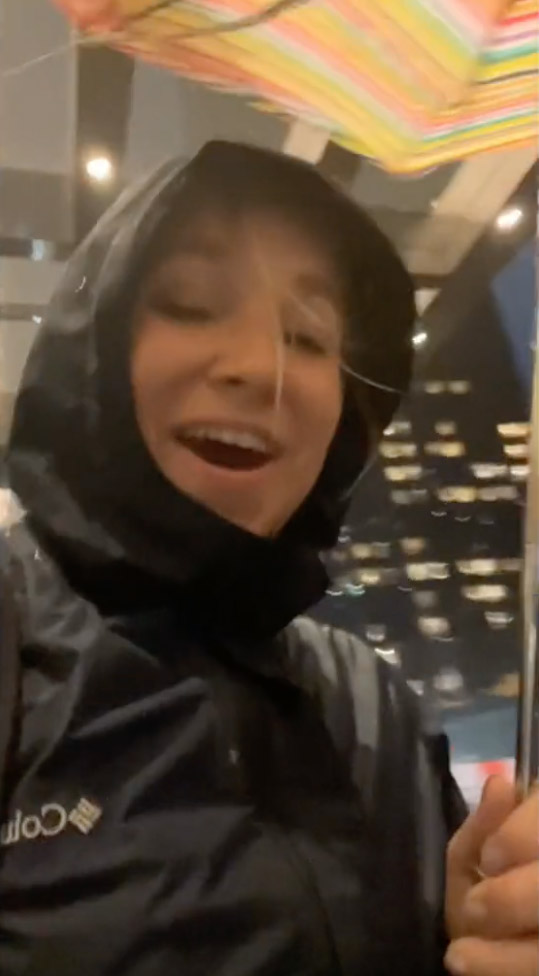 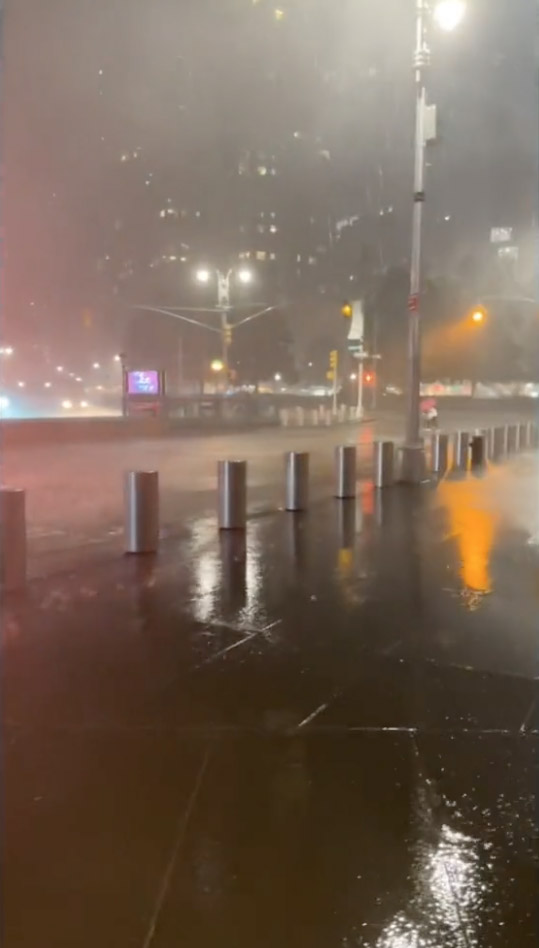 The New York City resident explained that she went on the date as she felt bad canceling at the last minute and the man she had plans with wanted to go through with them.

In the clip, she can be seen dressed in a hooded parka and rain boots, struggling with an umbrella that has been flipped upside down, and laughed: “I’m soaked!”

The actor and group fitness instructor clearly had high hopes from the date, considering the effort she put in, added: “If I don’t find love with this kind of effort put in, who will?”

However, her high hopes were shattered as the date was “one single hour-long” and she claimed she had to pay for herself, despite making the trek in the rain.

She also added that he lived 10 blocks away from the indoor rock climbing center where they met up, while she lived 80 blocks away.

As she made her way back home from the date from hell, she drained out murky yellow water that had filled her boots.

Things went further downhill when her train went past her stop, forcing her to walk home.

Cassidy proudly declared herself as the latter.

Margarita in hand, she snuggled up on her couch to recap the story to her TikTok followers, saying it was “where she wanted to be all night anyway,” and cautions viewers against going on a date in a “tornado slash hurricane."

In a follow-up video answering the many questions her first viral video invited, she explained that the hurricane caught her off guard.

She said: “When I left my apartment for the date it was barely raining.

"We didn’t even get a flash flood warning until I left.”

Many people asked if the guy would get a second date, to which she responded with an emphatic “Absolutely not, are you crazy?”

But don’t feel too bad, as Cassidy went on to say she had a great time the night before with a different man.

She said: “We (the first guy and her) haven’t spoken since the date, I don’t know if he’s seen the video (but I hope not)."

Cassidy’s NYC dating struggle seemed to have resonated with many, as she claimed some people Venmo'd her money and sent nice messages.

“They say dating in New York is hard but wow," commented one person on the clip.

“You have such a fun, positive kind of personality, especially during a hurricane!" 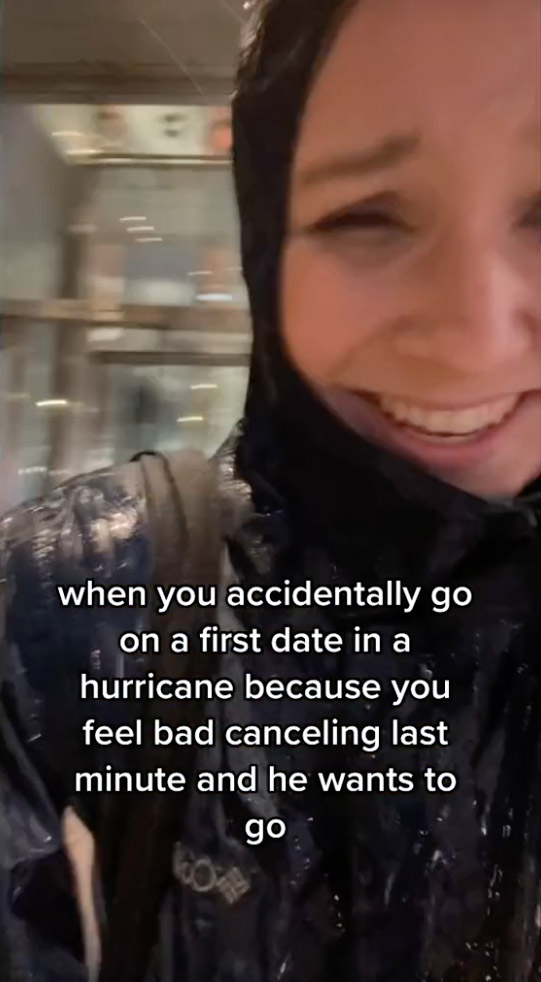 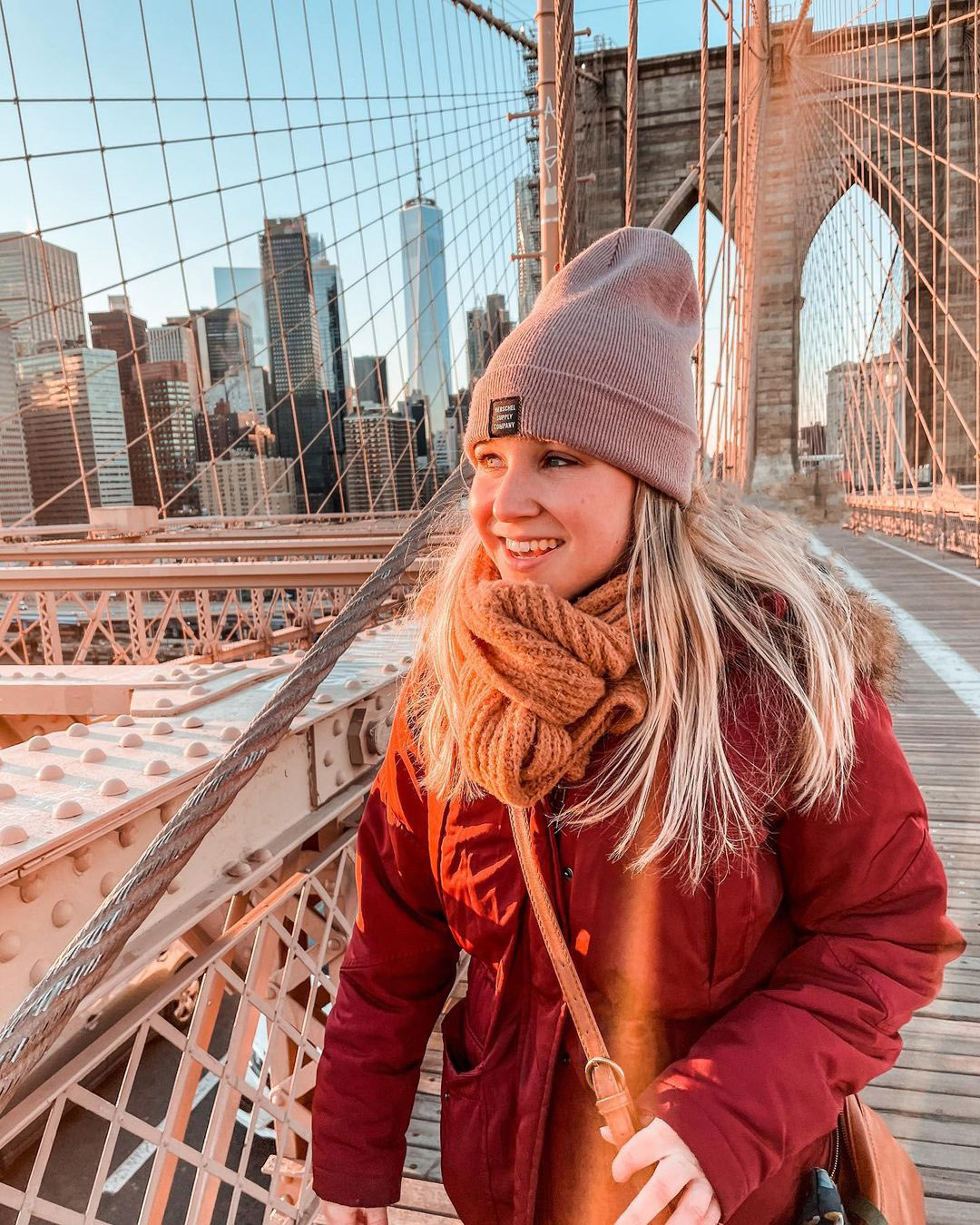