A SEASONED naturist told how he found the perfect cure for “pandemic stress” – jumping in muddy puddles as nature intended in his local woods.

Stripping down to his birthday suit, retail worker Chris Hood, 43, leapt through the soggy leaves with glee, as his photographer fiancée Ginny Jones, 41 – a fellow nudist – snapped his joyful antics for their album. 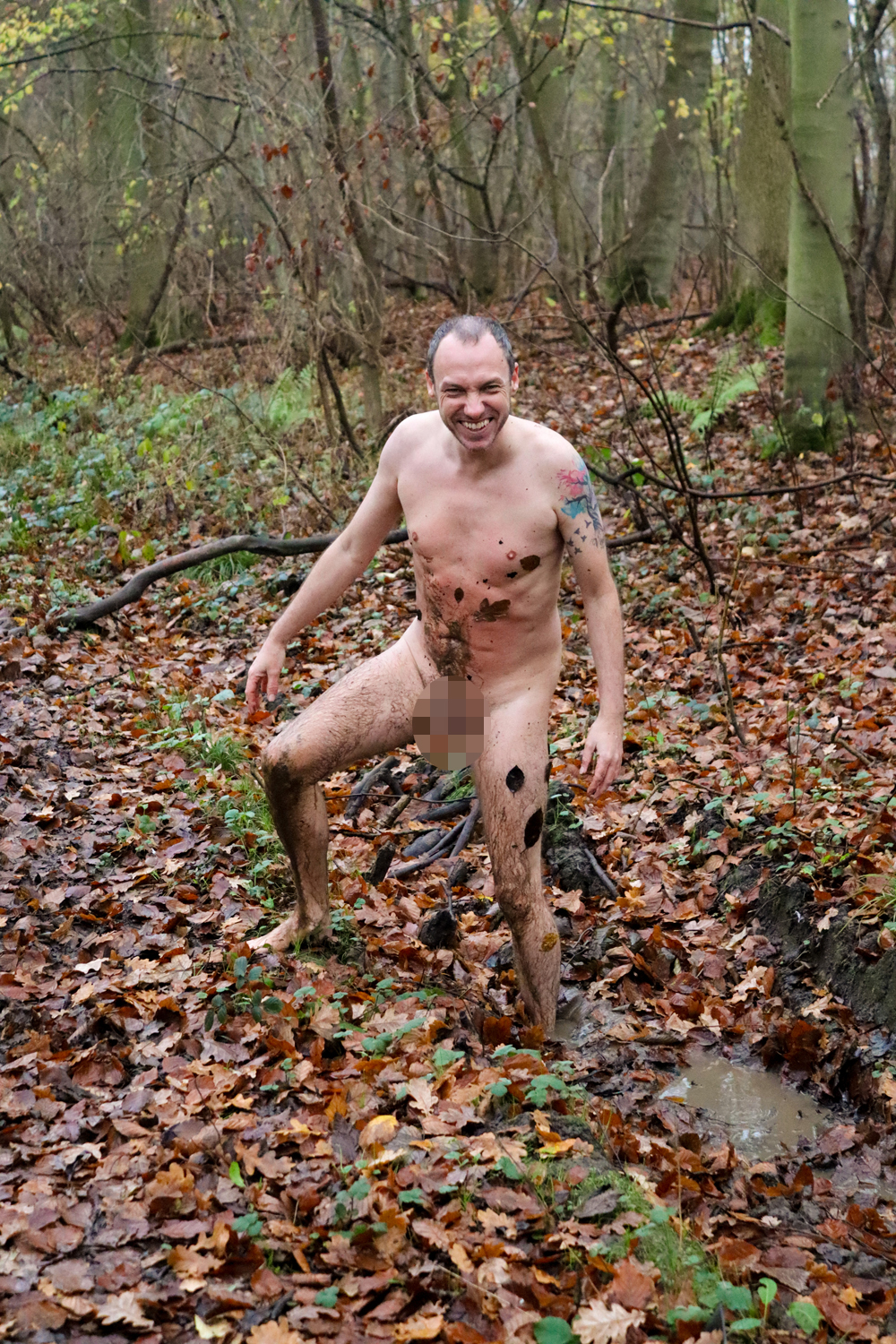 Letting it all hang out was the “best antidote ever” to pandemic anxiety, according to Chris, of Grimsby, north east Lincolnshire, who laughed: “It was really sloppy, muddy, wet and horrible.

“But immediately, I just took my shoes and socks off and was slopping in the mud with my bare feet.”

Covid-19 stress really hit home for Chris – who lives with Ginny, her son Ruben, six, and their daughter Violet, two – this summer when restrictions eased off and more people began buying from the shop where he worked.

Increasingly nervous in the crowded environment, instead of being his usual jolly self, he started experiencing mood swings and even had panic attacks. 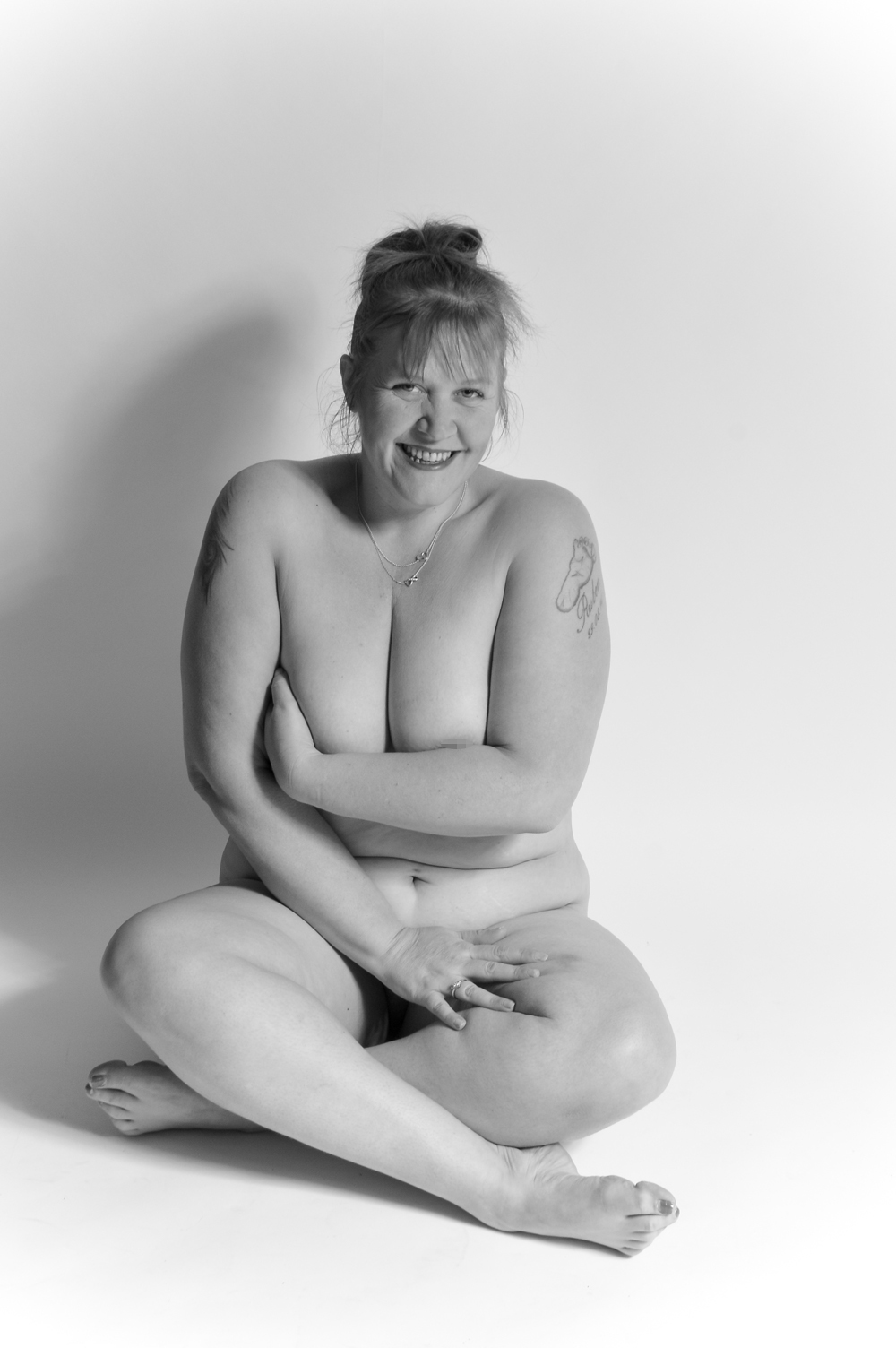 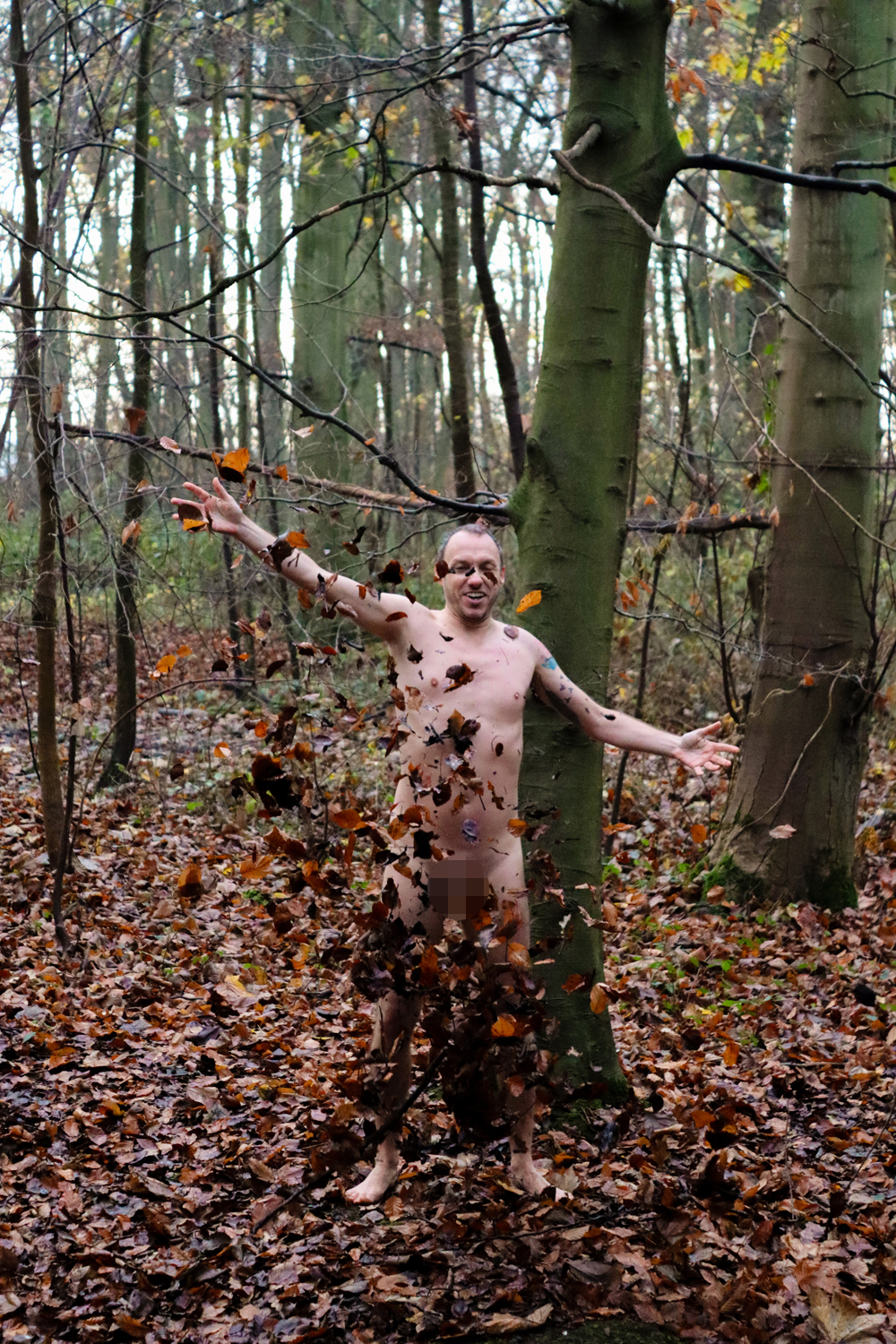 So, deciding to make the most of nature on a day off in November, he went one step further by stripping off and jumping for joy completely naked in the mud, as Ginny caught his antics on film for posterity, .

He said: “The feeling of getting mud between my toes was just escapism and a complete relief.”

For Ginny and Chris, the pandemic followed hot on the heels of them launching a new business, Ginny’s Photography, in early 2020.

They joined forces to open a studio in Grimsby, as Ginny’s work had been going so well, only for them to have to shut up shop three weeks after their big launch, when the first UK lockdown began in March.

But for Chris, it was the easing of restrictions that caused the greatest anxiety, as his customer services job, which had been cut back to his minimum contracted hours, stepped up as it became busier. 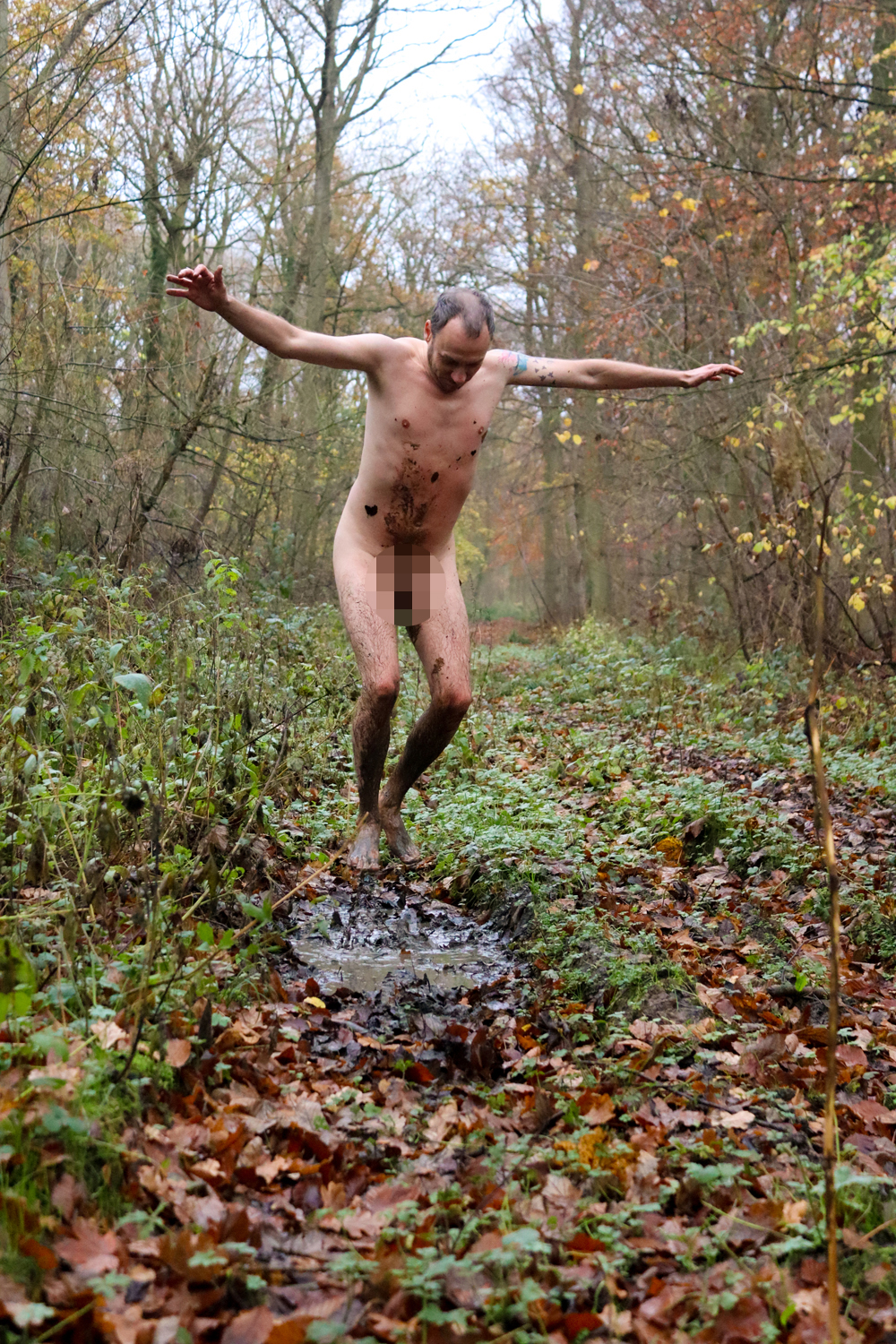 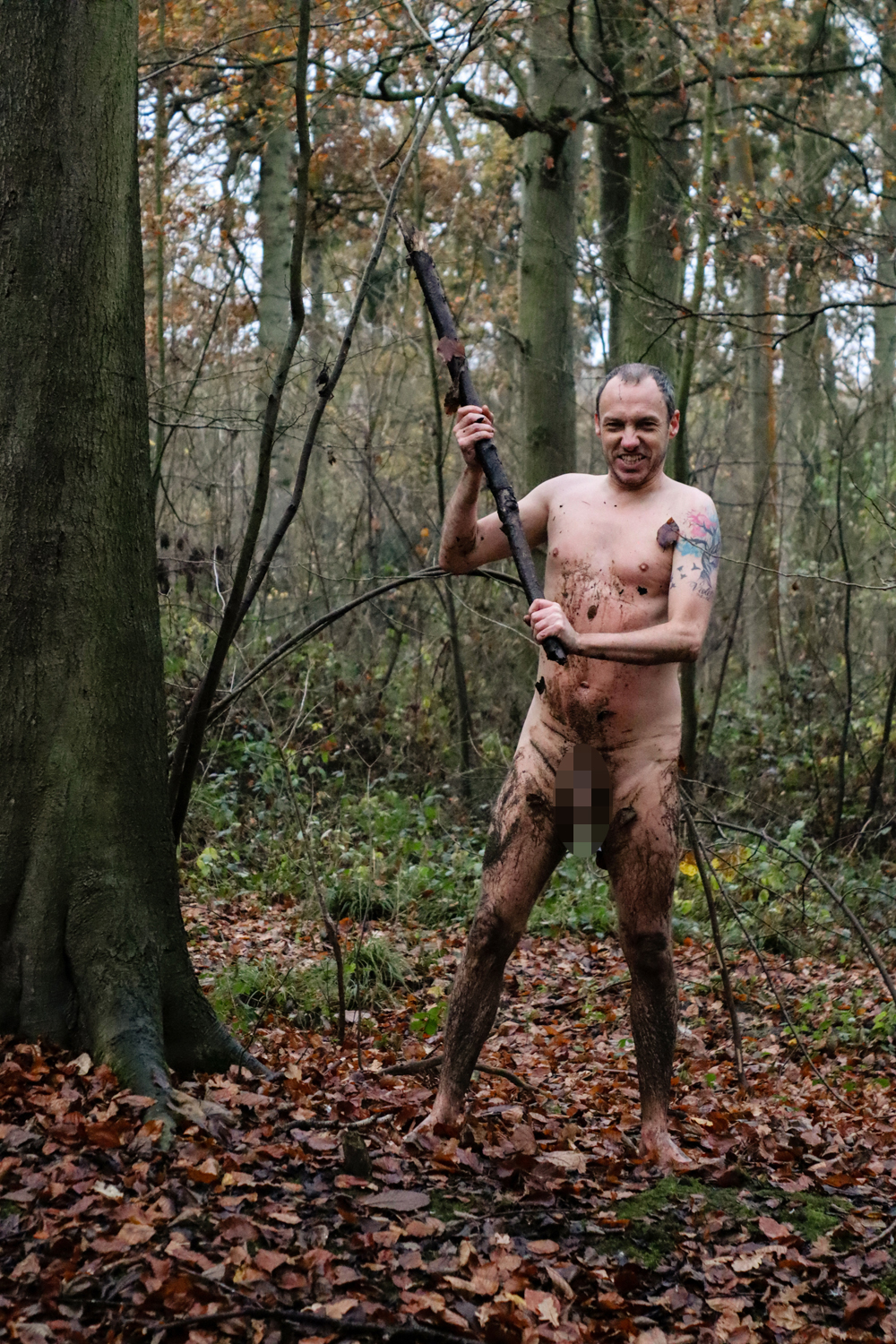 “For me, it was coming out of lockdown when it got really bad,” he explained.

“I’ve got a job in customer services, so I was face-to-face with people.

“After being in lockdown and not seeing anyone, to go into a really busy workplace where I had to wear a full-face visor and mask was a shock.

“I’d got used to putting up all these barriers between myself and other people.

“Then, suddenly, I was surrounded by people all the time and the anxiety really hit home.

“Mood swings and anxiety are not something I’ve ever struggled with before, so it was awful.” 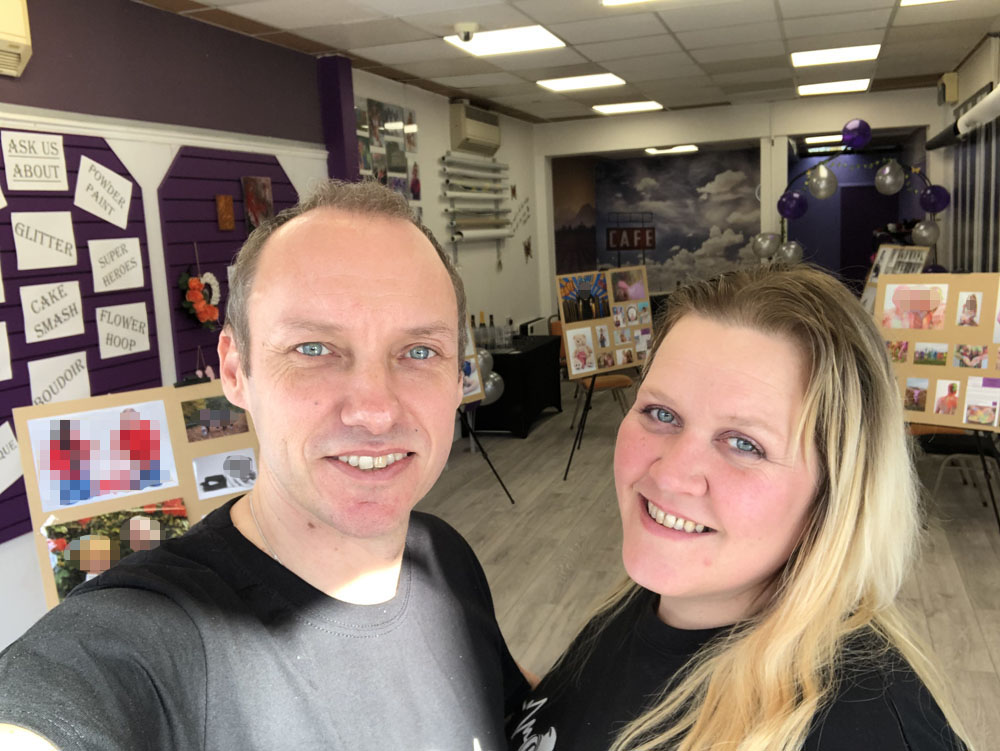 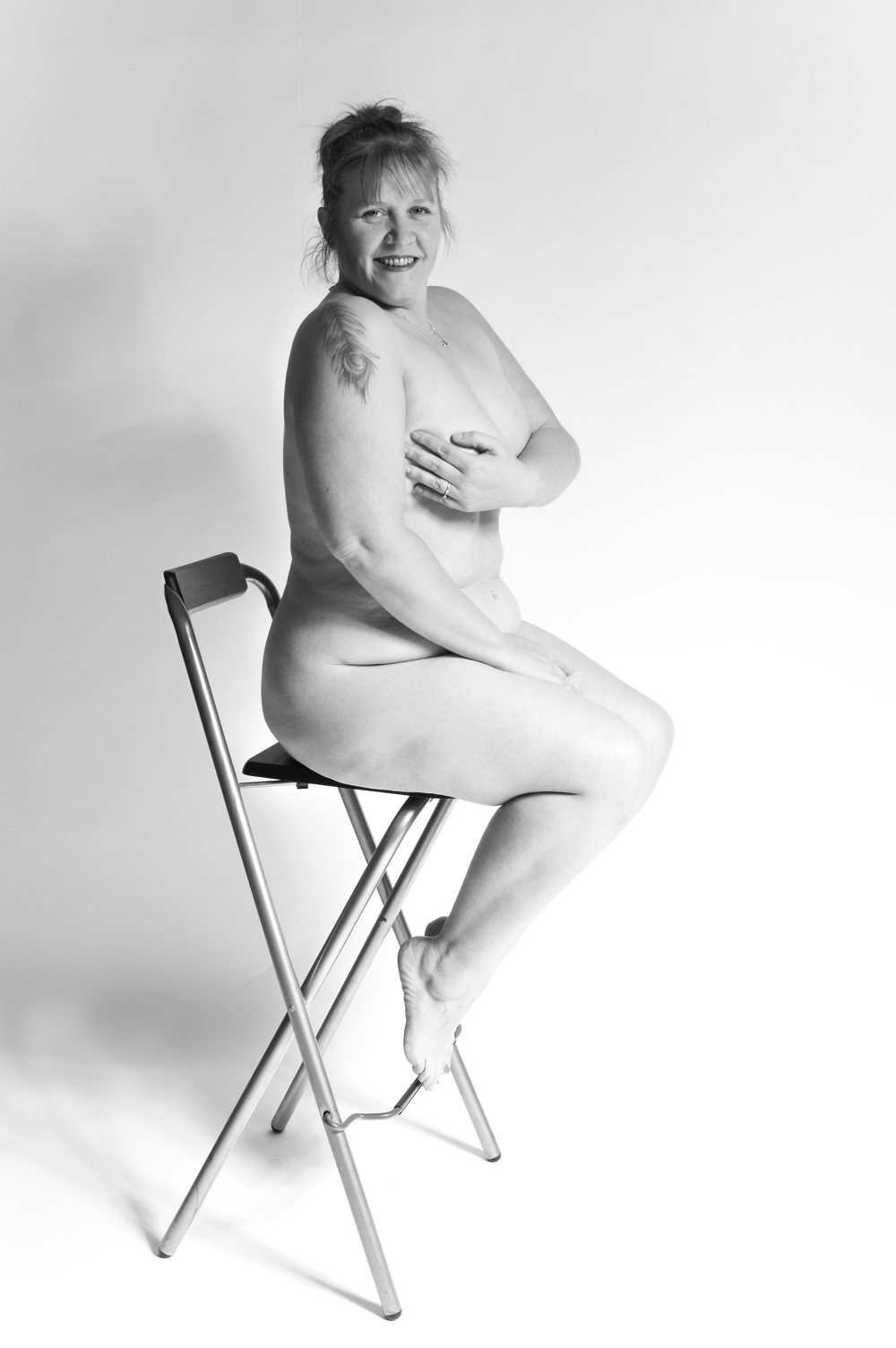 Knowing how much naturist weekends – free from the shackles of clothing – helped him to feel alive, one day when Chris and Ginny headed out to a local wood, hoping for some relief from the seasonal gloom, when they found it deserted, he decided to strip off.

Chris said: “We were feeling cooped up and our heads were in a mess.

“We just needed to go out and do something different.

“It was a freezing cold morning, but the sun was shining, so we got in the car to go for a drive.

“We found some really nice woods and it was a spur of the moment thing, realising I could pose naked in the mud.” 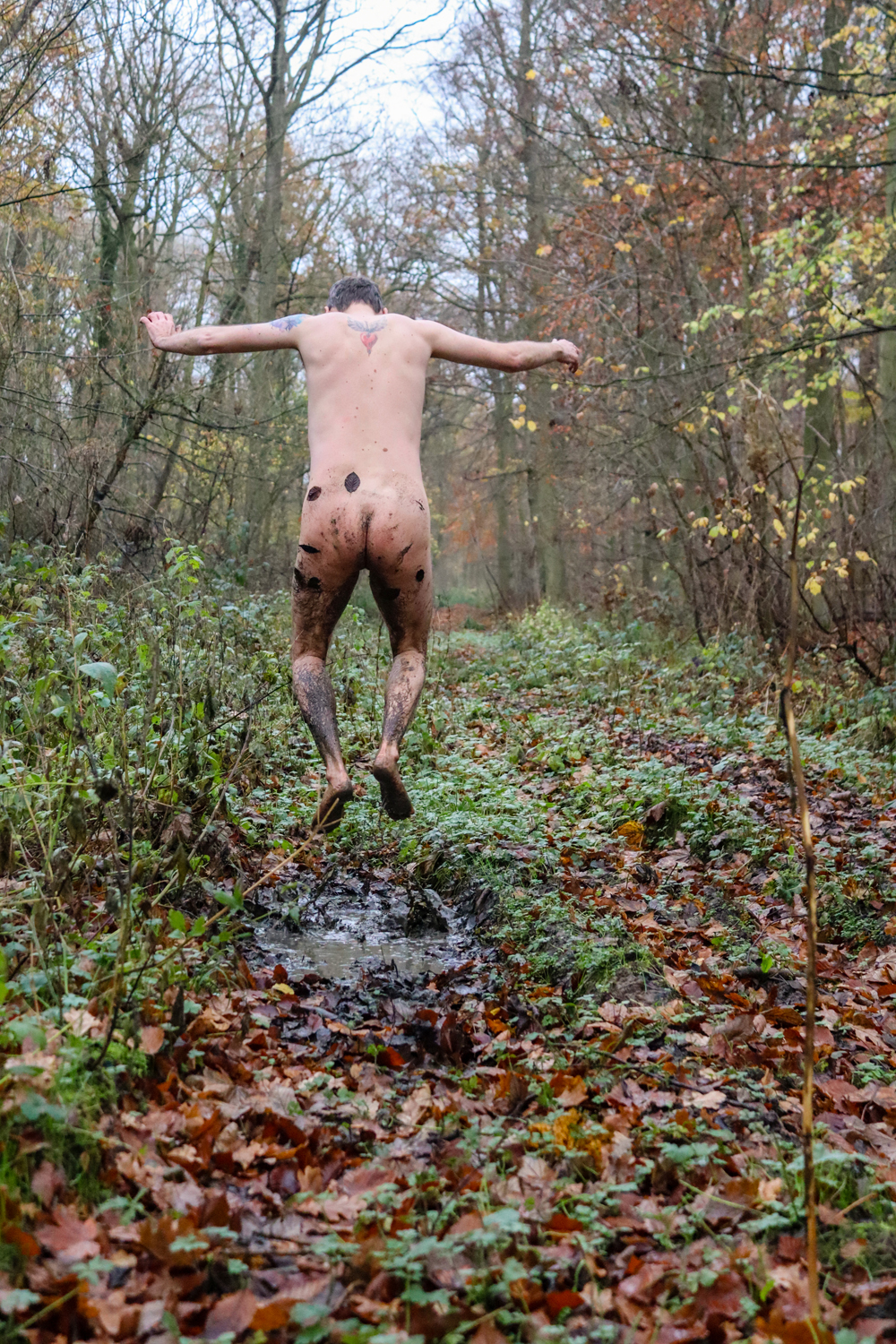 Being spontaneous – despite the freezing weather – gave them both the buzz they were after.

“Normally, you want to avoid the mud and the puddles because you don’t want to ruin your clothes,” he said.

“But I just threw everything off, ran and jumped.

“It was total freedom and a huge adrenaline rush. I was not thinking about anything else.

“Usually, at this point, there were so many things whizzing though our heads. But for that moment, we were in the woods having a laugh, just the two of us.

“It was about completely getting away from everything and clearing our heads.”

Naturism is the act of going naked in designated areas, either individually or within a social circle.

Many naturists are members of specialised venues or events, where nudity is optional or expected.

For many, being a naturist is a way of life and centres around respect for oneself, others and nature, as well as just taking off your clothes.

There are a series of ideals that have formed within naturist groups:

While Ginny is normally game for a naturist get together, she was happy to snap some pictures of Chris in the altogether, but she kept her own clothes firmly on.

She said: “It was freezing cold and I wasn’t feeling as brave as he was.

“I was fully dressed and wrapped up in a hat, scarf and coat – there was no chance I was taking my clothes off.

“But it was so nice to see him enjoying himself again, after he’d had a couple of panic attacks.

“It was amazing to see him let go of everything – he’d just gone back to being a kid and enjoying himself.” 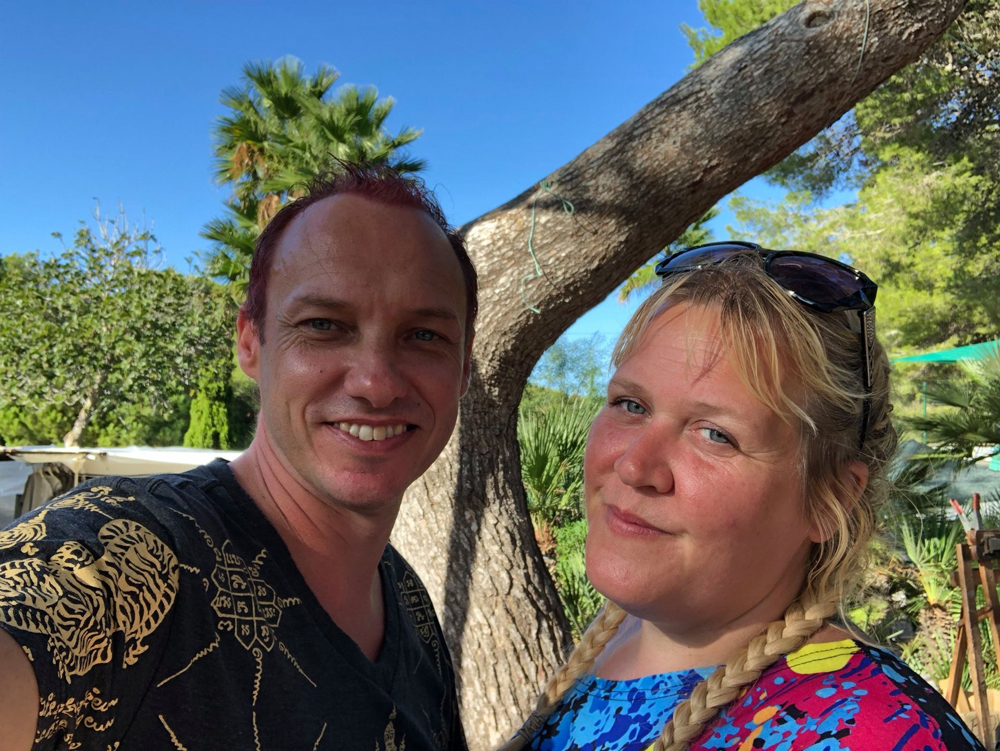 Naturism has always been a tonic for Chris, who first stripped off on family holidays as a teenager in the Canary Islands, in Spain.

He said: “Initially, it was just on holidays in the sun, on the beach or in the sea.

“It just came naturally in that environment.”

But, as he grew older, he found nudity a great confidence booster.

“I’d always been on the small side and was bullied at school, which gave me a sense of not being good enough,” he said.

“Naturism gave me confidence, as once you’ve got your clothes off there’s no status, there’s no difference.

“Everyone is the same and it’s very equalising.”

Getting together with Ginny, in 2016, who he had known since the two were teenagers at college together, Chris told her he was interested in naturism.

IS NATURISM THE SAME AS NUDISM?

Although the term is often used interchangeably, especially in the US, there is a subtle different between the two terms in the UK.

Nudism is the act of being naked and enjoying your own skin.

Naturism goes further and for many is a lifestyle involving self-respect, vegetarianism, non-smoking, yoga, teetotalism, pacifism and respect for the environment. 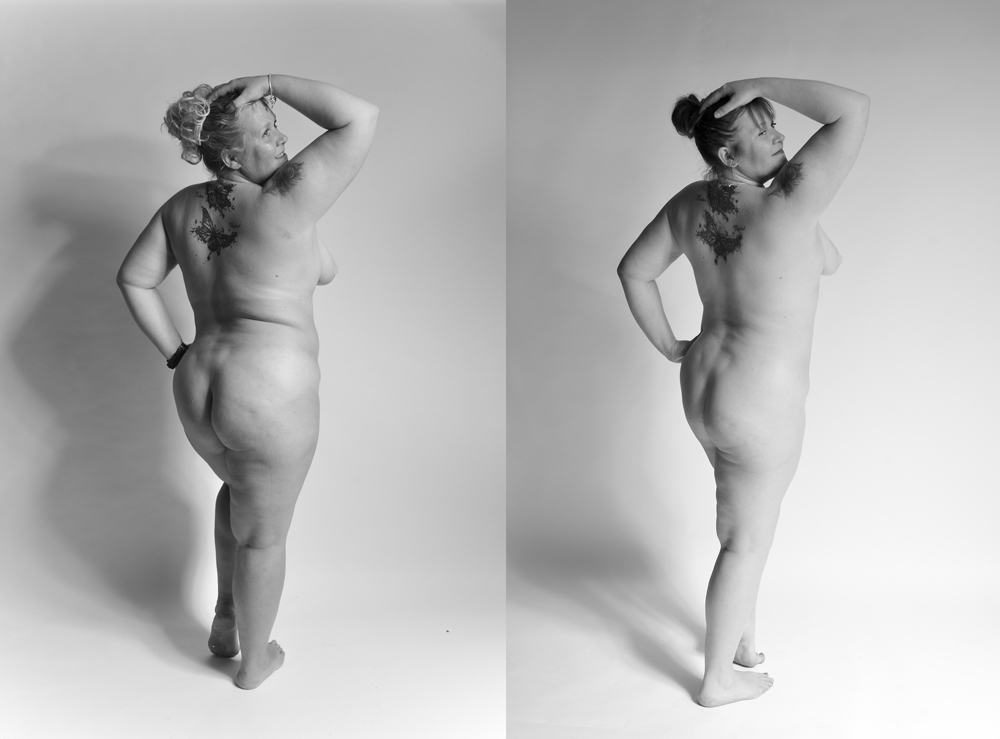 Sceptical at first, Ginny said: “Initially, I was shocked and thought I could never picture myself doing anything like that.”

But after doing some research, she took the plunge and booked a couple’s night at a naturism event at a Yorkshire spa.

“I didn’t tell Chris about it until it was booked and paid for so I couldn’t chicken out,” she said.

“On the drive there I was absolutely petrified and didn’t know if I could go through with it.”

But she soon found herself happily sharing gender neutral changing rooms, a sauna and spa and even enjoying drinks with other couples – completely naked.

She said: “To them, it was second nature and they didn’t give it a thought.

“After sitting there for about five minutes, Chris asked if I was ok, but I had a big smile on my face and said, ‘You know what, I’m absolutely fine’- and I was.

“We went to the sauna and jacuzzi and spoke to some people who knew it was my first time there. It was a really good night.” 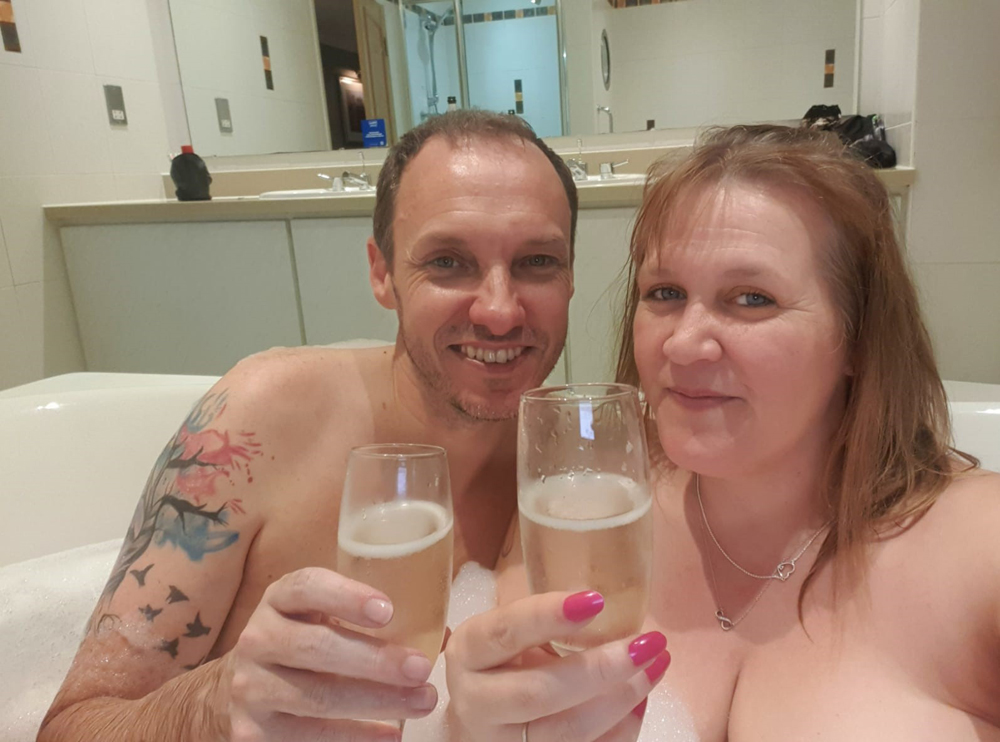 After that, naturism became a shared interest and they found naked beaches on holiday, as well as taking part in nude swims in the UK.

Ginny, who also struggled with confidence, and who went up from a size 18 to a size 20 during the first lockdown, says the naturist community taught her acceptance.

She said: “I always had issues at school, as I was bigger and was bullied for my size.

“But once you take your clothes off everybody’s the same.

“We’ve all got the same bits and pieces. We’re just different sizes and shapes.

Like Chris, when Ginny realised pandemic stress was getting to her – in her case triggering comfort eating – she decided to do something about it. 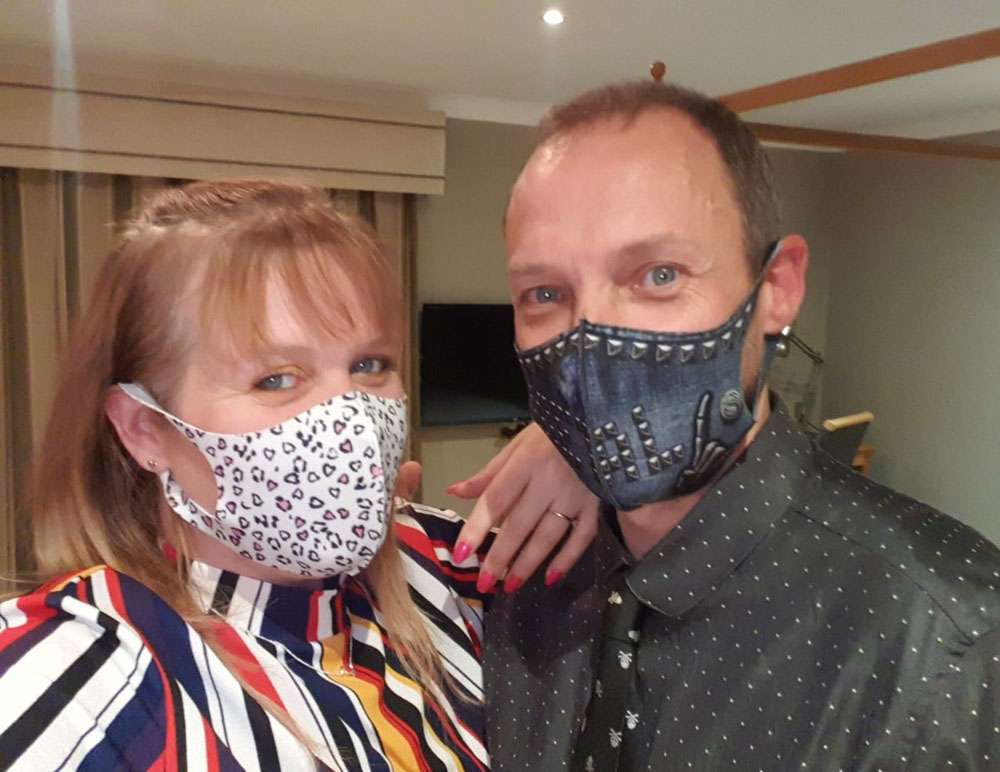 “I could just feel myself getting more and more depressed and turned to food, which is what I always do when I’m upset,” she said.

“I piled the weight on, gaining a few stone, and realised that I was unhappy and needed to do something.”

Her antidote was dance-based exercise classes, Burlexercise – incorporating burlesque style dance moves with exercise routines – which she could do in her photographic studio.

Training as a teacher, she now delivers online classes to a group of women and loves giving others the confidence to get active.

Naturism gave me confidence, as once you’ve got your clothes off there’s no status, there’s no difference.

She said: “I decided that now is the time. If I was ever going to do something to improve my mental health and my weight, it would be in lockdown, because I had the time to train.

“I love the group classes that I do because they appeal to women who lack confidence.

“They don’t like the gym because they feel stared at and they don’t like being surrounded by normal-size people when they’re on the bigger side.

“My online classes have just eight women of all shapes and sizes and people have found real friends through them.

“In that one-hour class, people can forget their problems.” 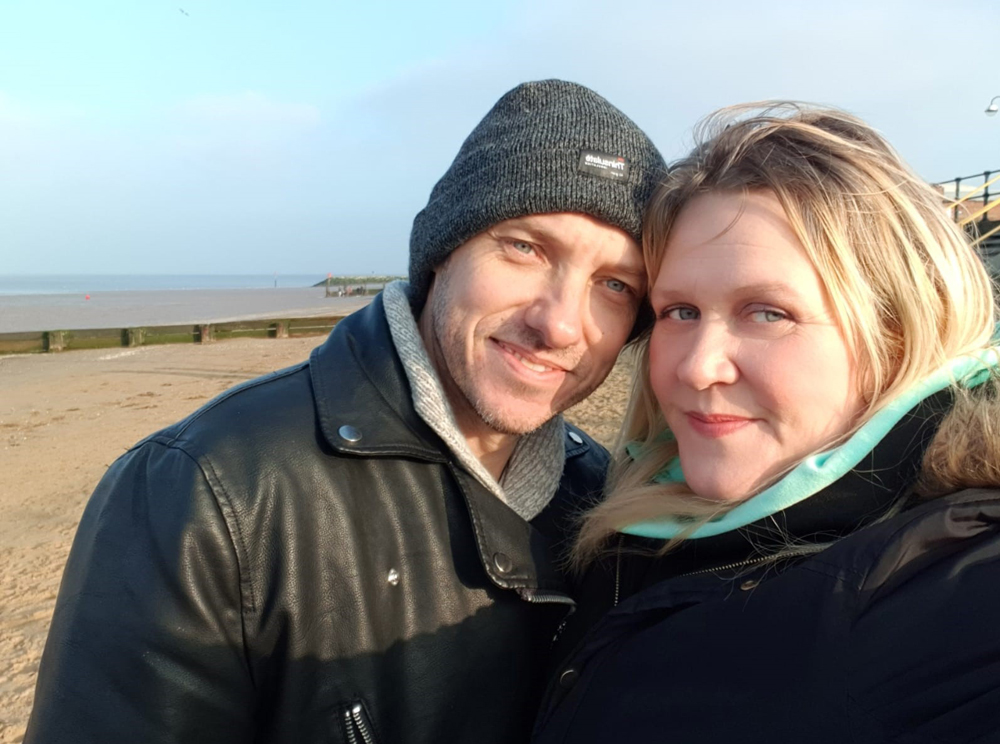 The fringe benefit for Ginny has been slimming down in six months from a size 20 to a size 14-16 and losing almost three stone.

And, of course, she has done her own sexy naked burlesque-style photoshoot.

“My aim is to get another stone off and be down to a true size 14 which I feel now is very doable,” she said.

“I have a much better relationship with food now.”

She has even used her own naked photoshoot to promote a ‘positive portraits’ package, which they are offering to customers of their photo studio, as the couple believe in promoting natural bodies in photography.

“Last year wasn’t a great year to start a business, but we’re plodding on and trying to make it work and we are using the studio for fitness as well,” Ginny said.

“We do boudoir shoots and we have a positive portraits package.

“It’s about learning to love the skin you’re in.” 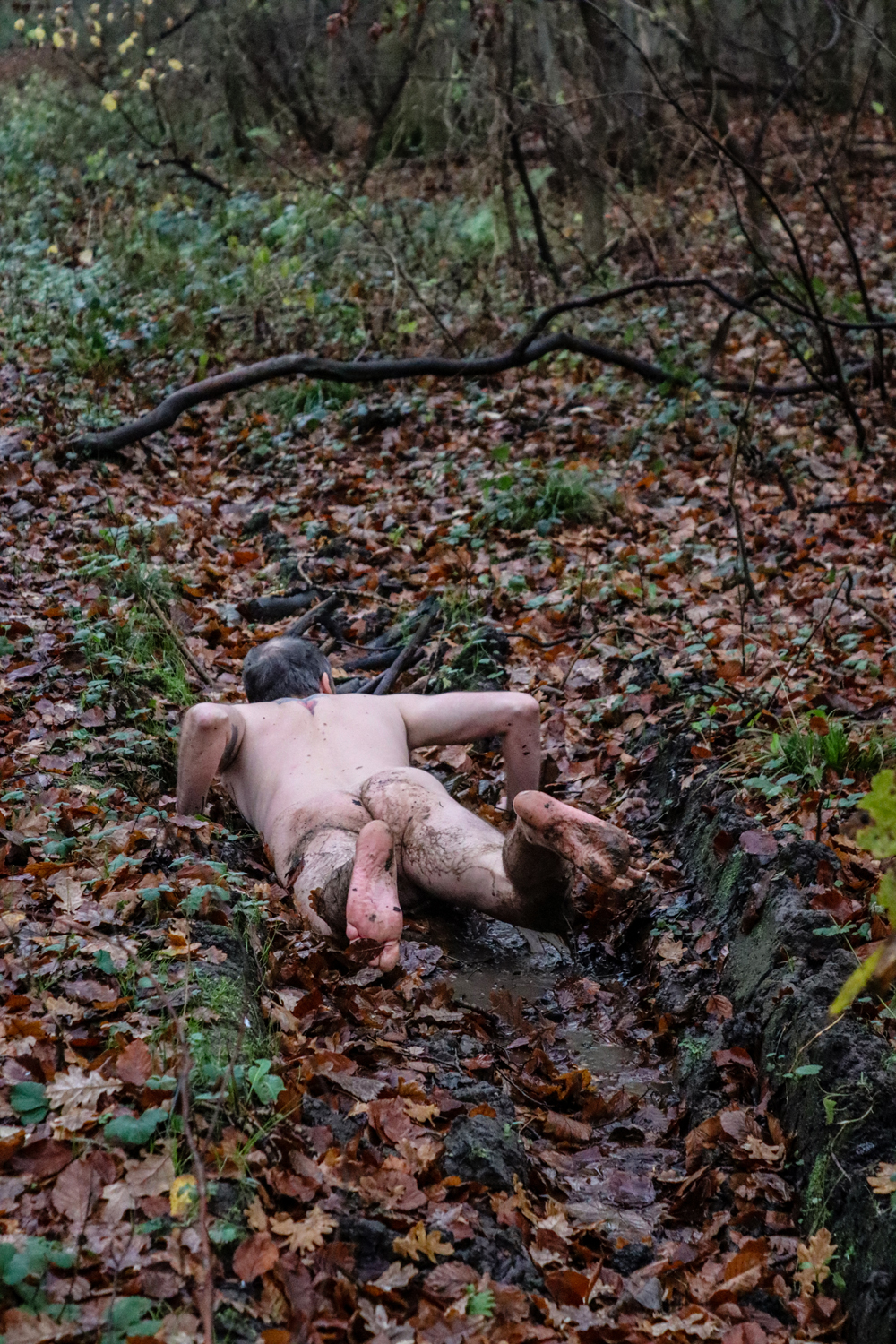 While the couple love naturism and are keen to promote it as a positive and confidence boosting pastime, insisting it is not sexually motivated, they will not be stripping off when they tie the knot in a Grimsby church in October this year.

Ginny said: “We are planning a traditional, autumnal-themed wedding, with rustic colours and Halloween-inspired pumpkins and black lace tablecloths.

“I won’t be getting naked – I’ve got a gorgeous wedding dress to wear!”

And while they will be going for a conventional wedding photography package, they are keen to photograph more naturist events themselves when pandemic restrictions lift.

Ginny said: “We can’t wait to get back to doing more naturist photography events next year.

” We both love naturism, it’s not sexual, it’s just liberating.

“And Chris’ naked shoot in the mud was a fabulous tonic at a very difficult time.”

We shared how a couple always celebrate Christmas NAKED – there’s nothing like opening presents and cooking a festive dinner in the buff.

Meanwhile, a naturist couple can now garden while naked after selling up and moving from Kent to Lincolnshire.

And scientists at Goldsmiths, University of London found the longer a person spent naked the better they felt about themselves, their body and their lives. 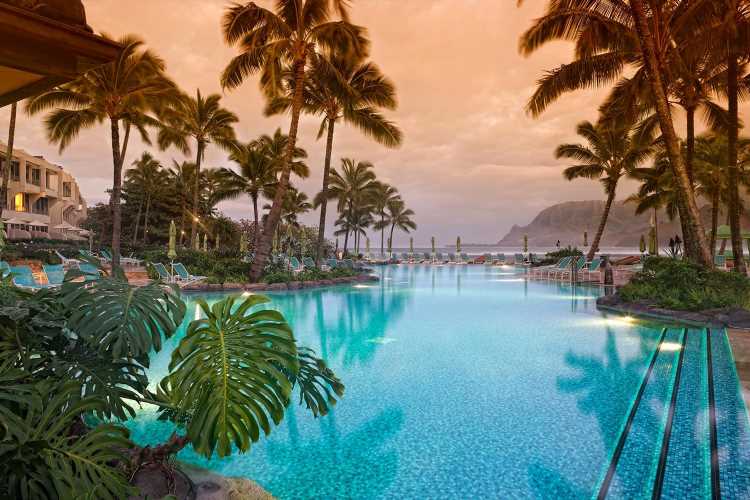 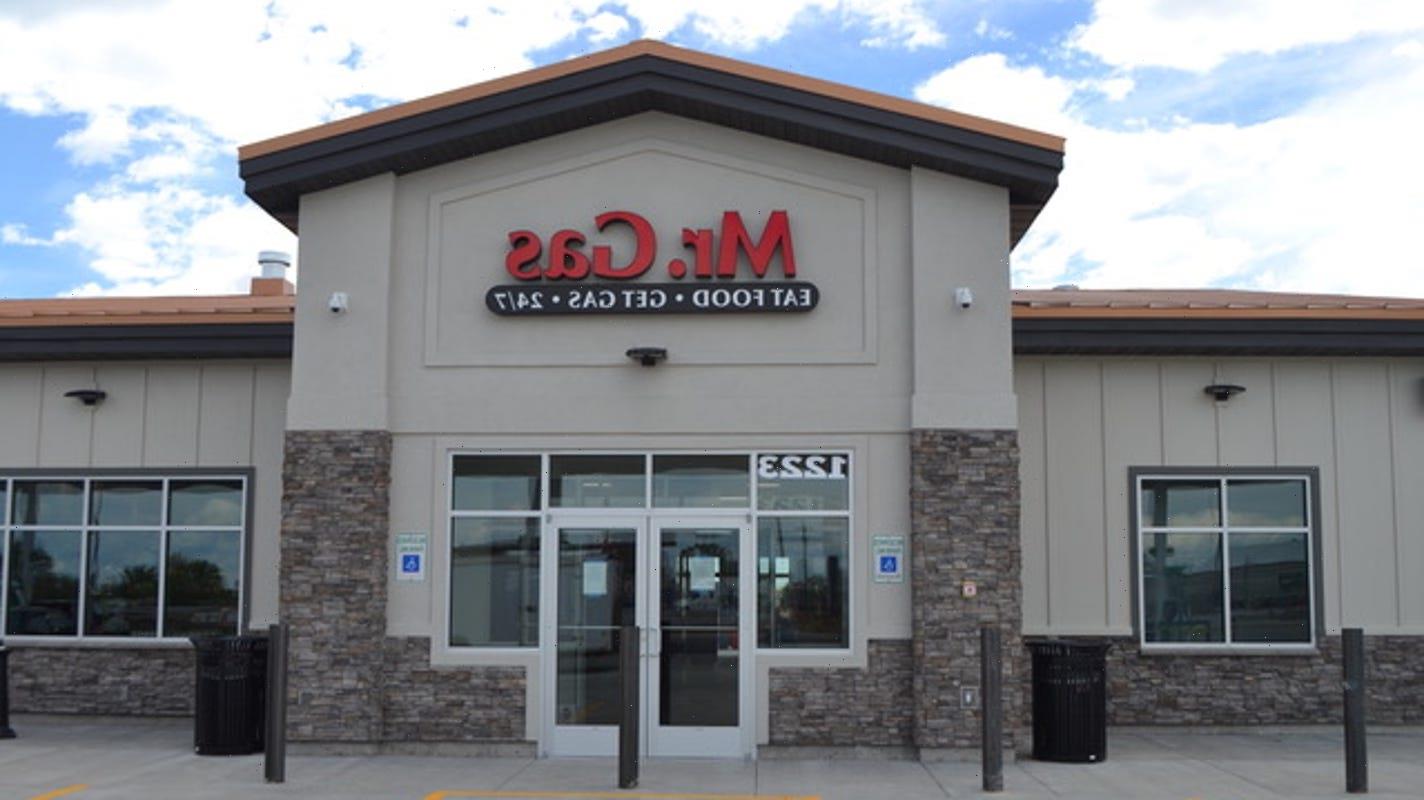 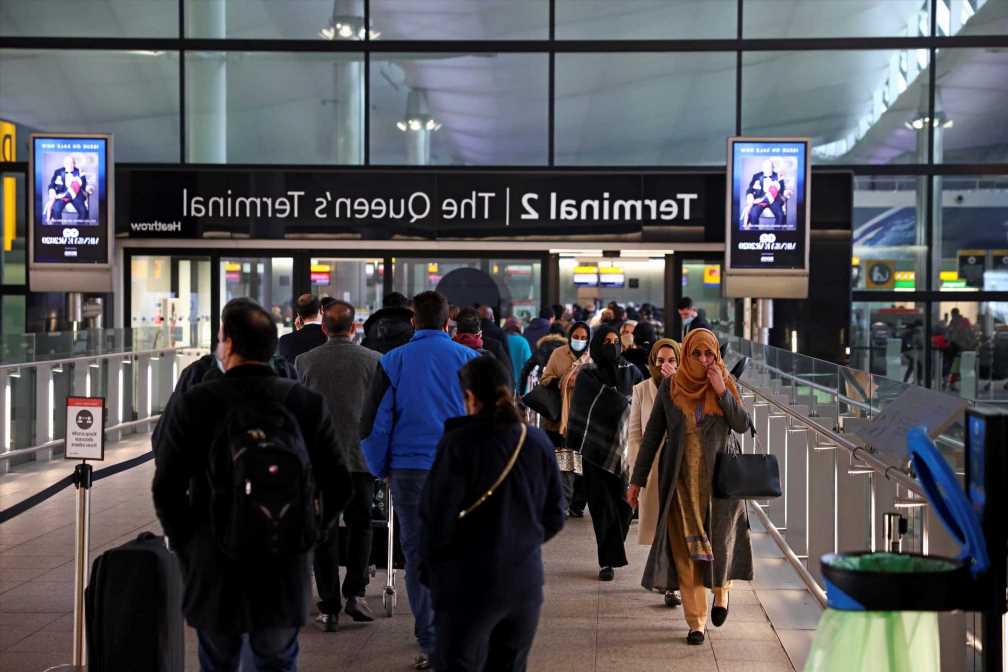 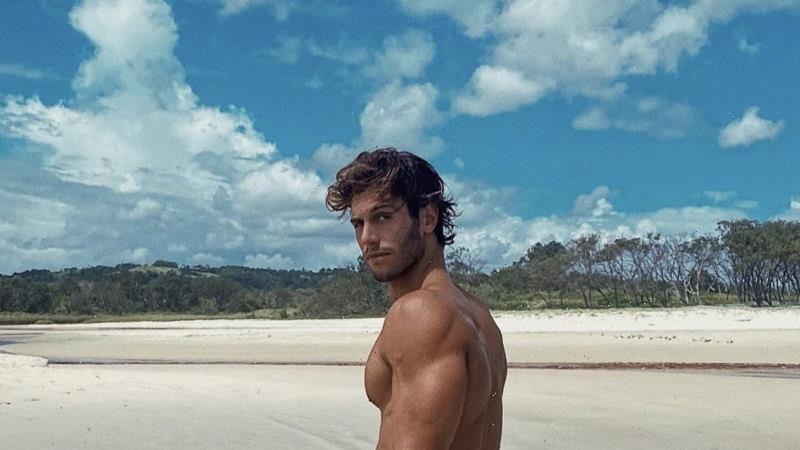 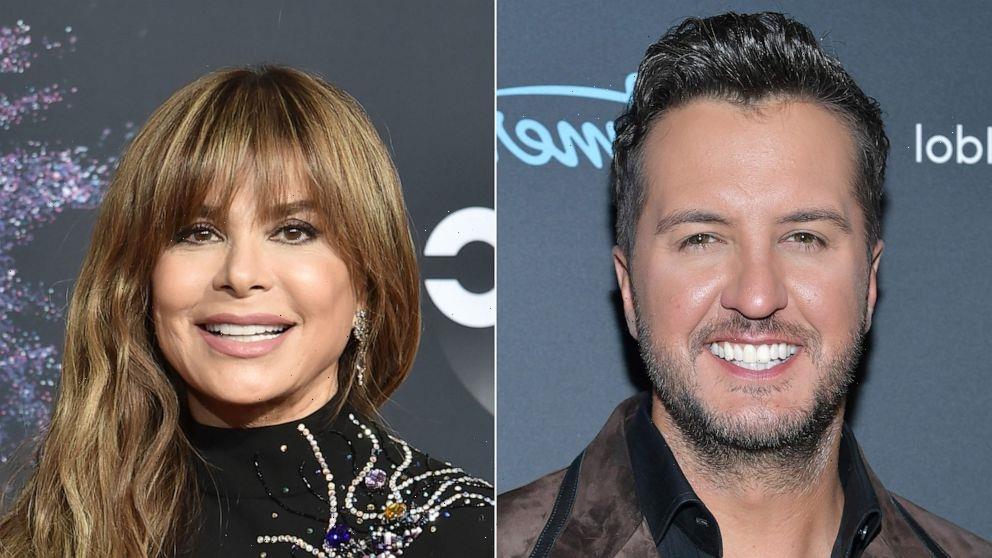 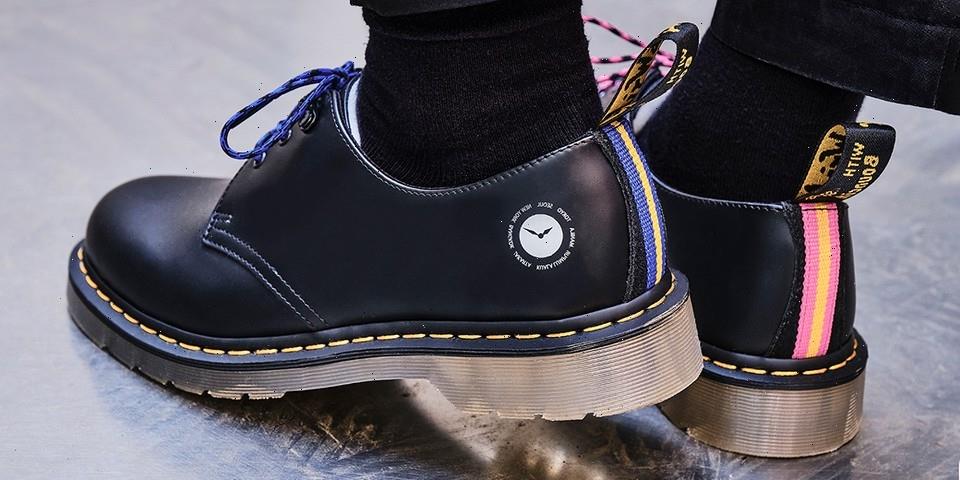 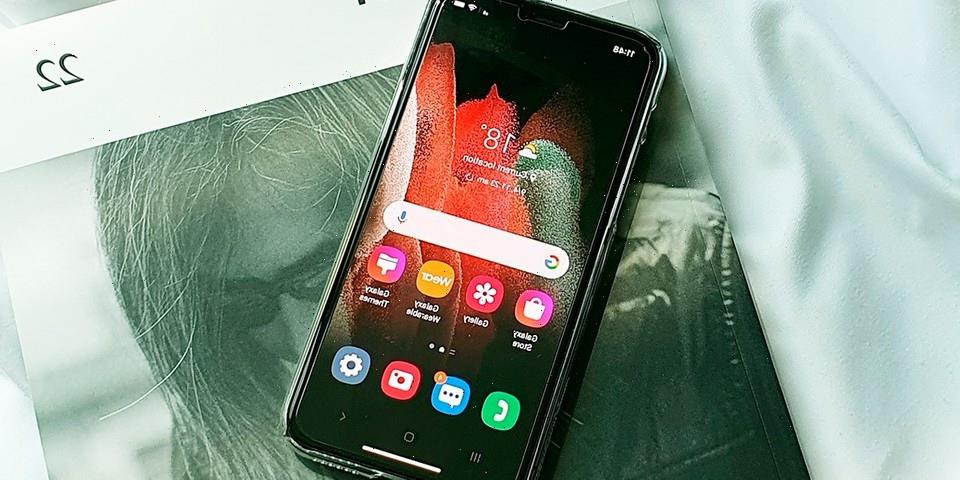 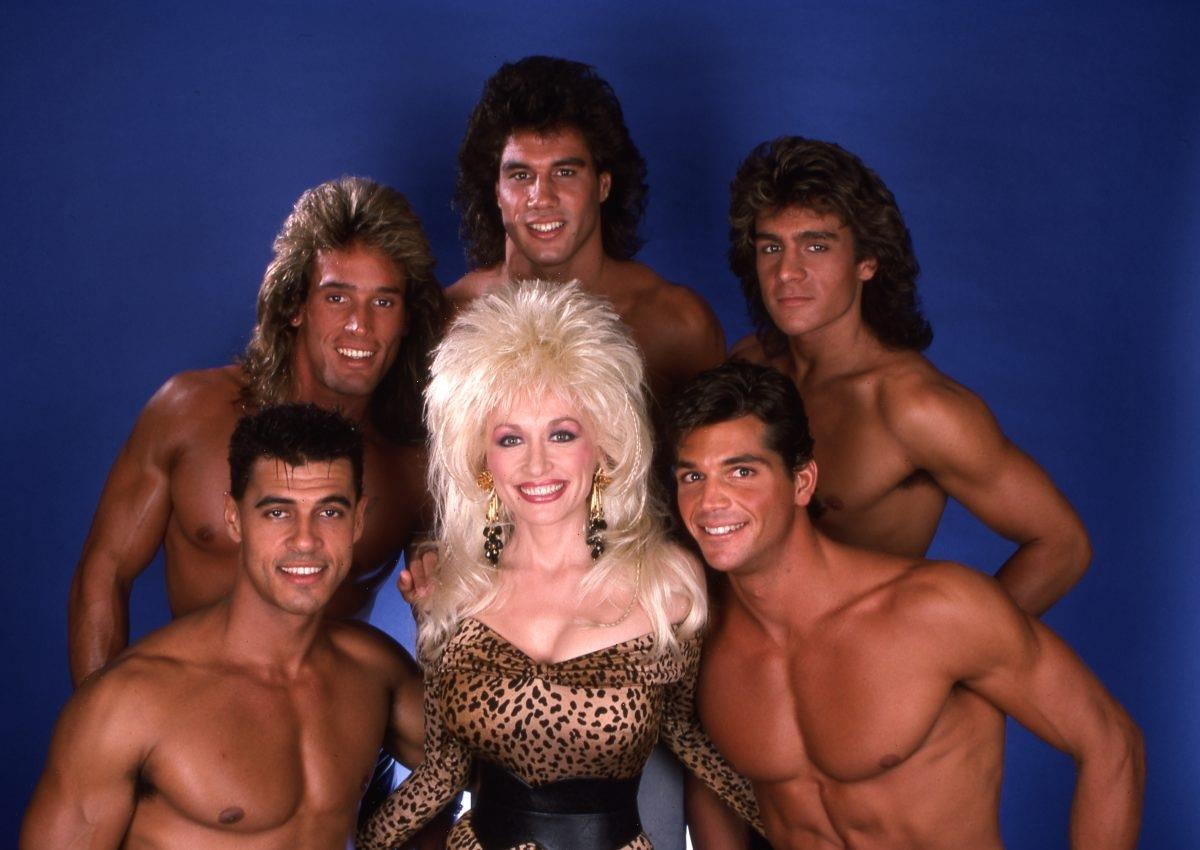 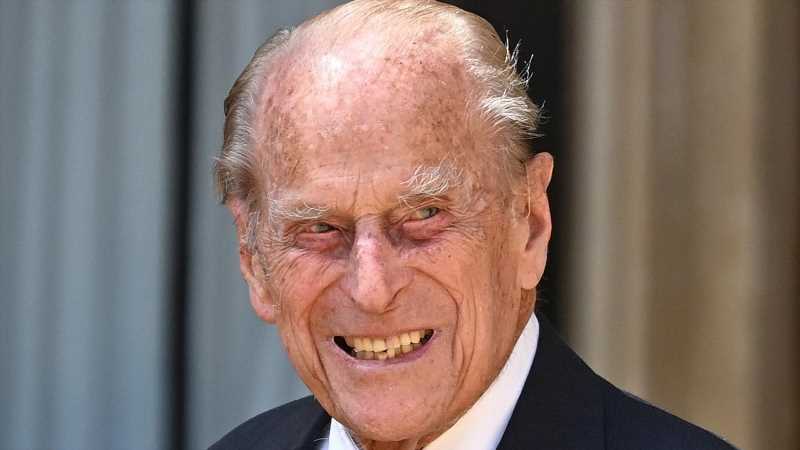 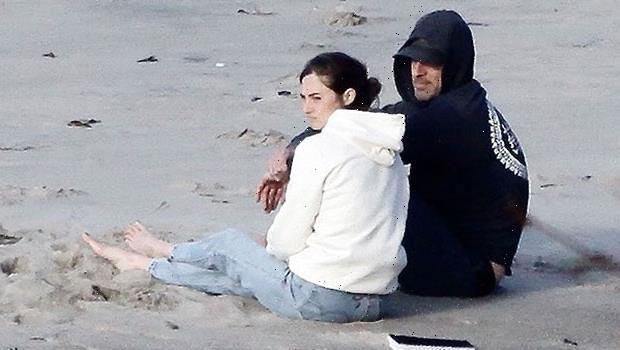