A BRAVE woman has told how she was raped TWICE by her childhood pal and colleague.

Sophie*, 23, just thought Justin Finnerty, 22, was being kind when he let her stay over at his house after a work night out. 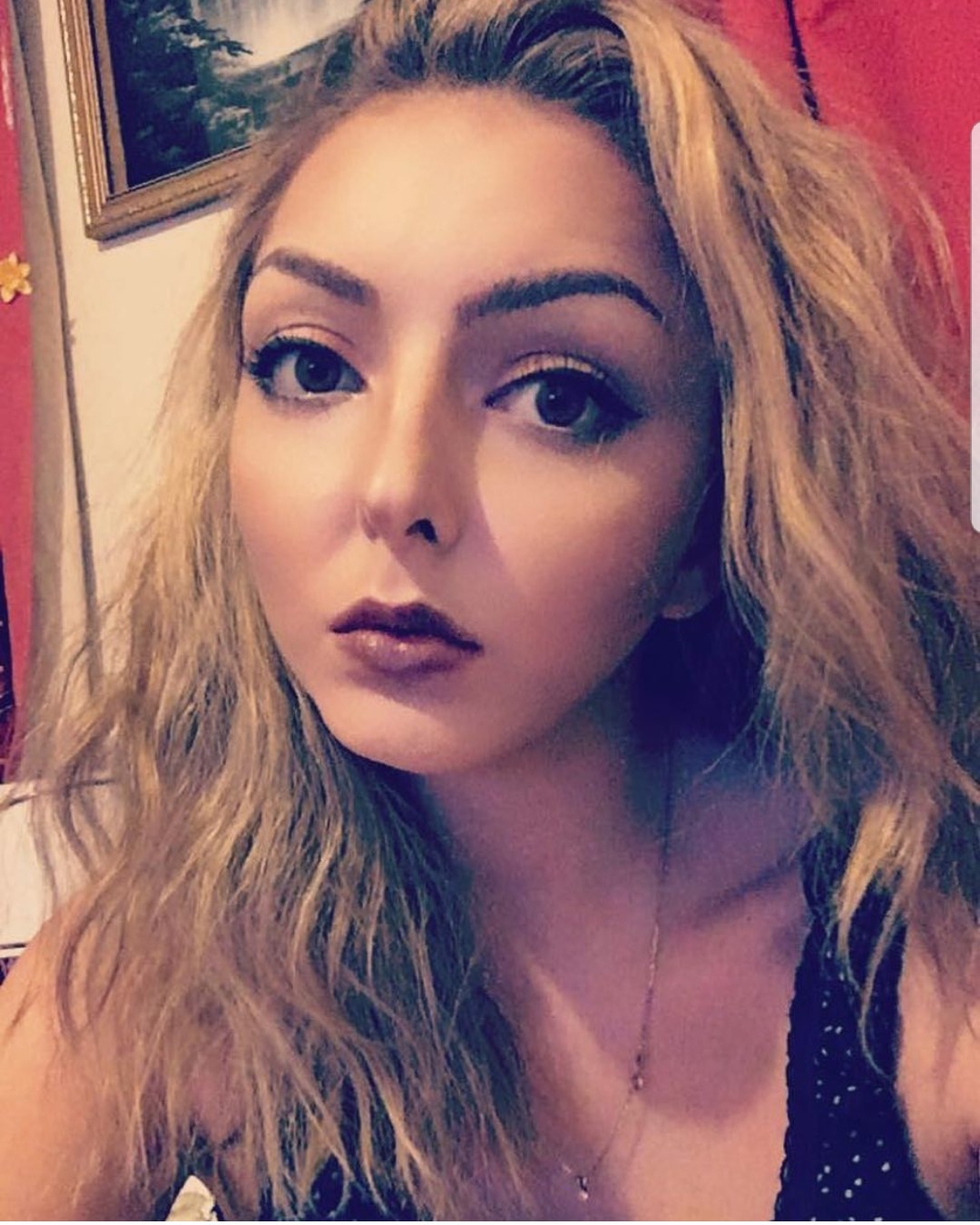 But, as she lay on his sofa, he crept over and sexually assaulted her… then came back and did it again.

Meanwhile, Finnerty's girlfriend slept peacefully upstairs, not knowing about the horror unfolding just feet from her. The next day Finnerty proposed to her.

Here, Sophie has shared her shocking story in an exclusive interview with Fabulous Digital…

I had recently landed myself a job as a customer assistant at a supermarket, and it was my first night out with my new workmates. 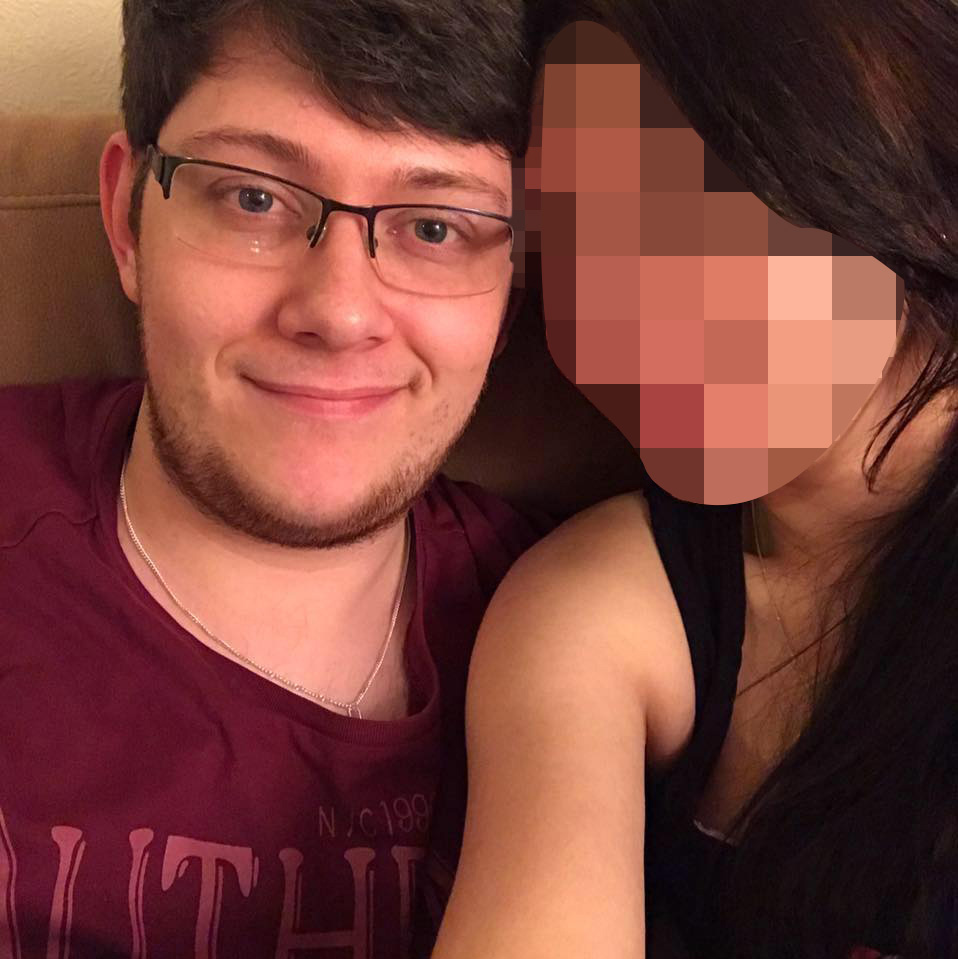 I wanted to make a good impression, so I’d opted for a pretty floral dress. To match, I’d put on my favourite shoes – a pair of white Converse trainers.

One of my colleagues was called Justin who I'd known since primary school. I’d been in the year above him, and we’d been friends right through to senior school.

Justin knew I’d struggle to get home after the night out and kindly offered to put me up. He lived with his girlfriend and assured me that she wouldn’t mind.

It was a gorgeous summer’s evening, so we decided to sit on a long table outside. As the night wore on, Justin plied me with drinks.

Soon after, one of the group suggested everybody go back to theirs.

But just then, Justin handed me another drink. "I don’t want any more, but thank you," I said. "Drink it," he ordered, staring right at me.

You can’t stay in your clothes, you won’t be comfy, he insisted. Then, with one swift movement, he pulled my dress over my head

Feeling rude, I quickly knocked it back before we followed the rest of the group. As we walked my head began to spin, and my skin felt hot and prickly.

"I feel really sick," I mumbled, slurring my words. "It’s OK, I’ll look after you," Justin's  girlfriend said as we walked to the party.

At the house, I slumped on the sofa. I could hear my colleagues partying, but I couldn’t move. I felt like I was drifting out of consciousness.

When the time came for us to leave, I could barely stand. Justin's girlfriend supported me the whole way to their house. She even held my hair back when I threw up.

Justin had laid out pyjamas, blankets and pillows on his sofa for me, and I was touched by the gesture. 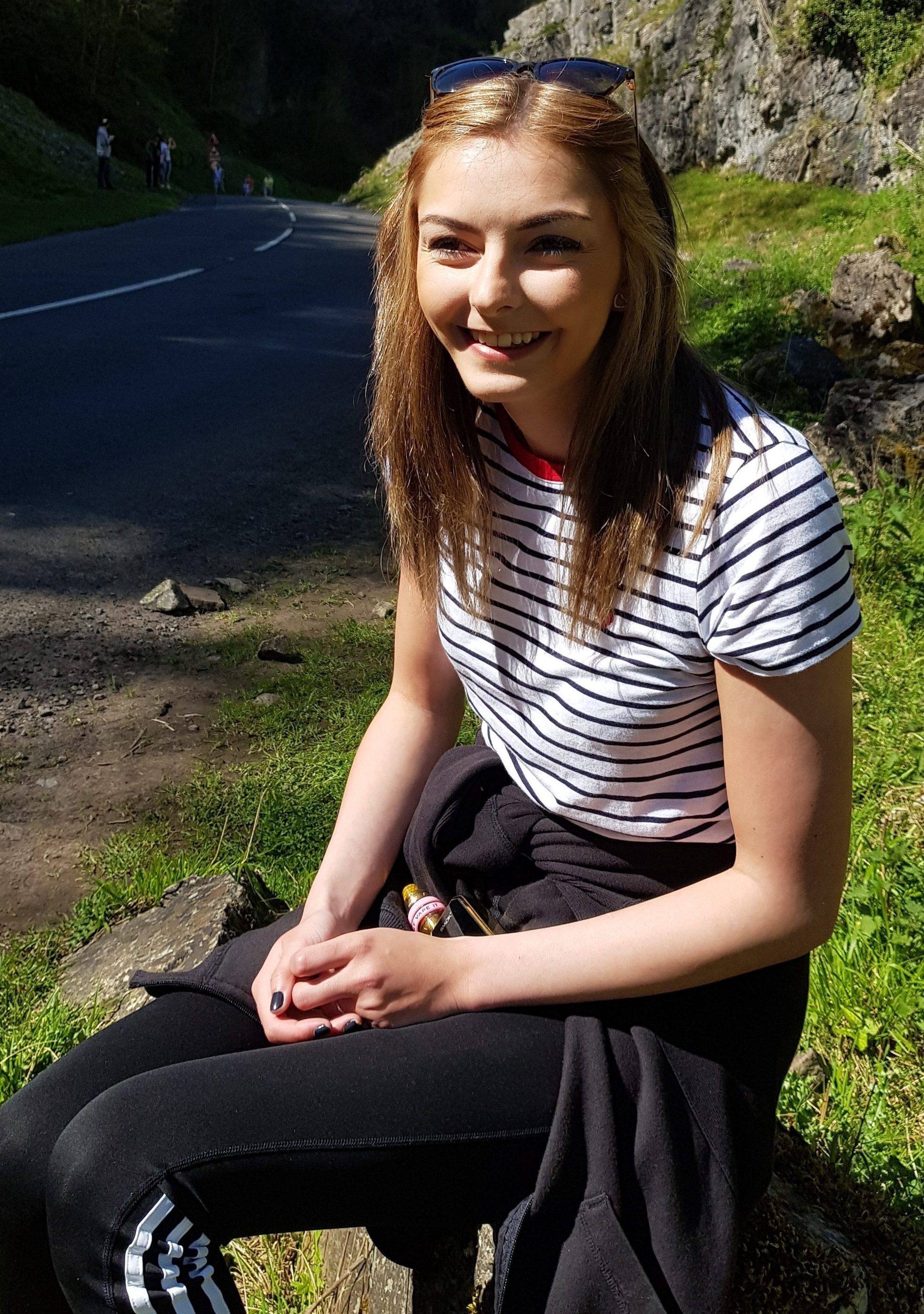 I collapsed onto the sofa and he placed a bucket on the floor beside me.

Then, I heard him speaking to his girlfriend in the kitchen. "You go to bed, I’ll look after this one," he said.

Moments later, Justin sat down beside me. "Let’s get you changed," he said. I shook my head in protest, too drowsy to speak.

"You can’t stay in your clothes, you won’t be comfy," he insisted, removing my shoes. Then, with one swift movement, he pulled my dress over my head.

"Do you want to leave your knickers on?" he asked. I nodded quickly, nauseated by the thought of him seeing me naked.

"OK," he said. "But it’s not good to sleep in your bra." Then, he unclipped my bra and threw it to the floor. I was horrified.

But when he helped me into the pyjamas, I relaxed. He’s just being kind, I told myself. Then he said goodnight and disappeared up the stairs.

As the light went out, I closed my eyes. I was just drifting off to sleep when suddenly, Justin appeared beside me, crouching on the floor.

Still paralysed, I tried with all my might to wriggle into the back of the sofa, away from him. But it was hopeless

He said nothing as his hand wandered beneath the blanket, and he began to touch me intimately.

Still paralysed, I tried with all my might to wriggle into the back of the sofa, away from him.

But it was hopeless. Then he grabbed my ankles and pulled me towards him.

As I lay balanced on the edge of the sofa, he pulled my pyjama bottoms and knickers down to my ankles. I tried to scream, but no noise would come out.

I lay silently as he unzipped his trousers, then raped me as his girlfriend slept upstairs.

Tears streaked my cheeks as I sobbed silently, utterly humiliated and unable to push him away.

When he’d finished, he pulled my knickers and pyjama bottoms back up and disappeared back upstairs.

Support if you've been raped or sexually abused:

If you've been raped or sexually abused there is support available.

Find a Sexual Abuse Referral Centre via the NHS.

If you are a child, or worried about a child, you can contact the NSPCC.

Exhausted and terrified, I cried myself to sleep. Then in the middle of the night, Justin crept back downstairs again.

I froze in terror as he climbed on top of me, kissing and licking my neck and face.

Removing my pyjamas and underwear for a second time, he raped me again. I felt sick to my stomach.

As before, once he’d finished, he went back to bed like nothing had happened.

The following morning, a banging headache pulled me from sleep. As I slowly sat up, memories of the previous night flashed before my eyes.

Outside I called my sister, asking her to pick me up. As I waited for her, I blocked Justin’s number and all his social media accounts. His betrayal of trust was unforgivable. 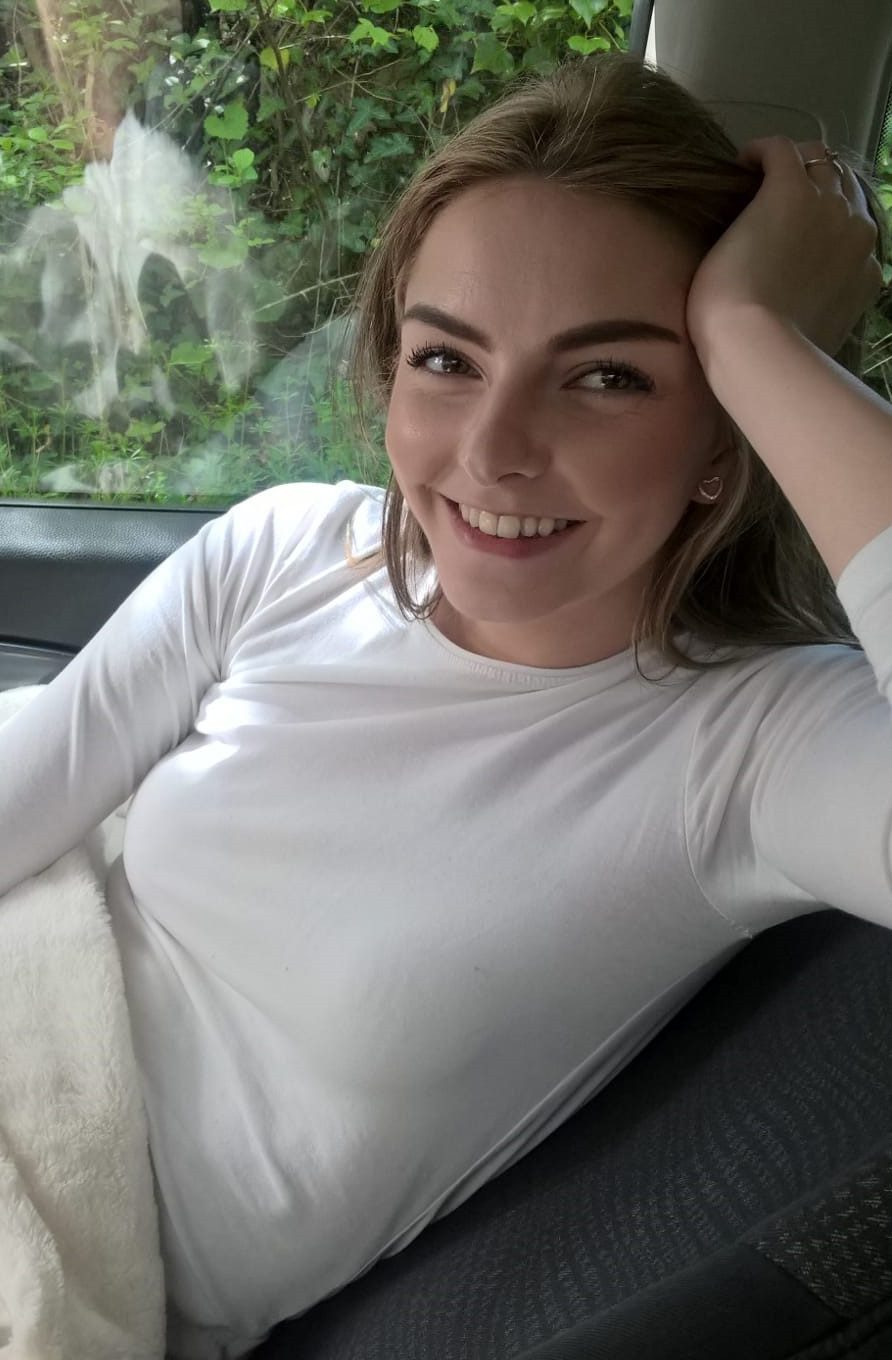 Back home, through sobs, I confided in my sister. She held me close as I told her I was too scared to call the police but wanted to go to hospital.

There, I went through a series of examinations before the police were called on my behalf.

I was taken to the local station, where I made a full statement about Justin.

Thankfully, it didn’t take long for Justin to be arrested. He’d denied everything – even when his sperm was found inside me. But word against him began to spread.

He was told he wasn’t allowed anywhere near the supermarket where we both worked.

I returned to work there, a couple of weeks after the rape.

But I found it too much of a reminder of what had happened, and I decided to leave.

In time, Justin Finnerty, 22, from Bicester, went on trial at Oxford Crown Court.

But his lies were quickly dismissed. It took a jury just five hours to unanimously convict him of two counts of rape and one count of sexual assault by penetration.

He was jailed for eight years, with an extended licence period of four years following his release. He would also remain on the Sex Offenders’ Register for life.

I’ve since heard that Justin proposed to Chloe the day after he’d raped me. It’s just further proof of what a heartless monster he really is.

Judge Ian Pringle said: “It was put to [the victim] that she had instigated that sex, that is a matter which disturbingly you maintain to this day. I find that you are indeed a danger.”

*Sophie is a fake name

In another shocking story, a grandad raped his 11-year-old grandaughter then sold her to more than 200 paedophiles – and even had a sick shopping list where full sex cost £50 – read Emma-Louise's brave account.

Meanwhile Mayameen's dad filmed himself raping her from the age of FOUR, drugged her hot chocolate and even had a secret sex shrine to her in the attic.

And another woman was drugged and gang-raped at 14 after her mate lured her to a party – and some of her attackers are still free.

Meanwhile, Donna* woke up to a creepy tickling on her neck –  her landlord had broken in and got into her bed.