A WOMAN has claimed her "nightmare" mother-in-law has gone to great lengths to break up her marriage, alleging she's even accused her of "brainwashing" her husband.

Shelby Lynn, who posts TikToks under the username 'iamalilstitious', has detailed the breakdown of the relationship between her husband, Sean, and his mum which she alleges was the interfering mum's fault. 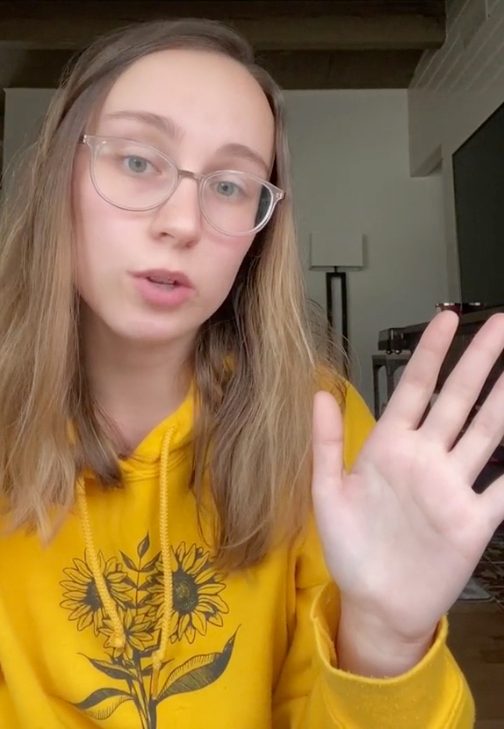 Shelby claims her in-laws have not only tried to break up her relationship – they've also attempted to get her kicked off her PHD programme.

The couple now have no contact with the husband's side of the family.

Before the wedding, Shelby says there were no major hiccups and she had a functional relationship with Sean's side on the family, only for things to completely fall apart as soon as they exchanged vows.

"My mother-in-law said she was treated like garbage at out wedding," she says in one clip. "I saw her in the hotel, I was late on my way to take my wedding photos so I just smiled at her and didn't say anything. 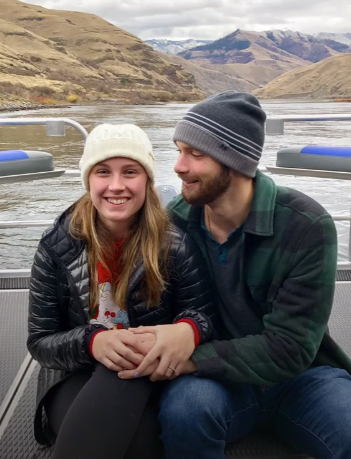 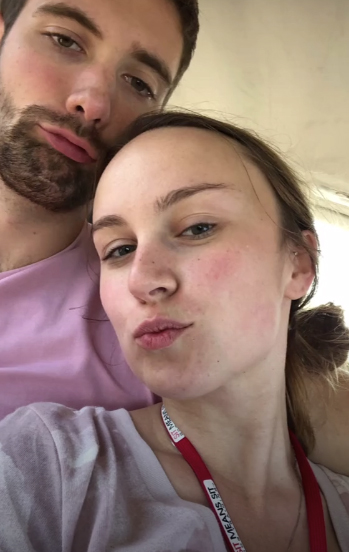 "She said I treated her like garbage that night but there are photos of us hugging.

"I asked her what her expectations were before the wedding and she said it was mine and my husband's day. But after the wedding, she blew up on us."

From there, the relationship between the married couple and Sean's mum started falling apart.

Shelby says the woman "expected to be treated like royalty after she repeatedly told her son to reconsider marrying me".

She alleges that the mum asked the wedding photographer for photos from the couple's big day – but only requested pics without Shelby in. 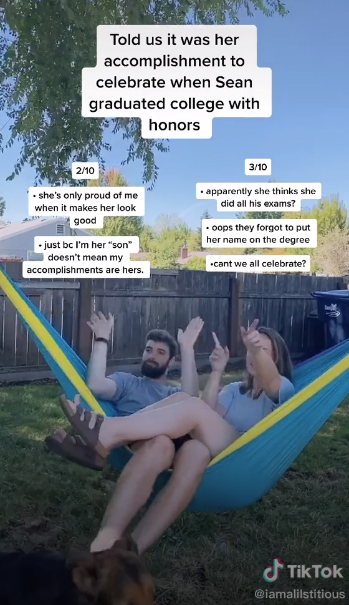 In one video, Shelby dances next to text on the screen, which claims the mum sent a 1,540 word email titled "Her letter of grievances" detailing all Shelby's wrongdoings.

"She said, 'You're dead to us' and that she would not contact me," the video says. "But she has since contacted me multiple times."

A few months later, Shelby made a second video about her in-laws' alleged bad behaviour.

She says, "Their best response was to that was for my mother in law, sister in law and sister in law's boyfriend to reach out to the place I'm getting my PHD and say I'm not a good PHD student, I'm cyberbullying them." 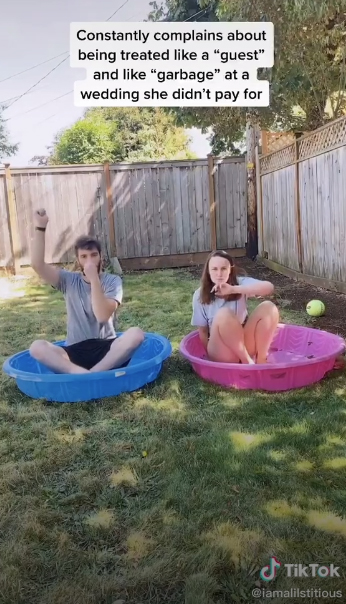 She alleges the family told her university that she was harassing them through TikTok.

But the university took Shelby's side and didn't take any action against her.

Responding to someone who asked why the mother in law might hate Shelby so much, she said: "Me coming into his life completely threw off her ability to control and manipulate my husband, so he thinks I've stolen him from her."

In another clip, she writes: "When your toxic in-laws accuse you of making your husband choose his wife over family. 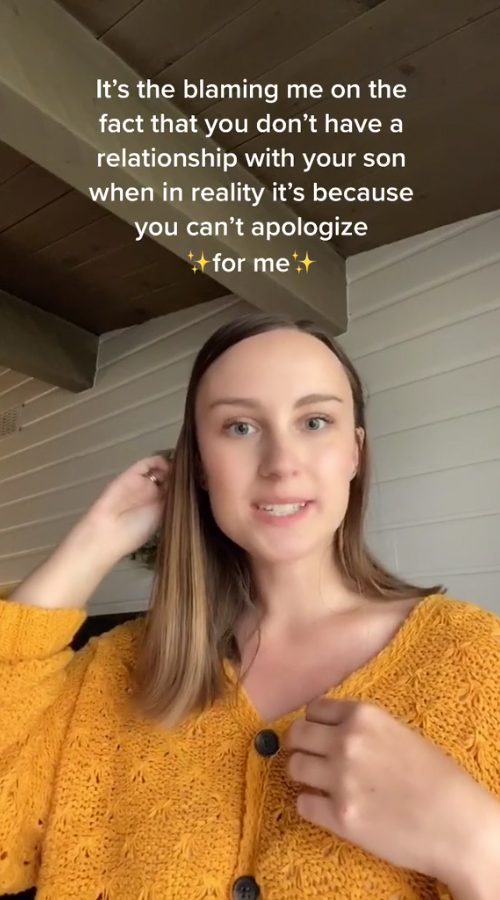 "My husband supports all my content and is unconditionally loved by me and my family
bitching doesn't excuse abusive behaviour.

"They need to remember I'm his wife and chosen family, he didn't get to pick his parents.

"I'm not trying to replace his mum, I'm his wife."

The couple now have no contact with his side of the family, which was Sean's choice, but Shelby says she will support her husband if he decides to get back in contact with them.

Shelby said: "It was his decision to go no contact with them. If he changed his mind I'll support him.

"Even though I won't ever want a relationship with them."

The most popular names of 2020 were Sophia and Muhammad

What Planets Are Retrograde December 2020? Here Are The Details
ENTERTAINMENT

Rita Ora apologises for hosting 30th birthday bash at restaurant and ‘pays £10k Covid fine’
We and our partners use cookies on this site to improve our service, perform analytics, personalize advertising, measure advertising performance, and remember website preferences.Ok