A WOMAN found out her fiancé was cheating on her a day before their wedding and even though the relationship is over he is still commenting on how good she looks online.

Posting a video to her TikTok account @offbrandshakira, a 25-year-old woman who goes by the name Gemini on the app shared the details. 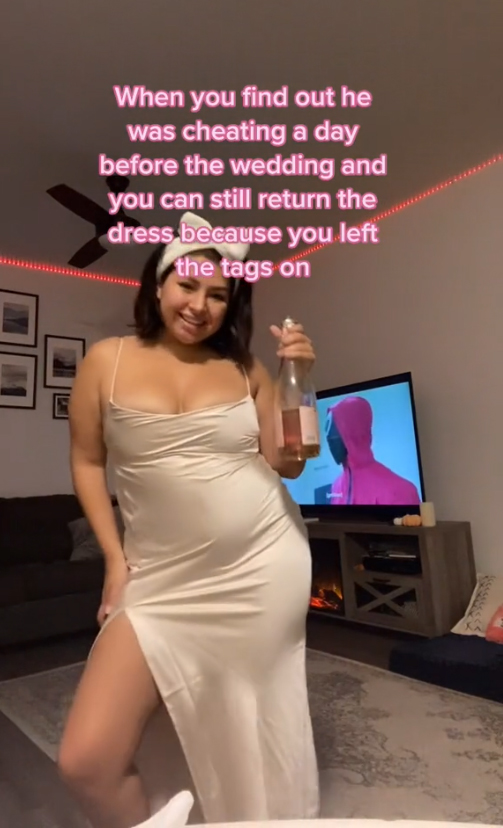 In one video that has proven to be a hit online with more than 4million views, she said she plans on returning the wedding dress.

"When you find out he was cheating a day before the wedding and you can still return the dress because you left the tags on," she said.

Then in a follow-up video, Gemini revealed that her ex eventually commented on the original clip she uploaded of her in the dress.

His comment read: "You look amazing in that dress, f**k that guy!"

Unsurprisingly people were confused by what he meant, with many pointing out he was the "guy" in question.

"I think he's convinced he did nothing wrong," the 25-year-old explained.

Even though Gemini said she has since deleted the comment so he could avoid receiving hate, people were keen to hear the full story behind their relationship break down.

Gemini explained the ups and downs of her relationship with her former fiancé in another video.

She explained that she met her ex in 2009 when she was 13 and the pair began dating on and off for a couple of years.

Gemini fell pregnant in 2015 before giving birth in 2016. After a year of living together as a family, she says she grew tired of the way he treated her and the fact that he would message other women behind her back.

"I leave him despite my family pleading for me to not break up our small family and move into my own apartment. We spend four years apart," she said.

"He convinces me he's changed and wants our family to be back together, so I tell him it's his last chance to get things right. We finalise the wedding plans since things are going well.

"I learn that he's cheated on me again the week that we were supposed to leave for our wedding so I'm on Bumble again. Maybe people don't ever change.

People have thrown their support behind her in the comments.

"Dodged a whole bullet. Praying for you to heal tho [sic}," one person wrote.

"Don't ever give him another chance, he's shown you who he is," said another.

"So you gave birth to his child and he still cheated on you like NO he didn't deserve the chance and you deserve so so so much better," a third person wrote. 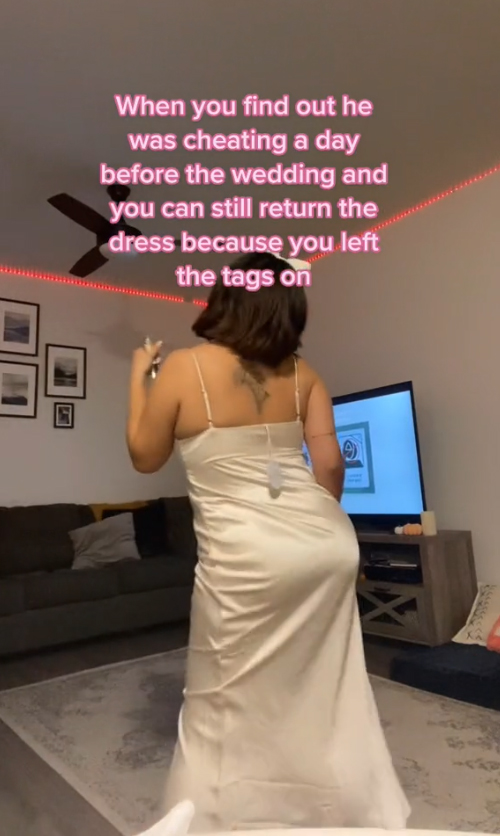 Elsewhere in weddings, my dad and stepmum have made up a ‘work policy’ to get out of coming to my wedding, they only told me two weeks ago.

Plus my sister-in-law wore a dress lighter than mine to our wedding – she put photos everywhere and wouldn’t take them down.

And I’m 20 but banned from bro’s wedding as his fiancee doesn’t want ‘children’ there, she wants me to watch 40 kids instead.