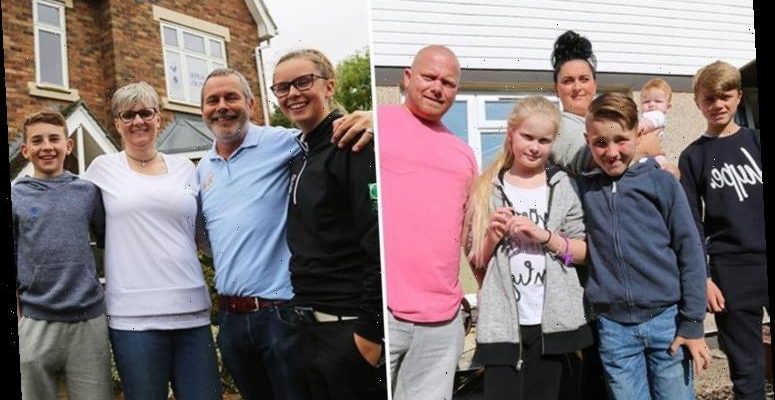 A FAMILY-of-six who scrimp to get by on their £140 budget were give £3,000 to spend in a WEEK on a TV life swap show… and say they struggled to spend it.

Louise and Neil Brimicombe swapped their three-bedroom house in Watford for a six-bed mansion in Chelmsford, owned by millionaire Steve Haslam and wife Jo, for this week’s Rich House Poor House. 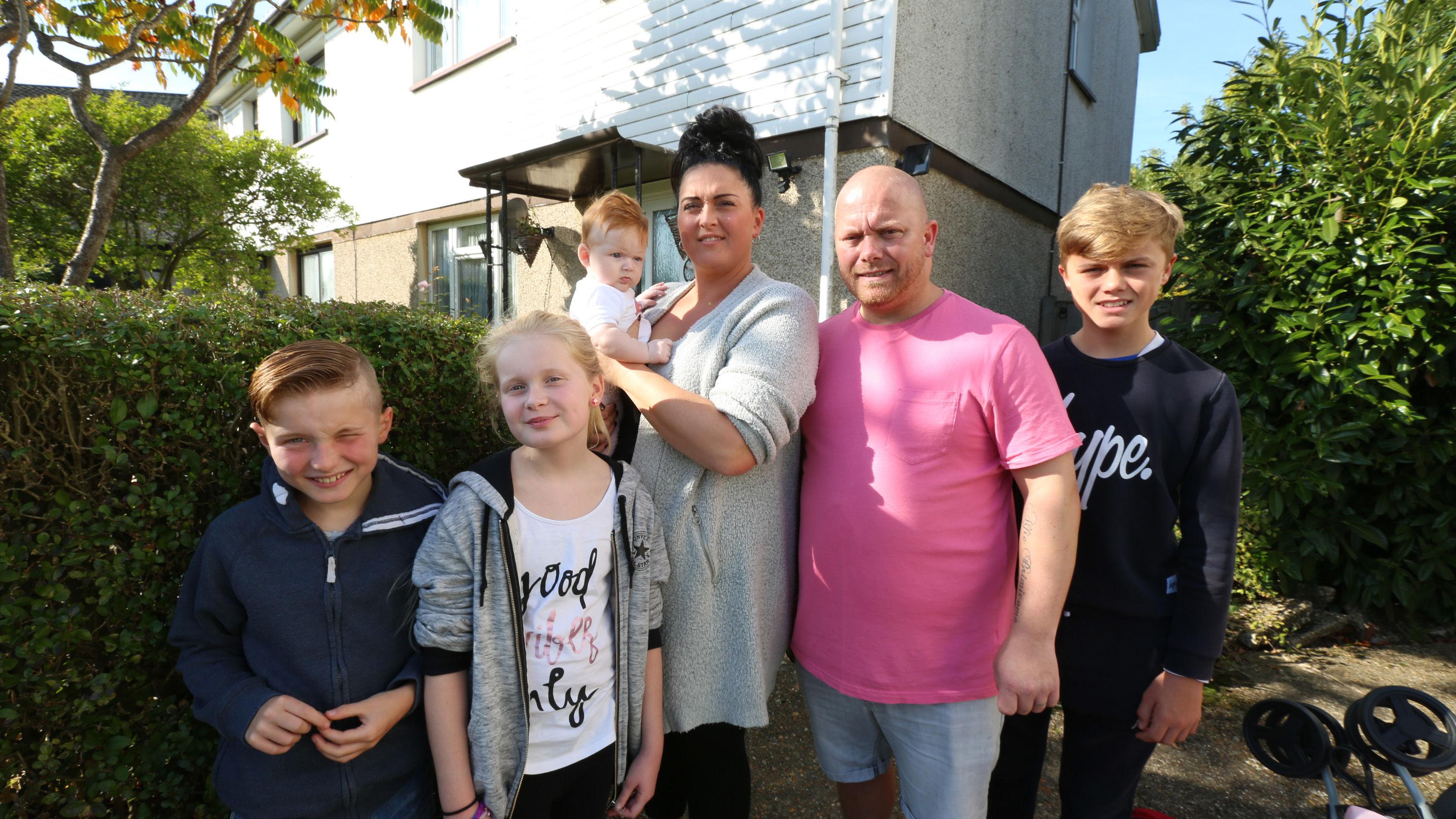 The couple – who share their rented home with Neil’s son Alfie, 14, Louise’s son Alfie, 9, and daughter Louisa, 11 and four-month-old Summer – have been short of cash since Louise went on maternity leave, despite  Neil working overtime at a window factory.

They were shocked to find the Haslams’ weekly budget was £3,000 – double the usual spend on the Channel 5 show and 20 TIMES their own budget, after bills, of £140.

The Haslams – who splash out on SIX takeaways a week – have a Range Rover, BMW 4 Series and BMW 4×4 and take several trips a year to their Spanish house.

They also spend £20,000 a year on daughter Holly’s golfing career as, at 16, she is already representing England in international matches.

Louise said: “Last week I checked my account and I had 18 pence after I paid a big bill. 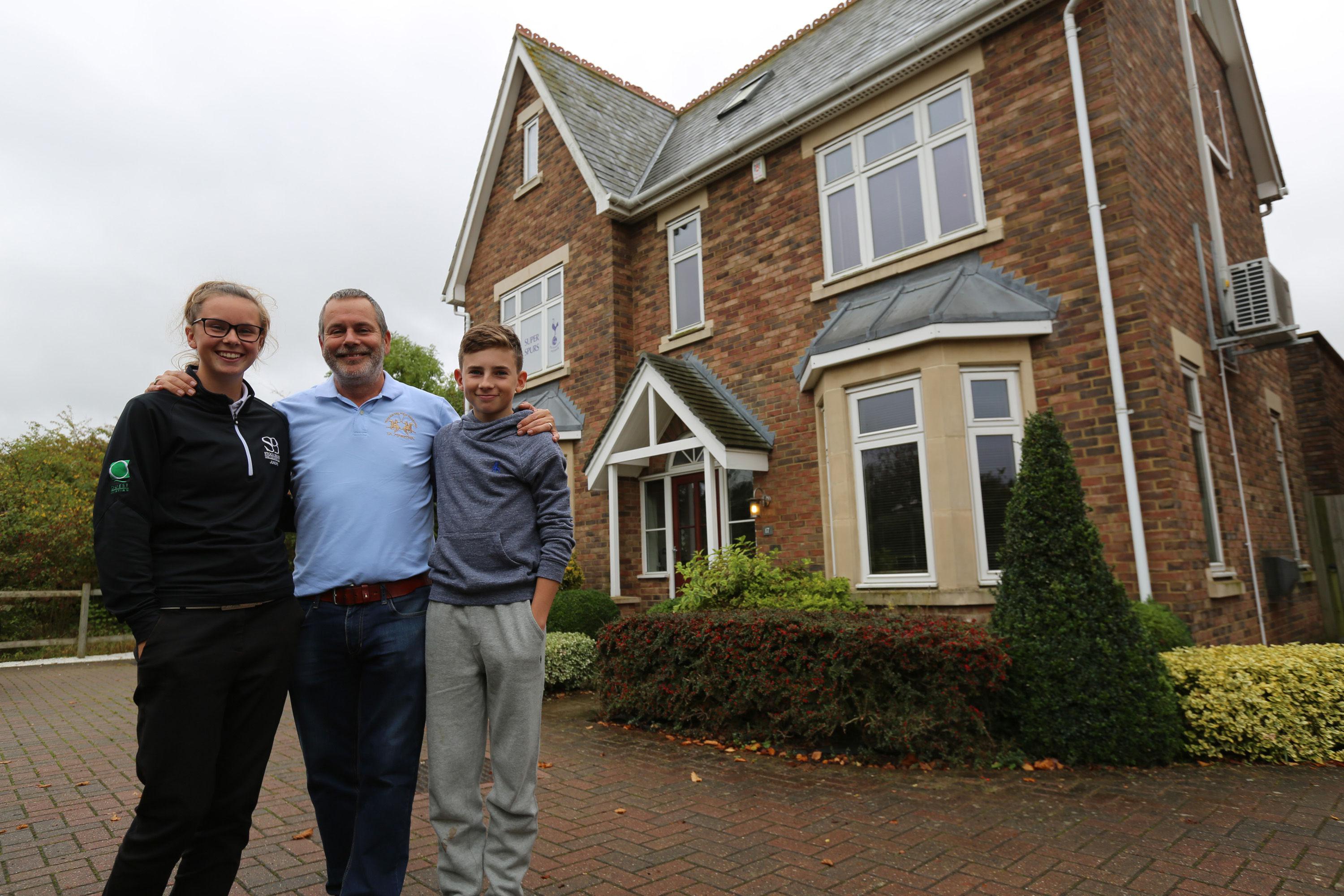 The 31-year-old mum told the Sun Online: “I was shocked. We’d seen the previous series so we were expecting half that, to be honest.

Even going out for a rare family meal on the first night didn’t help.

The Haslams – who have two children, Holly, 16, and Oliver, 13 – run a chain of 12 restaurants and the meal turned out to be on the house.

But Louise was able to splash out on some luxuries during her week's swap. 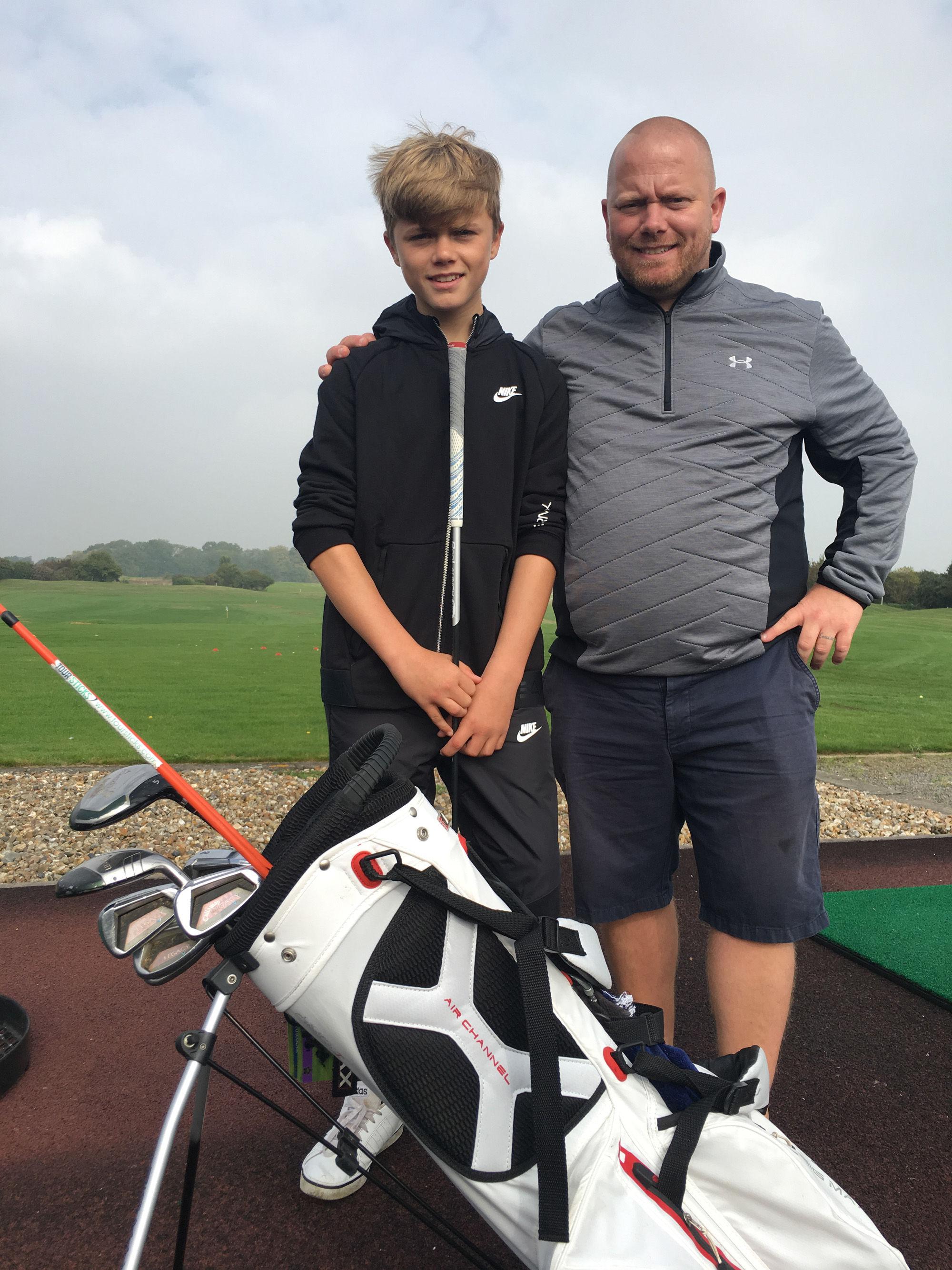 She said: “We just about managed to spend it in the end.

“I bought my husband a watch because he got a watch from work for 10 years’ service a few years back and he gave that to his son. So I got him a nice new Hugo Boss one, which cost £160, and he absolutely loves it.

“We bought so much stuff. I treated the kids to trainers and track suits and I got the baby some little Nike trainers – not that she can walk in them but they look nice.

“I also treated myself some real Ugg boots because I usually have to buy the cheap copies. They were £185, more than our weekly budget at home. If I wanted boots that expensive I’d have to save for a long time so it was nice to go in and just say, ‘I’ll have them.’” 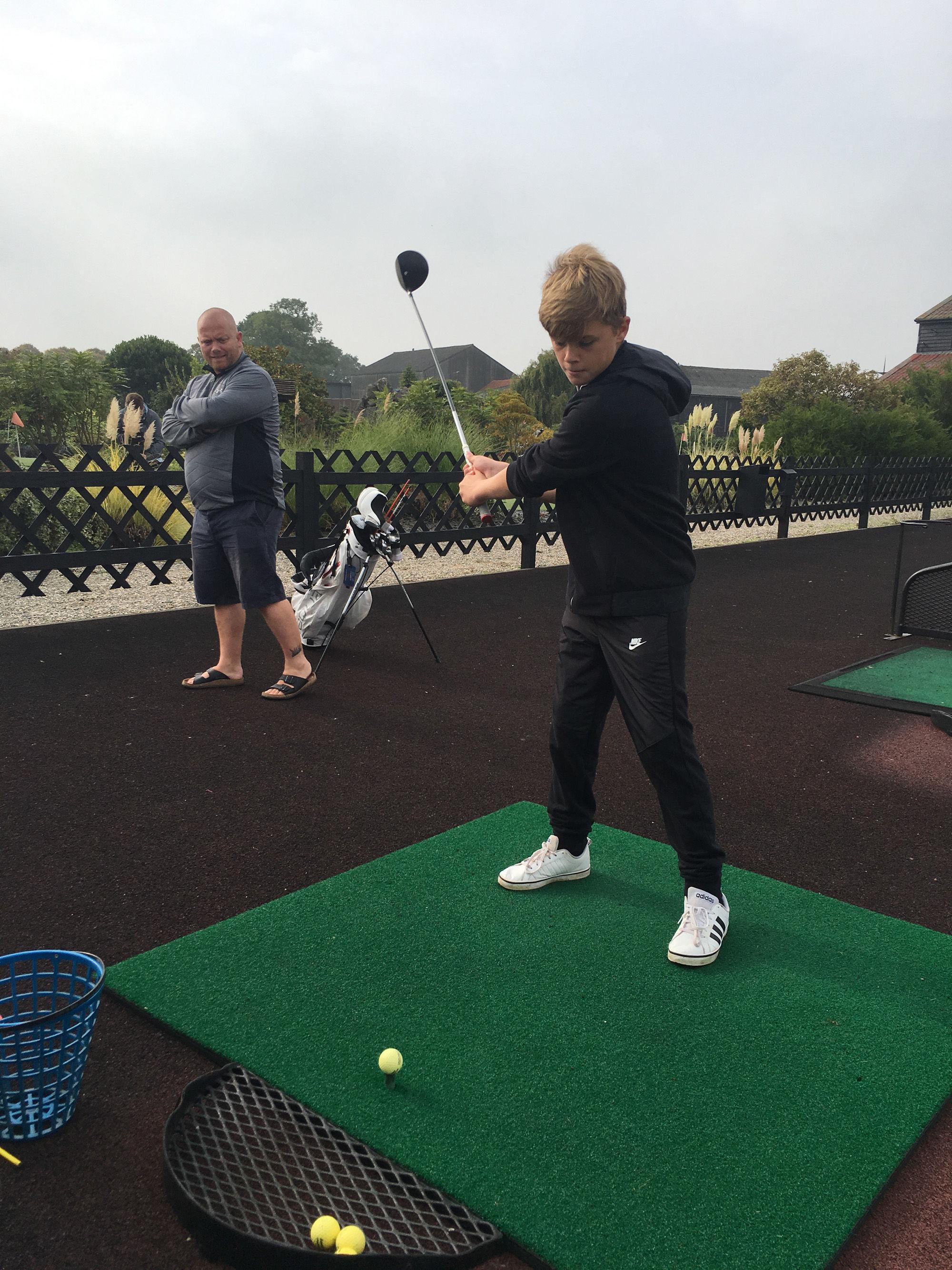 The couple, who normally but frozen food to cut costs and often swap the Sunday joint for frozen sausages, also got to dine out and order expensive takeaways.

Louise said:  “We didn’t really go food shopping because we got a delivery of the Haslams’ usual weekly shop so there was a lot of stuff in there that we wouldn’t normally eat.

“We buy a lot of frozen meat and veg because it’s cheaper so it’s great to get some fresh stuff.

““Neil and I went out for dinner, and had a date night which made a nice change and we were also able to buy a couple of takeaways which we can’t normally do.

“If we do it’s usually a McDonald’s or something that’s not too expensive, and we’d spend no more than £25. 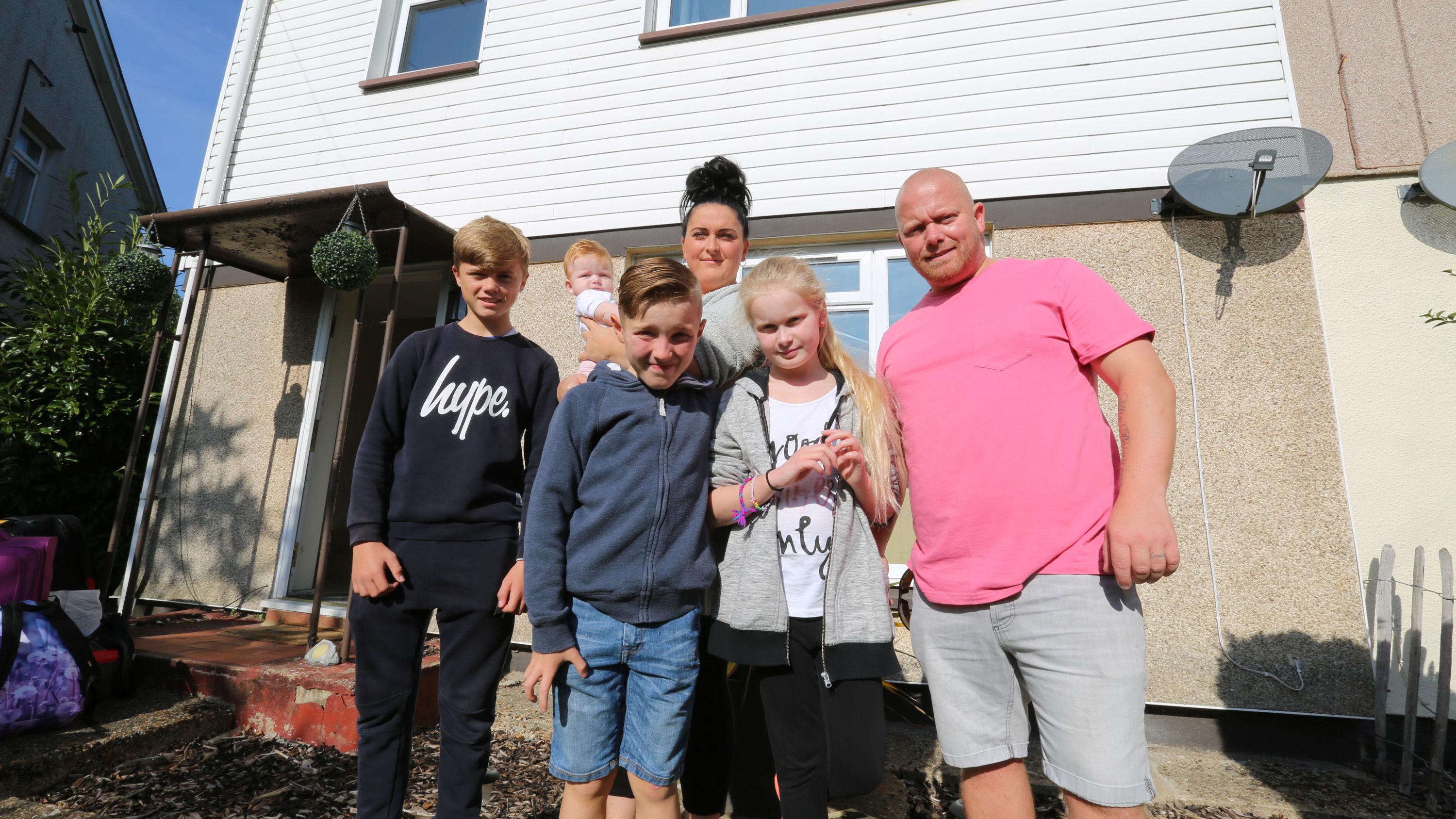 “But on our takeaway night Neil and I had a curry and the kids had pizza which came to over £70 in all.”

Louise was also treated to a luxurious pamper session at a spa while Neil and the older Alfie took part in the expensive golf lessons usually reserved for Holly.

“Alfie really took to it,” said Louise. “The coach said he could give Holly a run for her money.”

In the show, the kids excitedly explore the Haslams’ huge three-storey house – which boasts five bathrooms, three receptions and a huge game room, with pool table and dart board.

Louise said she loved living in the house for a week – although there was one drawback.

She said: “It was a lovely, big house.

“We are always cramped in our house. The boys have to share and we’ve got the baby in our bedroom, so it was wonderful to have the space. 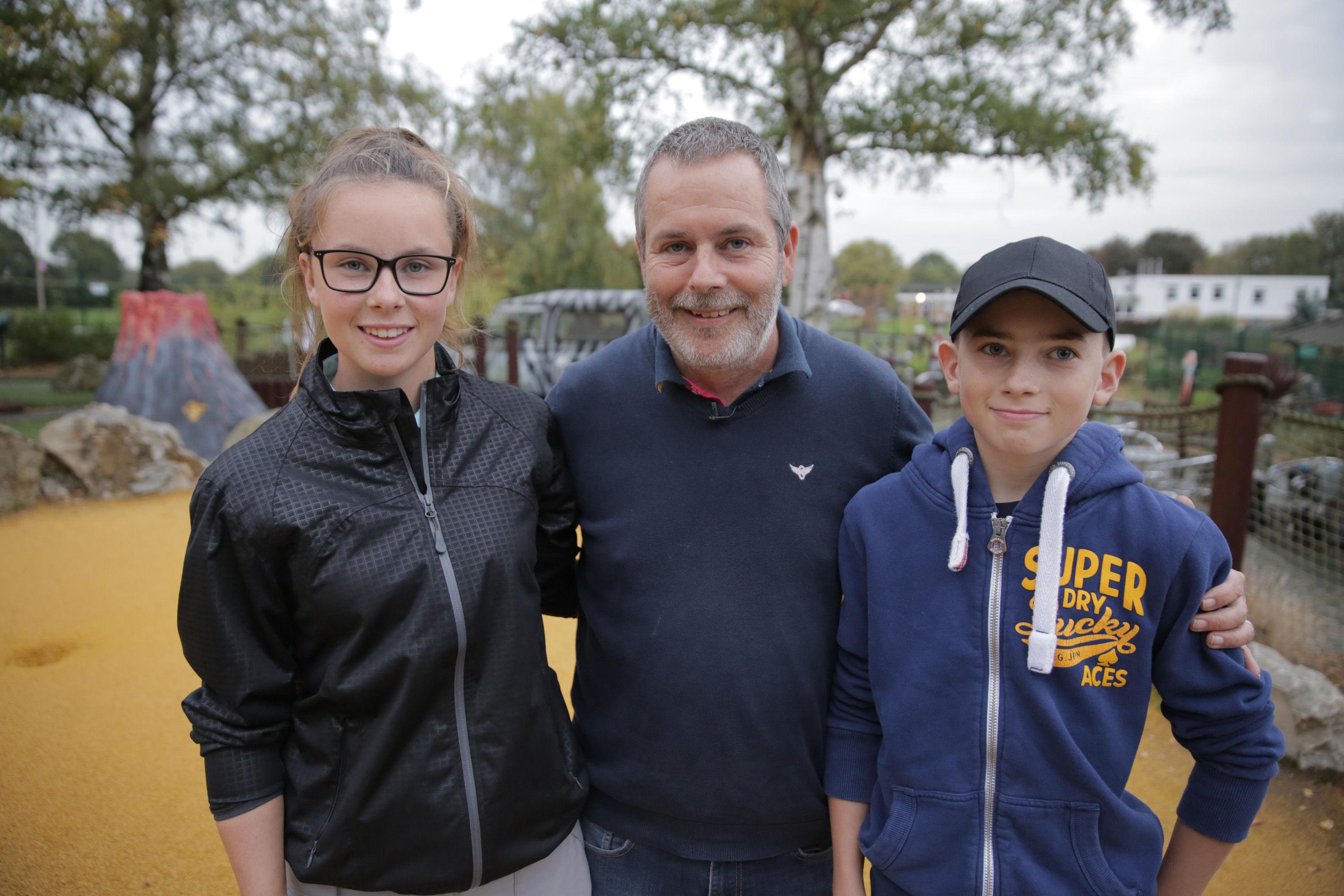 “The only thing I didn’t like was the three floors. We were in the top so there was a lot of up and down the stairs, especially when we’d put the baby to bed.

“If she started crying we were up and down two flights of stairs to put her dummy back in her mouth to get her off to sleep.”

In fact, the community care worker says she was actually pleased to go back to her Watford semi at the end of the week.