Feeling "smug" for resisting her favourite treats over Christmas, she was delighted with her weight loss, dropping from a size 14 to a ten. 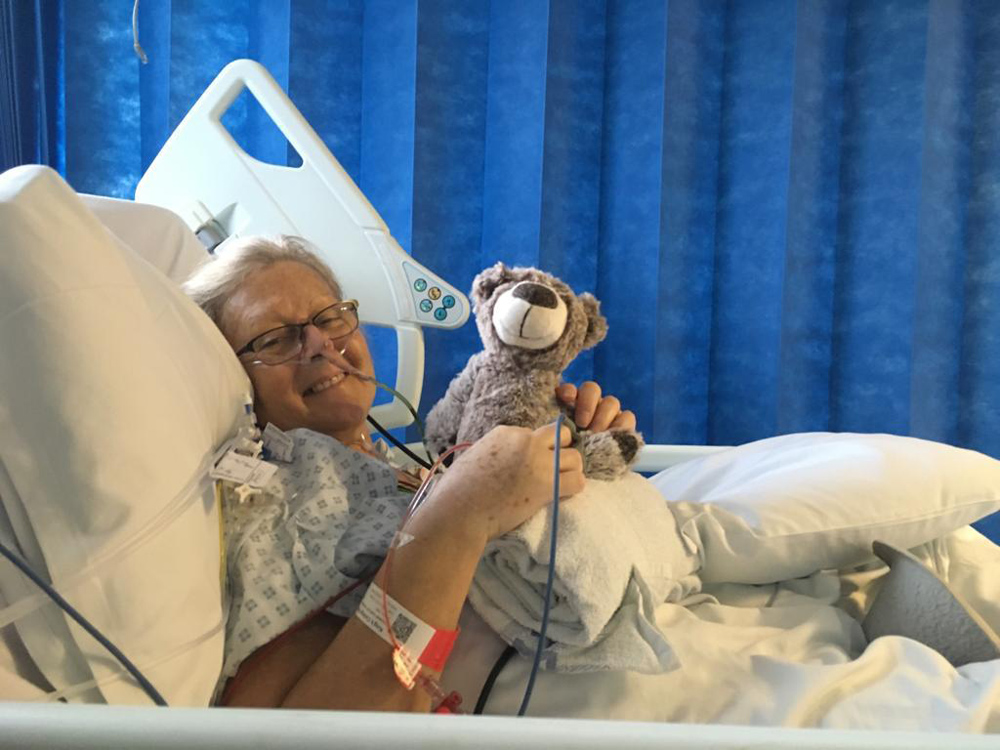 But, the truth turned out to be far more sinister.

In December 2017, Liz noticed she was feeling nauseous and her pee was unusually dark so vowed to see a doctor in the New Year.

The mum-of-three was shocked to learn her weight loss wasn't to do with her new diet, but was actually a sign of pancreatic cancer.

The 65-year-old was told if she had left it much longer, it could have been too late. 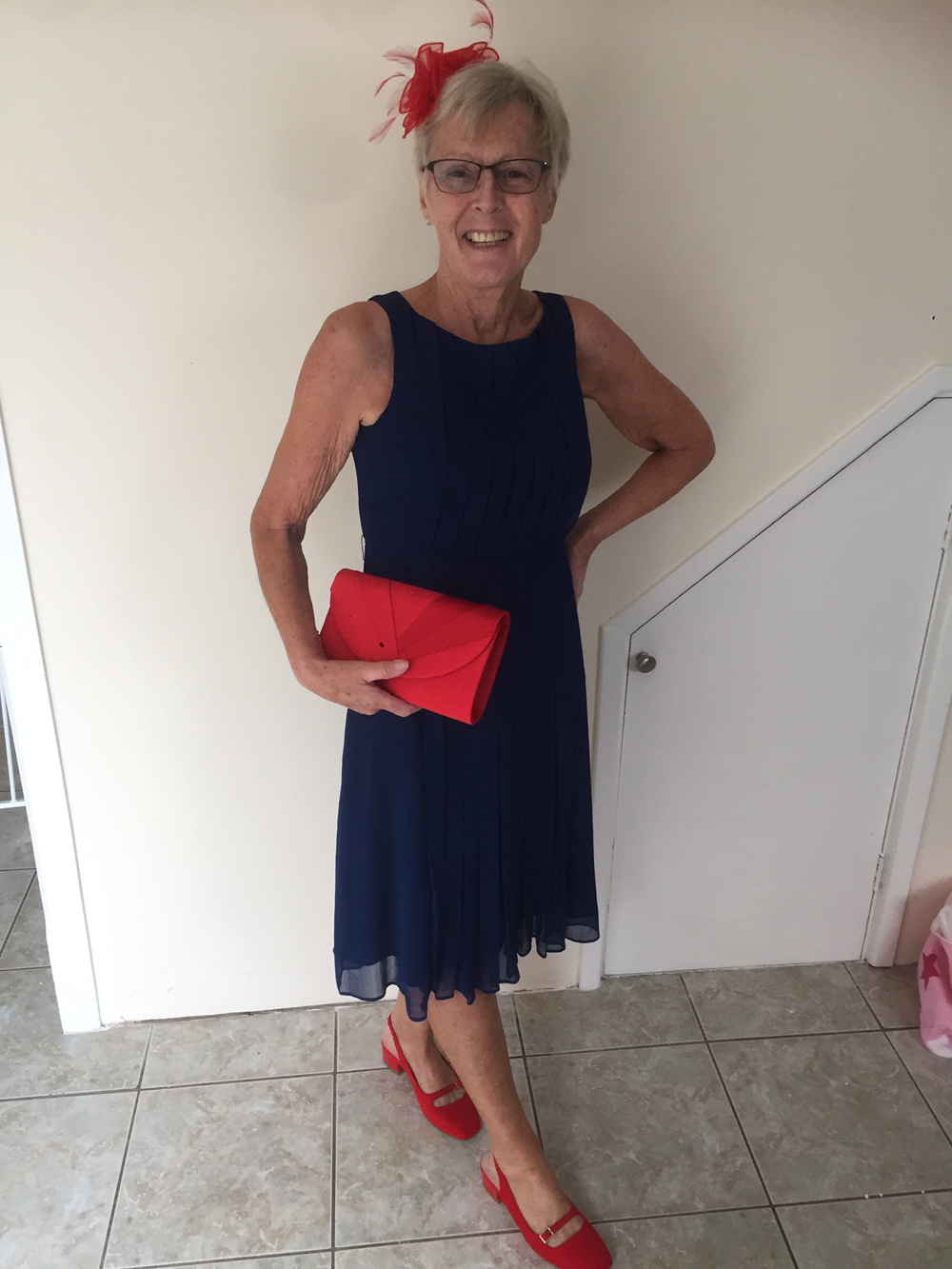 "I'm a resilient person, but this knocked the stuffing out of me," she said. "It came from nowhere.

"I was referred to hospital and doctors said they'd found a blockage.

"I have no idea how, but in that moment, I just knew. 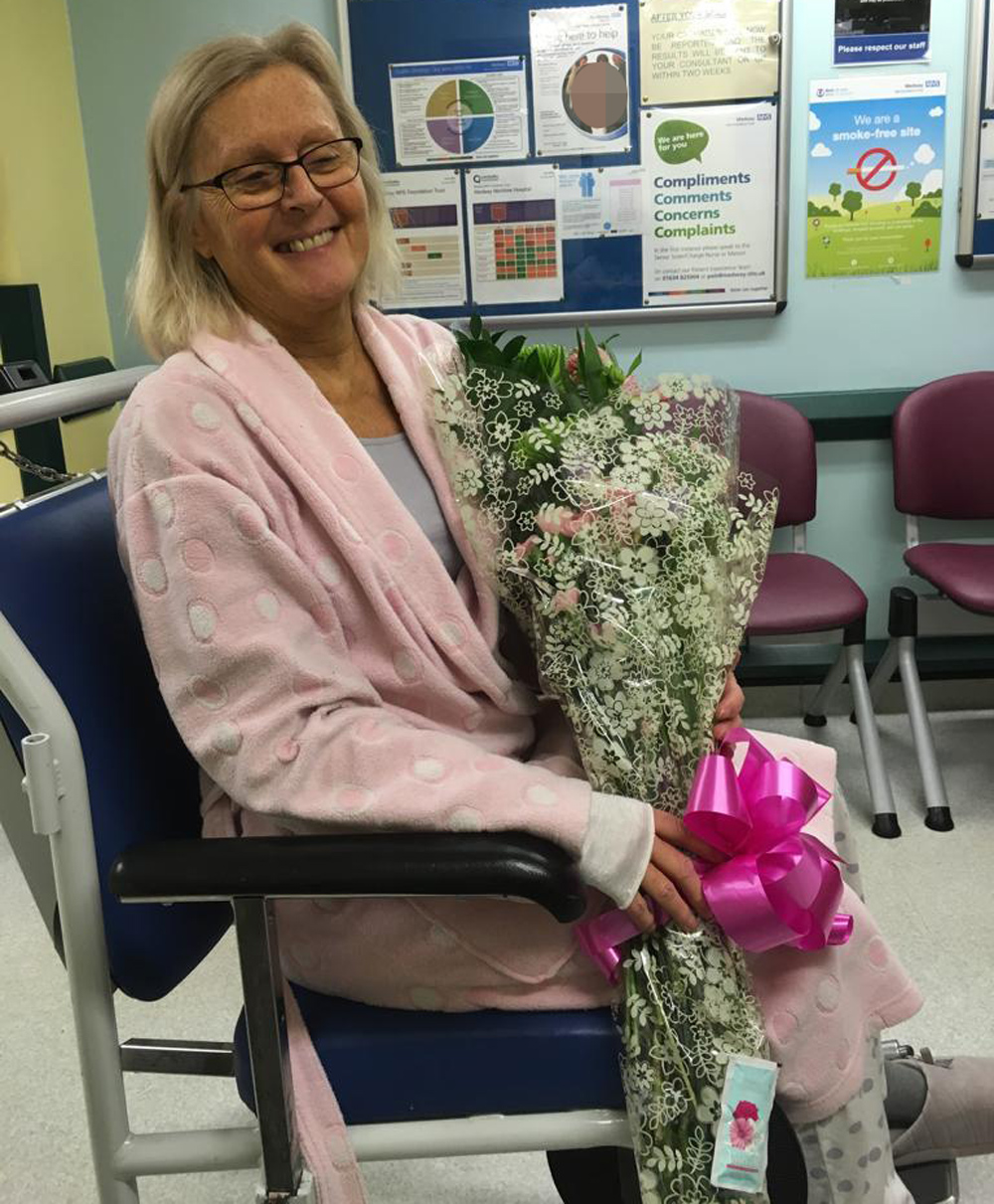 "I was told I was stage 2, but that if I'd waited much longer, I wouldn't be here now. That's how quick this disease is."

After radiotherapy and eventually a mastectomy, she has enjoyed years of good  health until she started losing weight at the end of 2017.

I was told I was stage 2, but that if I’d waited much longer, I wouldn’t be here now. That’s how quick this disease is

She explained: “I had joined a slimming group a couple of months before, so I was happy, as I thought it was working very well.

"I was actually feeling quite smug, telling people it was because I hadn’t snacked on any mince pies before Christmas as I usually would.”

By the end of December, feeling nauseous and off her food, Liz, who is originally from East Kilbride, Scotland, noticed her urine was very dark. 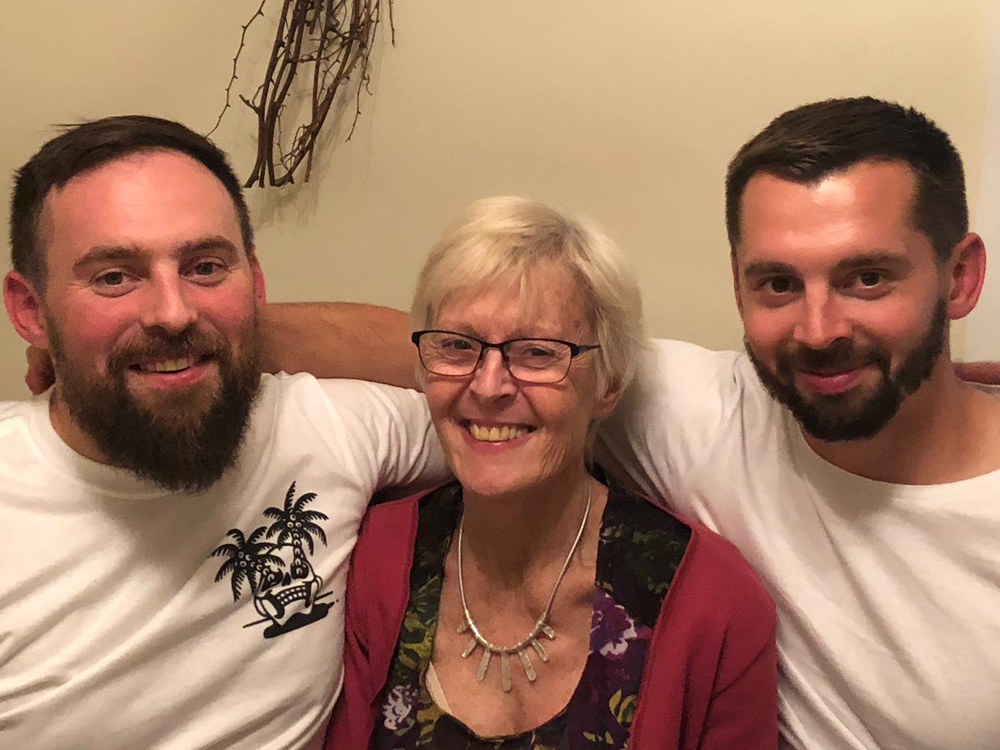 She added: “I thought to myself, ‘I’ll get Christmas out of the way, then make an appointment with the doctor.

“Now, I look back and think, ‘Why on earth did you wait?’

"But I had no idea then that my symptoms could be pancreatic cancer.”

After her daughter noticed her strange pallor in January 2018, Liz knew she had to see a doctor.

She continued: “She asked me why I was such a yellowy/orange colour.

"I was wearing tinted glasses, so hadn’t actually noticed, but when I took them off, I looked like I’d been tangoed.” 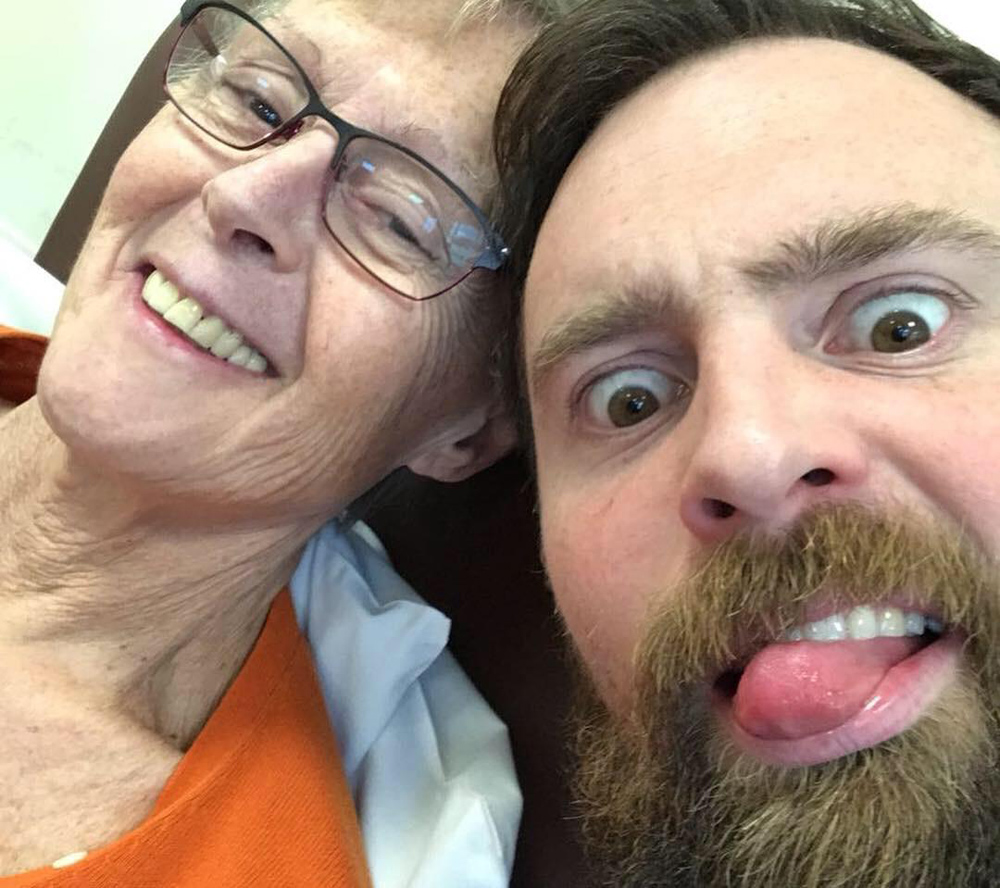 Calling the NHS 111 non-emergency number, she went to Kent’s Medway Maritime Hospital, where she was immediately admitted.

Doctors sprang into action, running a series of tests and soon discovering a worrying blockage in her pancreas.

On January 6, she was officially diagnosed with pancreatic cancer and referred to south London’s Kings College Hospital for surgery.

“The care I received was incredible. Everything just flowed, and my appointment for surgery was made right away,” Liz said.

“Back home after my diagnosis, I did what we all do and Googled my condition.

"I was reading all these awful stories and poor survival rate statistics, and just didn’t want that to me be.

“I couldn’t see much about people getting through and coming out the other side of a diagnosis. 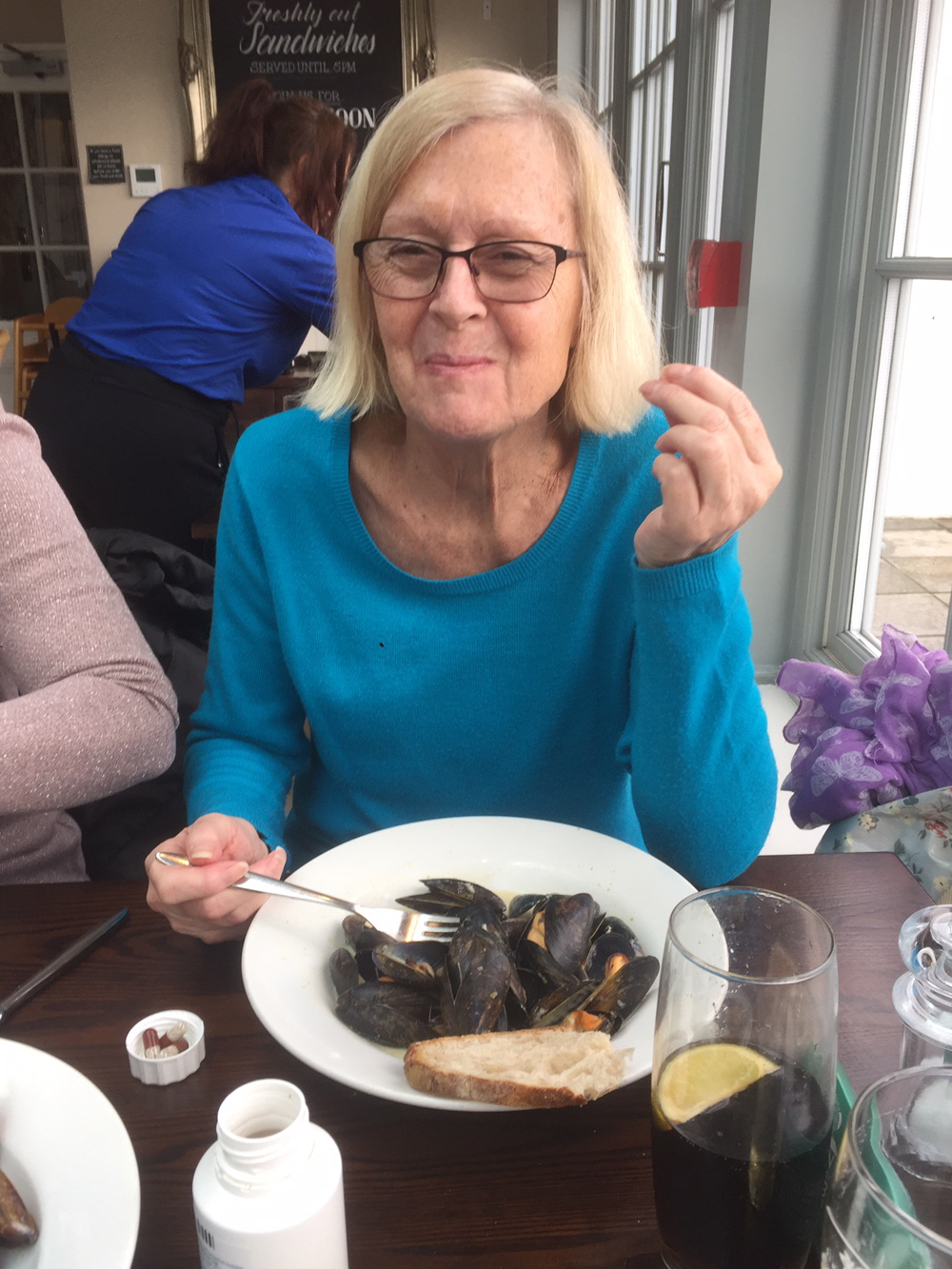 "My way of coping was just to isolate myself from those statistics.”

Just 12 days after her diagnosis, Liz went under the knife for an operation to remove her pancreas, duodenum, gall bladder and bile duct.

While she remains eternally grateful that she was seen so quickly, she was astonished by her rapid deterioration as she waited for her surgery.

“I lost over two stone in a few weeks. I was shocked at what a frail old lady I became,” she said.

“But I feel so lucky to have received the care I did.

The deadliest cancer because it's so hard to spot

PANCREATIC cancer is the deadliest form of the disease in the UK because it's so hard to spot.

The average survival rate across Europe is just five per cent, with just one per cent living for ten years or more after diagnosis.

One reason for such a poor outlook is that pancreatic cancer tends to be diagnosed too late.

By the time you have symptoms, have gone to your GP and been diagnosed, the cancer tends to be quite advanced.

That's why knowing the signs is so important, it means early diagnosis is more likely.

The most common symptoms to look out for include:

“I want people to know that it is possible. You read about misdiagnosis and getting fobbed off, but I’m living proof that you can survive if everything’s done properly.”

Following her surgery, Liz had six months of chemotherapy, then chemo-radiotherapy – a combination treatment – to kill cancerous cells found at the margins of the area where the tumour had been surgically removed from.

Now, though, while she continues to have regular scans and meets with consultants to discuss her ongoing care, she is not having any more treatment.

Due to the precarious position of her tumour, near some blood vessels, doctors cannot guarantee the disease – not thought to be linked to her breast cancer – has gone for good but, for now, Liz is feeling positive.

Since her diagnosis, she has been supported by charity Pancreatic Cancer UK, and is backing their call for the government to aim for all pancreatic cancer patients to be treated within 20 days of diagnosis.

And she hopes that telling her story will raise awareness of the signs and symptoms of pancreatic cancer to look out for – like back and abdominal pain, unexplained weight loss, changes to bowel habits, jaundice, nausea and problems digesting food.

“Pancreatic cancer is dreadful, and it takes more lives than it leaves, but not every story is doom and gloom. Here I am, a year on, doing things I never thought I would.”

She added: “If it hits again five years down the line, that’s still five years longer than I would have got. I absolutely believe that we can beat this if more people get diagnosed quicker.”

Pancreatic Cancer UK is calling on the UK Government and devolved administrations to set a new ambition to treat all patients diagnosed with pancreatic cancer in 20 days by 2024.

More than 90,000 people have already signed the petition to Demand Faster Treatment which closes on February 18.