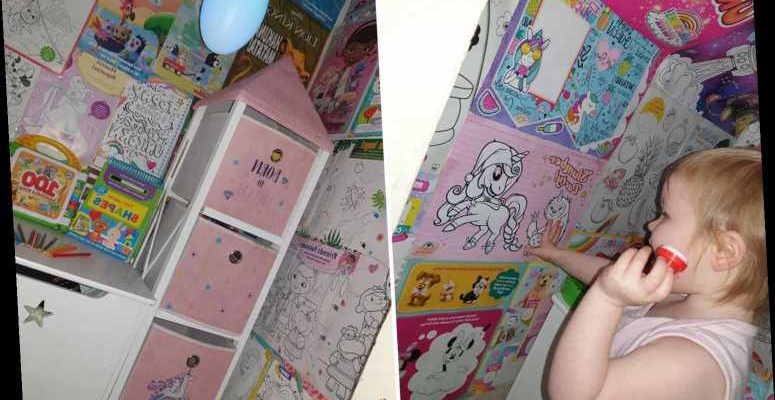 A SAVVY mum who was short on space in her home turned a cupboard under the stairs into a mini play room her her daughter – but it's the room's wallpaper that's got people talking.

Lucy Devine wanted to create a specific place in the home for her little girl to play in and store all her goodies, and she got creative while decorating the space. 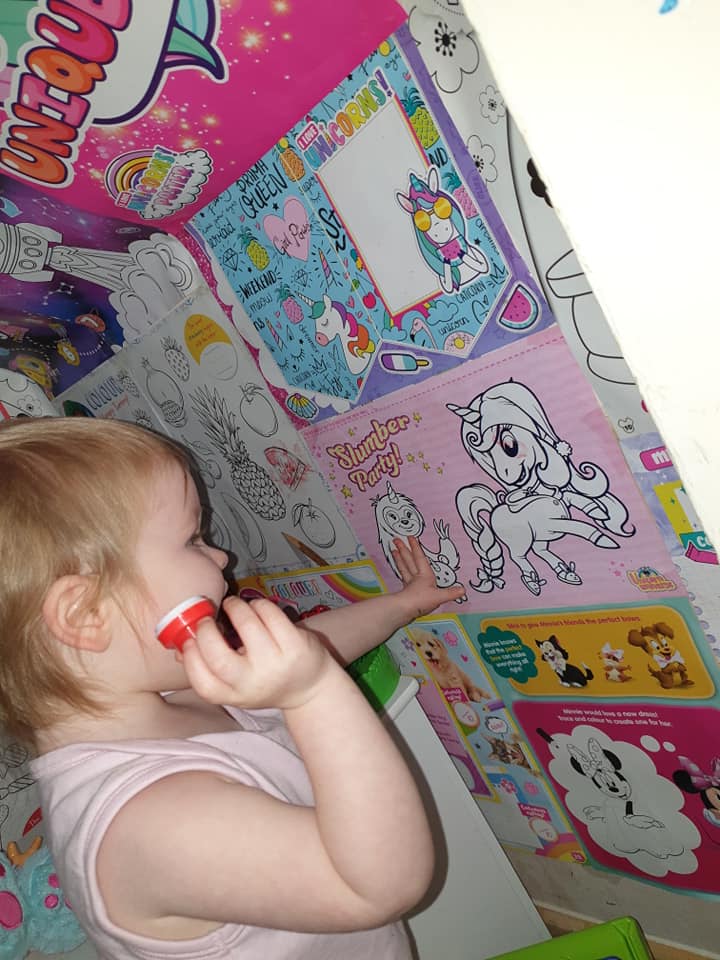 Sharing images of the finished room on the Facebook group DIY on a Budget, Lucy revealed she had decorated the walls with the coverings from children's books.

This means her daughter can now colour in the walls of her own room – not her mum's.

Other parents reckon she's on to something with the innovative idea especially because toddlers so often seem to scrawl on the walls.

Captioning the photos, Lucy wrote: "Not enough space in the living room for all my little girl's toys. 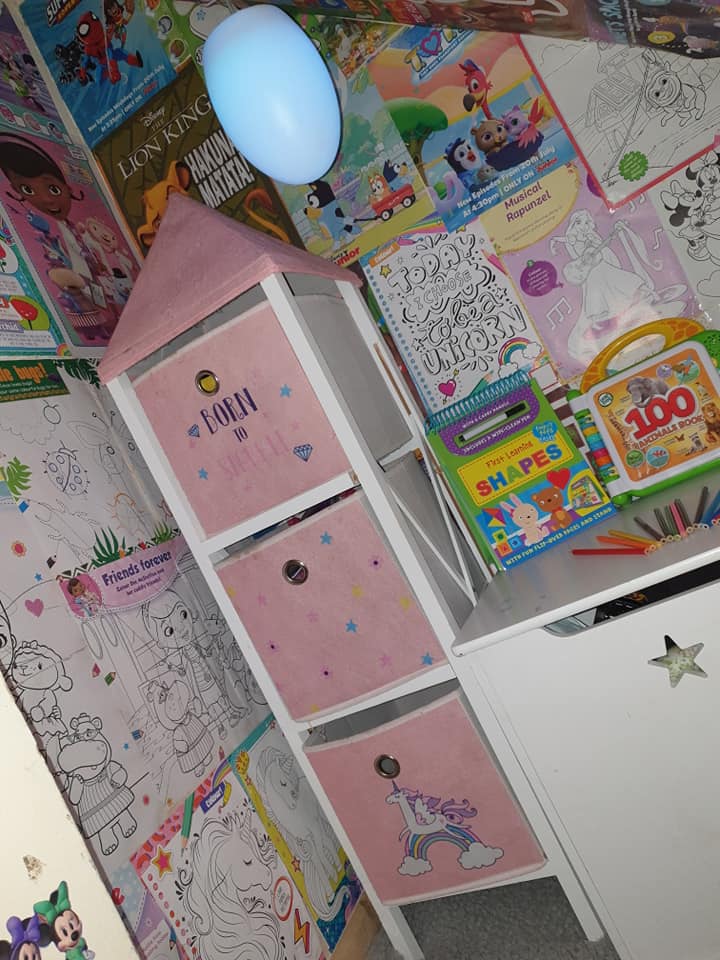 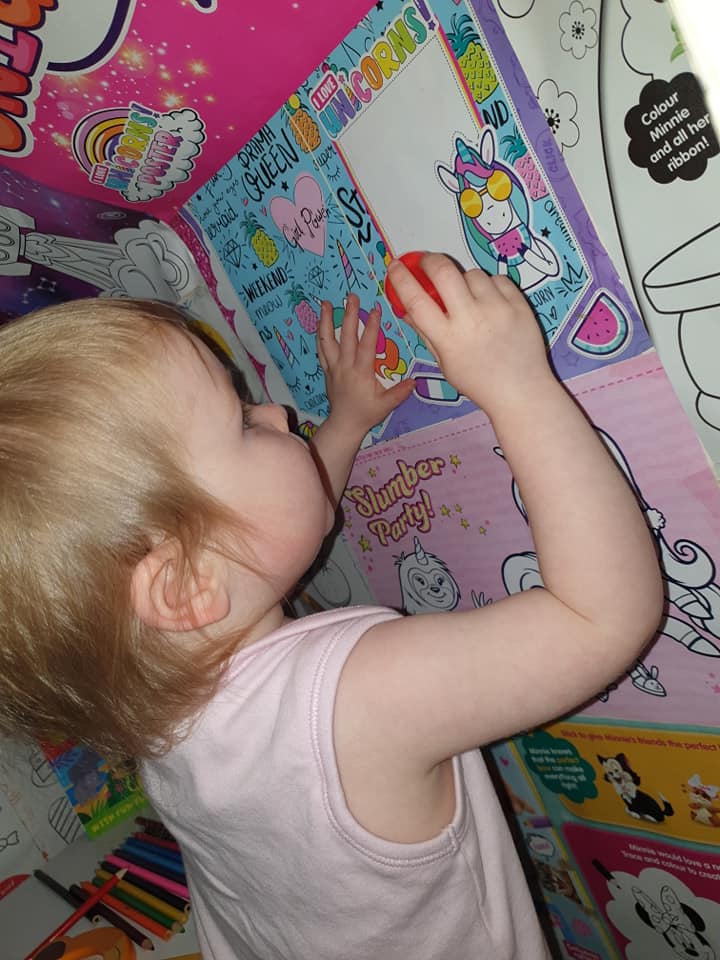 "As it's just bee her birthday, we've gone Harry Potter style and made her a little cubby under the stairs!

"Now she can draw on her own walls instead of mummy's! Win win all round."

Lucy also revealed she used a B&M Teddy Fleece blanket tacked to the floor and added glowing B&M egg lamp as an accessory. 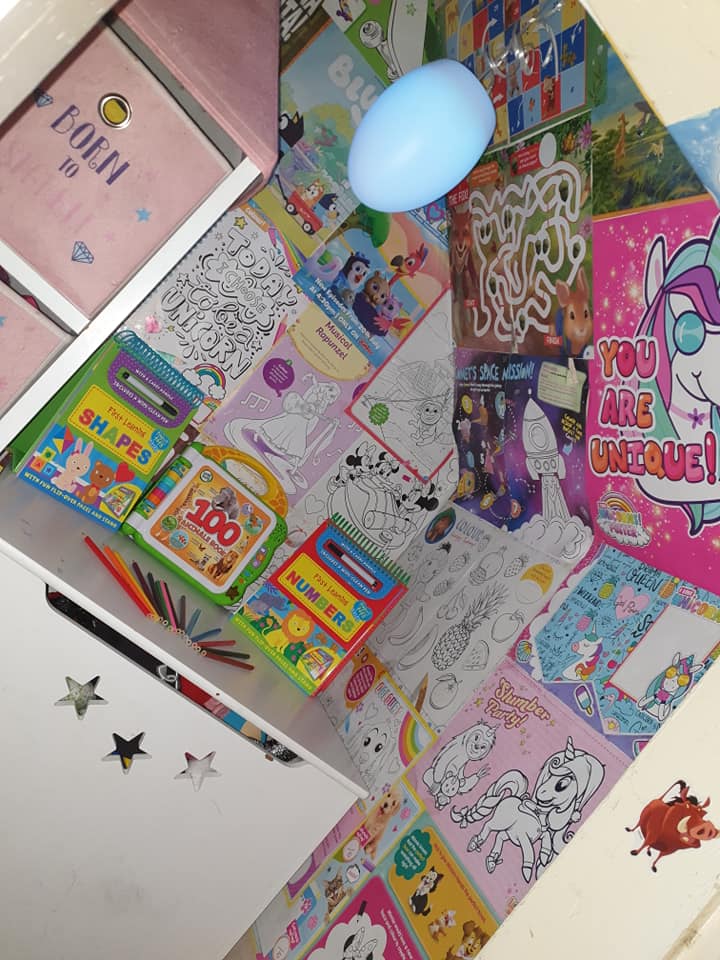 Mums have flocked to the post to commend Lucy for coming up with such a clever idea.

One wrote: "This is making me want to find a new home for all the shoes and do something for my son now. This is so cool!" 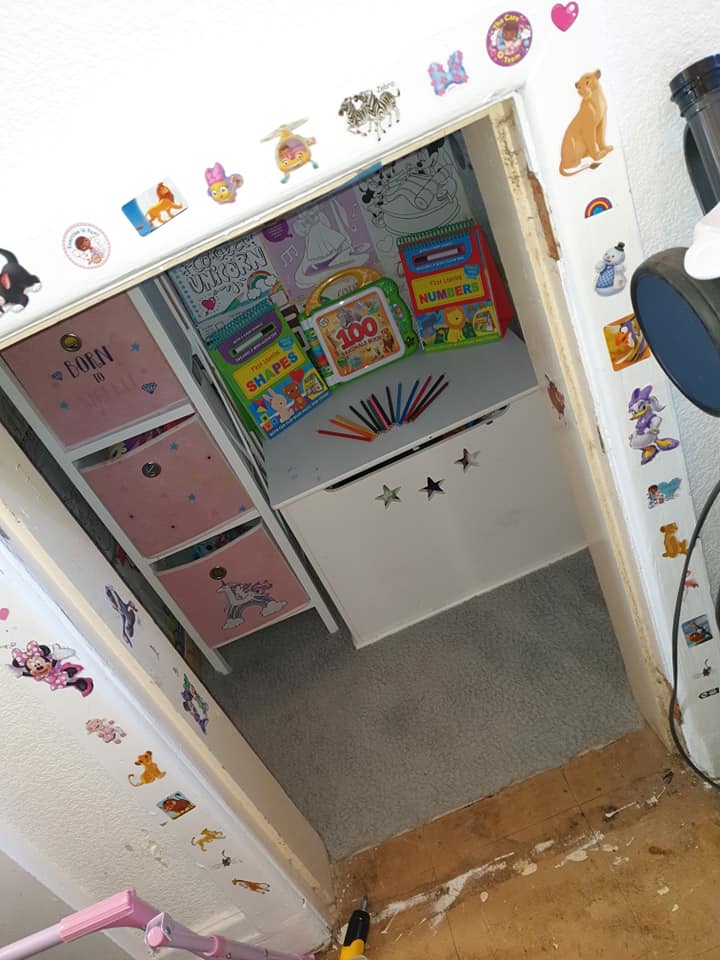 Another said: "That's amazing, both my girls love colouring."A third chimed in: "This is a great idea!"Love the magazine pages on the walls. Mine are all older now but wish I'd seen this while they were small."

In other parenting news, a hero mum shares the ‘real’ lunchboxes she makes for her kids filled with packets & sandwiches & is an instant hit.

And as we told you previously, a mum divided opinion for telling excited daughter, three, Peppa Pig outside – only for tot to be confronted by a CARCASS.

Meanwhile this mum makes her kid a ‘puzzle sandwich’ to make back-to-school easier and parents love the message behind it.