WHEN it comes to getting your child to sleep in its own bed, we're guessing there's no extreme mums wouldn't go to in their bid for a good night's sleep.

And one mum may have just found the answer, after testing out a genius hack that involves making a clone of herself with her hair extensions. 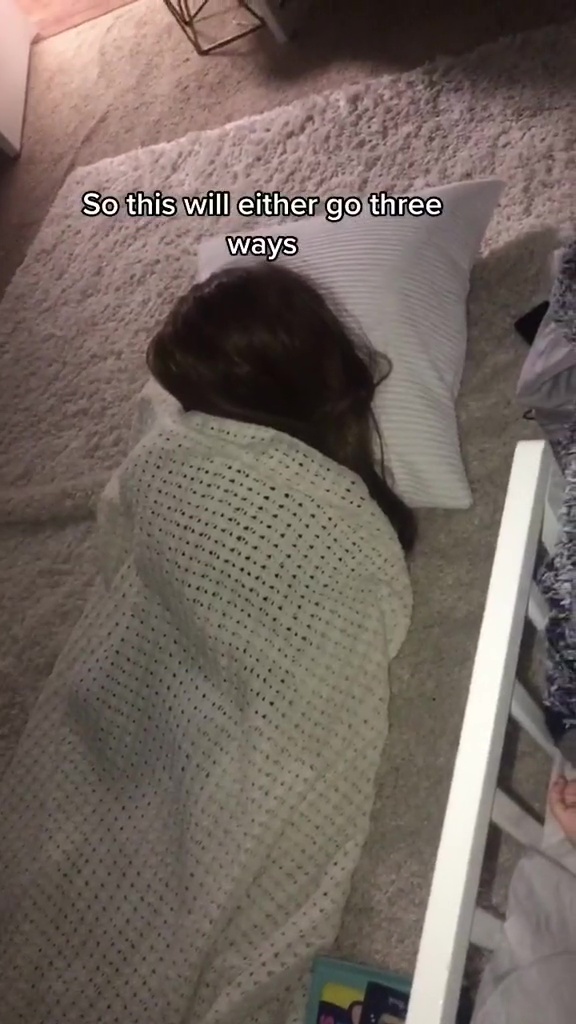 TikTok user Meagan Michelle Allen explained that she had grown tired of sleeping in her two-year-old's bed so came up with a clever – albeit creepy – way of supporting her toddler.

It involved hilariously wrapping her hair extensions around the head of a monkey soft toy and wrapping it up in a blanket next to her son's bed.

She said: "When you've slept in your 2 year old's bed for two weeks bc it's time for him to sleep in his own bed but he has separation anxiety but you really want a good night sleep so you make a 'clone' for 'support'."

After adding even more hair to the monkey, she teased: "So this will either go three ways – 1) my son will think it's me and go back to sleep. 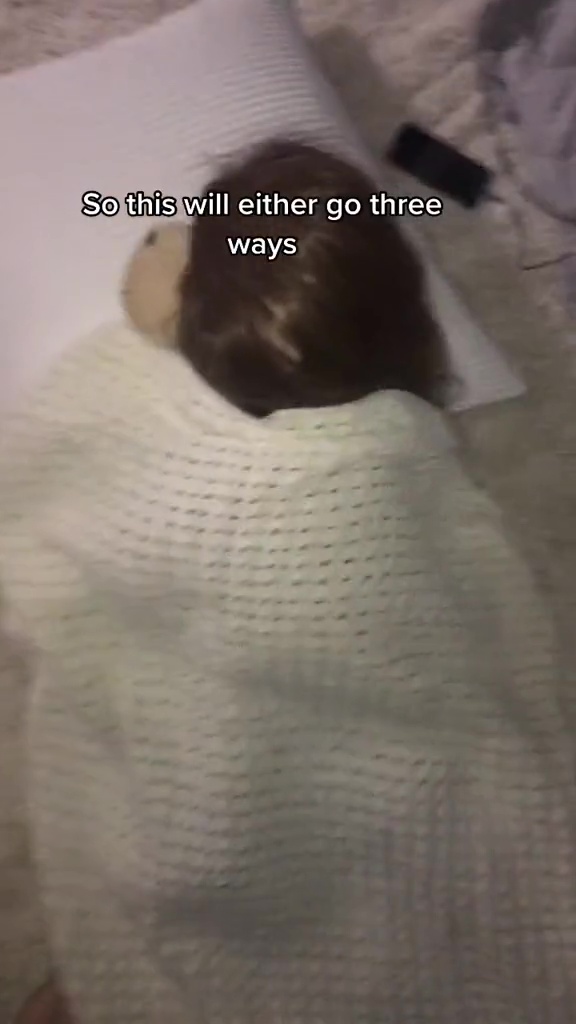 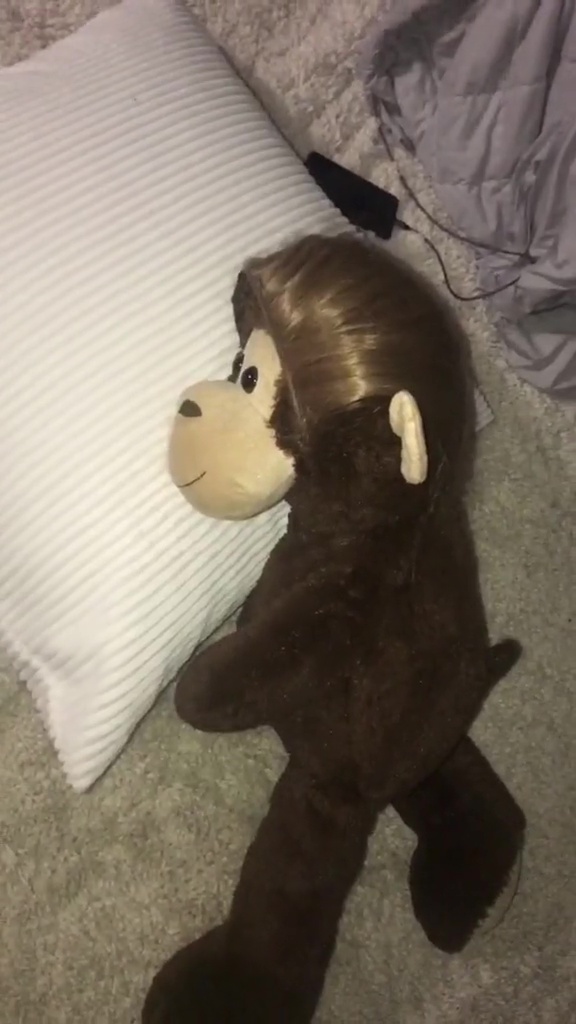 "2) my son will go to cuddle 'me' and 'my hair' falls off and he screams bloody murder and scarred for life.

"3) I'll wake up, forget that I did it & wake the whole neighbourhood up."

Thousands liked the video that has been watched over 1million times online and hundreds commented telling Meagan how "smart" they thought her trick was.

"Why did I never think about this, I'll need an update," posted one person. 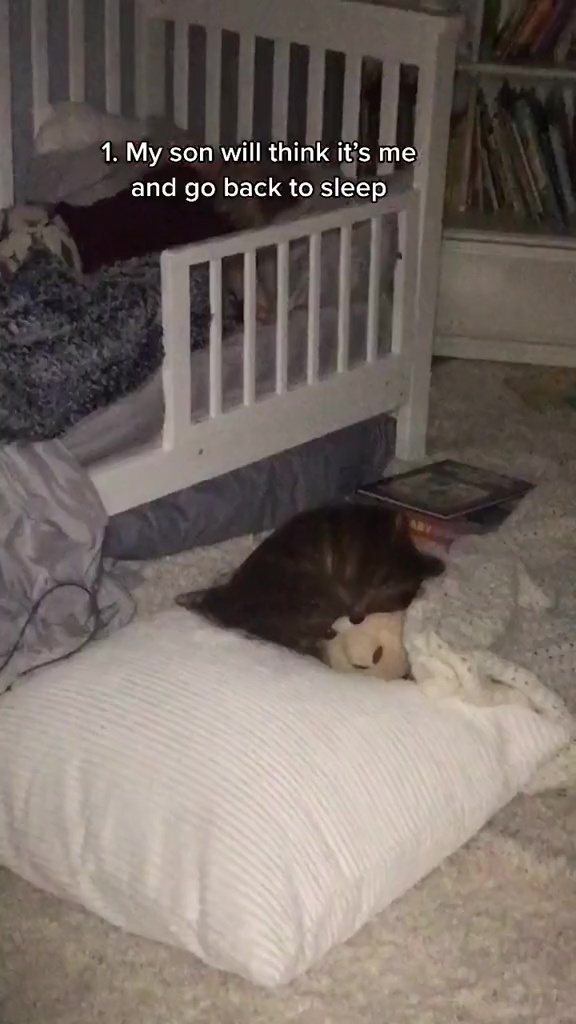 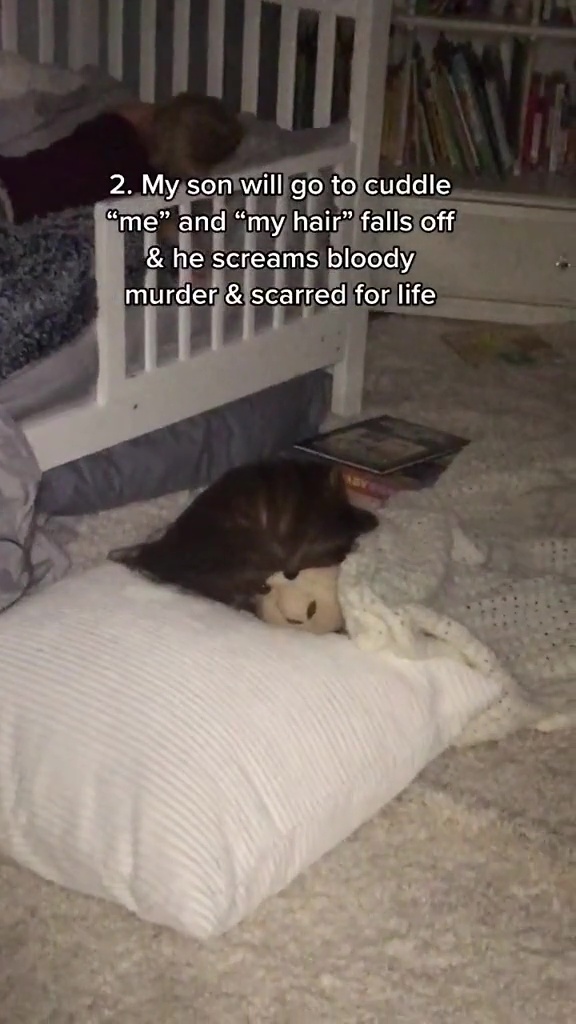 Another said: "This is so smart! But my two year old wakes and says 'mommy?' and makes sure I respond before she goes back to sleep."

A third teased: "Losing so much sleep ur gambling with trauma and I love it (sic)."

What Meagan didn't expect, however, was just how terrified the move would leave her husband. 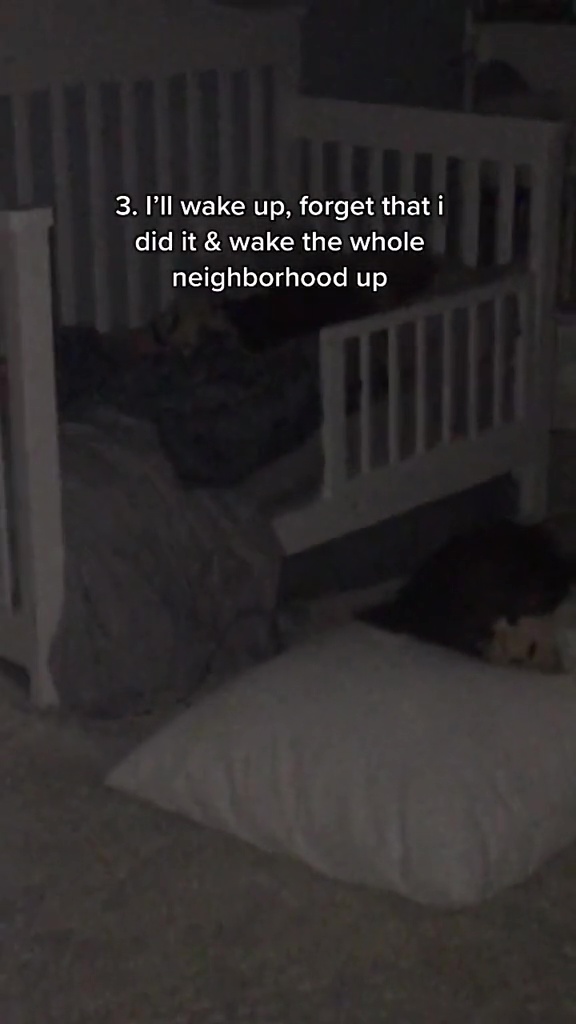 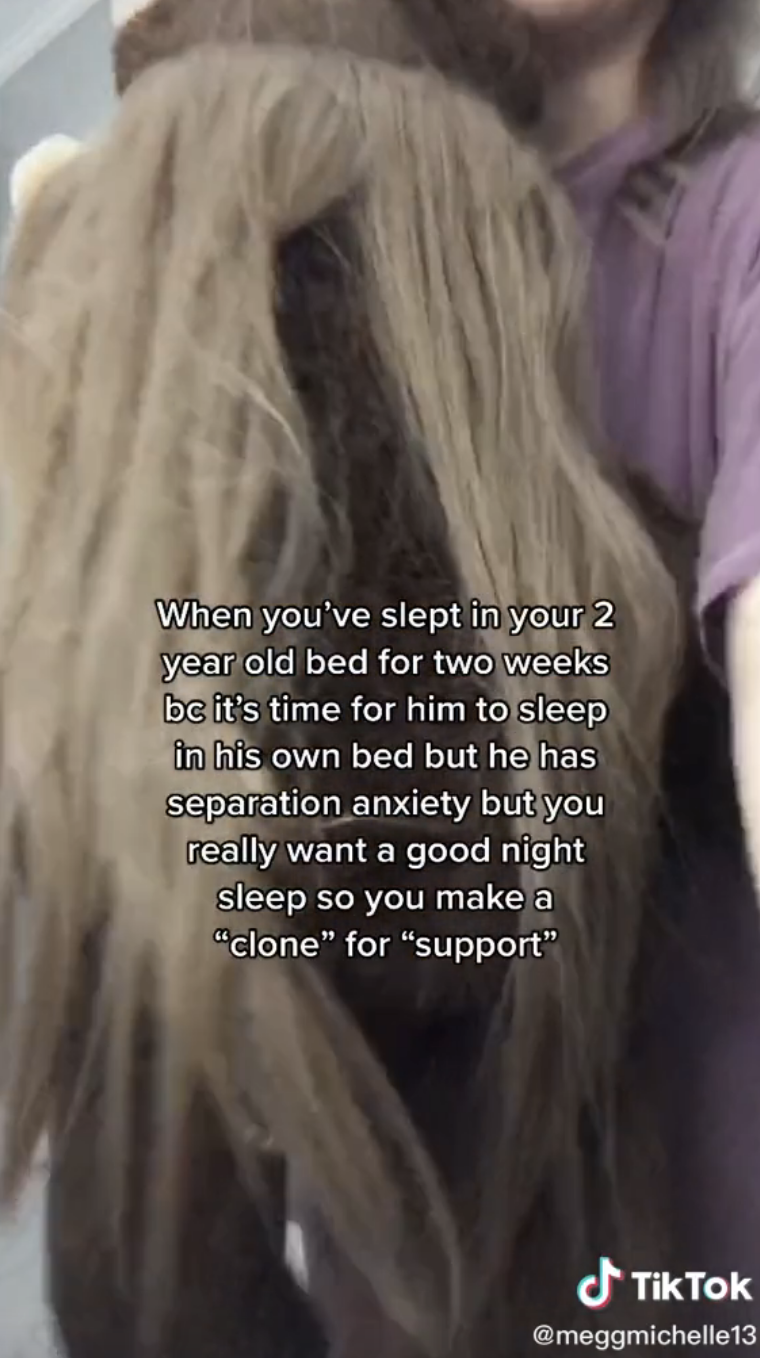 Sharing an update in a follow-up video, Meagan revealed her partner's reaction.

Meagan replied telling him it was a "monkey with my hair on", but that only seemed to terrify him more.

"Oh my god, go get that, are you crazy? What are you trying to do to him? If he sees that and thinks – poor baby… he's going to crawl over to it and start screaming and be traumatised. He's never going to come to you again," he warned.

"So creepy, I thought it was a girl sleeping there."

Meagan had the last laugh, however, as she revealed her hack worked a treat.

While her toddler did wake up, he looked over at the hair covered monkey and was so convinced it was his mum lying there, he fell back to sleep every time.

"I can't breathe, I'm laughing so hard. But all serious, so happy it worked for you," commented one fellow mum.

Another said: "Omg congrats!! I'm so happy it worked for you. Also your husband's reaction KILLED ME."

One mum added: "On my way to the store to buy a wig, defo trying that!"

Meanwhile, a mum-of-four toddlers shares easy hacks to make beach days a breeze, including how she gets sandy feet clean in seconds.

Plus, another mum claims that her 30-minute shaving foam hack will heal your sunburn.

And check out one mum's hack for applying sun cream on kids who hate it & parents say it's genius.