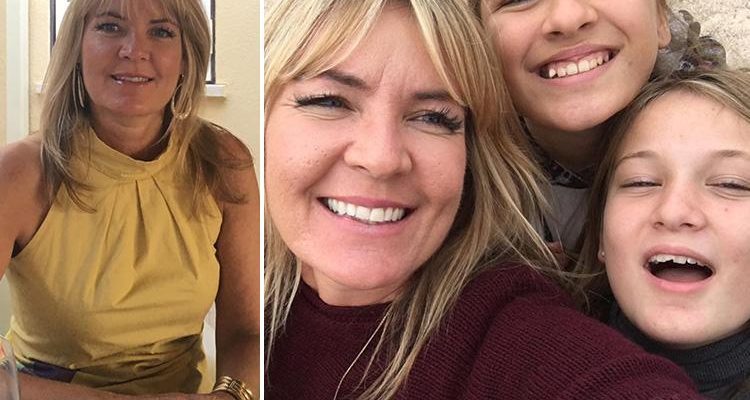 So when Helle Hobbis began to suffer arm cramps, muscle weakness and twitches, she began to worry. 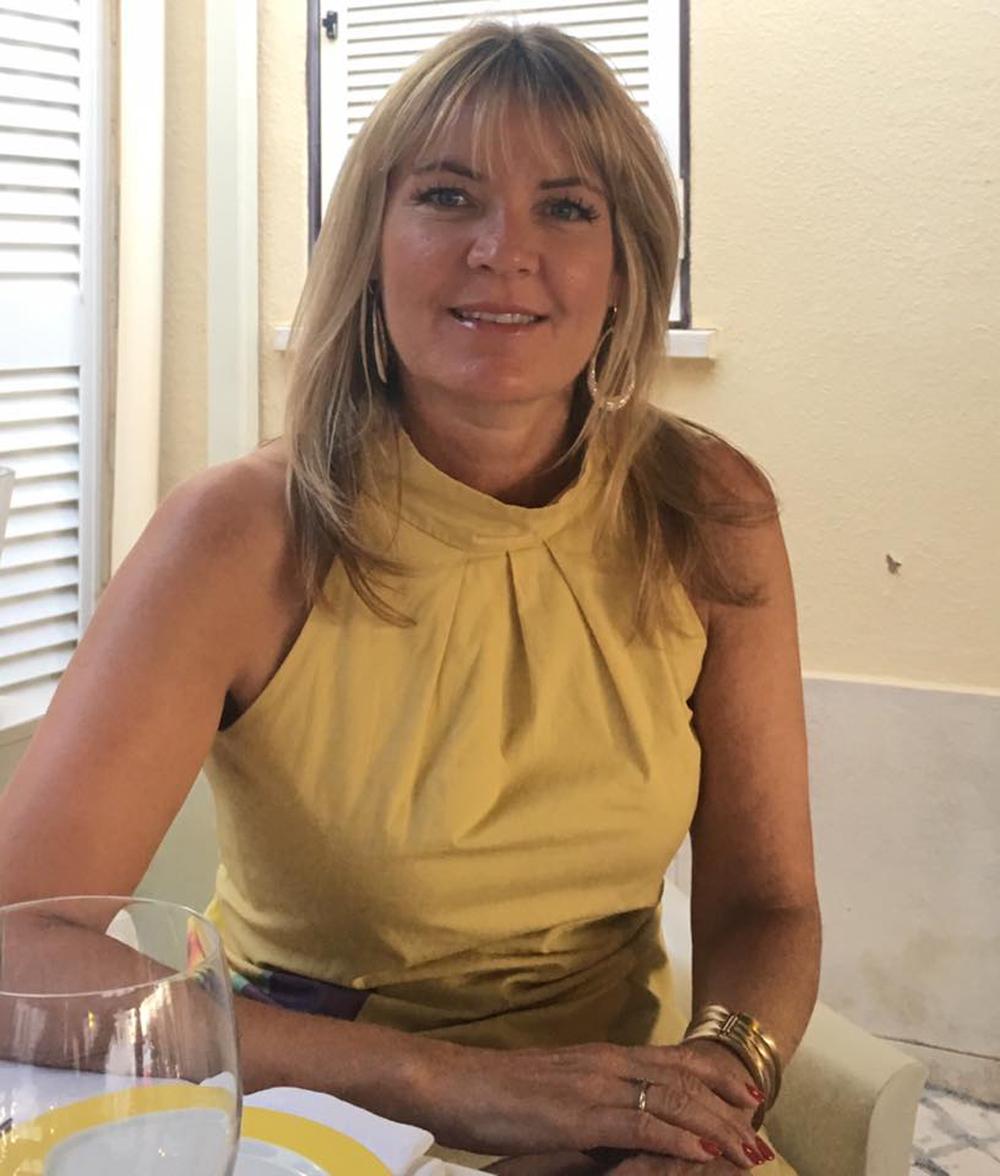 Her world came crashing down the day before her 47th birthday, when she was doctors diagnosed her with motor neurone disease – the same condition that claimed the life of world renowned scientists, Stephen Hawking.

They warned there was nothing medics could do to slow the progression of her terminal disease, prompting Helle to research alternative treatments.

Refusing to give in to her grave prognosis, she was willing to try anything.

Determined to buy as much time with her IT manager husband James, 51, and their kids Oskar, 17, Sara, 15 and Isabel, 13, Helle began a drastic detox to try and boost her immune system – knowing it was a long shot. 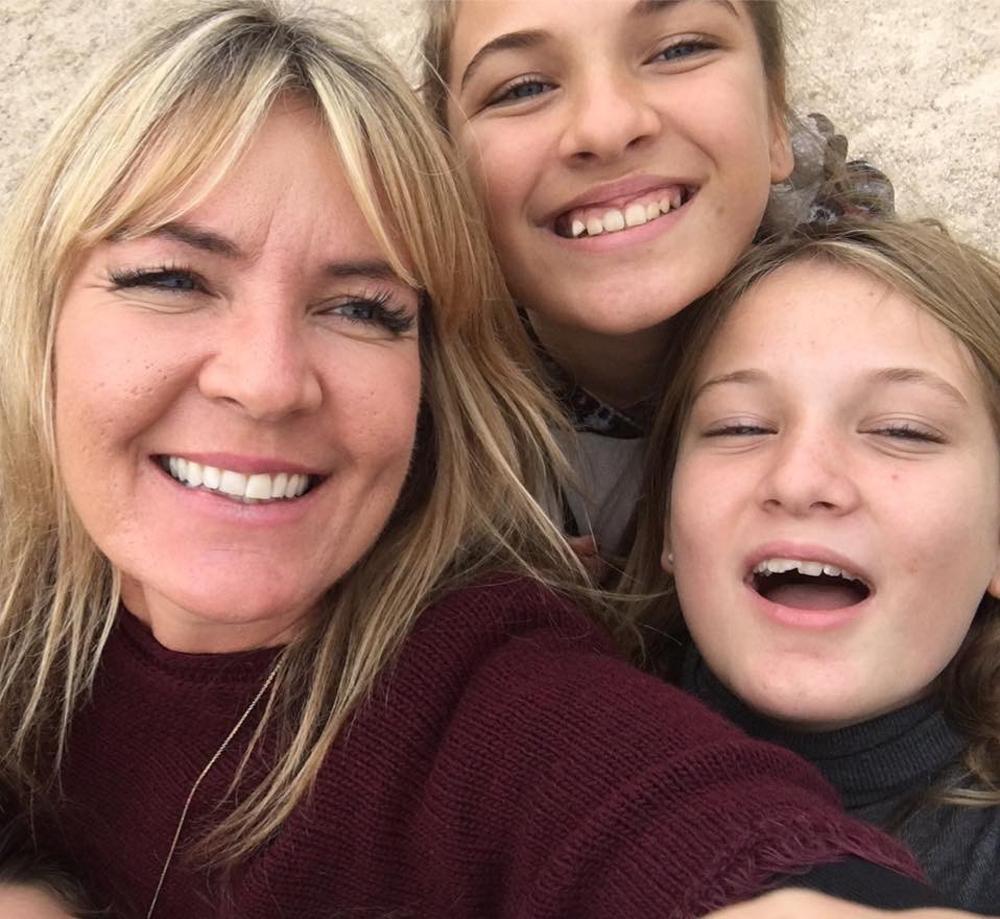 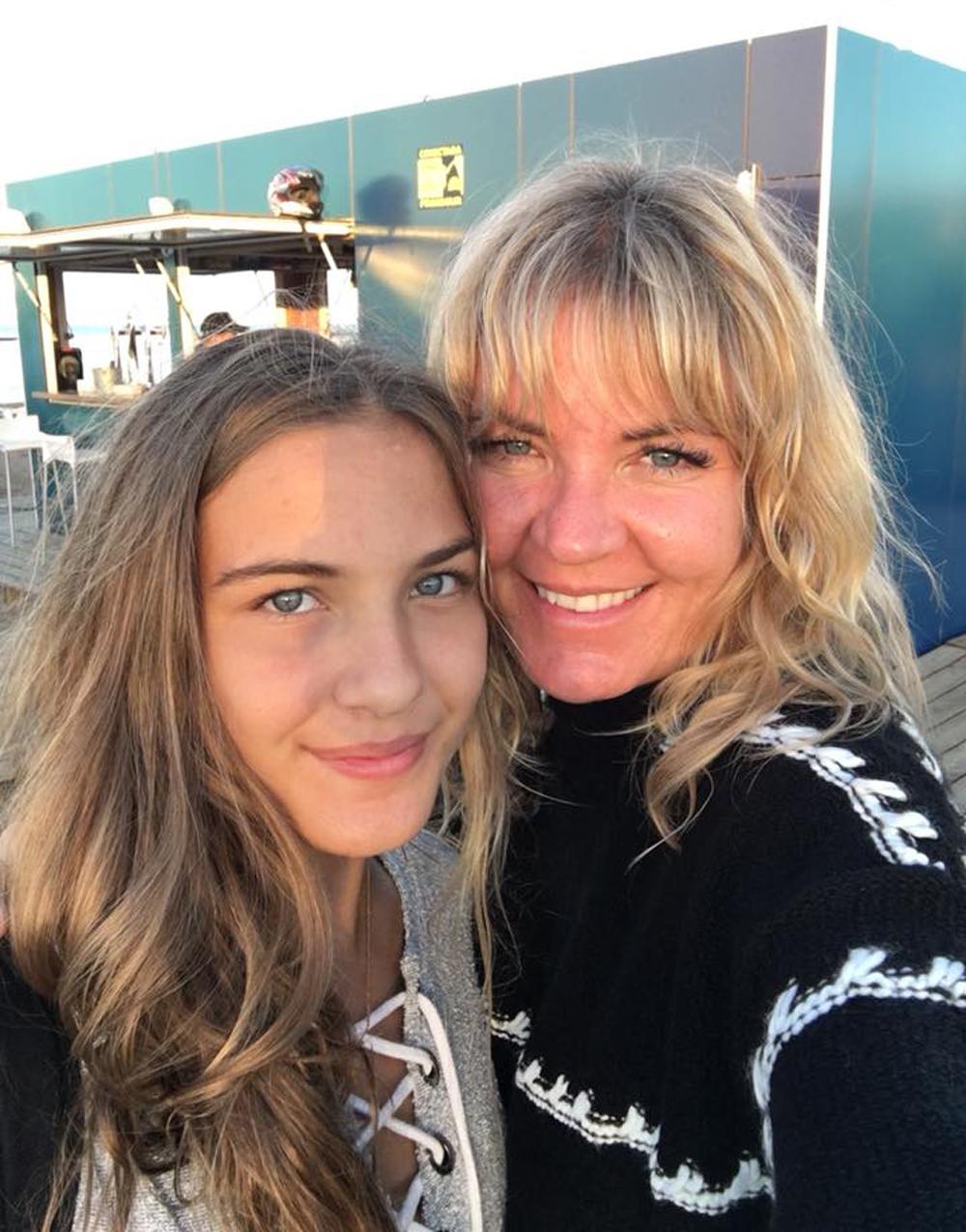 She’s even removed her metal fillings and replaced all the lead pipes in her house, in a vain hope – there being little evidence to suggest detoxing can slow the progress of the disease.

“I don’t think I’m going to suddenly wake up fine, all because I took my metal fillings out, but by ridding my body of toxins and bacteria, I’m at least giving my immune system a chance,” she said.

“At this point, anything is worth a try. Why shouldn’t I have the right to do whatever it takes to live?

“I have to survive for my family. At the moment, their moods depend on mine, and I feel awful for putting them through this, but we are strong, and we don’t take no for an answer.” 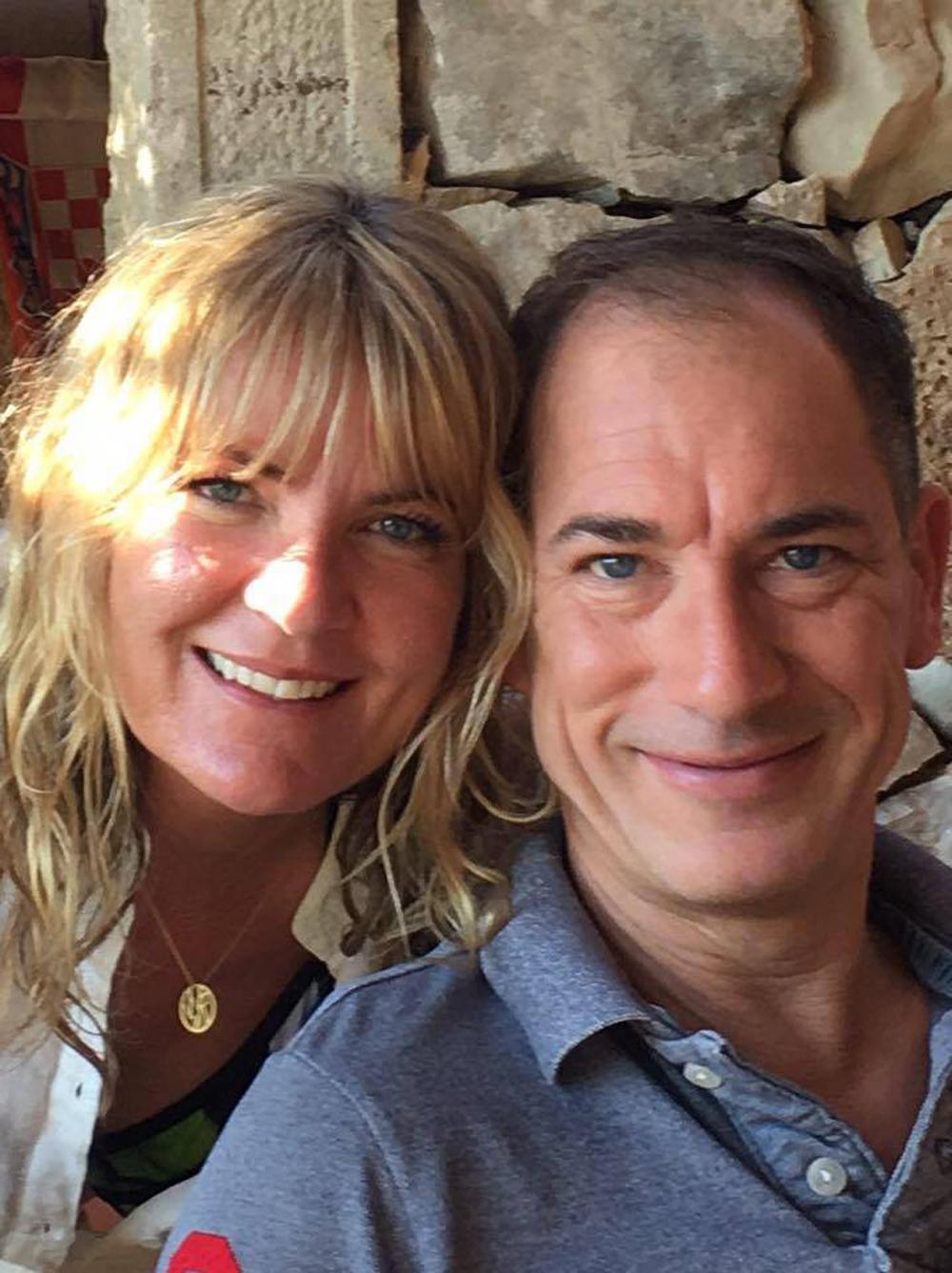 As well as axing sugar, wheat and dairy from her diet, Helle now only eats organic food.

She drinks green juices and takes 30 supplements a day, though there is no evidence to suggest a change in diet can slow the progress of the disease.

Straight away, I said, ‘I don’t want to die, but I felt as if the hospital was very limited in what could be done for me.

She is also crowdfunding to help raise money for her ongoing care – which includes a £25,000 stint in a clinic in Frankfurt, Germany, for immunotherapy in a bid to help boost her body's immune system.

Jogging 5kms every other morning before work, Helle, from Chislehurst, south east London, was the picture of health before her diagnosis.

But everything changed in spring 2017, when she was struck down by repeated illnesses that were difficult to shake off. 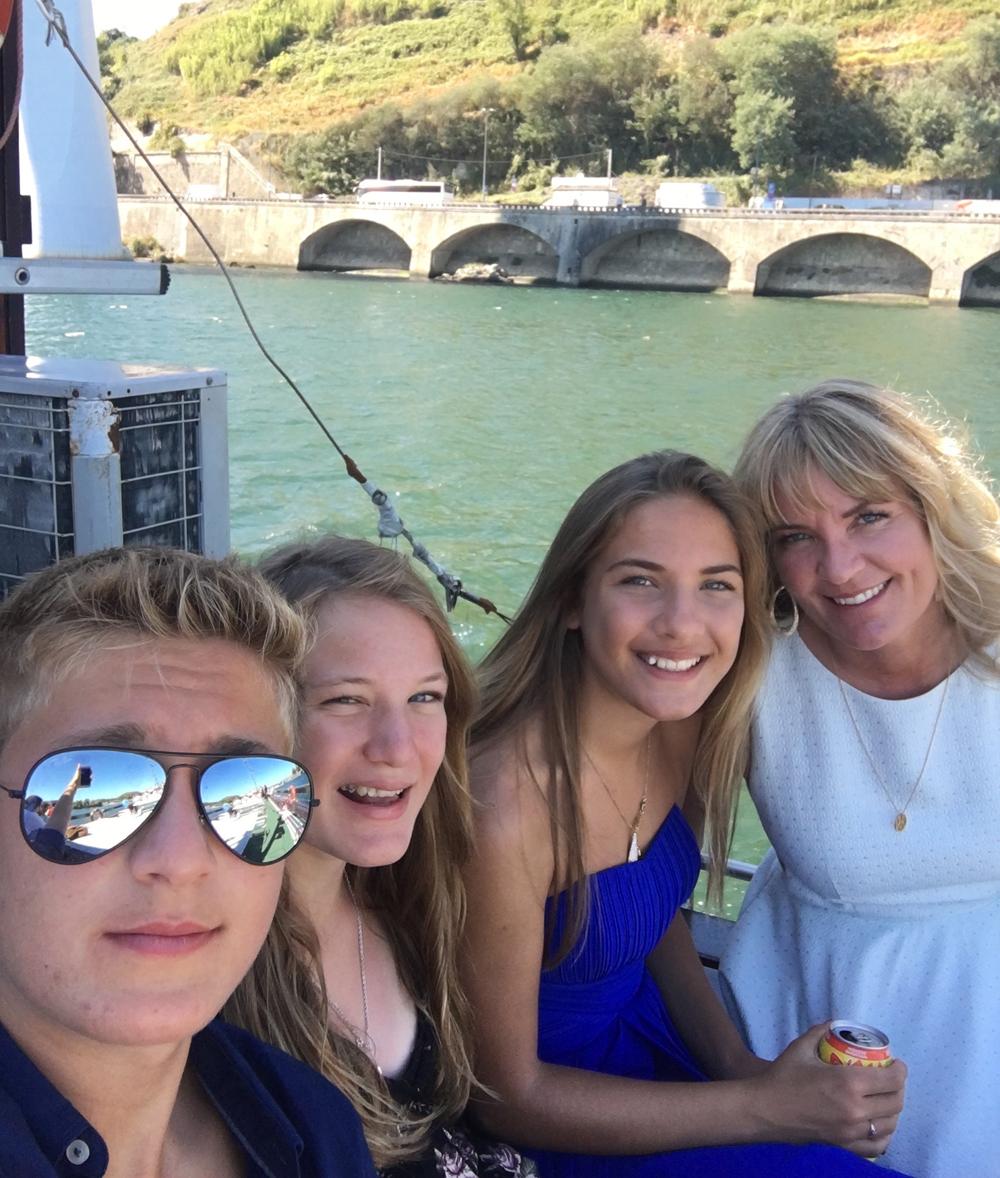 She also suffered with arm cramps, which she initially assumed to be a repetitive strain injury from using a computer at work.

“As time went on, I also started getting very high blood pressure, to the point where I stopped running, concerned it might make things worse,” she recalled.

Refusing to give in, Helle pushed on – even completing a walking marathon to raise money for a mental health charity.

A NEW TREATMENT THAT COULD BOOST THE IMMUNE SYSTEM

Immunotherapy is a new treatment that targets the body's immunie system.

According to the Cancer Research: “Immunotherapy ‘wakes up’ a patient’s own immune system so it can fight cancer.”

The treatment is fairly new and scientists are researching ways to harness the power of the immune system, but several trials are currently taking place.

The immune system works as a defence barrier by identifying faulty cells and protecting the body against diseases.

Sometimes faulty cells can go under the radar and develop into tumours.

Now scientists are developing ways to help the immune system to “remember” faulty cells so they can quickly recognise them if they come back.

But things came to a head in November 2017, when she was unable to walk up the stairs at the train station when she travelled into central London for an important work presentation.

“I called it Bambi on ice syndrome. I felt like if I took one more step, I would collapse,” she said.

“I’d grown up in a very fit family, where the thinking was that sport and exercise helped everything. Before, if I ever felt ill, I’d go for a run – but what happens when you are too sick to run?

“I was exhausted, waking up every morning feeling like I’d done a marathon.

"I’m a strong lady, but I knew at that point that something was very wrong.” 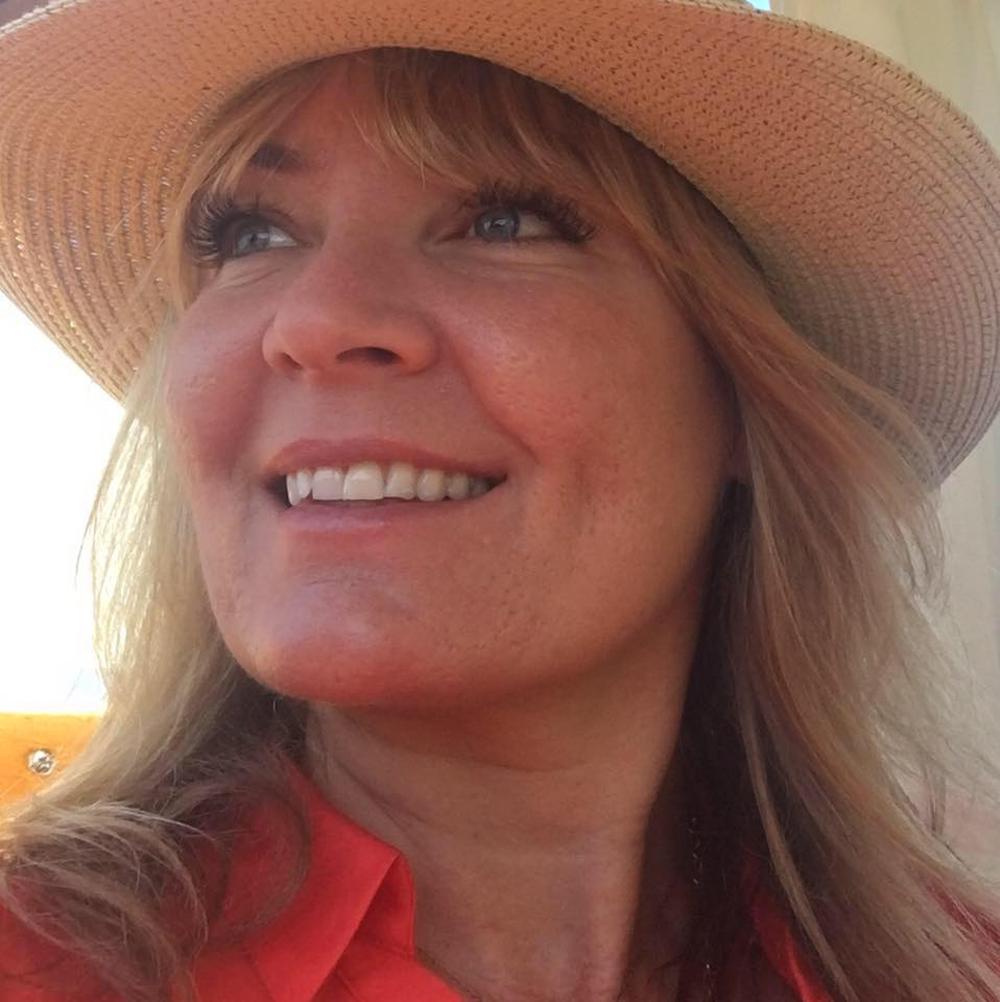 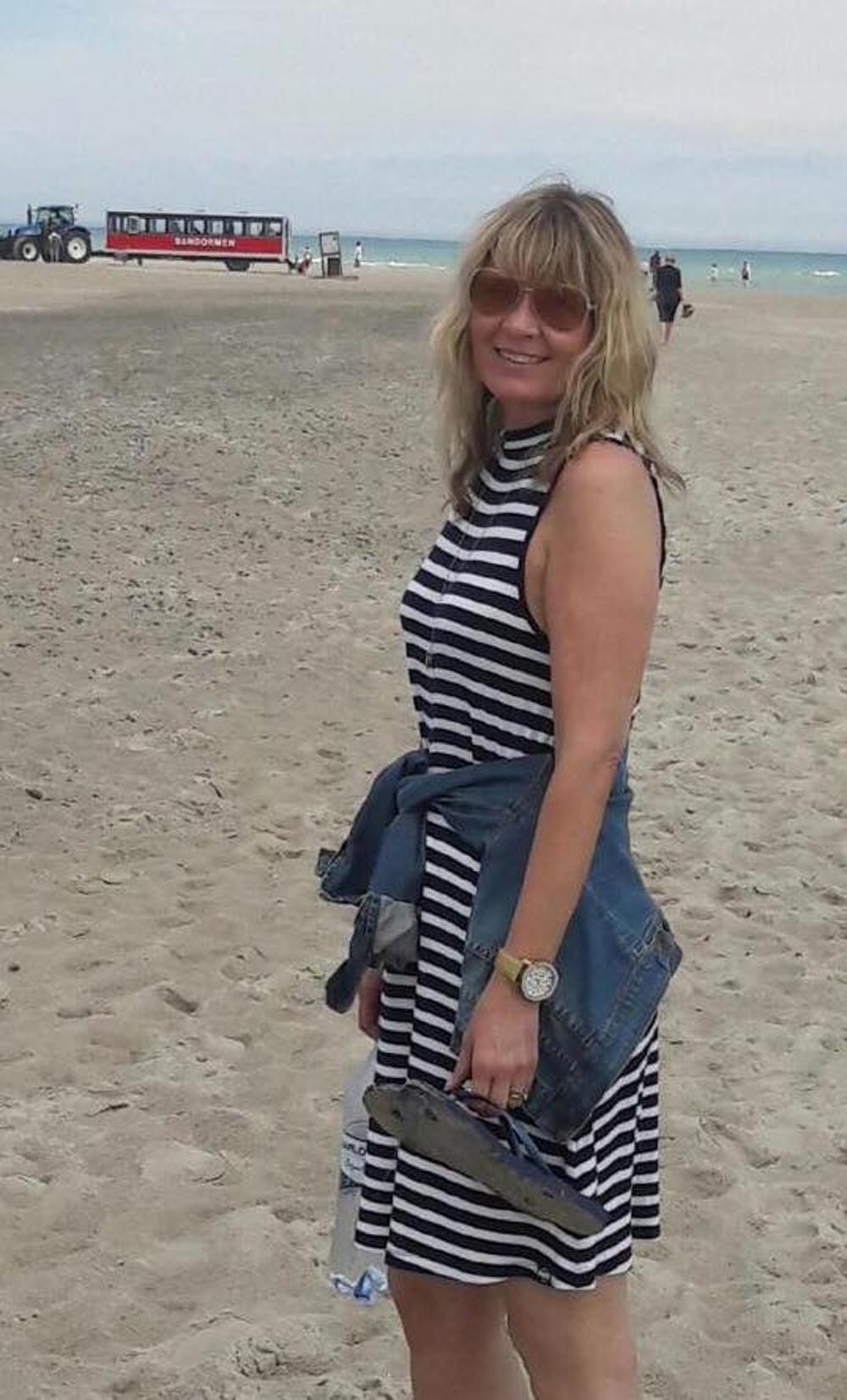 Helle saw a doctor, who tested her for a number of deficiencies, then referred her to a neurologist when the results came back clear.

By the time her appointment arrived in January 2018, she had already Googled her symptoms and suspected she was suffering motor neurone disease.

I’ve always been Mrs Independent, I’ve always active running or doing walks for charities… Now I can’t go anywhere on my own.

Also known as ALS, the incurable condition stops the nerves in the brain and spinal cord working over time.

As it progresses, messages from the nerves gradually stop reaching the muscles, causing them to weaken, stiffen and waste away.

Helle endured 28 blood tests, a CT and MRI scan and a lumbar puncture before she was officially diagnosed with the fatal condition. 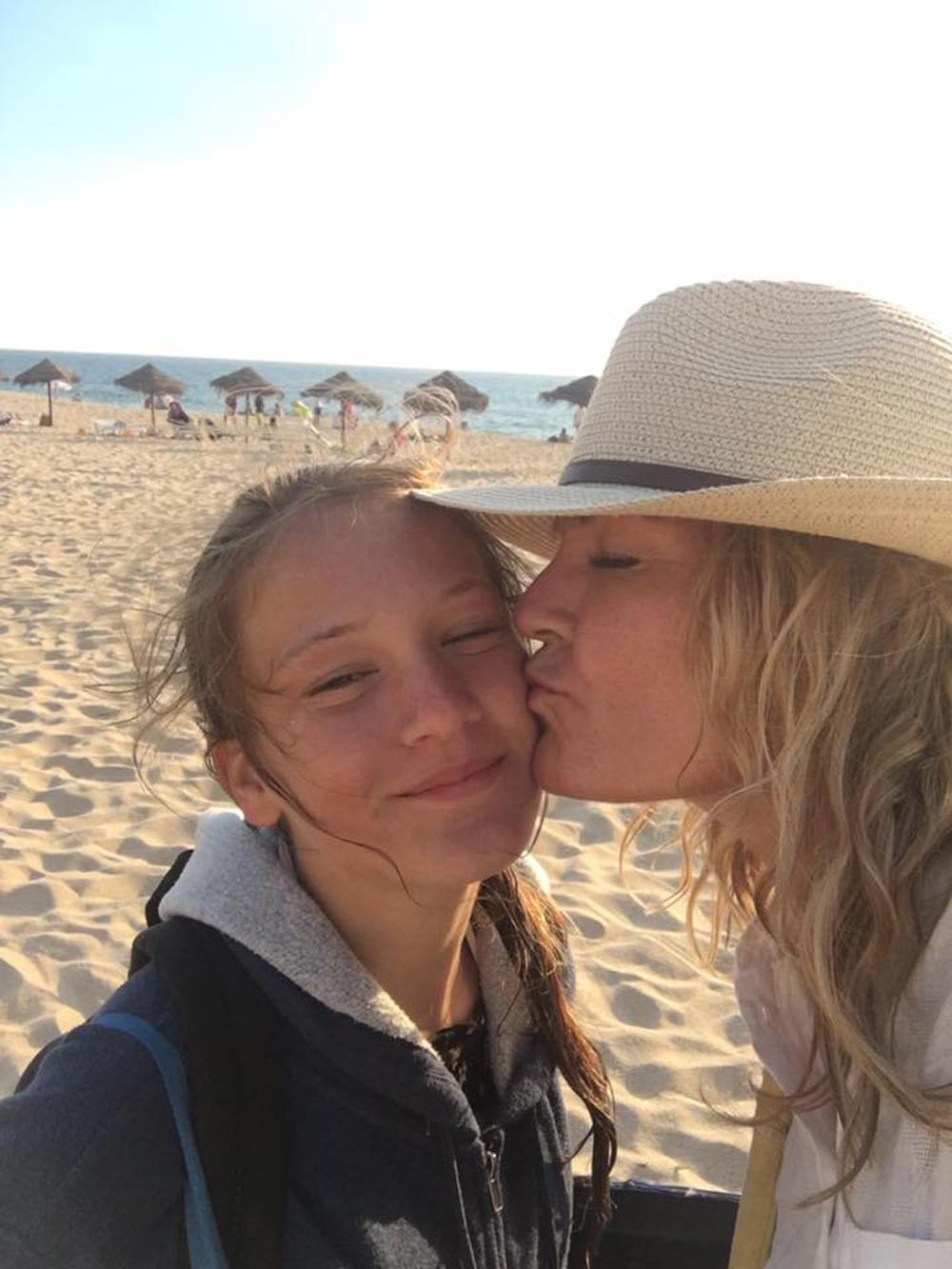 “I’ve got weaker since I was first diagnosed,” she said.

“I’ve always been Mrs Independent, I’ve always active running or doing walks for charities, I’ve got three kids who I was very active with.

“Now I can’t go anywhere on my own. I literally can’t walk out the front door without someone being there.

“I wake up every morning and think ‘Really, this cannot be true’. 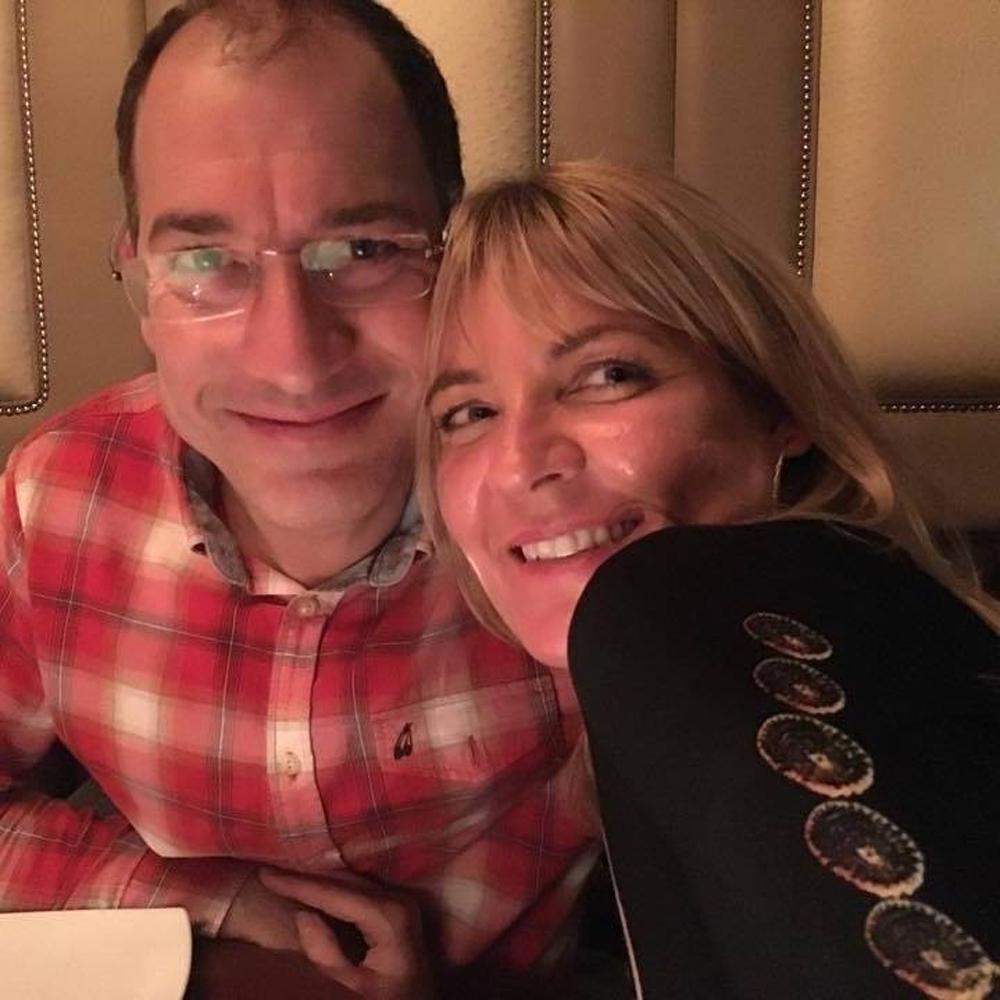 In April 2018, doctors suggested the mum-of-three might have multifocal motor neuropathy (MMN) – where a person’s nerves are attacked by their own immune system.

“They told me that it couldn’t be cured, but that there were treatments available to keep me strong,” she said.

“I had one round of immunotherapy, which boosts the body’s natural defences and, afterwards, while I didn’t feel exactly back to normal, there was some improvement.

“But my second bout didn’t work at all, which left me feeling very deflated.” 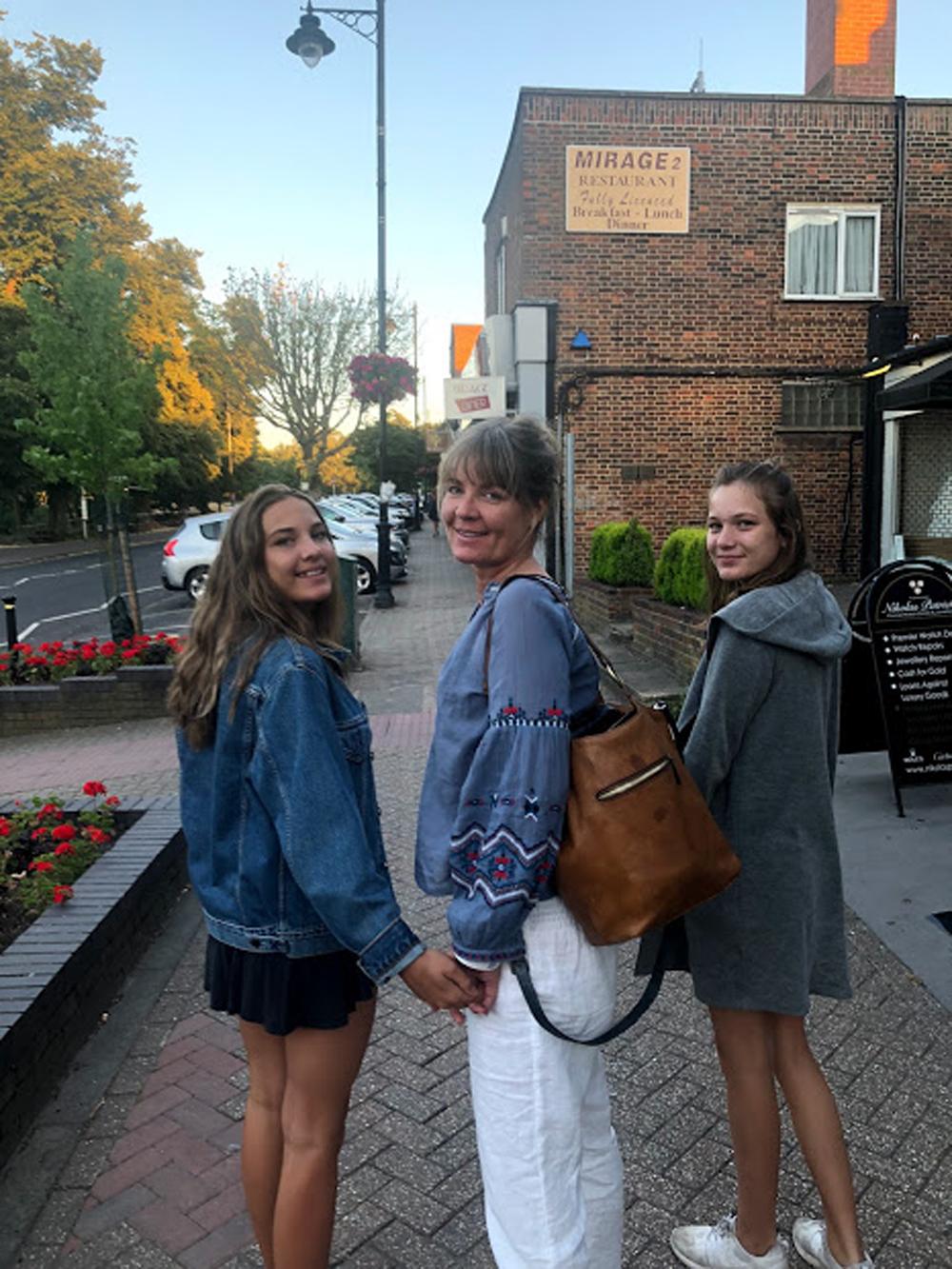 Helle was referred to another neurologist to determine why the treatment was no longer helping and in in June this year she was told she had motor neurone disease, rather than MMN.

“Straight away, I said, ‘I don’t want to die,’” she recalled. “But I felt as if the hospital was very limited in what could be done for me.

“There was more talk about how to make me comfortable – but when you’re on death row, you don’t just want to be comfortable.

“Left to my own devices, I started doing some research, realising that I wanted to be treated holistically. I didn’t want to just be looked at like some sort of rare case study.”

Connecting with three other patients, Helle discovered a number of clinical trials being rolled out abroad. 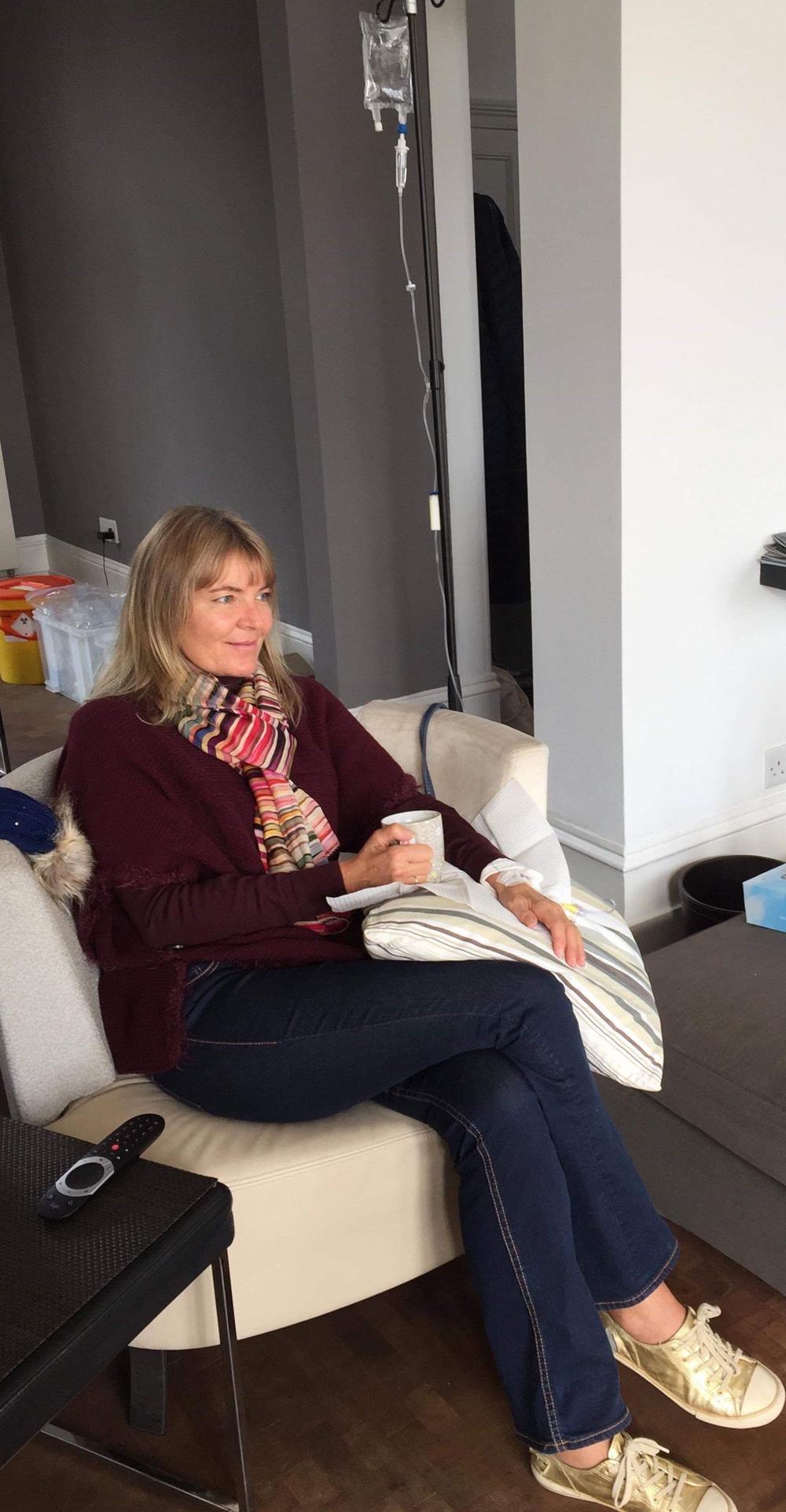 Currently, Helle is taking a drug from Japan designed to slow the progression of her condition, which is administered intravenously every two weeks via a private nurse.

Having read other online testimonies, she has also begun a radical detox in the hopes of improving her immune system, which is currently lower than that of a cancer patient.

“I want to rid my body of toxins, like traces of metal in my body. So, I removed my metal fillings and even replaced the lead piping in my house,” she said.

“There’s also so many pesticides and the such like in our food, so I’ve been on a very strict, limited diet. People may think this is hocus pocus, but I want to try.”

She is also paying for the Japanese drug Radicut, which costs £3,000 a month, which is believed to slow the progression of motor neurone disease by working as an antioxidant.

Money from her crowdfunding appeal will also fund three weeks at the Infusio clinic in Germany, where she will have pioneering treatment to target her immune system.

A RARE CONDITION THAT AFFECTS THE BRAIN AND NERVES

What is motor neurone disease?

Motor neurone disease is a rare condition. About two in every 100,000 Brits develop it each year. It affects specialist nerve cells in the brain and spinal cord, causing the function of motor neurons to break down.

The majority of those diagnosed with the disease are given a three-year life expectancy starting from when they first notice the symptoms.

Even though there has been research into the cause of motor neurone disease, it is difficult to identify a particular trigger for the disease.

5-10% of all people with MND have the inherited or genetic form of the disease.

Whether there is a family history or not, other environmental triggers may still be needed for the disease to begin. These triggers may be different for each individual.

How is motor neurone disease treated?

Medical research is yet to find a cure for the rare illness.

Despite this, there is some treatment that can help those with motor neurone disease have a better quality of life, as well as helping with their mobility and bodily functions.

For those who struggle with respiration, a breathing mask may be prescribed. Riluzole is a medication that is used to help people with motor neurone disease, although it doesn’t prevent the condition progressing.

As it stands, this treatment has only shown a very small improvement in patients’ survival.

“I am doing all I can to beat the doctors’ dire verdict and see my children grow up, but I often think about all the poor people out there who don’t have the money, the family, the friends to help, who have to just listen to their prognosis and think, ‘That’s it’,” she said.

“It shouldn’t be this way. All I want now is to help others, but I need more strength myself before I can take on the world.

“At the moment I think if I don’t see any deterioration then that’s a good thing.

“In my kind of disease if I don’t deteriorate any further than where I am now then that’s a massive thing.

“Then being able to get even five per cent better is amazing, but first of all it’s about stopping the progression.

“If it’s this or the coffin to early then I will learn to live like this.”

Dr Nicholas Cole, head of research for the MND Association, said: “As with anyone, we recommend that people with MND look after their health and wellbeing as much as possible.

“There is currently no treatment or cure for MND, although there has been speculation around a number of unproven treatments.

“MND is likely to be caused by a combination of multiple genetic, environmental and life history factors.

“There is research going on around the globe to pinpoint the causes of MND and treatment for the disease, including a number of projects based here in the UK, funded by the MND Association.”

You can donate to Helle's cause at her Go Fund Me page here.