IF we can get our toddlers dressed and out of the house everyday, we consider that to be a big win.

So when it comes to special occasions, we can't blame any parents for wanting to go BIG with their outfits. 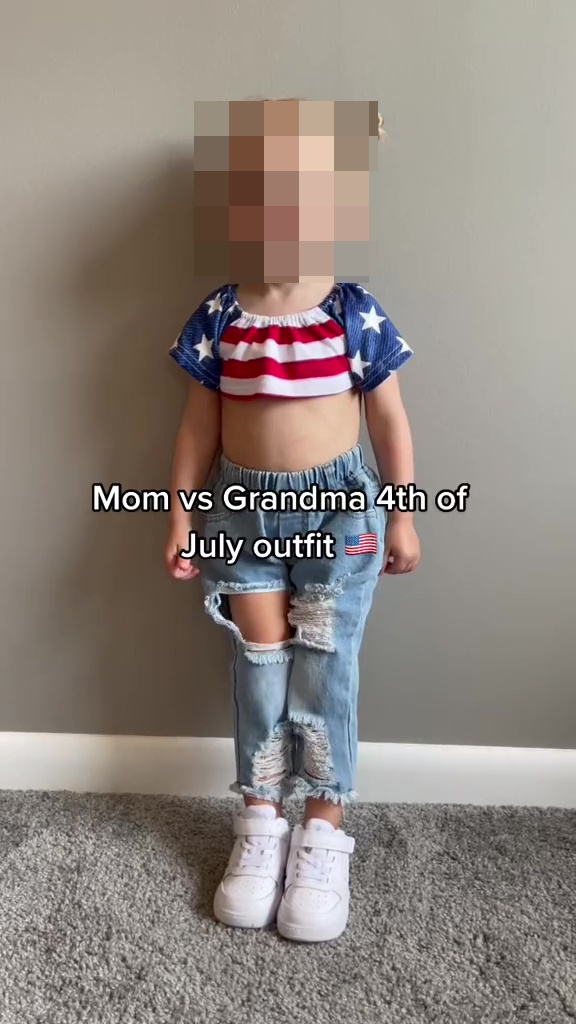 Ahead of the 4th July celebrations last weekend, an American mother proudly showed off the outfit she'd put together for her two-year-old daughter.

In a viral video that's racked up over 4.5m "likes", the parent filmed her toddler modelling the American flag crop top which had been paired with some baggy ripped jeans and trainers.

She then compared this to an outfit her daughter's grandmother had bought for her – which consisted of a red, white and blue gingham dress and leggings underneath.

To finish it off, the grandma added a novelty headband, matching American flag sandals and some cute beaded necklaces. 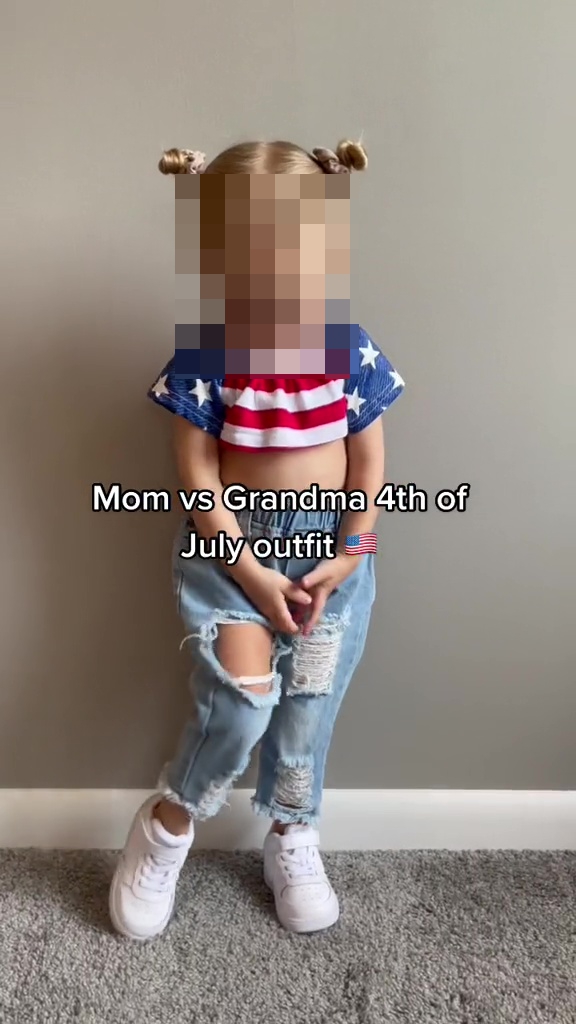 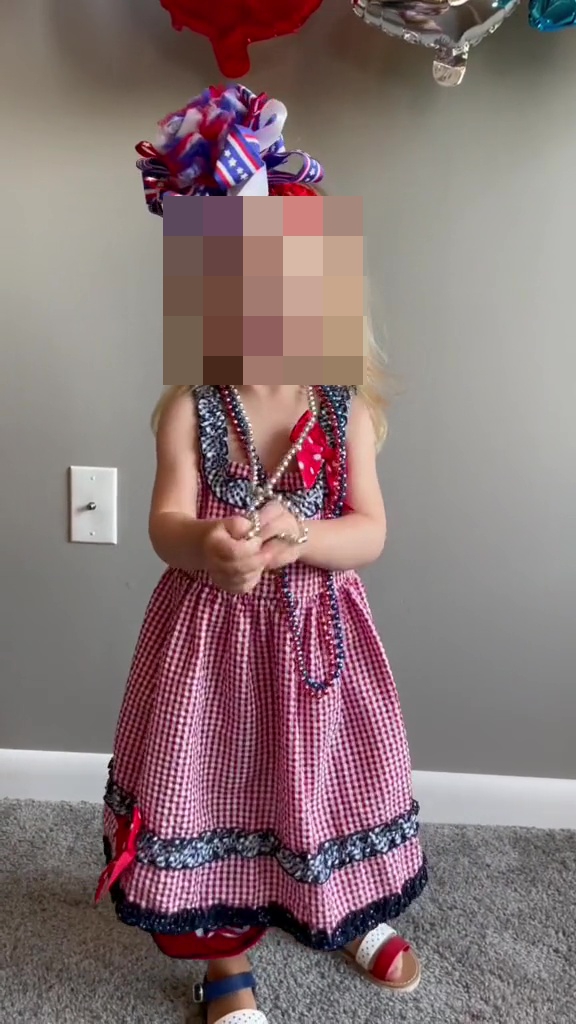 However, the clip sparked fierce debate in the comments – where viewers felt the mother's choice of outfit was "inappropriate" for a two-year-old.

Another added: "Yes, grandma dresses a little girl – not a teenager."

"Dress her like a child," a third wrote. "She shouldn't be wearing the same crop tops adults would wear outside."

Jumping to the mother's defence, a fourth said said: "Everyone is complaining about her wearing a crop top – what is the difference between that and a bathing suit?"

"Let's just talk about how cute she is in both outfits," another fan replied.

And this mum-of-eight shared the bunk-bed hack which lets FIVE of her kids sleep in the same room.

Plus this mum fumed after school nurse calls her daughter, four, ‘overweight’ and blames her ‘unhealthy’ lunchbox.